As Jeffrey Dahmer-inspired Halloween costumes continue to sell on sites like eBay, one of the serial killer’s victim’s mothers, has come forward and called these costumes “super triggering”. Tony Hughes’ mother Shirley expressed that watching “Dahmer-Monster: The Story of Jeffrey Dahmer” was already upsetting, now they have to see people dressed like the monster. 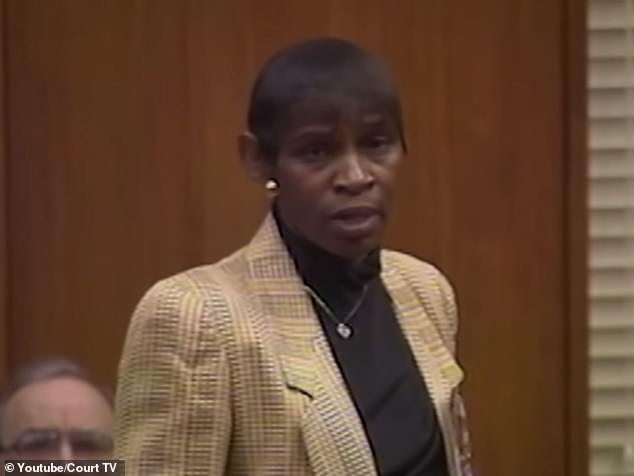 The mother of Tony Hughes, who was one of the 17 men that Dahmer killed, has come forward to slam Jeffrey-inspired Halloween costumes. Shirley Hughes revealed in an interview that “the disturbing costumes are simply exploiting the Milwaukee fiend’s 17 victims, and traumatizing their families.”

She stated that seeing the Dahmer series was in itself traumatising, let alone watching people celebrate Halloween dressed up like the “Milwaukee Cannibal”. As for the series, Shirley stated that  Dahmer’s reign of terror “didn’t happen like that. As for the Dahmer-inspired costumes, these fast-selling Halloween costumes include Dahmer’s signature sunglasses, wigs and short-sleeve button-down shirts, with images of a young boy posing for a mugshot as Dahmer. This also includes sweaters that read: “I eat guys like you for breakfast”. As Halloween approaches, Dahmer’s costumes have become the talk of the town. From sweaters that read: “I eat guys like you for breakfast”, to replicas of Jeffrey’s thin-framed glasses, Dahmer-inspired Halloween costumes are selling fast on eBay. Shockingly, some of the props for sale are made for children’s costumes.

For instance, one child’s rendition of the ‘Milwaukee Cannibal’ on social media recently went viral. Online retailers suggest that Jeffrey’s costumes are “easy to put together”. Apart from his dirty blonde wig and striped shirt tucked into khaki pants, eBay is also selling his replica glasses for $19.86 per piece.

There has been a massive outrage from critics who believe that dressing up as the “Milwaukee Monster” is unacceptable. Many social media users urged everyone to stop idolizing serial killers. Many netizens reminded people that buying such costumes is “not only tasteless but also hurtful towards the families of the victims”. One Twitter user wrote, “ppl are now considering dressing up as Jeffrey Dahmer for Halloween….. that series was the worst thing that could’ve happened.” Another wrote, “attention white people. DO NOT AND I MEAN DO NOT DRESS AS JEFFREY DAHMER FOR HALLOWEEN AND STOP MAKING TIKTOKS ABOUT HIM. Gen Z needs therapy. Stop glamorising serial killers.”

Jeffrey Dahmer sexually abused, murdered and dismembered 17 innocent men and boys, mostly people of color. Despite being condemned by the families of victims, Netflix’s “Monster” has become the second-most watched series after Stranger Things. However, the series already witnessed massive backlash from the families of Jeffrey’s victims.