Chaos erupted at Vancouver’s Breakout Festival on Sunday, September 18, when headliner Lil Baby canceled his performance moments before he was set to go on stage. The crowd went violent and destroyed sections of the PNE amphitheater as the rapper was nowhere to be seen at the venue.

Lil Baby then apologized to his fans on Instagram hours later, citing his bad health as the reason for canceling his set. Meanwhile, the festival grounds suffered a lot of damage, with the audience going on a rampage. 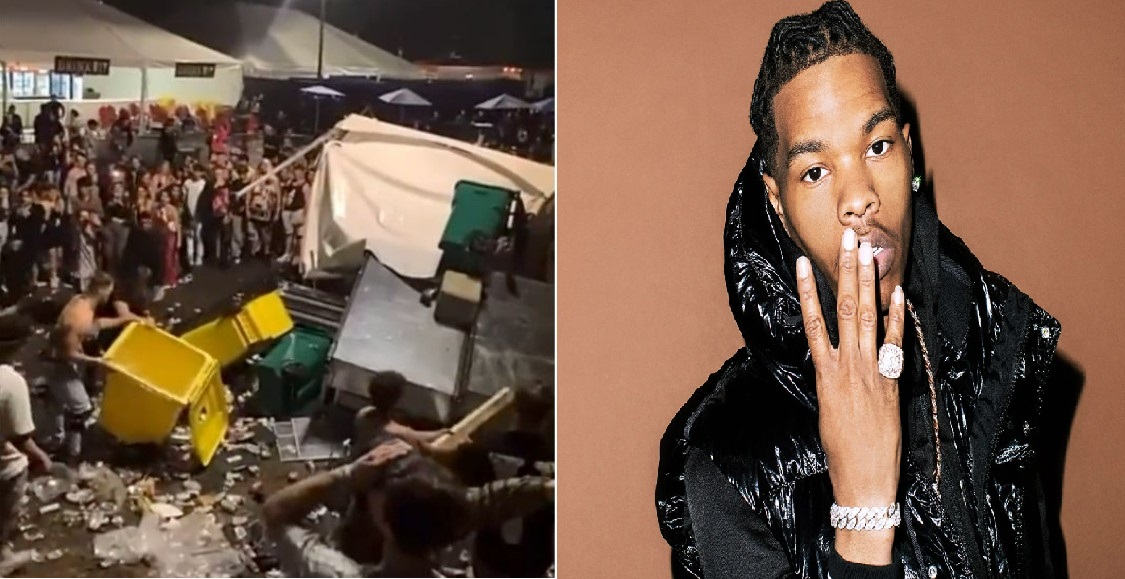 Several videos have surfaced online which show the crowd damaging the concert venue at PNE grounds in Hastings Park, Vancouver. The angry audience is seen tossing garbage bins and tearing down a drinks tent as the crowd cheers on.

Another video shows the fans lighting the tents on fire and trashing concession stands. Others were seen shouting “refund” at the empty stage. A video also showed a person on stage telling the pissed fans to contact Breakout Festival for more details as the crowd continued booing. “Love when I wait two hours and Lil Baby no-shows,” an attendee is heard saying in a video.

The Festival Issued a Statement

The organizers at PNE grounds have stated that their amphitheater and some areas of Hastings Park have sustained significant damage. After the whole chaos, the festival issued a statement on social media on Monday morning.

The official Twitter account of the festival tweeted, “Lil Baby arrived to Breakout Festival and was unfortunately too sick to perform. We know you were looking forward to seeing him, but these circumstances are beyond our control.” They went on to say that the audience would be granted partial refunds.

This city was due for a riot. pic.twitter.com/FEqvAybKDJ

The organizers also said that Vancouver Police Department was called to handle the situation. “Today, our first priority is for the safety and well being of our staff as many were deeply affected by the reaction of guests and behavior that ensued,” the organizers said in a statement.

“To our neighbors – the PNE is incredibly sorry for the actions of those guests and impact this behavior may have had on our community. We will be undertaking a full investigation and will be making further statements shortly,” the statement read further.

Lil Baby Apologizes to the Audience

The 27 year old rapper took to Instagram to post a lengthy apology note to the concertgoers. “I would like to start off by saying I truly apologize Vancouver Canada, the Breakout Festival and to everyone who was in attendance!” he wrote.

Lil Baby added that his body gave up before the concert, writing, “I have been going so hard these past few months without any breaks that it finally caught up with me and my body completely shut down. I owe you guys big time and will for sure make up for it soon.”

Let’s hope the rapper recovers soon, and such situation does not arise again. For more news and updates, keep watching this space.