Channing Tatum to Produce and Star in The One and Only Sparkella: Adaptation of his Children’s Book

The Magic Mike star Channing Tatum is set to produce and star in the adaptation of The One and The Only which is his children’s book. 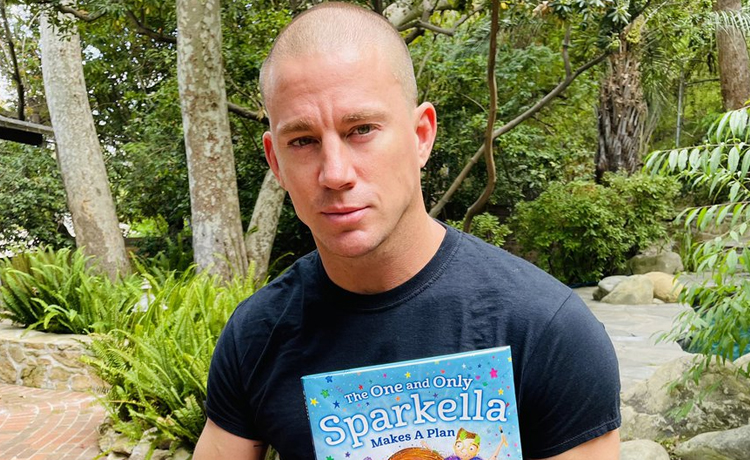 The One and Only Sparkella

The One and Only Sparkella is a children’s book which Channing Tatum wrote and now the film’s script is set to be written by Moana Scribe Pamela Ribon. This book was released in 2021 as a part of the three-book deal Tatum had with Feiwel and Freinds.

The second book of this series, The One and Only Sparkella Makes a Plan, will be released on May 31st.

PRIME-TIME IS SHINE TIME!!! @SparkellaTJones is coming to life with a live-action movie! It will be adapted by @pamelaribon, who has written some of my favorite animated films. pic.twitter.com/NcU5LnicsH

The synopsis of the film The one and Only Sparkella is as follows- “A live-action take on the magic of Sparkella that sees a father and his daughter fall headlong into the infinitely surprising world of her imagination.” The book centres on a relationship between a father and daughter, and tells a story about the importance of self-esteem.”

Sparkella is back, and this time she's learning an important lesson about patience!

Preorder leading actor, producer and director @channingtatum's THE ONE AND ONLY SPARKELLA MAKES A PLAN (illustrated by @kimillustration), out May 31 🦄 https://t.co/l6MQCfBEEv pic.twitter.com/j6VMI99cWV

Channing Tatum’s picture book which started its sales in May 2021 was able to become one of the New York Times best-sellers.

As we know that every person has that one exceptional talent in which they have their expertise but Channing Tatum is a person who is not only a talented movie star with a charisma which no one fails to admire. Tatum has been the star of many shows starting from The Coen Brothers’ underrated “Hail, Caesar!” to Steven Soderbergh’s “Logan Lucky,” and his most recent “The Lost City,” a rom-com where he is co-leading with Sandra Bullock.

i think we can all agree that sandra bullock and channing tatum in the lost city revive the 2000s rom-com film-vibe that we all thought was gone forever pic.twitter.com/To5goFP5ag

Apart from his acting, Tatum has even had his directional debut “Dog” in which is also starred. We for sure can now agree that there is nothing this man can’t do, ranging from his alluring adult dramas, Magic Mike to his family-friendly road trips and movies on adorable canines.

Another accomplishment on Tatum’s resume is writing a children’s book which was published in May 2021 and was called “The One and Only Sparkella” and now Tatum is all ready to turn this book into a live-action film that will not only be produced by him but also star him because we know that how diverse Tatum’s talents are.

Tatum revealed the news of the film adaptation through a post on Instagram where he was dressed in a tutu and a headband alongside holding a copy of his book.

Production and Cast of the Film Adaptation

As far as the production of the film goes, Tanner will produce the film via his Free Association banner. Michael Parets will be the one who will oversee the project under the banner. Parents, Peter Kiernan, Tatum and Reid Caroline and Cody caroline will be producers of this upcoming film.

With a production budget of $15M, the film's solid start shows that MGM's bet on original films (and in this case Channing Tatum's Free Association banner) is a good one.#Dog #DogMovie #BoxOffice pic.twitter.com/yssGv9lcwe

The film project is part of the Free Association’s first-ever look deal with MGM. As Tatum revealed that the inspiration to write this book was her daughter Everly and her “being herself in the real world.” Let’s see how the film turns out to be when the book itself was a best seller.