Cardi B in A Colourful Catsuit; Offset Couldn’t Resist A ‘Pat’ on her Bum

Cardi B was seen rocking a colorful catsuit on her way to apartment hunting. The Emilio Pucci catsuit could take your breath away and with the details we have, you might just be in awe of her too.

Cardi B is currently pregnant and is nailing all her moves to make it to the headlines. Moreover, she was spotted apartment hunting during the weekend with her husband.

During the hunt, the rapper, 28, was seen wearing an Emilio Pucci catsuit which had shades of Blue, Green, and Purple. 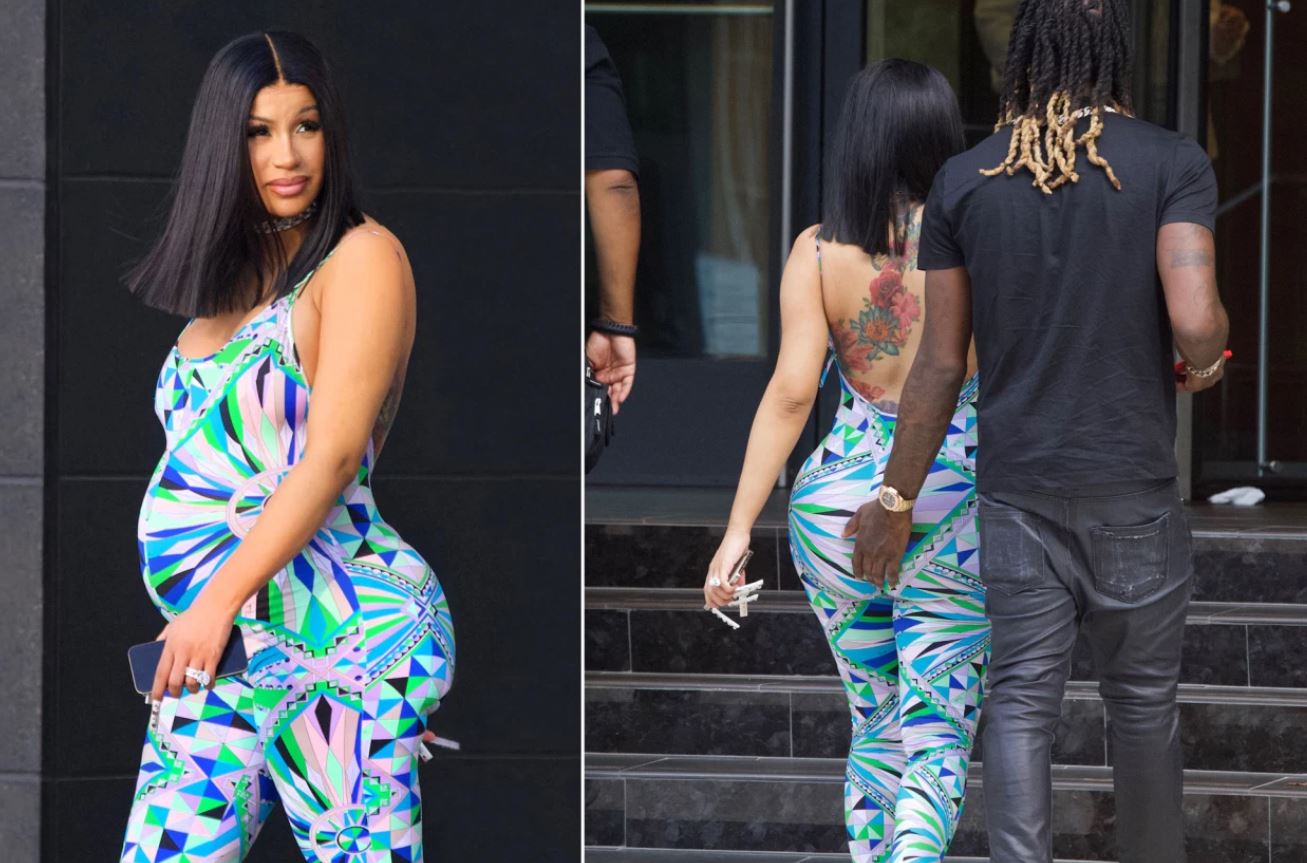 Therefore, clearly, Cardi B isn’t interested in hiding her curves at all.

The couple was on a tour in New Jersey looking for properties that would be accommodating the upcoming family members. Cardi is Pregnant, duh!

The rapper’s husband played naughty when he slapped her butt. Obviously, a friendly pat. *wink*

Cardi B Nailing That Catsuit Look

The catsuit that Cardi B is carrying on herself, hugging her pregnant bump in the finest manner, is sold out.

To pair her dress with the right sandals which were from Miu Miu cost $890. However, while house hunting, she preferred to switch to a comfortable pair of flip-flops to avoid hassles.

Grammy Winner, Cardi B, made her debut wearing the same jumpsuit when she made a debut with a catsuit more surprising. This was during her awards sesh in June. The ‘WAP’ rapper introduced the world to her second baby while she was on stage during ‘Type Sh*t’ 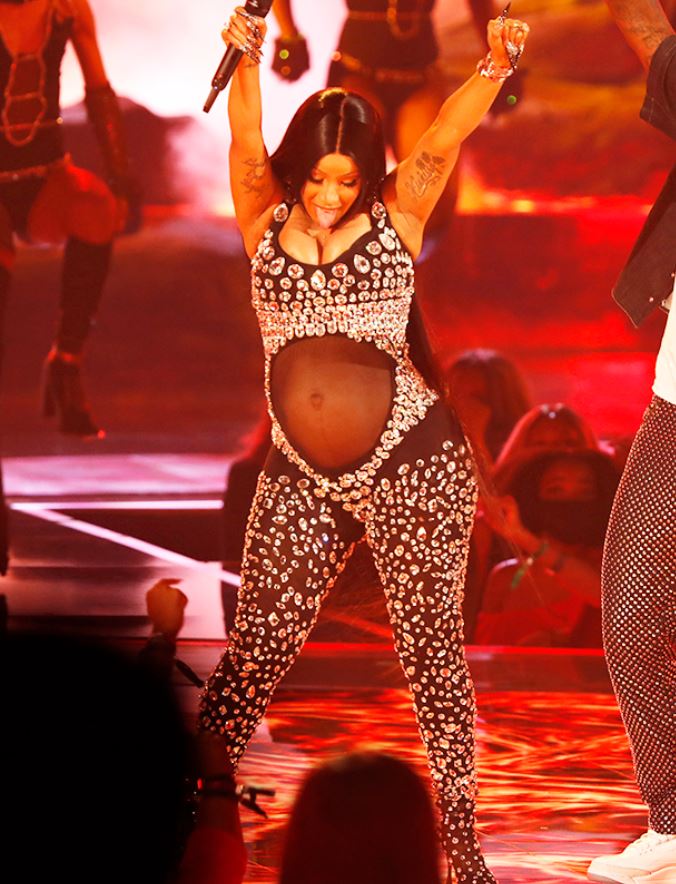 That wasn’t just all for Cardi.

She also openly made an announcement for Kulture’s pregnancy in a similar fashion. Back in 2018 is when she made the debut of her baby bump. This happened during a Night Live on Saturday. 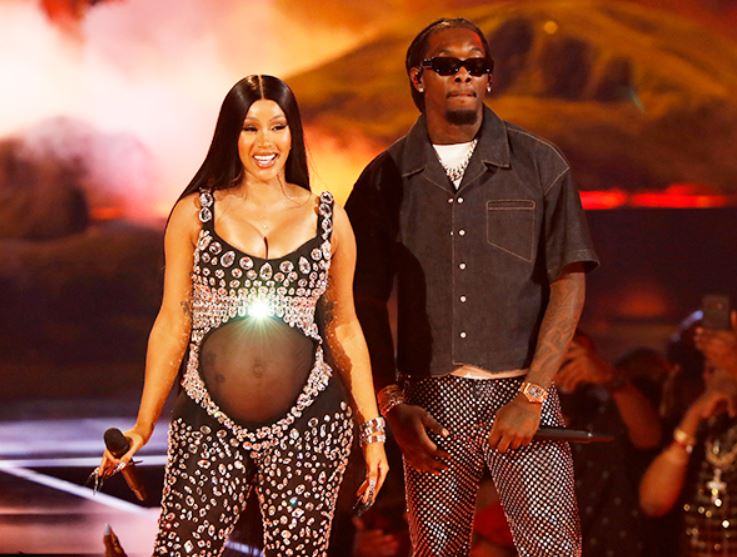 Cardi wrote – “I just know these two will love each other soo much and argue soo much since they’re 3 years apart…just like me and Henny,” which was in reference to her sister Hennessy Carolina.

She also added – “But one thing for sure is they’ll have each other’s back like no one else ever will.”

Cardi recently paired up with Lizzo for ‘Rumors’ which launched back on Aug 13. Soon after the release, Lizzo had to undergo backlash and he shared the experience on Instagram Live with tears in his eyes.

He further added, “What I won’t accept is y’all doing this to Black women over and over and over again, especially us big Black girls. When we don’t fit into the box that you want to put us in, you just unleash hatred onto us. It’s not cool.” 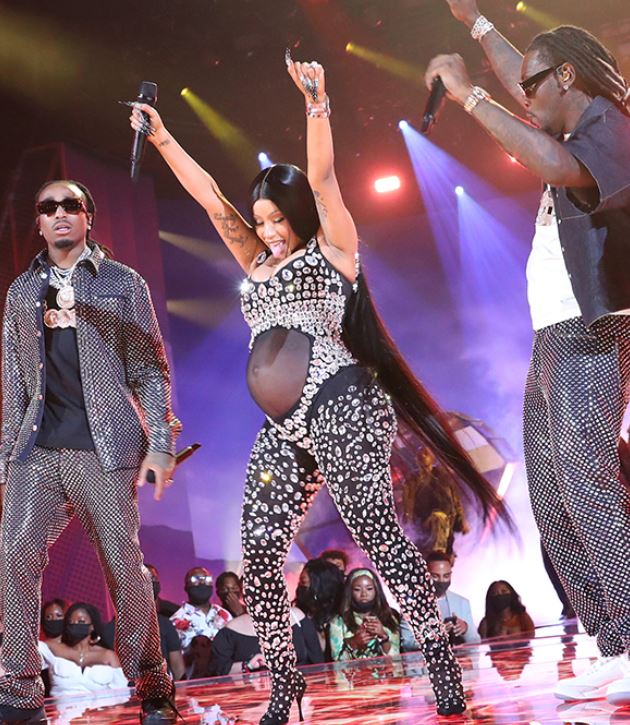 Cardi B referred to haters as ”nerds” to support Lizzo

Cardi also wrote – “When you stand up for yourself they claim [you’re] problematic & sensitive,”

When you don’t they tear you apart until you crying like this. Whether you skinny, big, plastic, they going to always try to put their insecurities on you. Remember these are nerds looking at the popular table.”