Oh my gosh! Here’s some recent news for all BTS fans about their beloved BTS member, Suga. You all know Suga, right? Min Yoon-gi is a South Korean rapper, composer, and record producer better known by his stage names Suga and Agust D. 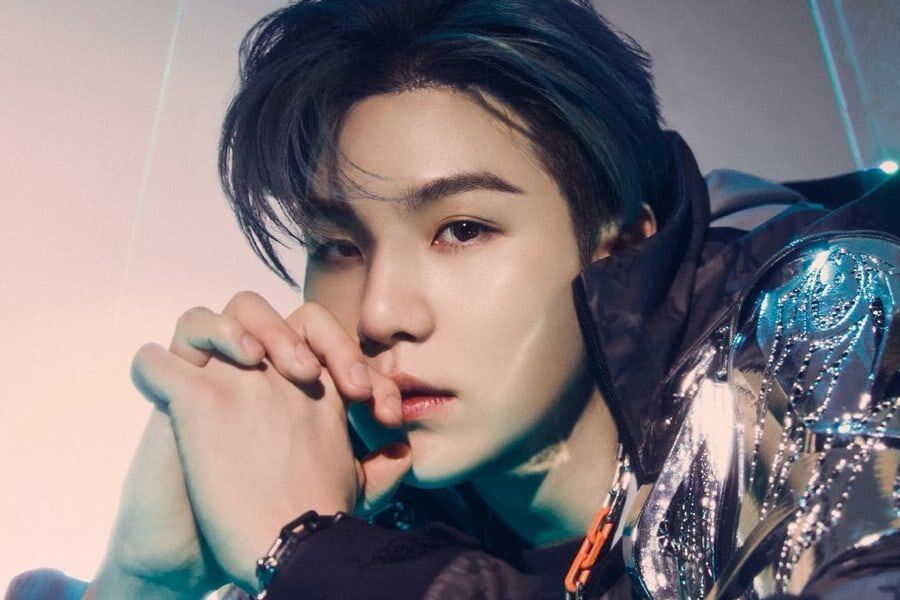 The stage name ‘Suga’ is derived from the first two words of the word shooting guard, which he played as a student in basketball. Let’s get into the news that everyone wants to know.

Suga, a member of BTS, is tested positive for Covid-19. BTS’s agency, Big Hit Music, verified the information on Friday.

The agency posted a statement informing fans of Suga’s condition and stating that they will do everything possible to help him recover as soon as possible. The rapper took the PCR test as soon as he returned to Korea from the United States on Thursday, according to the agency. On Friday, his test results came back as ‘positive‘.

You might be wondering that Suga already got the vaccination in August, and you’re actually correct. Despite having completed his vaccine in late August, Suga has still been tested positive for covid.

Suga, according to the statement, is not showing any symptoms. He is presently in self-quarantine and has not communicated with any of the other BTS members. They stated that Suga’s positive test results were received during his self-quarantine.

Also, Suga tested negative when he took the PCR test before traveling to the United States. Well, the positive results was recieved when Suga was actually in the quarantine process.

‘We will also diligently cooperate with the requests and guidelines of the healthcare authorities,’ the statement added. 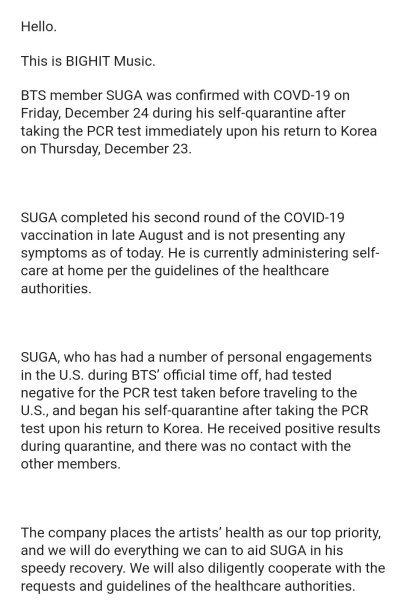 You all must know that, the group has been in Los Angeles since the end of November. Practicing for four sold-out stadium shows there.

The band then declared that they will be taking a break for the holiday to spend time with their families. All of the members gradually returned to Korea after their separate trips.

On December 23, Suga arrived in Korea and was immediately quarantined by the South Korean government. And now, you know the rest of the story now. 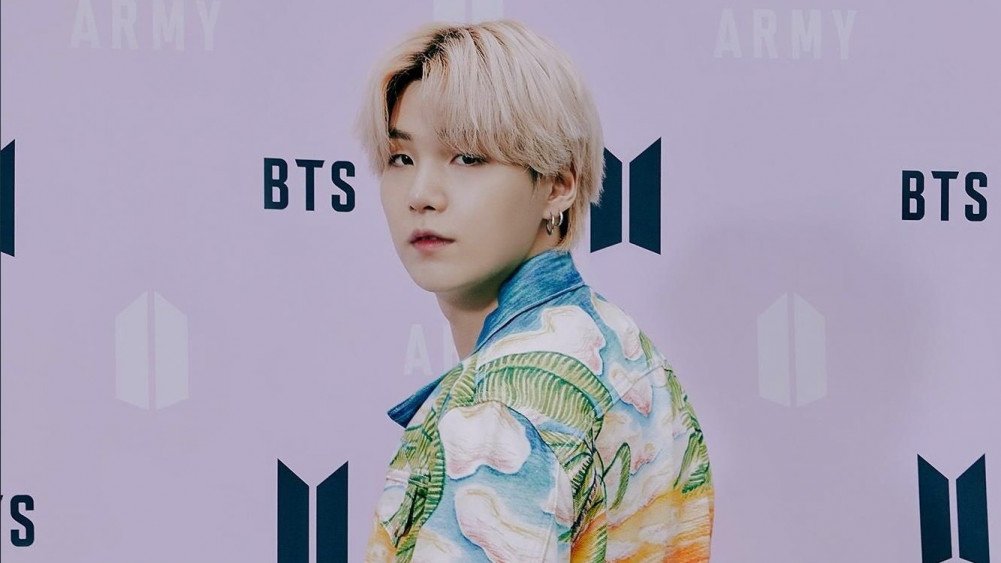 Suga is a well-liked member of the BTS band, and the news comes as a shock to viewers. Suga is being loved and prayed for by the BTS Army on Twitter, and all of the social media platforms.

We love you and we'll be here to support you!#GetWellSoonSUGA

Watch, the army is hoping for a speedy recovery.

We are hoping for the fast recovery of ARMYs who are in pain or experiencing COVID-19 right now, especially to BTS Suga. We also hope that the rest of the members are safe together with their families and to all ARMYs around the world.

We can rest, but don't quit. We got this!

Covid get the hell out , damn it 😭 wishing suga a safe and speedy recovery.

All the fans, from around the world is praying for Suga.

ALL I WANT FOR CHRISTMAS IS YOUR GOOD HEALTH AND HAPPINESS!😭

GET WELL SOON YOONGI❤️
THE MOST IMPORTANT THING FOR US IS YOUR HEALTH WHICH SHOULD BE GOOD NO MATTER WHAT!😭

SUGA I LOVE YOU ❣️
Covid get the hell out pic.twitter.com/23ZYDfghGn

Suga has been tested Covid positive 😭😭

We wish Suga has a speedy recovery, and he feels better soon. Lots of love and prayers. You can stay tuned with us for more updates.