Billie Eilish Announces a New Concert Film: How to Watch it?

Happier than Ever: A Love Letter to Los Angeles, a concert film by Billie Eilish, will premiere on Disney+ worldwide on September 3rd. 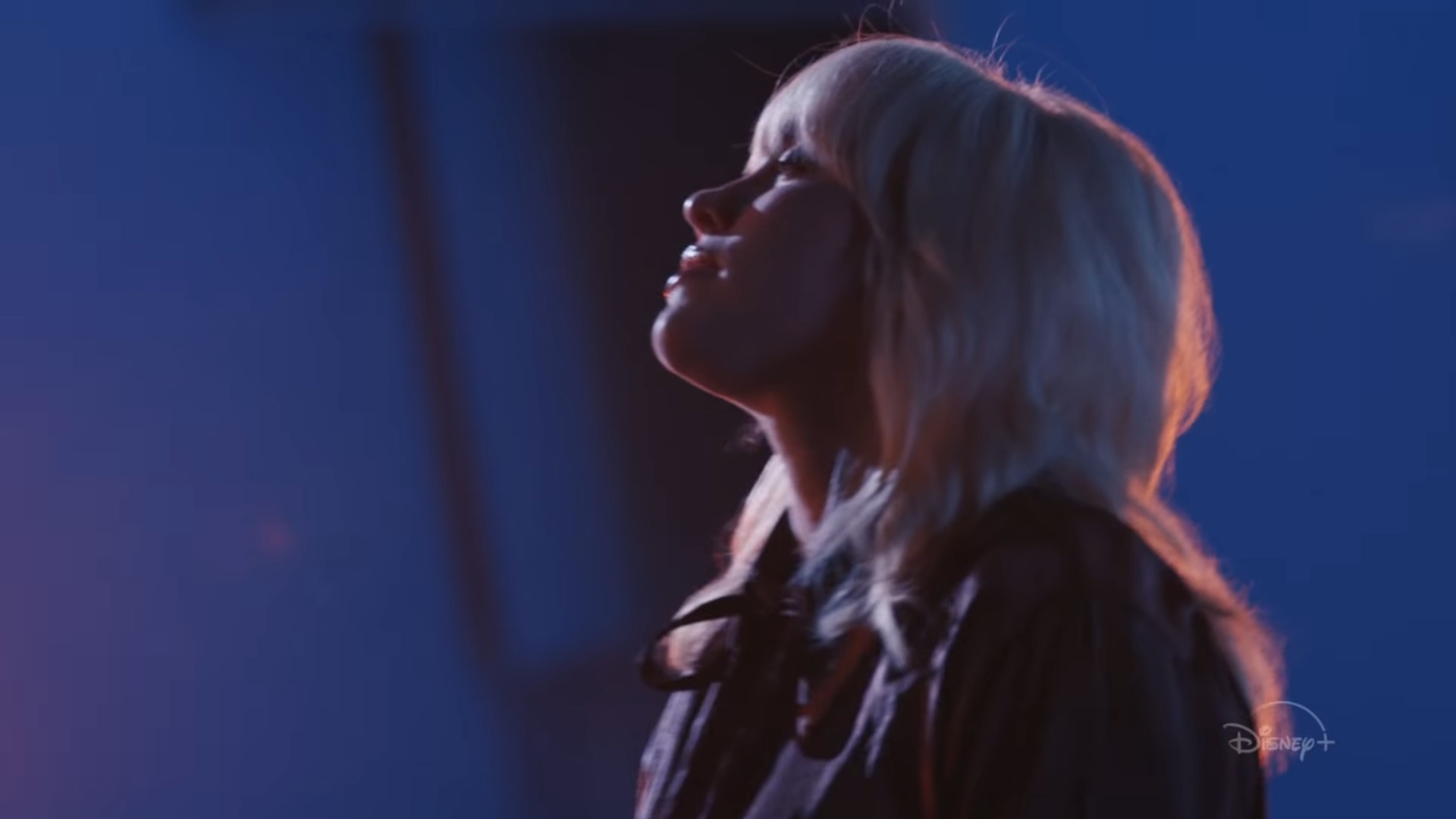 The video, directed by Robert Rodriguez and Patrick Osborne and featuring Gustavo Dudamel and the Los Angeles Philharmonic, was shot in the Hollywood Bowl with the Grammy winner performing each song in order for the first time.

Watch ‘Happier than Ever: A Love Letter to Los Angeles” Here!

Take a look at the new Disney+ trailer that was released this morning.

Happier Than Ever, Eilish’s follow-up to her debut When We All Fall Asleep, Where Do We Go?, which won Album of the Year among six Grammys last year, was released on July 30. The new album’s first five tracks have all charted in the Top 40 of the Billboard 200.
The concert film will have animated elements that will transport spectators to Eilish’s birthplace of Los Angeles and its most famous backdrops. With orchestra arrangements by David Campbell, it will also feature her Grammy-winning producer-brother Finneas, the Los Angeles Children’s Chorus, and Brazilian guitarist Romero Lubambo. 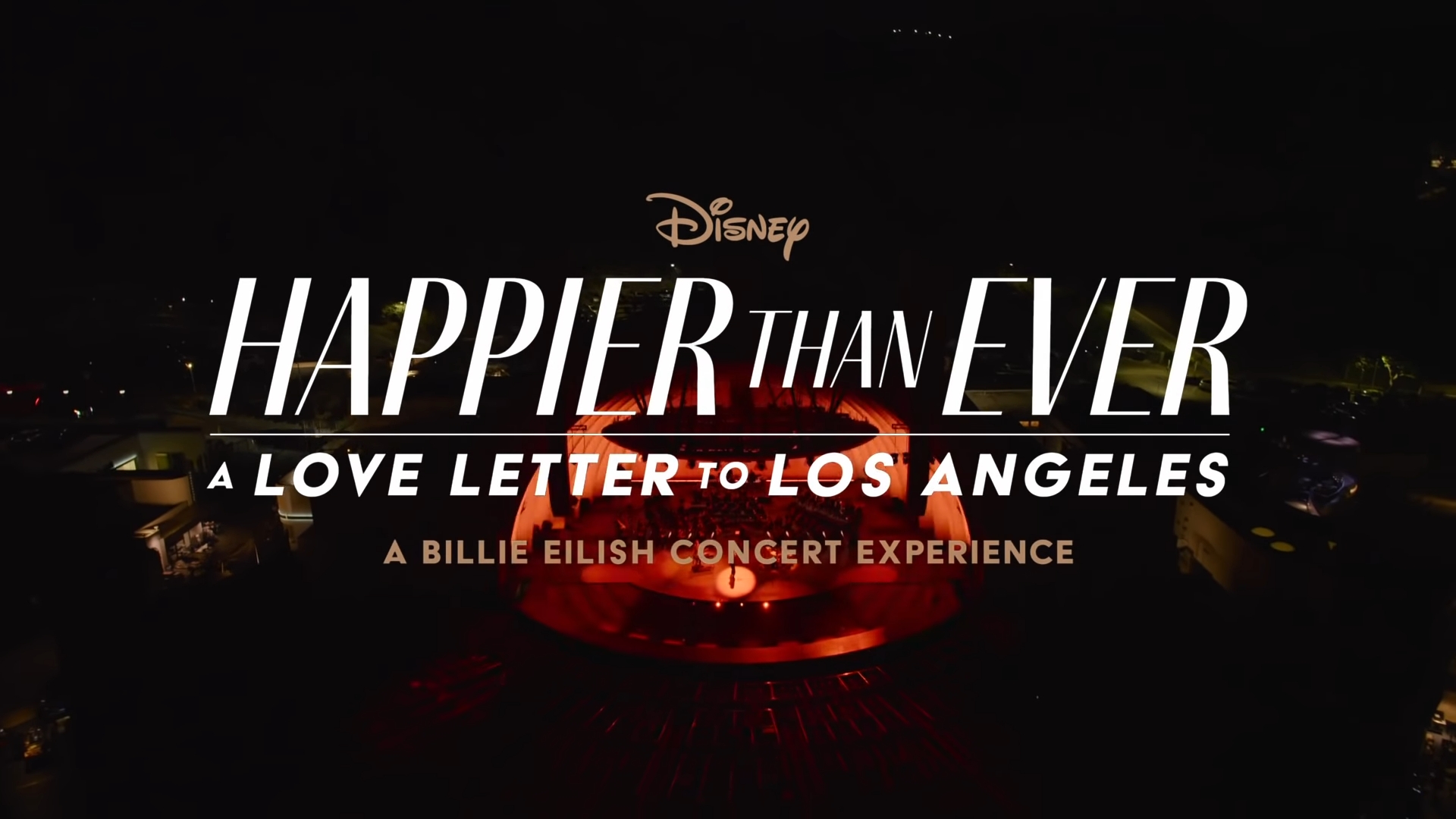 Interscope Films and Darkroom Productions, in collaboration with Nexus Studios and Aron Levine Productions, produced the film. The live concert director is Kerry Asmussen, and the director of photography is Pablo Berron. 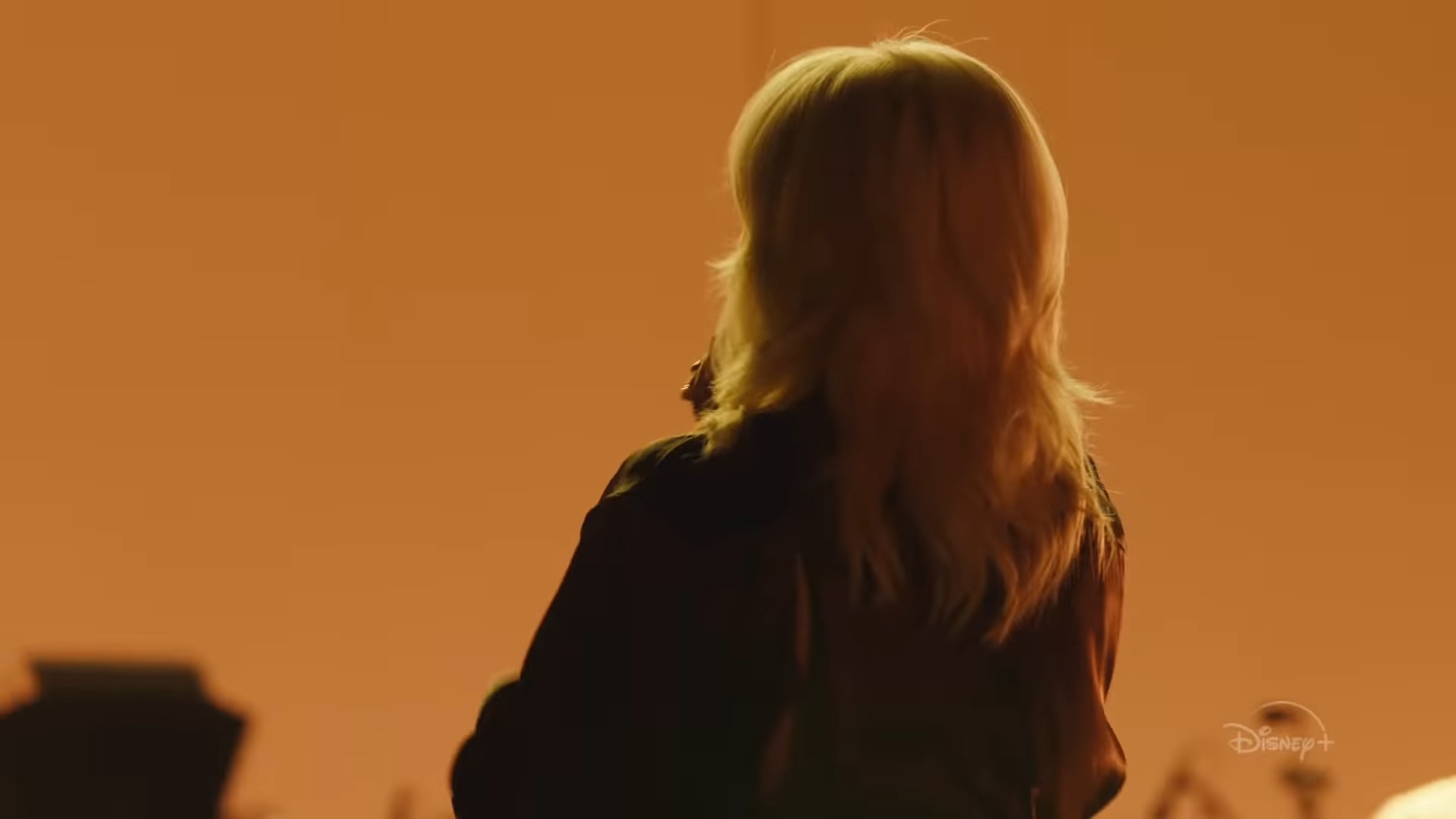 “To collaborate on something like this with Disney is an incredible honour,” Eilish remarked. “I am ecstatic to be able to offer my album in this manner and dedicate it to the city that I adore and grew up in. I really hope you enjoy it.”

“Billie’s musical progression, along with her singular vision in designing this special, distinguishes her as one of this generation’s greatest artists and storytellers,” said Gary Marsh, president and chief creative officer, Disney Branded Television. She puts on a show that is unlike any other!”

When and where to watch Billie Eilish’s Concert Film?

Billie Eilish took to Instagram to promote her upcoming online concert, “Happier Than Ever,” which will air on Disney Plus on September 3.

For the first time, the Grammy Award-winning performer will sing all of her songs in order in the concert video.

Billie Eilish’s follow-up to her Grammy-nominated debut When We All Fall Asleep, Where Do We Go?, Happier Than Ever, will be released on Friday, July 30 (via Darkroom/Interscope). “My Future,” “Therefore I Am,” “Your Power,” “Lost Cause,” and “NDA” are among the songs on the album.