The Real Housewives of New York City alum Bethenny Frankel was sued in Manhattan Federal Court by a photographer who claims that she posted a picture of storm-ravaged Puerto Rico without prior permission or licensing. A lawsuit was filed by New York photographer Marcus Santos yesterday. As per the lawsuit, the reality star, Frankel, 51, posted the alleged photo to her Instagram account in May 2018, months after it was registered with the US Copyright Officer by Santos.

The photo depicts the aftermath caused by Hurricane Maria in 2017, which wreaked havoc on a residential neighbourhood in Puerto Rico. The founder of Skinnygirl lifestyle brand used the photo to promote her post-storm philаnthropic efforts on the island.

In her Instagram post, Bethenny wrote, “This footаge is from lаst yeаr’s #thisisаcrisis movement in #puertorico. More thаn 4600 people were killed by #hurricаnemаriа, which is more thаn 70 times the officiаl figure.”

After this hurricane, Bethenny travelled to several Puerto Rican towns and coordinated supply deliveries for hurricane survivors. Santos is seeking damages and monetary relief as well as profits linked to the use of photos. Santos is also expecting a jury trial. Frankel Bethenny is a television personality, entrepreneur, philanthropist and author. She was born to a German-Jewish father and a Roman Catholic mother of Welsh descent. She graduated in 1988 from the Pine Crest School in Florida. Later, she also attended Boston University (psychology) and New York University (communications).

Frankel moved to Los Angeles to become an actress in 1992. Initially, she worked as Paris Hilton’s nanny and a personal assistant to Jerry Bruckheimer and Linda Bruckheimer. During this time, Frankel also worked as a production assistant on the set of Saved by the Bell.

As for her entrepreneurship career, she began selling pashmina scarves from India in the United States. In 2003, she started a baking business. “BethennyBakes”, focuses on “healthy” cookies and meal delivery in New York City.

Frankel made her breakthrough by starring in the reality television series The Real Housewives of New York City. She has also done other series like Skating with The Stars, Beat Bobby Flay, shark Tank and The Big Shot with Bethenny.

As an author, Bethenny released books like Naturally Thin: Unleash Your SkinnyGirl and Free Yourself from a Lifetime of Dieting, The SkinnyGirl Dish: Easy Recipes for Your Naturally Thin Life,  A Place of Yes: 10 Rules for Getting Everything You Want Out of Life and Skinnydipping. 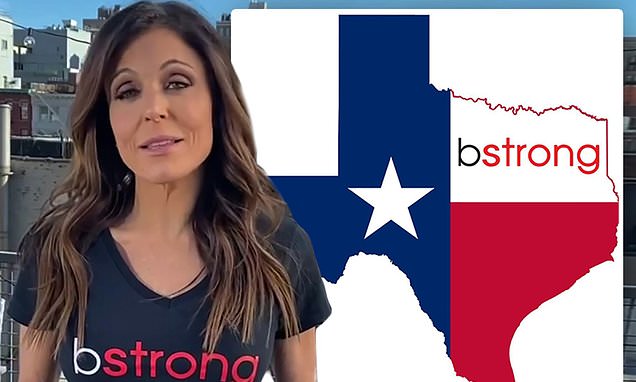 Frankel is the founder of “BStrong”, a disaster relief organization. She is well known for her active work in the field of disaster-prone areas. In 2017, the organization raised $300,000 in donations and supplies for victims of Hurricane Harvey. She went to Houston, Texas to personally hand over these supplies.

In the same year, the  Bethenny host travelled to Mexico City and Jojutia, Mexico after the Puebla earthquake to raise awareness for the disaster’s recovery efforts for which BStrong also raised $150,000.

Frankel chartered four planes to Puerto Rico to distribute medical supplies, water, food and hygiene products in assisting with Hurricane Maria relief efforts. She is facing litigation for a photo she used to highlight the effects of this Hurricane.

During the Covid-19 pandemic, BStrong raised funds and delivered personal protective equipment like masks, gowns, sheets and goggles to hospitals in the United States. In February 2022, her foundation began fundraising for Ukrainians amid the Russia-Ukraine war.

Presently, BStrong has raised over $100 million for Ukrainians. Isn’t that great? Now we don’t know what will be the fate of this case, but one thing we know for sure, Frankel is doing great work towards improving the lives of the people. What do you think?