It is the first song that has ever hit the 11-figure mark on YouTube since its inception.

The Pinkfong company, the creator of the video, shared the news of achieving this milestone by taking it to social media. The song was first performed by 10-year-old singer Hope Segoine in the year 2015 which was an instant hit among kids in different parts of the world. “Baby Shark” video was first released in June 2016 on YouTube.

Since then, the catchy tune in the song has become viral not only among children but also adults and inspired people to accept viral dance challenges and celebrity sing-alongs. 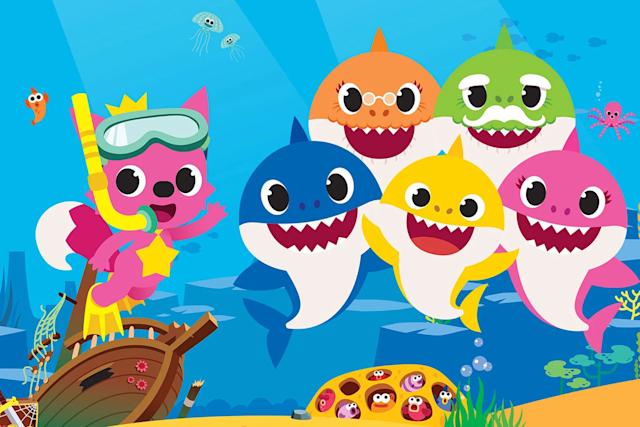 Min-Seok Kim, CEO of the Pinkfong Company, said, “We are delighted to announce that our beloved Baby Shark has recorded another remarkable milestone. It has been a truly meaningful journey to witness how Baby Shark has connected people around the world and we can’t wait to introduce Baby Shark’s further adventures that will bring unparalleled experiences to even more fans everywhere.”

Last year in November 2020, “Baby Shark” became the most-watched video on YouTube exceeding the “Despacito” song by Luis Fonsi and Daddy Yankee. The song is featured on Billboard’s Hot 100 list for 20 consecutive weeks.

The Pinkfong Company made the announcement in a press release on 14th Jan saying, “The video has achieved more views than the entire human population with its video and one of the most notable cultural phenomena generating tremendous amounts of engagement across the world.”

Below is the sequence of views amassed by the preschool-oriented earworm song in the last 3 years.

According to the company they are presently working on a feature film that is expected to complete by end of this year.

Have you watched the Baby Shark video song? If not, enjoy the video now and share your feedback in our comments section below!