Actor Aparshakti Khurana and his wife Aakriti Ahuja Khurana have welcomed a new member to their family today. The couple has been blessed with a baby girl whom they named ‘Arzoie A Khurana‘. 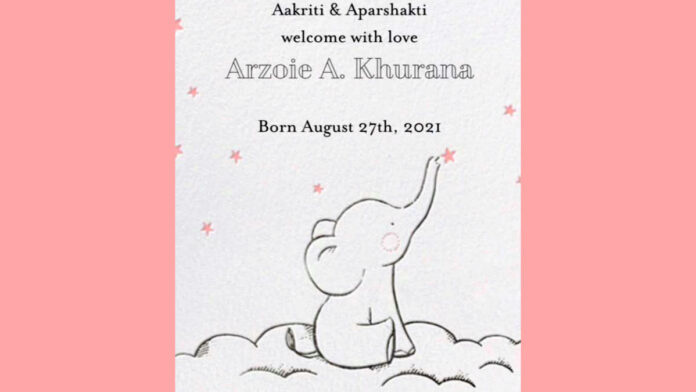 The newly turned parents shared their happy news on social media. Aparshakti’s brother Ayushmann Khurrana as well as his sister-in-law Tahira Kashyap also shared the news by taking to their Instagram handles.

Aparshakti Khurana and his wife Aakriti Blessed with a Baby Girl; the couple named her ‘Arzoie’ 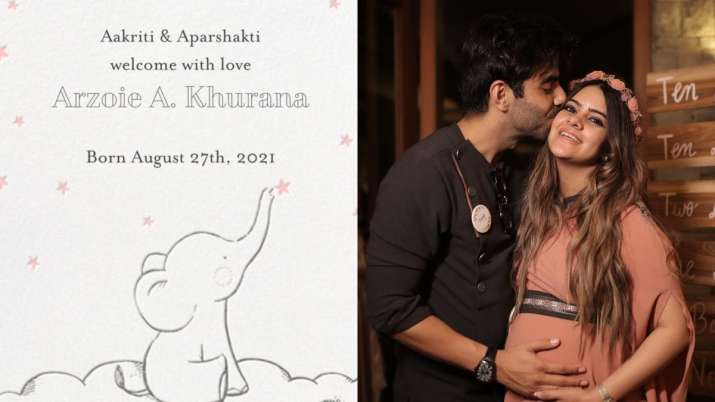 Aparshakti headed to his Instagram handle to share the exciting news. He posted a cute picture of a baby elephant burlesque staring at the stars. “Aakriti and Aparshakti welcome with love Arizoe A. Khurana born August 27th, 2021” was written in his post.

The post has hit thousands of likes with friends and fans pouring in with their congratulatory messages to the newly turned parents.

A number of celebrities including Darshan Kumar, Mrunal Thakur, and Sanya Malhotra congratulated the new parents.

Aparshakti and Aakriti tied the knot on 7th September 2014, and Arizoe is their first child after the marriage. 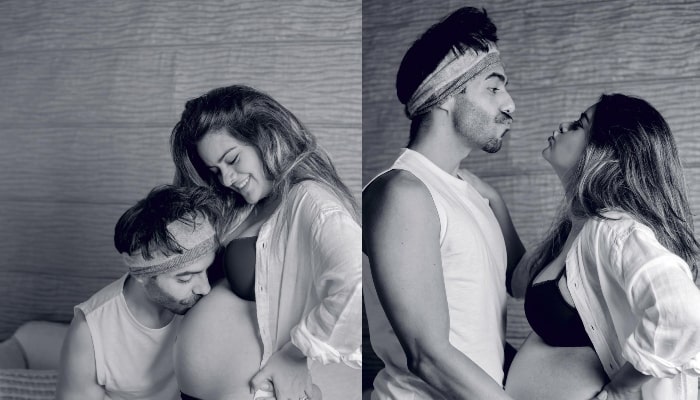 Earlier this week, Aparshakti had shared a beautiful video of his wife’s baby shower on social media which also featured other family members who were all excited about the baby’s arrival. He captioned the video by writing,  “Achaaa Listen!! Kuckoo I love you.”

Check out the lovely video shared by Aparshakti on his Instagram handle:

Speaking about Aparshakti’s work life, he will be soon seen in the upcoming ‘Helmet’. This film is said to be India’s first film on condoms which shares a lovely message. The film is helmed by Satram. Pranutan Bahl, Abhishek Banerjee, and Ashish Verma form other important casts of the film. ‘Helmet’ is set to release on the 3rd of September on Zee5.

The actor while talking about the film to IANS, said, “I had a great time shooting for Helmet. The cast and the crew became more than a family. Kudos to Rohan Shankar the writer and Satram the director of the film for creating such a fun world. Looking forward to sharing it with all of you.”

Do not forget to bookmark this page to get updated on the latest news about your favorite celebrities!