The defamation trial may have ended, but the drama of Heard sisters continues to exist. Amber Heard’s sister, Whitney Heard Henriquez took to Instagram to post supportive texts for her sister who has lost the defamation battle and has been ordered to pay $10.35 million to Depp. I Still Stand With You, Sissy…

Whitney Henriquez testified against the “Pirates of the Caribbean” star during the six-week-long defamation trial. Now, as Amber has lost the trial, her sister is posting some supportive messages for the “Aquaman” star.

“I still stand with you, sissy. Yesterday, today and tomorrow I will always be proud of you for standing up for yourself, for testifying both here in Virginia and in the UK [in that 2020 trial], and for being the voice of so many who can’t speak to the things that happen behind closed doors.” Here she was referring to the domestic abuse allegations made by Heard against Depp.

Even though the court has meticulously observed all evidence and found Depp not guilty, Amber’s sister continues to emphasise her sister’s fake allegations. She continued by writing:

“We knew that this was going to be an uphill battle and that the cards were stacked against us. But you stood up and spoke out regardless. I am so honoured to testify for you, and I would do it a million times over because I know what I saw and because the truth is forever on your side. I’m so sorry that it wasn’t reflected in the decision made by this jury, but I will never give up on you, and neither will anyone who stands with you. Forever by your side…”

It’s pertinent to mention here that the Instagram post comes from the same woman who lived rent-free in one of Depp’s lavish penthouses. She also did drugs with Depp. She was later kicked out of the penthouse when she was accused of selling photos of the couple’s wedding. Well, we cannot expect any less from the other sister.

Instead of being thankful to Depp for what he did for Amber’s family, Henriquez was the first witness to testify in the Fairfax, Virginia civil trial. Whitney testified that she personally witnessed Depp hitting Amber.

Not only this, Whitney claimed that Depp hit her as well, and was given and was given an NDA to sign after the incident. Depp has maintained he never struck Amber, or any other woman, claiming instead Amber was physically abusive to him during their brief marriage. 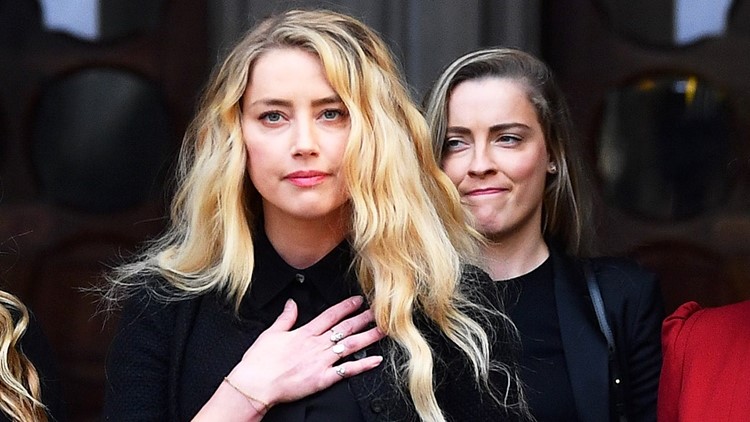 Henriquez claimed she also saw the aftermath of other fights between the former couple, as well as bruises on her sister. However, she said during her testimony that she sometimes sided with Depp when witnessing the couple’s disputes, playing the role of “marriage counselor” for the mismatched pair, who were married for over a year.

Well, truth never perishes! The verdict reflects that Johnny Depp is a man of honour and no one has the right to further tarnish his reputation. For now, if she really wants to support her sister, Whitney must focus on arranging the millions of dollars Amber has to pay to Depp as damages, eh?