The Aquaman star Amber Heard is going offline for several weeks. The 35-year old American actress announced a social media break ahead of a defamation trial against ex-husband Johnny Depp. 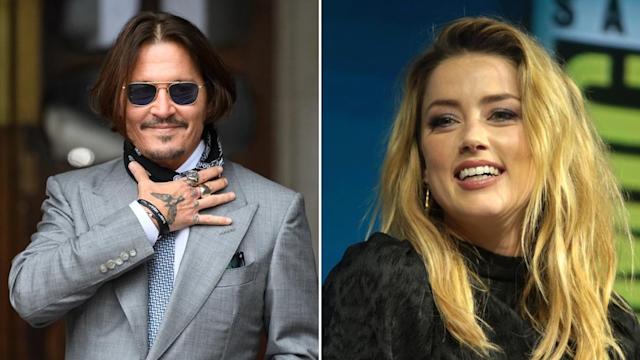 Amber has filed a $100 million counter-lawsuit against the  “Pirates of the Caribbean” star’s defamation lawsuit wherein he has sought a $50 million compensation from Amber. She was accused of penning an op-ed in 2018 wherein she stated that she is a domestic abuse survivor.

Amber on a social detox

The Justice League star recently posted a self-written note on Instagram wherein Amber mentioned that she is going offline from social media for several weeks following her daughter’s first birthday.

The decision came as a result of the ugly legal battle between the ex-couple. Heard also mentioned in her note that she never named Johnny Depp in her write-up and said that she always maintained a love for her ex-husband Amber’s lengthy note reads as under:

“I’m going to go offline for the next several weeks. As you may know, I’ll be in Virginia, where I face my ex-husband Johnny Depp in court. Johnny is suing me for an op-ed I wrote in the Washington Post, in which I recounted my experience of violence and domestic abuse.

I never named him, rather I wrote about the price women pay for speaking out against men in power.” She further wrote, “I continue to pay the price, but hopefully, when this case concludes, I can move on and so can Johnny.

I have always maintained a love for Johnny and it brings me great pain to have to live out the details of our past life together in front of the world.” “At this time, I recognize the ongoing support I’ve been fortunate to receive throughout these years, and in these coming weeks, I will be leaning on it more than ever. With love always, A.”

One fan tweeted that “Only person ever arrested for Domestic Violence (DV) is Amber Heard. Johnny Depp has never been arrested for DV.” FYI, the Aquaman star was arrested in 2009 for DV against former partner Tasya van Ree. Have a look at some of the tweets.

#AmberHeard ALWAYS lies & turns things she’s done around and says #JohnnyDepp did them. Here’s a perfect example of that: A THREAD 🧵

On the trip home from Australia incident w/ Ben King she asks him “Have you ever been so angry with someone that you just lost it?” pic.twitter.com/qOG3uFWZGn The Defamation suit between the Rum Diary co-stars will be heard tomorrow. Depp has hired a lethal lawyer, Kathleen Zellner against his ex-wife, who called Depp a wife-beater in her op-ed written in the Washington Post.

Heard also called herself a victim of domestic violence in the said write-up. However, Johnny filed a $50 million defamation case against his ex-wife. The matter was transferred to California and dismissed following the verdict of the UK libel case.

FYI, Depp filed a libel case against The Sun for a story citing Heard’s allegation wherein she narrated the false emotional, verbal and physical trauma that she underwent during their marriage. She even accused Depp of raping her.

However, Amber counter-sued Depp for $100 million. Now, the trial is set to begin tomorrow at the Fairfax County courthouse, Virginia and we hope that the right person gets justice. What do you think about Amber’s decision to disappear from social media?