Net Neutrality is the reason you’re reading this right now. In 2015, the Federal Communications Commision adopted Net Neutrality rules under Title II of the Communications Act so that the Internet continues to remain free and open. Unfortunately, the current chairman of the FCC, Ajit Pai wants to reverse this deal. He pushed forth this plan to essentially block the internet in May and now, on Dec. 14, the FCC will vote on his proposal.

Pai, a former lawyer with Verizon Communication, is reversing the Obama-era Net Neutrality rules to allow Internet service providers such as Comcast, AT&T, and you guessed it, Verizon, to reign over Internet traffic. This means that your provider will control what websites you have access to and they can block content that they don’t like, agree with, or is their competition. The big cable companies can even toll businesses if they want to reach their audiences faster.  This will harm startups, entrepreneurs, small business holders. It will halt innovation, technology, creativity. It will change the entirety of how we use the World Wide Web.

Absolving all the Net Neutrality laws and giving the power to the broadcast and cable companies will result in the latter making more money at the expense of consumers and citizens. This is obviously in alignment with the current administration’s policies of serving only the rich. Pai was appointed as the FCC chairman in January 2017 by President Trump after he was sworn in. Before that, Pai had worked with the FCC for five years serving in different positions. In Oct 2017, his chairmanship was extended for another five years based on Trump’s recommendation.

You know what they say, the way to the alt-right’s heart is through caressing their backward ideologies.

If the FCC votes to move forward with Pai’s plan, it will especially make it difficult for minorities and marginalized communities because now broadband providers won’t be barred from practicing unreasonable discrimination. Social movements and activism rely on the power of the Internet. Whether it’s minorities and people of color, LGBTQ communities, indigenous groups, or literally anyone who is facing injustice, 2017 has been the year to band together and fight against it.

According to CNN, these were the top 10 political trending hashtags of this year. Could you imagine any of them working as well as they did without the access to a free and open Internet?

In defending himself, Pai recently stated that companies like Facebook, Twitter, Google are worse for the Internet than his policies on eliminating Net Neutrality. During a speech in Washington D.C. last week, he said “tech companies want to place much tougher regulations on broadband providers than they are willing to have placed upon themselves. I don’t blame them for trying. But the government shouldn’t aid and abet this effort.”

He wrote in an op-ed for The Washington Times that under the current FCC rules “investment in broadband networks has declined and innovation has been discouraged. That’s why I believe it is time for us to return to the successful market-based approach that governed the internet for almost two decades.”

Born to Indian immigrants in Buffalo, New York, Pai was raised in Parsons, Kansas. He has an impressive background that includes an education degree from Harvard University and University of Chicago Law School. Besides Verizon, Pai has worked with the Department of Justice and the United States Senate. At the FCC, he is the first Indian-American to hold the office as the chairman.

Ironically, Pai has faced his own fair share of criticism on Twitter not just for his plan but for the fact that he’s brown. While the Brown Twitter community has been sending strong messages to show their grief over Pai’s plan, he has been subjected to racist attacks as well. They aren’t only against him but also his family and children, all of which is deeply disturbing and uncalled for. It’s important to realize that attacking Pai for his ethnicity will lead to no solutions. It will possibly make things worse.

I have a friend that lives near @AjitPaiFCC. Net neutrality “activists” posted these signs, featuring his children’s names, outside his house. Pizzas also reportedly sent to his house every half-hour last night. pic.twitter.com/jWI4gV6Hvc

Also, I don’t care if Ajit Pai’s kids are being harassed over what their dad is doing to kill Net Neutrality. Maybe he should have thought of the consequences of selling his soul to the highest bidder.

FELLOW DESIS: Does anyone know @AjitPaiFCC’s Mom & Dad? Maybe our parents can talk to his parents about #NetNeutraity?

Dear @AjitPaiFCC, I apologize for my tweets questioning your “Brown-ness.” You are not a disappointment to Indian Americans…but to all Americans. You can eat a pakora while destroying #NetNeutrality. You can wear a kurta while catering to corporate interests. #AjitPaiSucks

Related to #AjitPaiSucks, we need to do a better job critiquing prominent and toxic Desis in US politics (cough @BobbyJindal). They do not represent us or the people of color we are in solidarity with.

If you’re wondering who would monitor the broadband companies if Pai’s plan passes, the answer is basically no one. The Federal Trade Commission will be left in charge. The FTC has never enforced open Internet rules and it isn’t in their power to do so.  Obviously, companies like his ex-employer Verizon only see merits to this plan. In 2013, Verizon even went to court to challenge open Internet ruling, claiming that as an information service it held the right to charge digital platforms who want to access their network. In layman’s terms, if Yelp doesn’t pay extra to the telecommunications company, they can block it to their Verizon subscribers.

So, is there a way to make sure Pai’s plan doesn’t come to fruition. Only the Republicans in Congress have the ability to do this but so far, only Susan Collins (R-Maine) has publicly criticized his plan. As for the citizens who want to make sure it doesn’t pass, the only option is to fight for it. Make calls to your leaders, write to them about why you need access to the Internet, attend protests, defend your freedom of speech. Pai has almost always shrugged off public sentiment in favor of his beliefs but if enough members of the Congress don’t vote in favor of it on Dec. 14, we might just get lucky.

Besides, let’s be honest, if there’s one thing we need to collectively put an end to in regards to accessing the free and open Internet, it’s this: 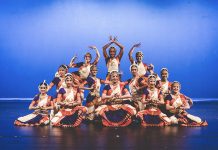 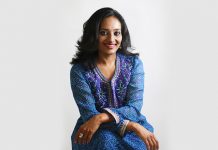 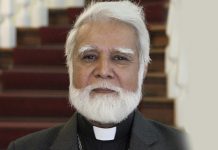 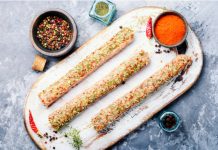 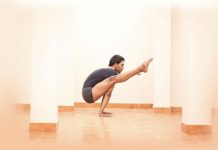 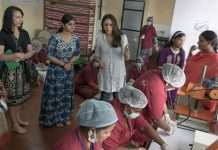