Adam Levine Breaks Silence on Affair with Sumner Stroh, Denies Relationship but Admits Flirting with her

Adam Levine has finally broken his silence over the reports of his affair with model Sumner Stroh. The Maroon 5 frontman has denied having a relationship with the model but confessed to crossing a line and flirting with her.

On Monday, a video by 23 year old model named Sumner Stroh went viral on TikTok, in which she claimed that Levine had an affair with her for a year while already being married to his wife, Behati Prinsloo. 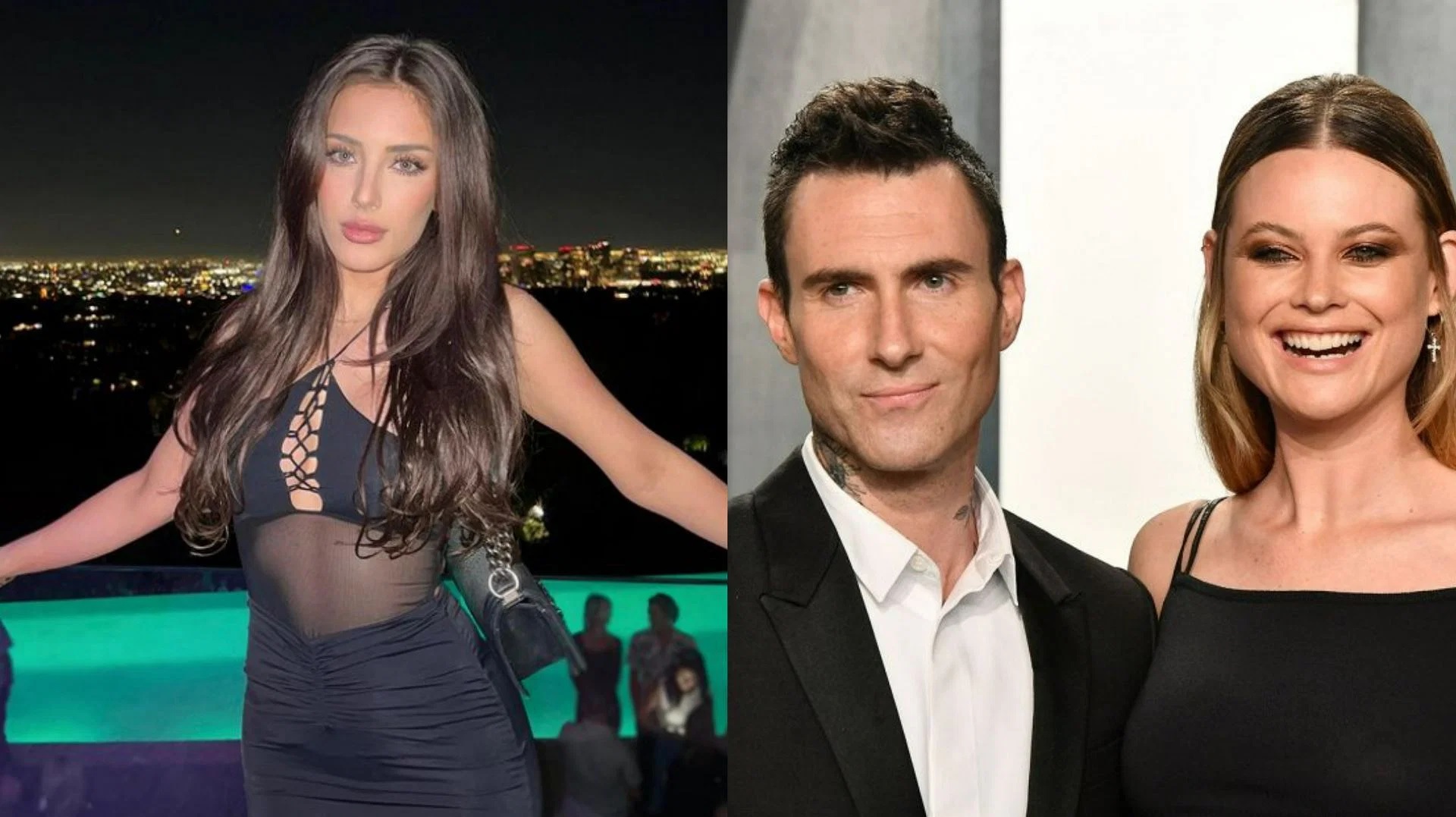 Levine took to Instagram on Tuesday morning to post a statement and refuted the allegations made by Stroh. “A lot is being said about me right now and I want to clear the air. I used poor judgment in speaking with anyone other than my wife in ANY kind of flirtatious manner,” the 43 year old singer wrote on his IG story.

He added, “I did not have an affair, nevertheless, I crossed the line during a regrettable period in my life. In certain instances, it became inappropriate; I have addressed that and taken proactive steps to remedy this with my family. My wife and my family is all I care about in this world.” 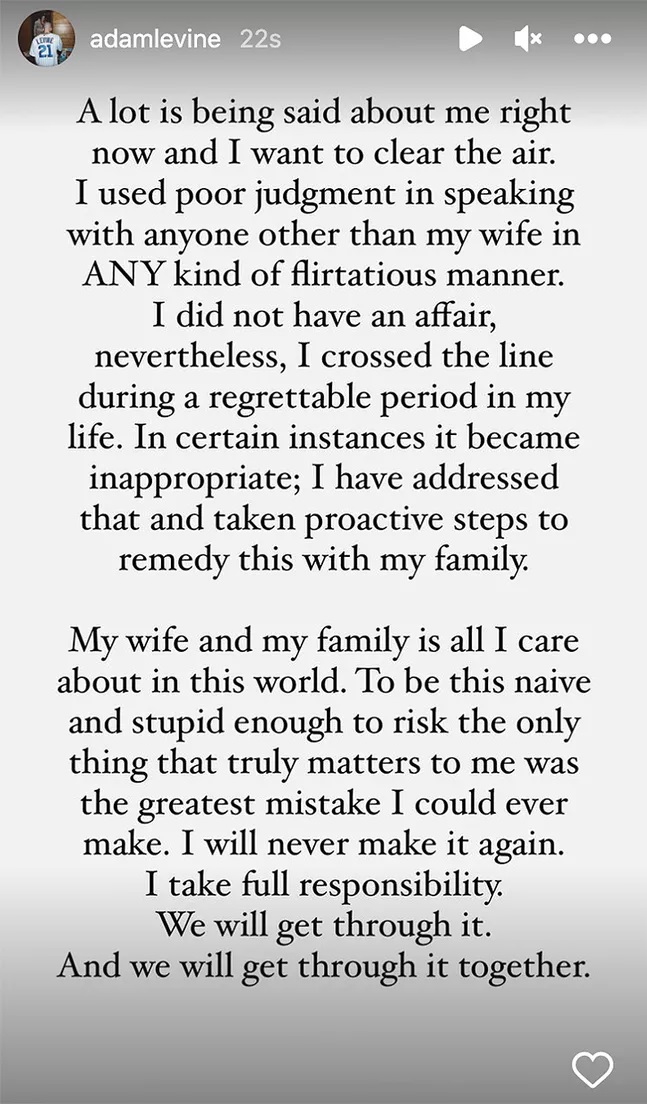 The musician then went on to accept that he made a mistake and would never repeat it in his life, writing, “To be this naive and stupid enough to risk the only thing that truly matters to me was the greatest mistake I could ever make. I will never make it again. I take full responsibility. We will get through it. And we will get through it together.”

Sumner Claimed Levine Wanted to Name his Baby After her

On Monday, social media influencer and model Sumner Stroh made shocking claims on TikTok and stated that she had a year-long affair with Adam Levine. She even leaked some of the DMs he had sent her and went on to claim that the singer wanted to name his unborn child after her.

Stroh further said that she was very young and naive at the time and was manipulated by the musician. She then wrote on her social media, “[I am] aware many people will try to fill in the gaps with many false assumptions. I don’t feel like I’m doing any favors, considering the manner this had to go about. It’s a lot to digest but hopefully, at the very least, the truth being out can do some good.”

Levine has been Married to Behati Prinsloo for 8 Years

Levine started dating Namibia-born model Behati Prinsloo in 2012 after meeting her through a mutual friend. The two dated for two years and got married in 2014. The couple now shares two daughters, Dusty Rose, 6 and Gio Grace, 4 and are expecting their third child currently. 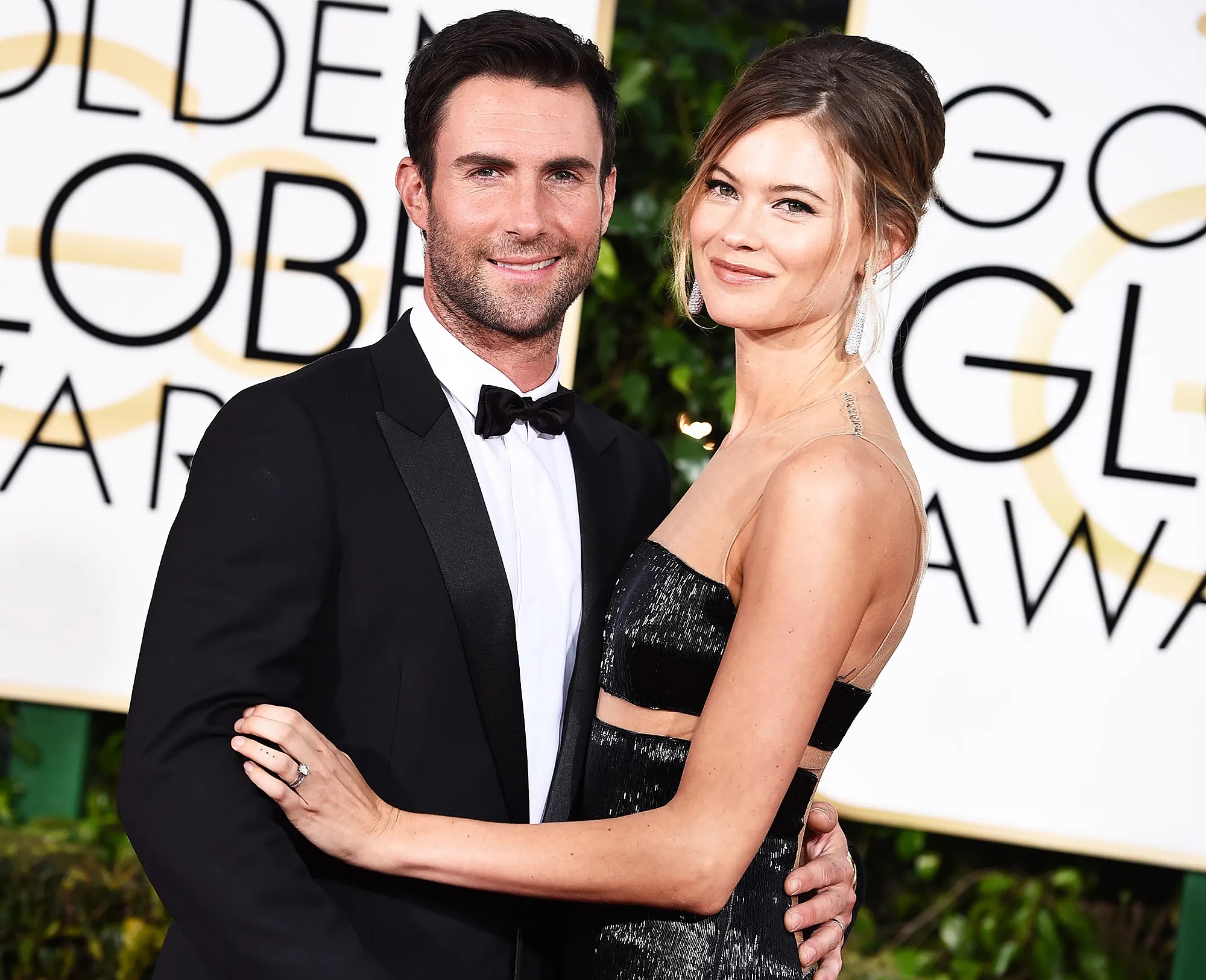 “Adam was looking for a girl for a music video that could do some action stuff, and our friend was like, ‘You should meet Behati because she’s a total tomboy and down for anything.’ We kept emailing each other. It was such a natural correspondence that we kind of fell in love over email,” said Prinsloo, 34, while talking about her relationship in a recent interview.