Legendary American actress, singer, and comedian Jenifer Lewis was honored with a Star on the Hollywood Walk of Fame on 15th July. She looked dazzling as she accepted the award held at Dolby Theatre in Hollywood, California. The 65-year-old icon wore a yellow chiffon flowing pantsuit accompanied by butterfly sleeves and wide legs. Her neck was surrounded by a gold necklace along with hoop earrings and bangles on her arms.

Jenifer replied to comments about why she did not receive the honor earlier, saying, “The Hollywood Walk of Fame is a cultural treasure. People from all over the world come to see the stars. What you don’t know is, I just wasn’t ready because I had not done the real work.” 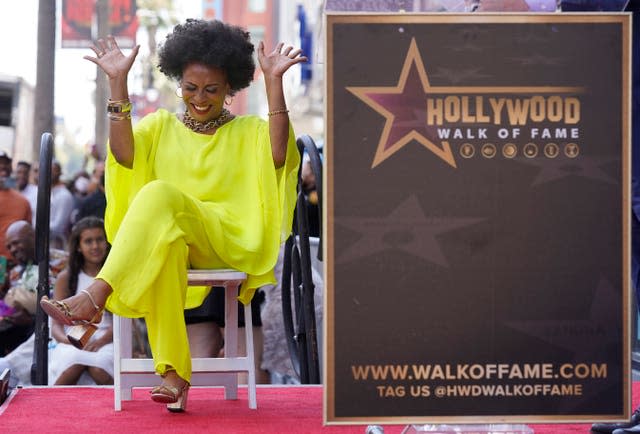 She recollected, “When I was diagnosed with bipolar disorder, somehow I found the strength and the courage to say three of the most powerful words in the English language, I need help.”

She urged her fans to know more by reading her book, The Mother of Black Hollywood where she shared her life experiences with Whoopi Goldberg, Loretta Devine, Chris Rock, Bette Midler, Rosie O’Donnell, Liza Minnelli, Whitney Houston, and Aretha Franklin.

Jenifer was excited to be honored

Jenifer revealed that she was very excited as she would reside beside Academy Award winner Late Katharine Hepburn, who remains one of her all-time favorite actresses.

She jokingly said in an interview, “The real work was off stage and off camera. They originally offered to place me next to a rapper and I hung up the phone on them. I’m glad I didn’t get this before now because I wouldn’t feel as deserving”. 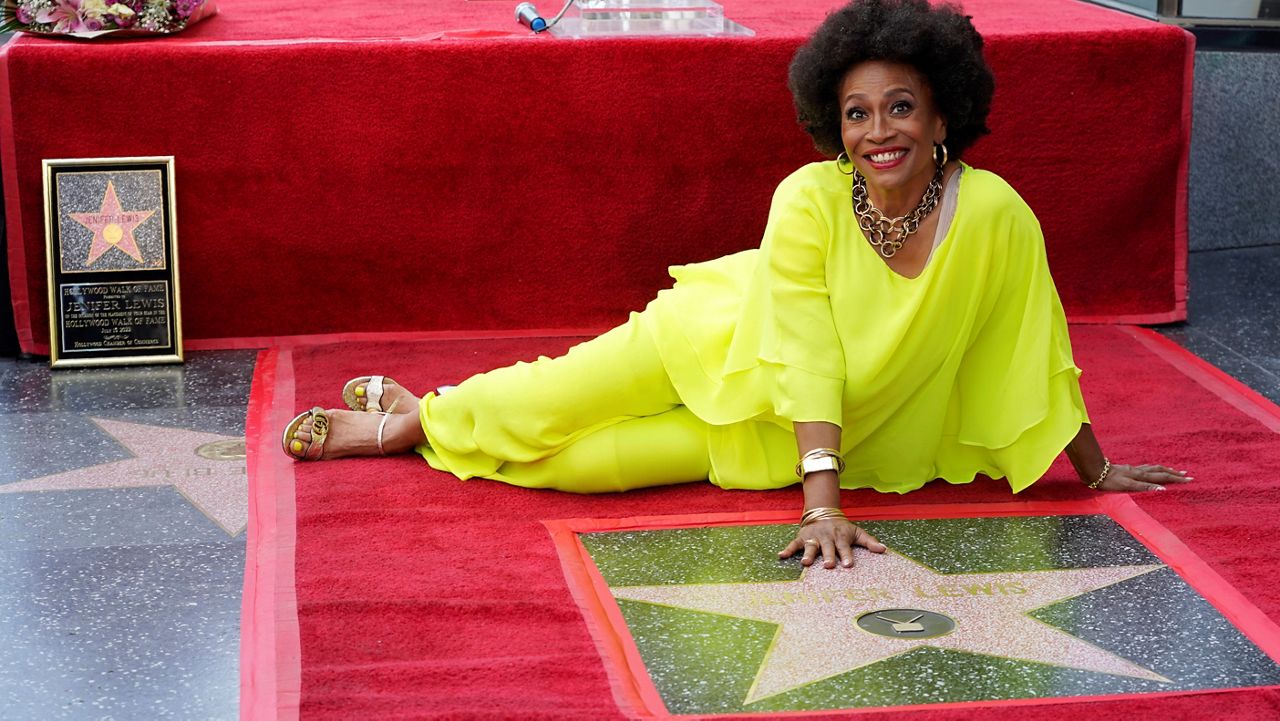 She added, “You know somebody said to me once, ‘You’ve never worked a day in your life,’ and I was like, ‘Whaaaat?’ But they were right, I’ve never worked, I have played in my life and showed up. I’m an entertainer, that’s what I am. People who call me an actress, they can call me whatever they want but what I am is an entertainer above all.”

Lewis gained prominence for her performance in the hit ABC sitcom “Black-ish” for eight seasons. She also starred in notable films like What’s Love Got to Do With It, Poetic Justice, The Preacher’s Wife, The Brothers, The Cookout, Think Like a Man and the sequel Think Like a Man Too.

Lewis’ other film credits include The Wedding Ringe, Cast Away, and Dead Presidents. She lent her voice for “The Princess and the Frog”, “Cars,” followed by its sequels “Cars 2” and “Cars 3”. 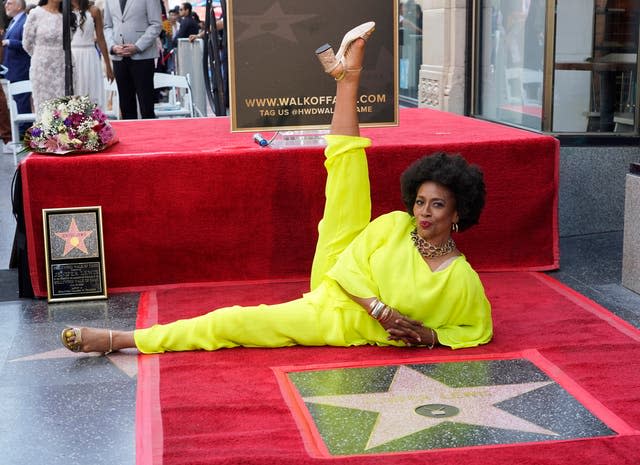 The classic artist who started her profession as a backup singer for Bette Midler proved that she’s still got spunk when she posed for a photograph kicking her leg high in the air.
Her close pals like composer and lyricist Marc Shaiman and “Saturday Night Live” alum Vanessa Bayer were also present on the occasion.

We the team at TheTealMango congratulate her as she received the Hollywood Walk of Fame star on ‘Jackie Washington Day’.

Stay connected to our portal for the latest news from the world of showbiz!