The English city of Bradford is currently the reigning ‘curry capital of Britain,’ but it turns out that the title has come with a price. A new report by a local environmental group found that the city’s river turned yellow because of the waste and dishwater from the city’s 200 South Asian restaurants.

As Metro UK reports, Bradford is one of the many cities in Britain that relies on an ancient sewage system. Because many of Bradford’s curry houses aren’t connected to the existing sewage system, dirty dishwater that is dumped down pipes ends up in the local river, known as the Bradford Beck. The environmental group Friends of the Bradford Beck set out in 2012 to see what they could do to clean up the polluted river. After talking to the restaurant owners and workers, they discovered the solution was relatively simple.

“It turned out the output was entirely innocent. ‘It wasn’t like the business owners were throwing waste curry out of their window,” said Rob Hellawell of Friends of Bradford Beck. “They were just washing their pots as usual and unbeknown to them it was landing in the beck. ‘Once we made them aware of the problem they rectified it right away by changing the plumbing.”

The group is now working with other businesses in Bradford to educate them about the effect dishwater has on the environment and what steps they can take to avoid re-polluting the river. Perhaps the next step should be to update Bradford’s sewage system, which according to Hellawell dates back to the 1800s.

“The old systems, at the time of the Industrial Revolution, saw businesses dump straight into the public watercourse,” Hellawell explained.  ‘Nowadays there are a lot of new extensions built where washing machines are plumbed into the drains rather than the foul sewerage system. “Builders see a drain and connect to it, without realizing what it is.’”

But if Hellawell and his group have their way, the curry-stained river won’t be a problem for long. Friends of Bradford Beck has successfully lobbied Yorkshire Water Services, which is the public water authority, to review the city’s sewer capacity during the city’s next investment period. 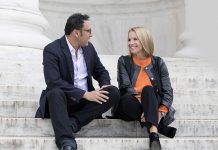 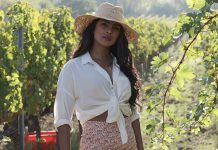 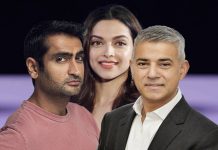