6ix9ine has embroiled himself in yet another altercation! The rapper has reportedly had a fight with a DJ in a Dubai nightclub. In the incident caught on camera, Tekashi 6ix9ine is seen attacking the DJ and was, in return, attacked by several men who retaliated.

This is not the first incident of the 26 year old rapper having a fight at a club. Just a few days back, he had an argument with his girlfriend at a nightclub and apparently got punched by her leading to her arrest. Read on to know all the details of Tekashi’s latest brawl.

The incident took place in Soho Garden, a club in Dubai. The video circulating online shows 6ix9ine approaching the DJ and immediately starting to swing him in what appears to be an attack. The DJ responded violently, and the two got into a fight before the rapper’s security mediated and pulled him away.

Some more people are then seen indluging in the fight, making it a full-fledged brawl as the rapper is seen in a not-so-good condition with his hair being grabbed, his shirt being pulled, and his chain being snatched.

A source has now stated that the fight started after the DJ denied 6ix9ine’s request to play one of his songs for the crowd. The rapper did not take it well and confronted him, which led to the fight. After the altercation, the DJ took the mic again and made an announcement saying, “We don’t like snitches. No way am I playing a snitch’s song.”

“I said, ‘No.’ Where I’m from and the way I was raised, I don’t do that shit. I lost too many people…to people like that,” the DJ is seen announcing in another clip.

The Rapper Denies his Chain Being Snatched

6ix9ine has now taken to social media to claim that th DJ ‘got handled’ and the news of his chain getting snatched is fake. When an account posted the news of the incident on Instagram, writing, “#6ix9ine got into a f*ght at a club in Dubai and someone tried robbing him in the process,” the rapper was quick to comment, “Stop lying and spreading fake news!!! The DJ was talking shit on the mic and got handled. STOP fake news.”

A post shared by Level Up Hip Hop 📶🆙️ (@leveluphiphop_)

The BEBE rapper then took to Instagram stories to show off his expensive jewelry to prove his chain was not snatched. “Stop the fake news. YA HATE IM STILL ALIVE. I do what I want,” he captioned the video.

Just last month, the rapper was in the news after his girlfriend, Rachel Wattley, was arrested for punching him on charges of domestic violence battery. The two apparently got into a fight inside a club and were escorted outside, where the heated argument turned ugly, and Wattley hit the rapper, leaving marks on his face. 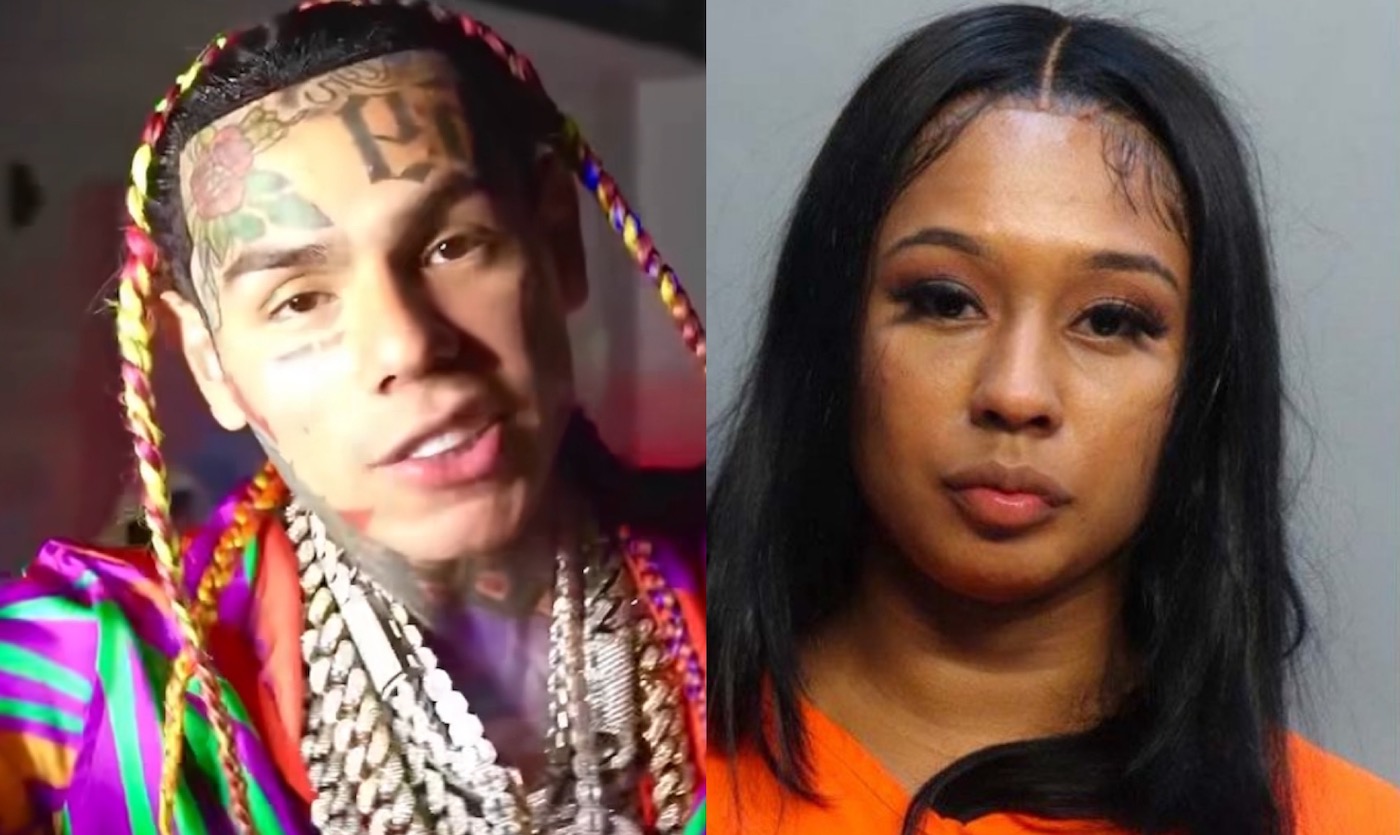 Tekashi then bailed his girlfriend out, saying that she was drunk and was being swayed by her friends. “I’m gonna get her out jail — she attacked me in front of the police I told them, ‘You have to evaluate her she’s obviously under the influence I don’t plan to press charges … I’m the one trying to bail her out,” he had said at the time.

What are your thoughts about 6ix9ine’s yet another brawl in the club? Tell us in the comments section.