Journalist and writer Annie Ali Khan died this weekend after a fire in her home in Karachi. A former model and a graduate of the Columbia Journalism School, Khan is being remembered for her in-depth reporting on women and her thoughtful and joyful approach to writing about everyday life.

“Her loss is a sobering loss for a people, and a country,” wrote the blogger Sepoy at Chapati Mystery. “It is a crushing loss to those of us who knew and loved her. She was a joyous person.”

To honor her memory, we’ve rounded up four pieces by Khan we think that everyone should read.

“A Pre-Dawn Daal Fry in Karachi,” Roads and Kingdoms

In this 2016 piece, Khan wrote of returning to her hometown after several years abroad and how food and talking to locals were both key parts of her readjustment process.

Daal has neither the fancy Mughal airs of Biryani nor the aspirational cachet of fast food. In its basic form, it is a simple food of lentils cooked in ghee (clarified butter), with turmeric, garlic, cumin seeds, and blackened onion sprinkled on top. “Daal roti,” or daal with bread, is used in local vernacular to denote a life sans frills. In the afternoons, daal and rice is sold on street. A plate can cost anywhere from 20 to 50 rupees, roughly 50 cents. Bank clerks in loosened ties and laborers in their worn, discolored kameez can be seen eating by the roadside.

Khan’s moving and honest essay about beauty and expectations for South Asian women is both relatable and poignant.

It is difficult to say exactly where the preoccupation with light skin in South Asia comes from. Whether the British left it behind as part of their legacy of white supremacy, or it dates further back to the ancient Hindu scriptures, where light skin symbolized purity and higher status, the message is now everywhere in popular Pakistani culture. The lightening cream merchants have tapped into a deep cultural well and touched a nerve, promoting the already familiar notion across much of Asia that lighter is better.

“A Railway Pilgrimage in Pakistan,” Roads and Kingdoms

The daughter of an airline pilot, Khan noted in this Roads and Kingdom essay that she had never actually ridden on a train until she was an adult. She had the chance to explore Pakistan via the railways in 2015:

I manage to climb onboard just in time. Taking a left from a set of toilets flanking the rear of the car, I walk into a narrow corridor connecting seven compartments. I enter the second one, indicated on my ticket, and find a group of women seated on the bottom berth chatting. There are enough women riding in business class that the ticket agent is able to group us together in our own compartment. Often when traveling by air in Pakistan, I recall, the ticket agent would similarly seat me next to a female passenger whenever possible.

“A Hindu Pilgrimage in Pakistan,” Roads and Kingdoms

One of Khan’s most widely praised pieces, “A Hindu Pilgrimage in Pakistan” detailed her trip to Balochistan to visit a Hindu holy site that many pilgrims regularly visit despite the danger they may face.

The Hinglaj temple is located in a cave in the Hingol mountains. It is where the goddess Sati’s head (one of the forms of Durga) is said to have fallen from the sky after her body was cut into 51 pieces by Vishnu. “The Hinglaj is to us as the Ka’abah is to you,” said my local Hindu guide, Danesh Kumar, referring to the shrine in Mecca toward which all Muslims direct their daily prayers. Kumar was a local politician and a member of the representative committee of the Hinglaj temple. Clad in a white shalwar kamiz, he fit the bill of both reverent pilgrim and veteran politician. A journalist friend had introduced me to Kumar. He was on his way to pay his respects at Hinglaj and had offered to take me along for the ride.

Readers can also watch Khan reading one of her travelogues from Peshawar below. 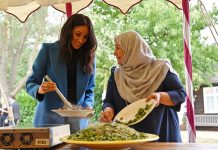 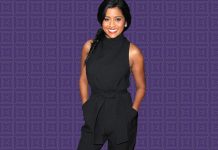 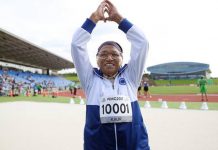 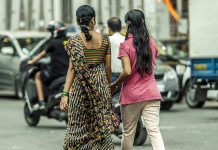 The Popular Muslim American Podcast ‘See Something Say Something’ is Ending