163 Year Old Man: What is the Fuss on TikTok All About?

The internet is a wild place where you would get to see all sorts of things going viral, especially on social media platforms like TikTok. And just this week, a video went viral on TikTok which has raised a lot of rumours and speculations.

A video of a man who is allegedly 163 years old went viral on TikTok recently on a profile named @auyary13. Although videos were being posted on the account since January, 2022, the profile started to gather attention a month later, in February. 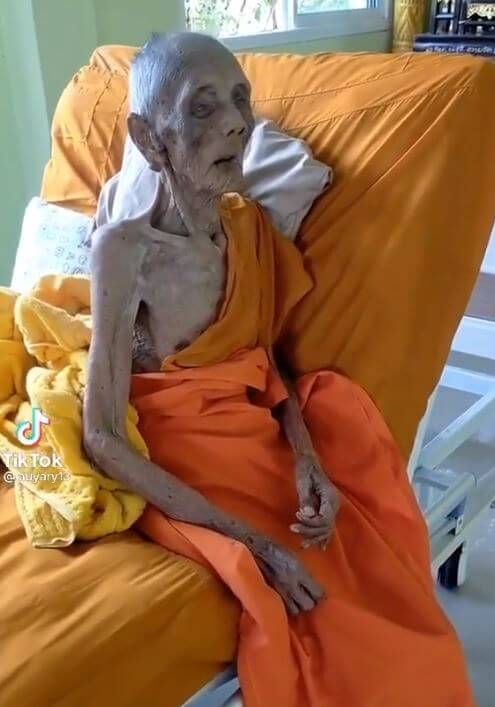 The videos being shared feature a very old man laying on the bed of a hospital in Thailand wherein his body seems emaciated and extremely fragile.

The moment this man’s videos started to appear on people’s ‘For You Page’, everyone started to make all sorts of assumptions about him. Some even went so far as to say that the supposed 163 year old man is a monk who is practicing self-mummification or Sokushinbutsu. It is a popular Buddhist practice wherein one can turn into a mummy while technically still being alive.

Although rumours claim that the supposed monk is practicing such a thing, the rumours are actually untrue. The truth revealed behind the 163 year old man

The TikTok user who had been sharing videos and snippets about the supposed 163 year old man, seems to be his granddaughter, who has put up a bunch of such posts. However, rumours claiming that the man is 163 years of age, are false.

The man in the viral TikTok videos is a monk in reality too, but he isn’t 163 years old. In fact, he is a 109 year old Thai man known as Luang Pho Yai. And though it appears that he might be a monk from Thailand, based on his attire, rumours about both his age as well as him practicing Sokushinbutsu are fake.

Ayuary is the one who runs the TikTok account which consists of videos of Yai and people have gone crazy over the man’s videos as they came up with age guesses and other such speculations. While some people exclaimed how fascinated they were but the “163 year old monk”, others cracked jokes about it. 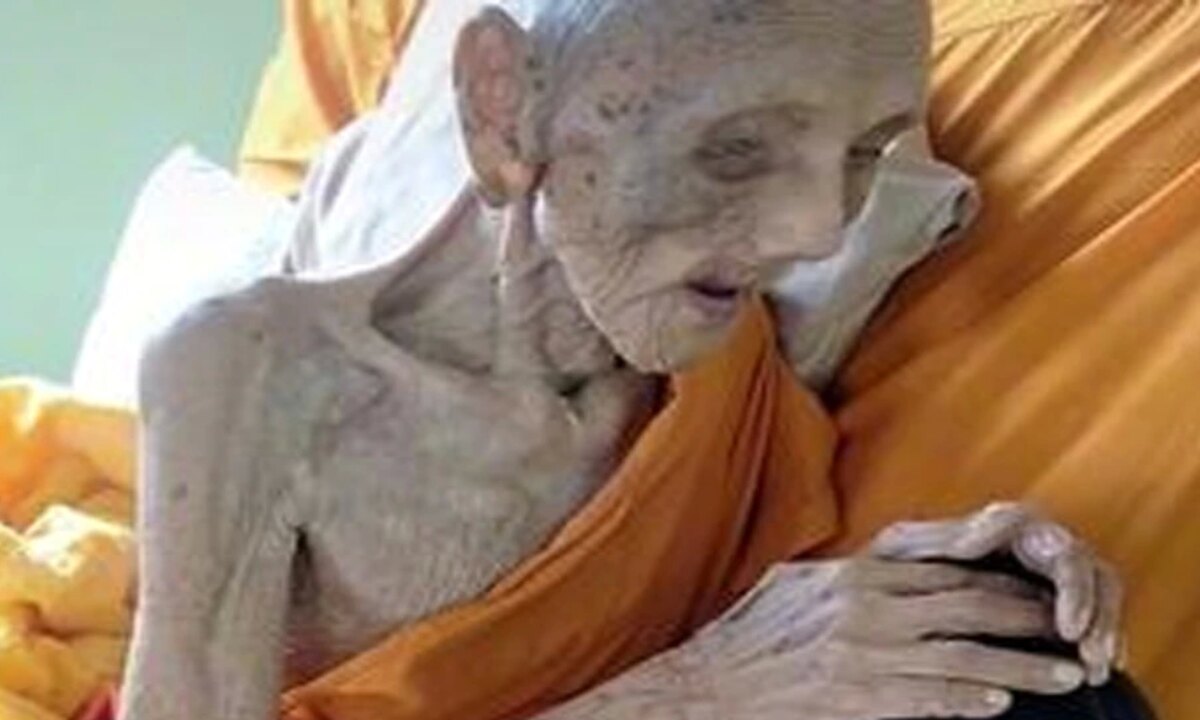 In some of his most seen videos, the man is either simply laying down on the bed of the hospital, or he is conversing with his granddaughter. And these videos have about millions of views.

One video which went the most viral is of the man sitting on the bed with both his hands on the head of a young child. That video alone has about 74 million views with over 10,000 comments from the viewers.

But one thing is for sure, that the man isn’t 163 years old, considering how it is physically impossible for a human to live more than upto 120-150 years. So, don’t believe everything that you see or read on the internet.

Currently, the oldest person in the world as of 2022 is a man named Juan Vicente Pére, who is 112 years old.