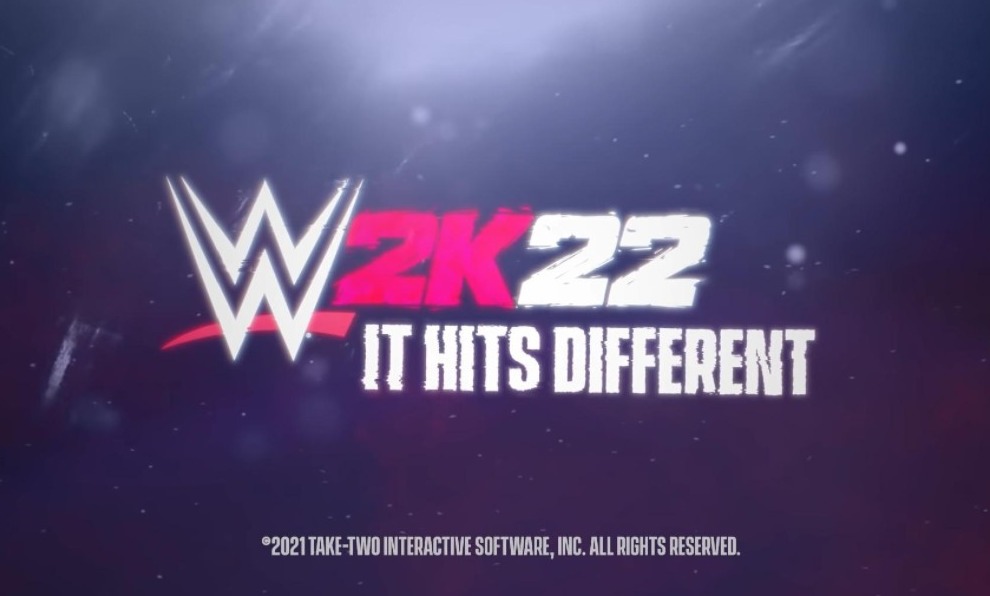 This title from the popular franchise has been in development for quite some time. Find out what do we know about it yet, when it is going to release, and what platforms you can enjoy it on.

With the slogan, “It hits different,” WWE 2K22 is set to please fans with its new controls, updated graphics, and a redesigned engine. It will also utilize a new facial scanning technology, and 2K, the publisher, has confirmed that over 85% of the in-game roster has taken part in having their bodies scanned into the game.

After a disastrous WWE 2K20, the company canceled WWE 2K21 due to multiple reasons including improvising the next edition as well as potential conflicts between WWE and 2K. Now, the storms seem to have resided, and fans are ready to try out the new WWE game.

What is the WWE 2K22 Release Date?

WWE 2K22, the upcoming pro-wrestling video game developed by Visual Concepts and published by 2K Sports in collaboration with World Wrestling Entertainment (WWE), will be the 26th edition of the WWE game series and 9th under 2K’s name.

According to the official, WWE 2K22 website, the game is set to release in March 2022. During the SummerSlam 2021 event, 2K and Visual Concepts also confirmed that the game will come out in March 2022. Traditionally, 2K and WWE were known to release their games in October. However, this is going to change this time.

According to @NilsAhrDE, a reliable insider, WWE 2K22 will have a three-day Early Access period starting March 8, 2022.

Let's continue with exclusive Information:
3-Day Early Access Available March 8th.
The WWE 2K22 Deluxe Edition contains everything that is included in the WWE 2K22 Standard Edition, PLUS: the Undertaker Immortal Pack and the Season Pass.

So, the official release date for WWE 2K22 for March 11, 2022. This also lines up with the Wrestlemania season when WWE fans keep running wild.

What platforms can you play WWE 2K22?

WWE 2K22 will be available to play on PlayStation 4, PlayStation 5, Xbox One, Xbox Series X/S, and Microsoft Windows. This means, any WWE fan having either of these consoles or an eligible PC will be able to play it. 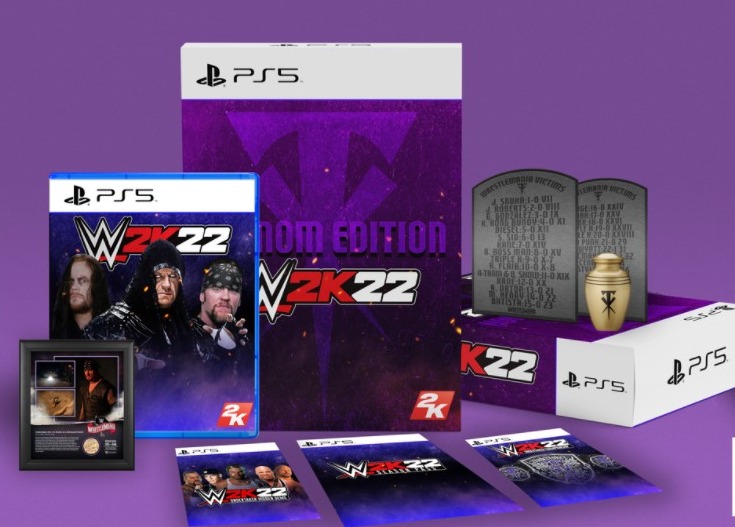 Yes, the WWE 2K22 game is confirmed, and the development is almost complete. Currently, the game is in the hands of testers and awaiting the final green flags. It was first announced officially before the main event of Wrestlemania 37 as the follow-up to WWE 2K20.

In the July 23 episode of WWE Smackdown, Michael Cole, the commentator revealed several key details about the game. Then, during SummerSlam last year, we got an official release window for the game.

Last November, we got the popular “Hit List” trailer showcasing the ten specific features of the “It Hits Different” slogan and return of the GM Mode. You can watch the trailer below:

According to the above leak, WWE 2K22 will have a three-day early access period for pre-orders. This seems inevitable as 2K has confirmed via a new report that a full reveal of the game will take place this month. However, they didn’t share what details will be unveiled.

We also know that there will be two editions of the game- Standard Edition and Deluxe Edition. The Deluxe Edition will come with the base game, the Undertaker Immortal Pack, and Season Pass. The Undertake pack will also be available as the pre-order bonus for WWE 2K22. 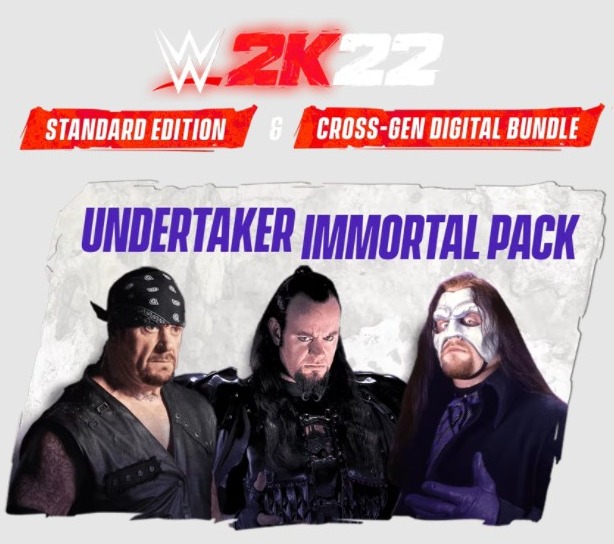 The Undertaker Immortal Pack includes three different personas for the Undertaker- Phantom Mask, Lord of Darkness, and Boneyard Match. It will also have MyFACTON EVO cards and some other perks as well.

More details about pre-ordering the game will be available soon.

Who is going to be on the Cover?

WWE fans keep making predictions about who is going to be the cover star for the next WWE 2K game. Becky Lynch and Roman Reigns were the cover stars for WWE 2K20. For the upcoming WWE 2K22, fans were expecting Brock Lesnar to be the frontrunner for the cover.

However, recent leaks are suggesting that Rey Mysterio is going to be on the cover of WWE 2K22. This could be true considering the status of Mysterio as a legend in the company. We are also expecting Edge, Goldberg, and Drew McIntyre to be into consideration for the cover.

The upcoming WWE 2K22 is going to be an incredible and one of the best games of the franchise, according to early reports. The developer has found enough time to offer a new engine along with improved graphics, controls, and all the other elements.

You will find several new features and multiple game modes available in the much-awaited title. MyRise will be the regular career or story mode where you can experience the journey of a WWE Superstar as a rookie making his way up the ranks. 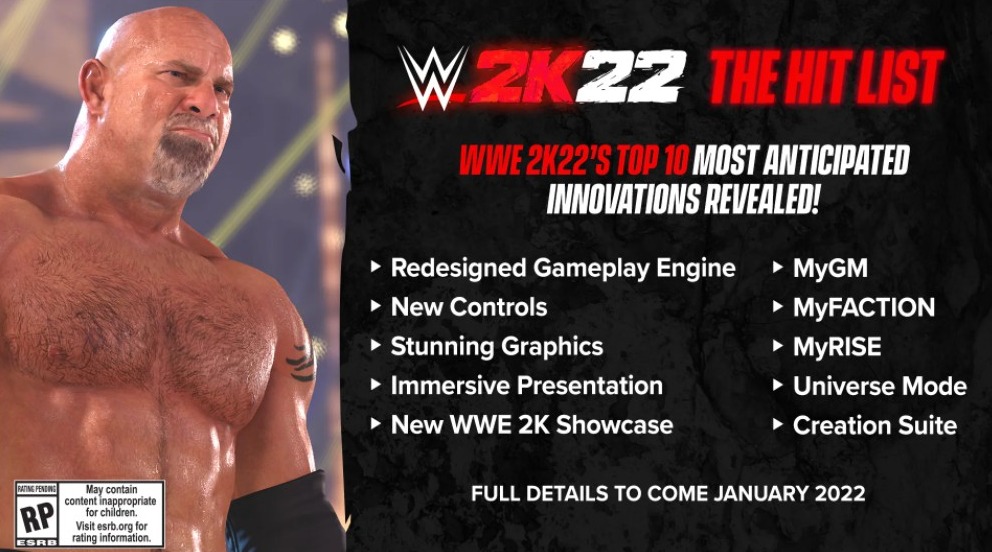 There’s also MyFaction mode where you have to form and run your own stable that will take on the iconic nWo. 2K’s recent announcement has also confirmed there will be more than 3,400 new animations in the game.

According to Brian Mazique from Forbes, the game’s controls are “much cleaner” and “it feels like a fan’s wrestling game.”

WWE 2K22 is expected to have a rich and lengthy roster. However, it is not known if its roster will be bigger than WWE 2K20 which had over 238 superstars. A lot of megastars like Daniel Bryan, Bray Wyatt, Braun Strowman, etc have left the company.

The first roster ratings have been posted on the @WWEgames website for #WWE2K22 pic.twitter.com/GJUKrJWeMH

This will definitely shorten the roster size but still, WWE has enough superstars to beat their previous record. As of now, the following WWE superstars are confirmed for WWE 2K22:

More names will be revealed soon, potentially by the end of this month. The game seems really exciting, and as a WWE fan, honestly, it has been years since a WWE 2K game appeared this good.

If you haven’t seen the trailer and teaser yet, do take a look and share your opinions using the comment box.