Duraludon is the latest Pokemon joining the roster in Pokemon Unite. The Steel and Dragon ‘Mon was announced alongside Hoopa and new game modes in the recent Pokemon Presents live stream celebrating the 26th anniversary of the franchise. Find out what is the release date of Duraludon in Pokemon Unite. 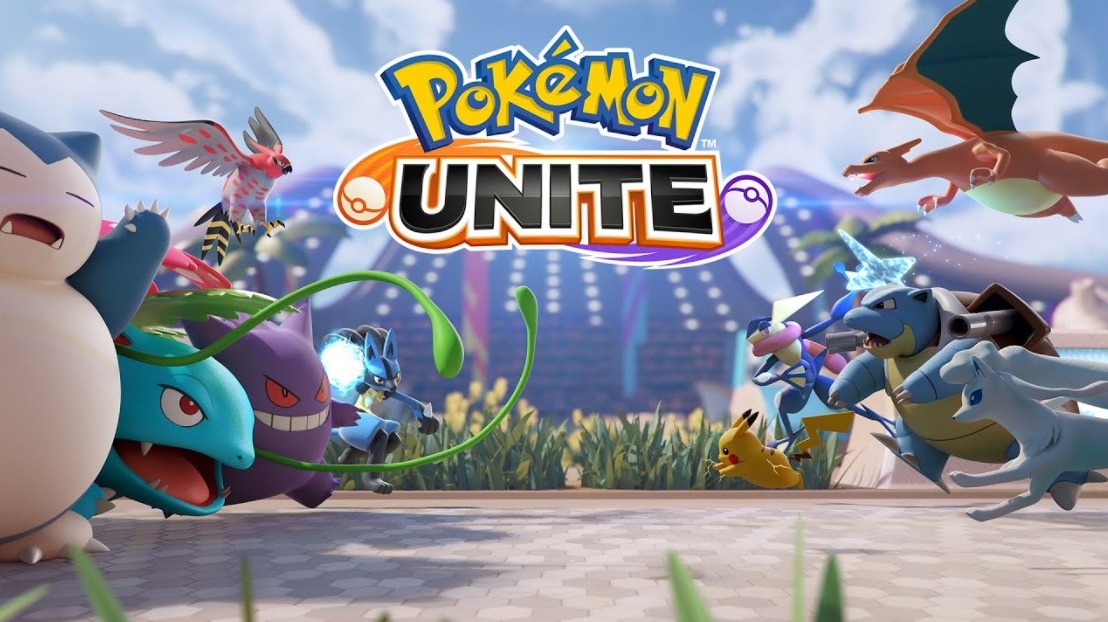 Duraludon, the Steel/Dragon-type Alloy Pokemon, will soon be arriving to Unite, the popular free-to-play MOBA on Switch, Android, and iOS. It will be the 33rd entry to the growing roster of Pokemon alongside Hoopa. Before them, Aegislash joined Unite.

The Pokemon Presents did not reveal all the details about Duraludon, but we do have an idea about its role, moveset, and several other things. One thing is for sure that you’ll soon be able to play Pokemon Unite using Duraludon.

Pokemon Unite: What is the Release Date for Duraludon?

The announcement about Duraludon joining Pokemon Unite as a playable character came on February 27 via the Pokemon Day 2022 celebration. However, the presentation didn’t reveal an official release date for Duraludon in Pokemon Unite. It only mentioned the following:

“Enjoy a preview of the next pokemon slated to join Pokemon Unite in the future.” 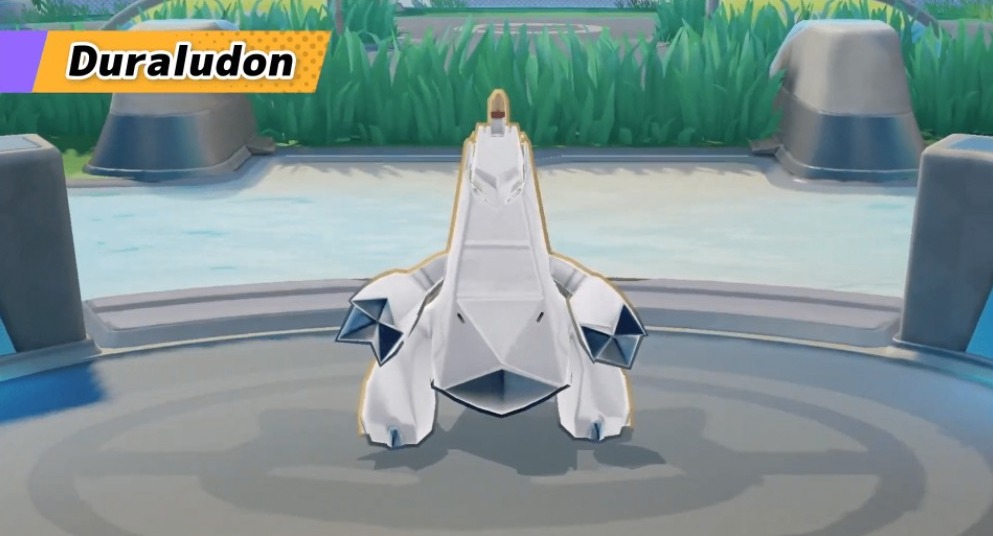 For now, we can only wait for an official release date and time. Until then, you can play as Hoopa which is already available as a free playable character.

What will be Duraludon’s Role in Pokemon Unite?

The Duraludon teaser on Pokemon Day didn’t reveal its role in Pokemon Unite. However, a previous tweet by Pokemon Unite has confirmed that the new Pokemon coming in March will be an Attacker. The image on the flyer closely resembles Duraludon, and its release date will be around the same time.

We've captured one of these varmints already, but there's still more on the frontier! Keep an eye out for some new outlaws coming to Aeos Island! #PokemonUNITE pic.twitter.com/QsfjJS3qgV

Thus, Duraludon will likely be the newest Attacker in Pokemon Unite with high chances of being a Special Attacker. It will be able to deal damage using its high Special Attack stats, just like the core games.

It is also expected that Duraludon will have lower endurance and HP due to being an Attacker with high offensive stats. However, considering its unique type, it may have different stats than other Attackers.

What Moves and Ability will Duraludon have in Pokemon Unite?

Duraludon is a Steel/Dragon-type Pokemon introduced in the Galar region in Pokemon Sword and Shield. This robotic-looking dragon is the signature Pokemon of Raihan, who is the eighth Gym Leader of the region.

In Pokemon Unite, Duraludon could have the Metal Burst move which is its signature move in the core games. We have also seen it in the teaser where it surrounds Ludicolo with debris and shards. The new Attacker Pokemon could serve as an Area Damager or Ranged Attacker in the game. It is also expected to have the Dragon Pulse move. We saw Duraludon bursting with energy and taking down Ludicolo at the end of the video. It could be the Pokemon’s Unite move as it receives an aura after using it. 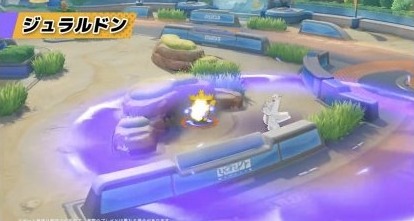 Duraludon can also have Stealth Rock and Mean Look like moves in Pokemon Unite as we have seen it hurling rocky formations and surrounding Ludicolo with purple energy that potentially traps it from escaping. 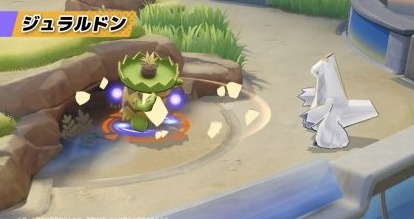 What will be Duraludon’s License Price in Pokemon Unite?

And we’re also getting a new Unite license?! I had no idea we would eventually get Duraludon either!! #pokemon #pokemonunite #PokemonDay pic.twitter.com/guAQqtAKNk

You will have to spend your Aeos Coins or Aeos Gems to unlock it. However, it is not confirmed yet. We shall wait for an official confirmation.

Hoopa is available to play for free in Pokemon Unite Now

Hoopa is another new addition to the Pokemon Unite roster as a playable Pokemon. It is already available in the game to play for free as part of the game’s ongoing Pokemon Day 2022 event. The event will run until March 14, 2022.

Although there is no official release date available for Duraludon currently, players can still enjoy the game with Hoopa. 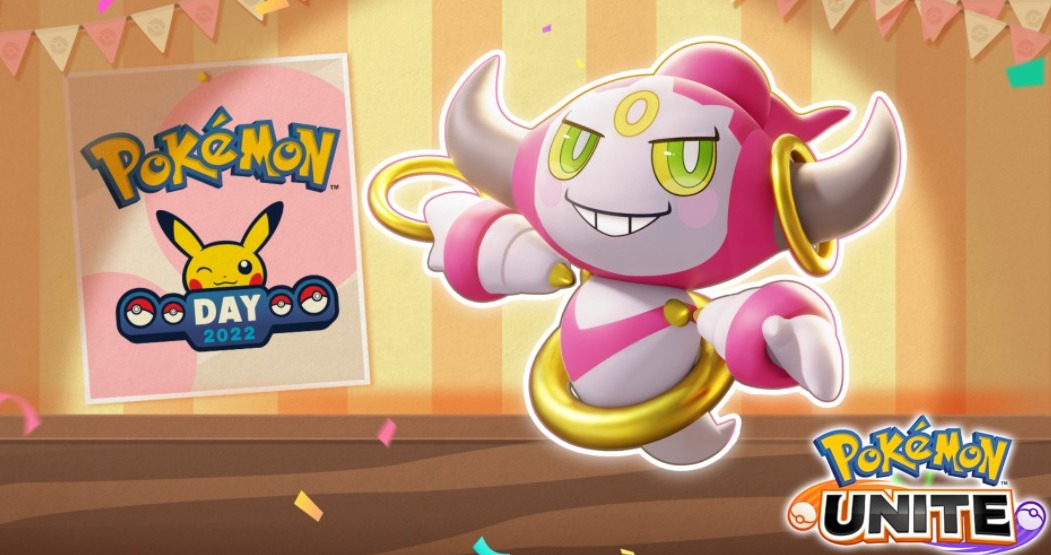 You can play as Hoopa for free by using the Limited license. If the player completes all of the special missions, they will also earn Hoopa’s Unite license which will unlock the new Pokemon permanently.

Hoopa is also offering a key ability that will allow players to warp their teammates across the move. Also, Hoopa’s Unite move will transform it into Hoopa Unbound, giving your side additional moves like a laser beam.

Note: You can check Hoopa and Duraludon coming to Pokemon Unite around 5:50 Mark.

Hoopa has been teased previously but Duraludon is a complete surprise to Pokemon Unite players. It isn’t the most popular or iconic ‘Mon but appears to be a worthy addition to the ever-growing Unite roster.

Are you excited to play as Duraludon? Let us know via the comments.