Horizon Forbidden West is set to release next month but legitimate screenshots of the gameplay have leaked online just a month ahead of launch. This means, an unfinished version of the game is in the hands of pirates, and spoilers might arrive anytime soon. 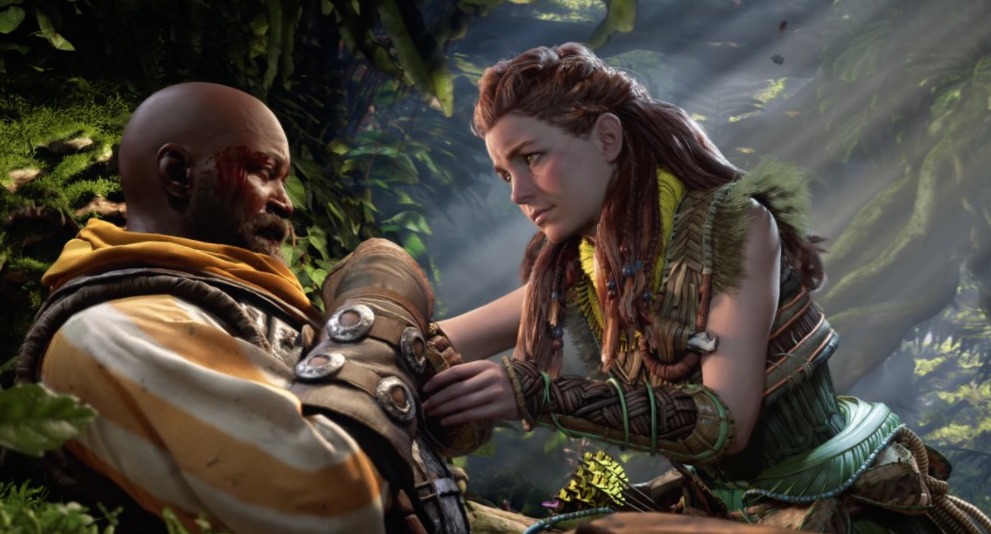 However, Sony has been acting quickly and effectively, after experiencing a similar situation with Last of Us 2 in 2020. Thus, no gameplay video or game build has been released on file-sharing websites.

On Monday, only the images of what seemed like the PS4 version of the PS exclusive upcoming title began circulating on social media. Later, VGC confirmed that the screenshots are real, except for some missing art assets.

The screenshots of Horizon Forbidden West gameplay were first shared on Reddit without any specific description. It was only mentioned that they are leaked and jailbreak. You can check the post here (SPOILER ALERT).

After that, images started circulating on Twitter and other social media platforms. Later, they were taken down due to a “Copyright complaint by the owner.”

This further suggests that they were indeed real. VideoGamesChronicles has also confirmed from its sources that “leaked build is indeed legitimate and, other than some missing art assets, contains the entire core content planned for the final game.”

The good thing is that a pirated copy of the title is not being shared on file-sharing sites. We also haven’t seen any leaked gameplay videos either.

The Good News is the Game Looks Amazing

The good thing from this mishappening is that Horizon Forbidden West looks absolutely amazing and even better than the predecessor, Horizon Zero Dawn. I’d strongly recommend that you don’t go through the spoilers. 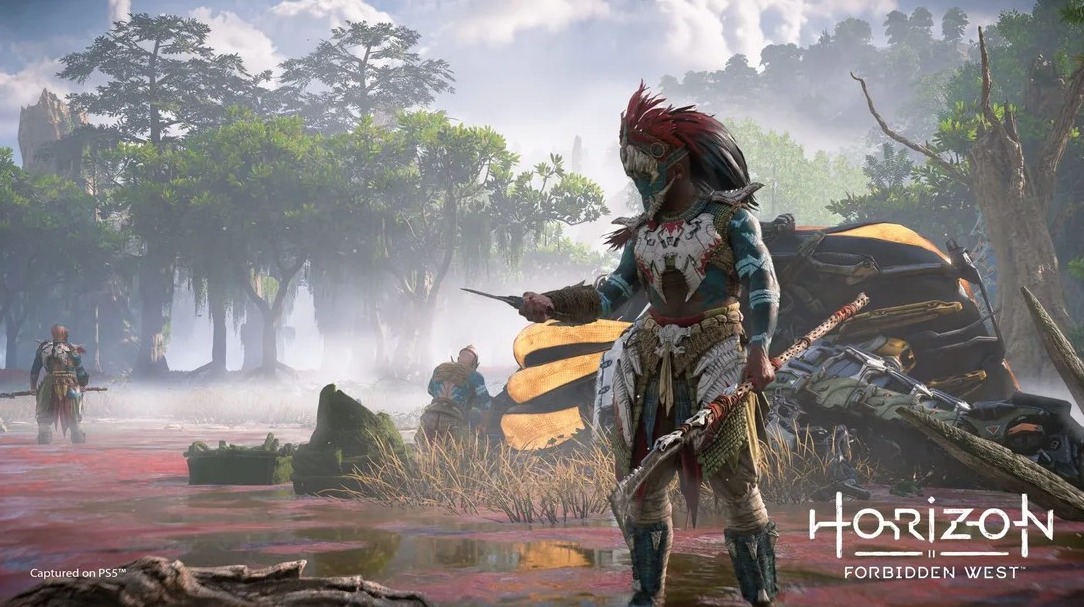 Instead, wait until the official release, get your copy, and then enjoy playing. For a month, you’ll have to be extra careful on the Internet. Various reports suggest that the game could also be leaked as an unfinished/developer build is in the hands of pirates.

Horizon Forbidden West is an upcoming action RPG video game that Sony revealed during its “The Future of Gaming” event for the PS5. It is the sequel to Horizon Zero Dawn, developed by Guerrilla Games, and published by Sony Interactive Entertainment.

Horizon Forbidden West will officially release on February 18, 2022, Friday for PlayStation 4 and PlayStation 5. It is already available for pre-order on the official PlayStation website. 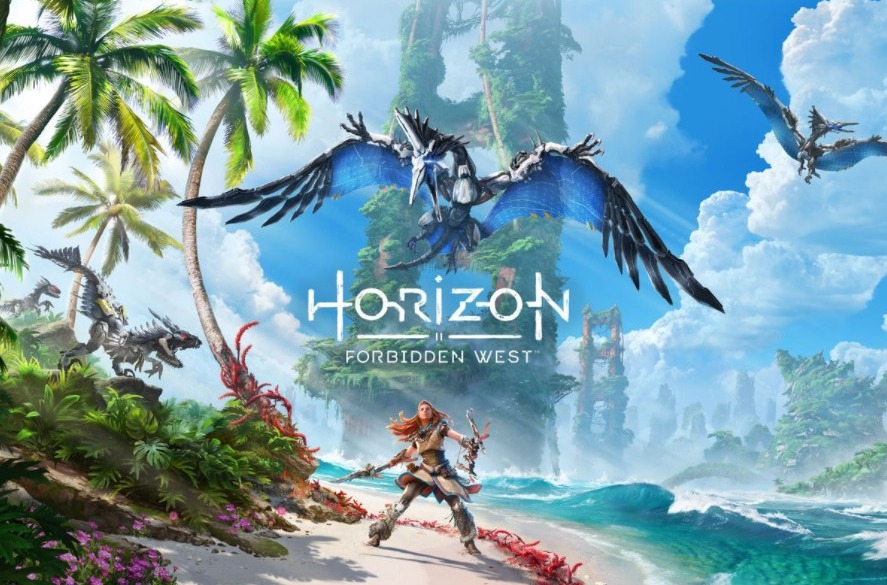 Will Horizon Forbidden West be available on PC?

No. Horizon Forbidden West will not release for PC at launch as it is a Sony PlayStation-exclusive title. It will only be available for PS4 and PS5. So, you’ll need either of those to play it.

However, Sony might release a PC version of the game later as the prequel is currently available on PC. Nothing is official about that at the time of writing. The only official news is that Sony will offer a free PS4 to PS5 upgrade for the game.

Horizon Forbidden West is a third-person action role-playing game where you’ll play Aloy, who is a huntress willing to explore Forbidden West, which is a majestic but dangerous frontier hiding mysterious threats.

You will have to explore distant lands, fight bigger and more formidable machines, and encounter staggering new tribes when you return to the far-future in the post-apocalyptic world of Horizon. 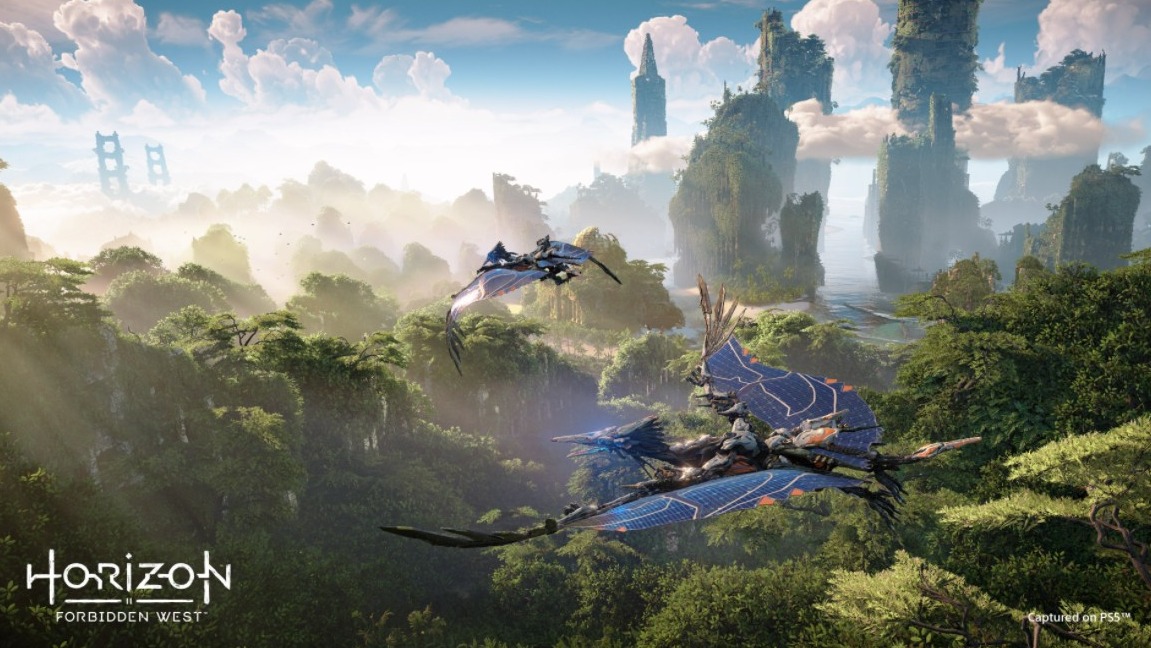 The land is dying, the remnants of humanity are on the verge of extinction, and only Aloy can unveil the secrets and restore order and balance to the world. Along your journey, you will reunite with old friends, make new alliances, form factions, and save the splendid world.

On January 6, 2022, Horizon Forbidden West’s latest trailer introduced us to the beautiful tribes in the game consisting of people doing all types of jobs. They seem to enjoy their lives by raising a drink with friends. The other tribes are more guarded, and they sing songs to try healing their lands overtaken by blights.

The trailer ends with a tease for an “even stronger tribe… searching for secrets on the very edge of the west.” The trailer video shows off the mesmerizing environment the players are about to experience in the game. The visuals seem very stunning.

You can check the trailer below:

If you have played Horizon Zero Dawn, just wait for a few more days until the sequel arrives, and you can re-live the life of Aloy. Or, if you haven’t played it yet, go and start playing right now. You will definitely love the thrilling gameplay.

Also, stay alert as to not fall into spoilers about the upcoming title on the Internet. We’ll also keep you updated about the latest development and news.