Here in this article, we’ll be covering how each hermit exits this season. Moreover, we’ll discuss their last episode briefly. Lastly, we’ll also figure out the dates on which Season 9 will officially start. So far, the moon has crashed on the server and has caused mass destruction. Without any further ado, let’s get into all the action we got to see in their last episode. 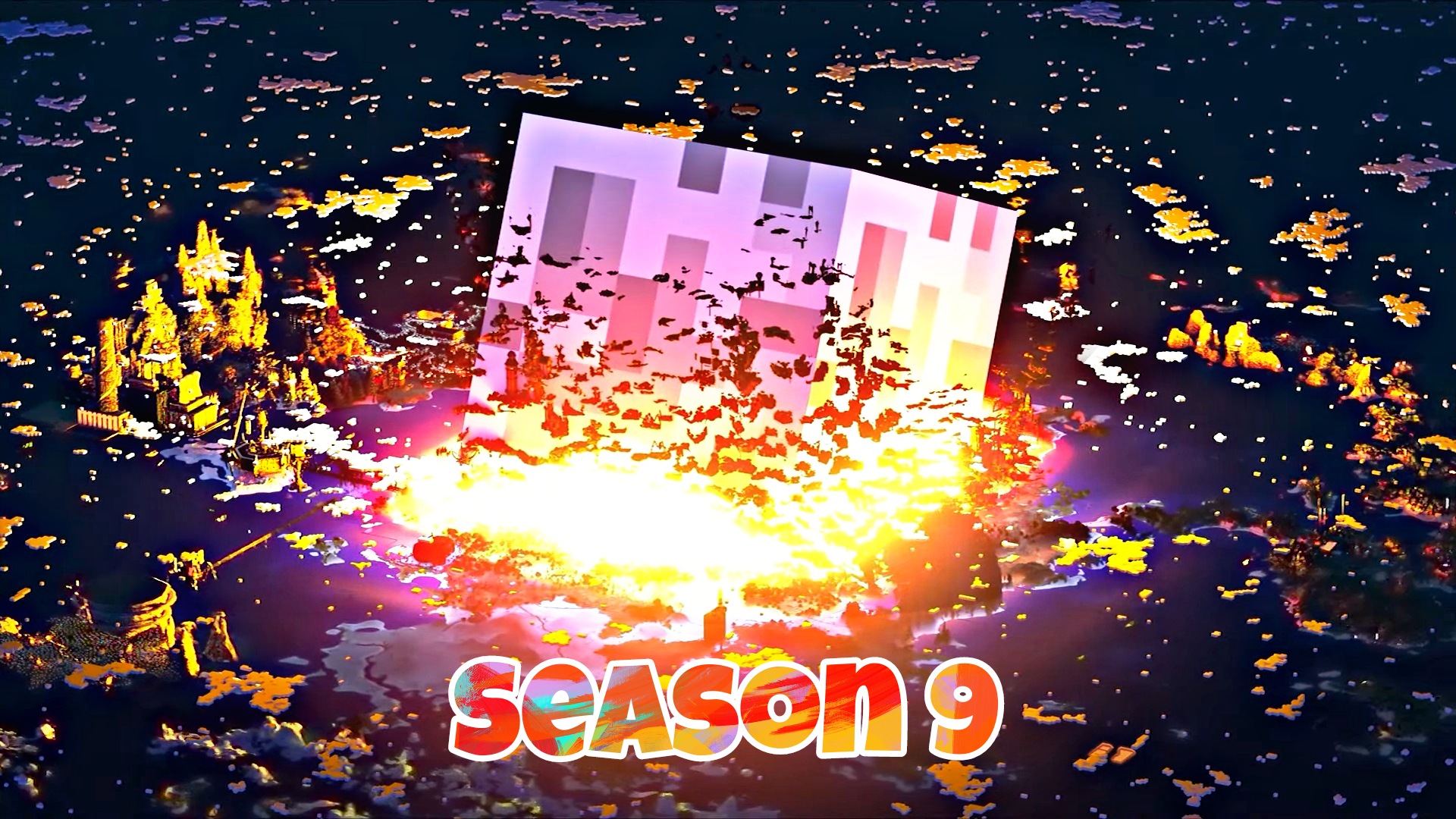 Since Minecraft 1.17 didn’t feature the cave and cliffs update, the hermits couldn’t do much at the beginning of season 8. However, with the upcoming 1.18 version, the game has acquired multiple new features. Thus, the hermits needed to exit season 8 asap to use these features.

Consequently, the hermits came up with one of the most bizarre ideas to end a season. Not only did the hermits plan to end the server controversially, but they also decided to destroy all their creations while doing so. 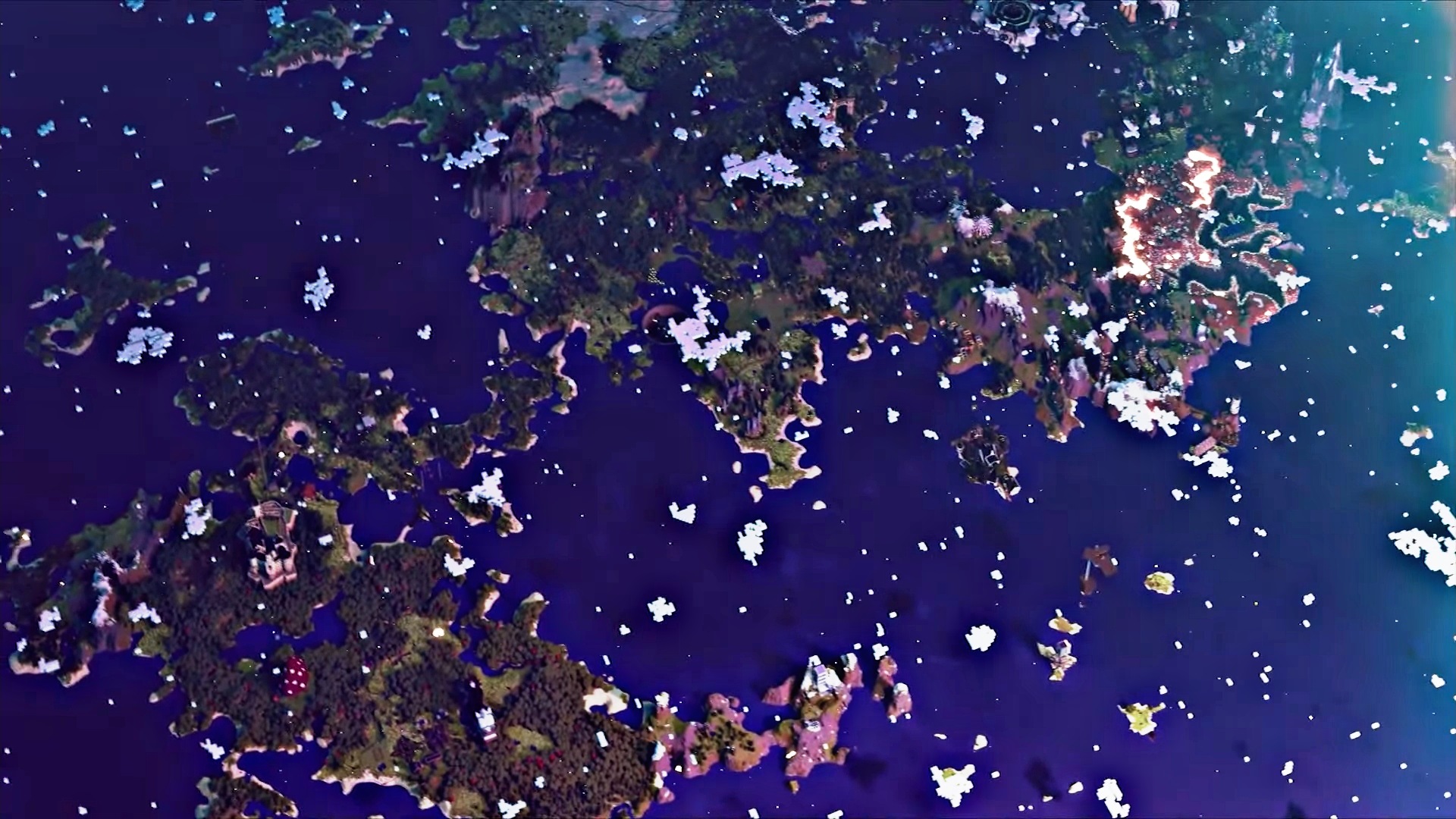 On December 22nd, 2021, all hermits uploaded videos of the moon crashing down on the server. Additionally, each hermit shared the same ending video. Indubitably, this was one of the most iconic exits in the history of Minecraft.

Docm77 and Rendog were the only ones to confirm Hermitcraft Season 9 at the end of their videos.

How Each Hermit Exited Hermitcraft Season 8?

Though there were 26 hermits at the beginning of the season, some of them decided to take an early leave. However, most of the hermits teamed up to allure us for the next season. Hence, let’s get to know how each hermit exited Season 8.

Boatem was the key point for most of the shenanigans in the server. With Grian and GoodTimesWithScar as the iconic pranksters of the server, Boatem featured numerous hilarious events. On the other hand, Mumbo Jumbo, ImpulseSV, and PearlescentMoon performed tremendous building skills. 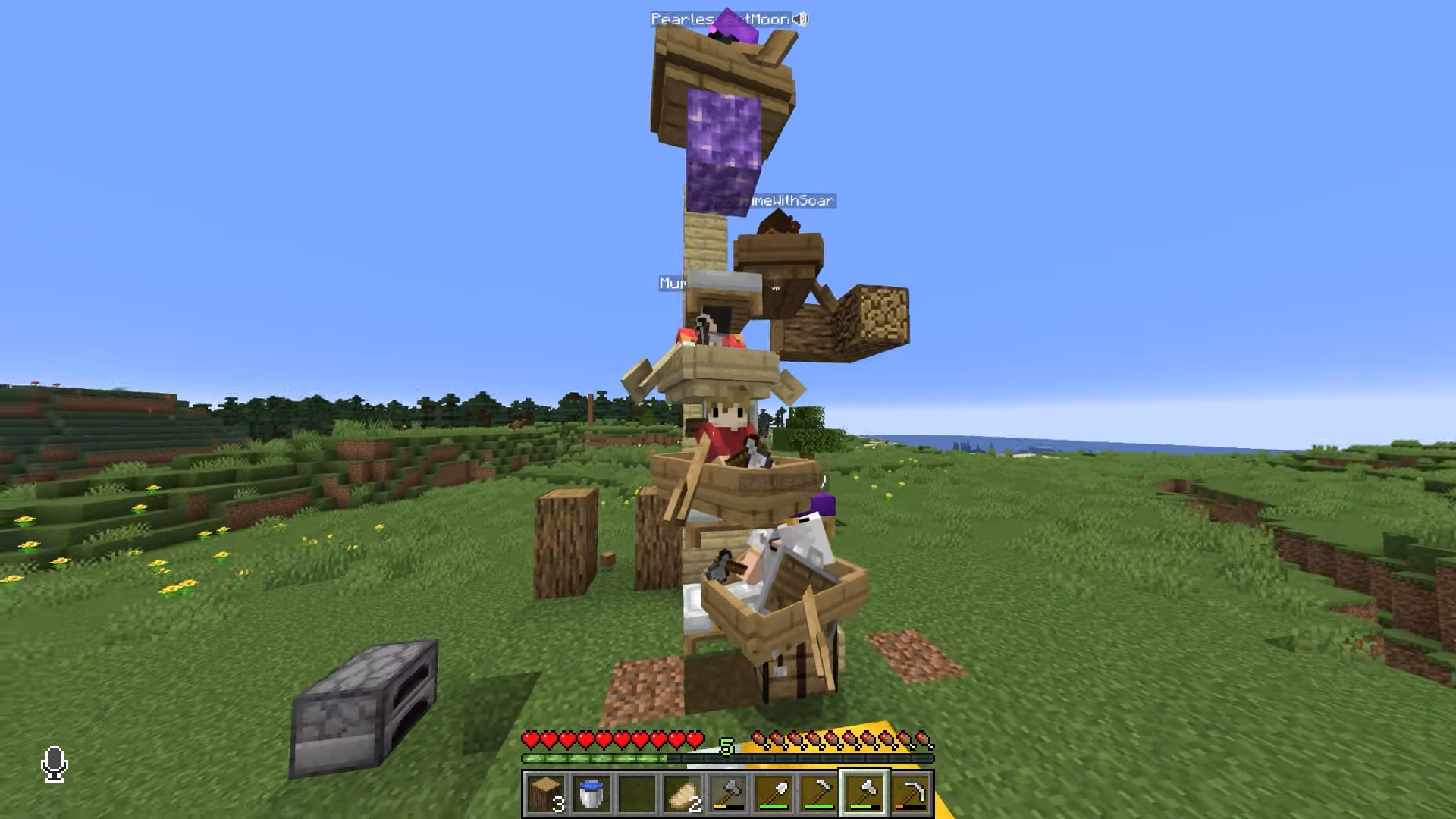 Starting off their videos, each Boatem hermit was frightened. Since the moon was closer than ever, the hermits decided to hand their lives in Scar’s hands. On his mission to save everyone, Scar decided to build a rocket above the Boatem hole.

PearlescentMoon’s video was one of the longest ones amongst other hermits. Saying goodbye to her beloved llamas, Pearl decided to meet other Boatem members. After a few certain events, she found out that destruction was inevitable.

Hence, Pearl built a room for her llamas and other pets in the nether. Moreover, Pearl handed her cat Nugget to Scar who had promised to save all the pets with his rocket. After checking out, Pearl wore her suit and entered Scar’s rocket.

As the ex-CEO of Boatem, Mumbo planned to embrace the moon in spite of hating it. However, he changes his plan after realizing the upcoming calamity.

Previously, he tried to blow up the moon. However, his plans failed and he finally agreed to take a seat in Scar’s rocket. Saying goodbye to all his creations, Mumbo Jumbo entered Scar’s rocket in the hope of escaping the catastrophe.

Impulse had created one of the most amazing builds this season. Sadly, Impulse had to let go of everything.

Nonetheless, Timmy (the magic pig) shrunk the chocolate factory and moved it inside a shulker box. Hence, Impulse was now ready to set off for Hermitcraft Season 9. Like other Boatem Members, he entered the Scar Express.

Whether it be constructing big projects or selling products, Giran has always aced his game. In addition, he has also proved himself as someone who doesn’t do the backside of his builds.

Nonetheless, Grian finished off his last building in the Midnight Alley. Also, Grian gave all his earnings to Scar for his project. With hopes, Grian entered Scar’s rockets.

Finally, Scar returned after his illness. Moreover, he built amazing additions to his Swagon. Taking the hopes of other hermits, Scar decided to build a rocket to escape the upcoming disaster.

Rescuing all the pets which the hermits had entrusted him with, Scar entered the rocket with his fellow hermits. Since Scar is Scar, the rockets led the Boatem people down the Boatem hole rather than escaping into space.

Thus, Mumbo Jumbo, PearlescentMoon, Grian, ImpulseSV, and GoodTimesWithScar will be entering Hermitcraft Season 9 after falling into their own creation.

Being one of the richest guys in the previous seasons, Keralis had a master plan for this one as well. However, he took a long break to spend some more family time. By the time he returned, the hermits had decided to leave season 8.

In order to escape the server, Keralis decided to use TNT to fire himself into space. Wearing his special suit, Keralis entered the launch chamber with high hopes. Sadly, the TNT’s didn’t create much pressure and he couldn’t escape the calamity.

As a grounded man he is, Bdubs decided to not escape the server and send ground reports to TangoTek. Staying back, Bdubs couldn’t do much and directly faced the Big Moon crash.

Nevertheless, Bdubs journey in Season 8 was another hilarious one. On the one hand, we saw how determined he is with his projects. Creating paths that covered the whole server, and a mountain out of nowhere is no easy task. On the other hand, his contacts with Keralis and Pearls for his clocks were undeniably iconic ones.

Suiting up, Tango had already left the server to venture on the moon itself. With his AI Holsten, Tango aspired to protect everyone. Regardless of what happened on the server, Tango exploded a great part of the moon. As for what happened to him, he’s still floating into the void of space.

GeminiTay was nicely received by the Hermitcraft community. Stressmonster101 and FalseSymmetry formed an unofficial trio with Gem. Undoubtedly, the trio had many fun adventures.

Sadly, Stress had discontinued playing on the server for the last few months. So, she didn’t post any video regarding the Big Moon Mayhem. Hence, we’re wondering whether or not she’ll be in Hermitcraft Season 9.

Debuting this season, Gem showed how a great builder she is. Majestic trees and immersing buildings are how she defined her presence in the server. Lastly, Gem decided to venture off in the nether to protect herself from the upcoming disaster. Well, Gem is Great.

Serving as one of the key members of the swamp biome, False had created some extraordinary buildings. Previously, False had created a humongous eagle that lifted her shop. Thus, with the help of the eagle, False escaped the server.

The G.O.A.T of Hermitcraft Season 8:

Yes, we’re talking about the duo of Rendog and Docm77. Regardless of the shenanigans, Ren and Doc were the GOAT during season 8. Specifically, all hermits admired Doc’s building skills and crazy ideas.

Ren literally had one of the best seasons so far. Creating the Octagram with Doc, Ren earned a lot during season 8. Pranking the boatem guys was a piece of cake for the duo. Regardless, Ren provided a great storyline throughout this season.

Well, explaining their last video is certainly difficult. To sum it up, Doc and Ren tried to escape the calamity by placing the heads they had previously collected on some observers. However, they couldn’t evade the inevitable.

Nonetheless, the duo showed us how the hermits were in deep slumber and were just imagining things. Hence, season 8 was just a dream for the hermits and season 9 will commence soon.

While some hermits couldn’t finish off the season, some finished off in style.

As the server’s admin, Xisuma literally started a new currency. However, EvilX tricked him in the end. As for how Xisuma exited the server, he simply entered the nether. On the other hand, EvilX didn’t know anything about the Big Moon Mayhem after losing touch with Xisuma. Hence, he had to directly face the calamity.

Yet another great season for our favorite slime. Jevin provided us with great content throughout season 8. Though he had some illness issues, he bounced back with a megabase incomparable to any other. Lastly, iJevin left the server on a flying machine.

Undeniably, Hermitcraft is a server consisting of great builders around the globe. One of which is cubfan135. Well, what else can we say about Cub? The dude created a whole different biome in Minecraft. Cub’s dripstone canyon was an awe-inspiring build. Maybe, this was one of the best creations of all the Hermitcraft seasons combined. Cub left the server by successfully launching himself into space.

Joe and Cleo have been together since the start of season 8. While Cleo entered the nether, Joe wanted to spend some more time on the server. Hence, he didn’t escape the catastrophe with Cleo. On the other hand, we didn’t officially see what really happened to him.

Though the duo started the server together, Hypnotizd left it two months ago. On the other hand, xB stayed and created an enormous bunker to withstand the calamity.

Hence, here was all the information about all the hermits that released their videos of the Moon crash. Hope you found it informative. As of Hermitcraft Season 9, Ren, and Doc have confirmed that they’ll return soon with the next season. However, we don’t think it’ll be anytime before the New Year. On the other hand, we may get a Christmas gift.

Also, read How To Change Tick Speed in Minecraft?

Shubhesh
Shubhesh is a part-time blogger who likes to play with words.
RELATED ARTICLES
Gaming