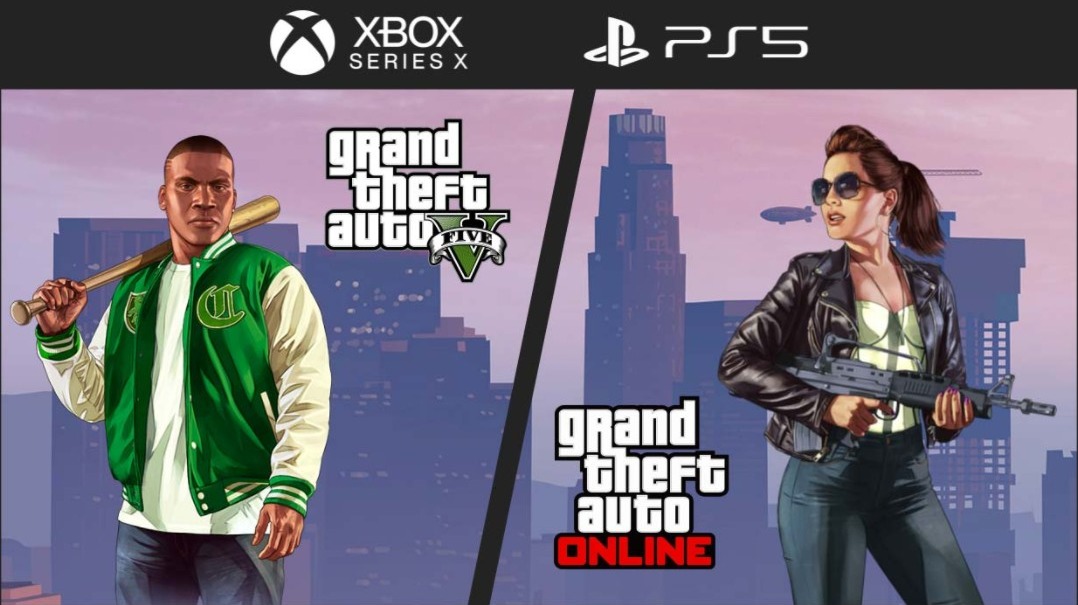 Rockstar Games has previously announced that GTA V is coming to the latest generation of Sony and Xbox consoles. The series creator has now revealed that the upcoming versions will have new features, visual improvements, and exclusive content via the latest blog post.

It has also revealed that a separate version of GTA Online is also coming which won’t need the base game to play, for the first time ever. The new versions will support cross-gen migration of story progression and the GTA Online character for returning players.

Fun Fact: The GTA V port to the “Gen 9 consoles” is coincidentally coming in the ninth year of the game’s existence.

GTA V was released around nine years ago on PS3 and Xbox 360 and has sold over 160 million copies since then. Now Rockstar Games is launching an expanded and enhanced version with an intention to use the power of the current-gen consoles.

So, GTA 5 for PlayStation 5 and Xbox Series X/S currently has a release date for Tuesday, March 15, 2022. The digital version will be available on the PlayStation Store and the Microsoft Store starting Tuesday at midnight.

The pre-purchase and pre-load will be available starting this Tuesday, March 8, 2022. However, the gamers looking to get the physical copy will have to wait until April, at least.

Previously, Rockstar Games had plans to release it on November 11, 2021, but they announced the postponement in September 2021. Later, they confirmed the March 2022 release along with the upcoming GTA 6.

When is the new GTA Online releasing?

GTA Online which will be a standalone version without needing the base game to run will also release on the same day as GTA V on PlayStation 5 and Xbox Series X/S, i.e. March 15, 2022.

The upcoming GTA online will introduce the ever-evolving world to the latest generation of consoles with a collection of improvements and returning players who’ll migrate their characters.

GTA 5 will launch on the PS5 and Xbox Series X/S as an “expanded and enhanced” version. Rockstar has confirmed that the new content includes streamlined onboarding as well as exclusive content featuring the auto-tuning experts at Hao’s Special Works, and cross-gen Story progress migration. 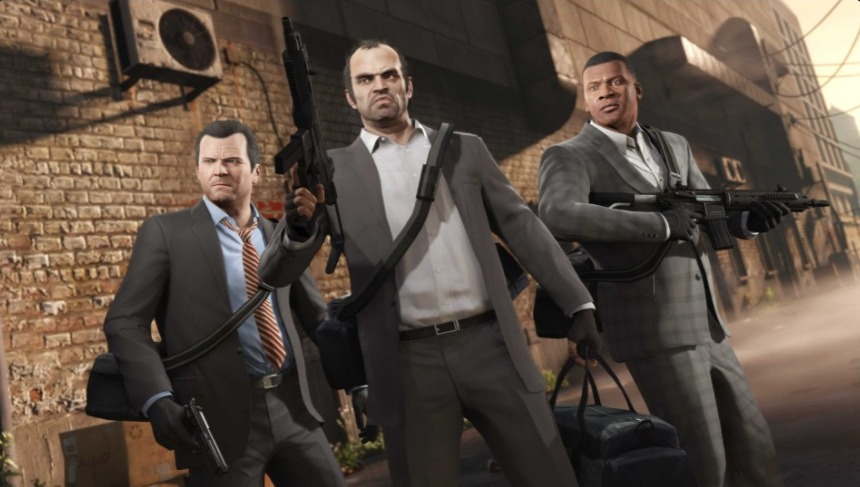 There will be graphical tweaks throughout the game and there will be three key graphics settings:

It will also utilize the technical advancements of the latest console hardware for quicker loading time, immersive 3D audio experience, and support for platform-specific features. The game will also feature “anti-aliasing, highly detailed explosions, improved water reflections” and a lot of stunning scenes. 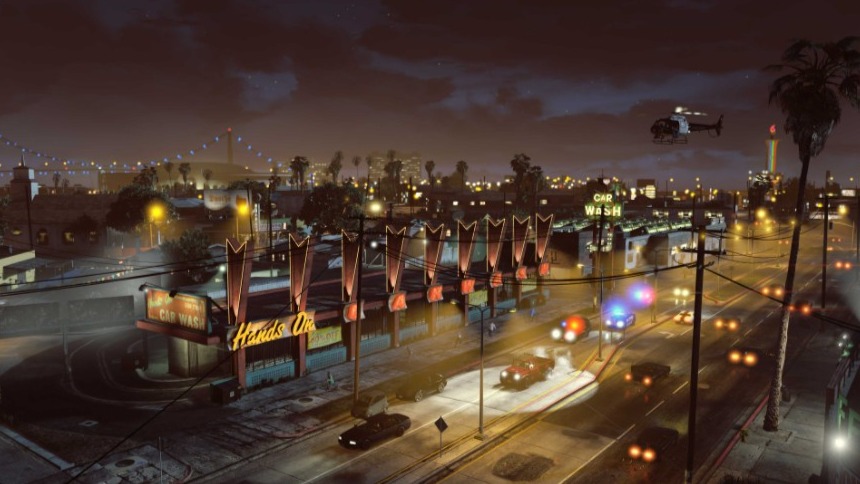 Another notable feature is that some vehicles will have higher top speeds on the latest consoles due to their ability to stream faster than last generations.

GTA V will also make use of the DualSense controller’s haptics and adaptive triggers on the PS5. It will let you explore stuff like weather effects, directional damage, rough road surfaces, and explosions. 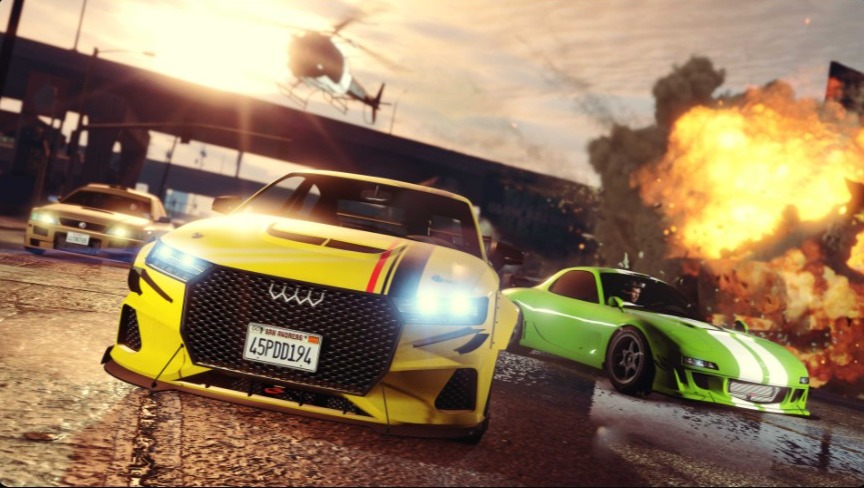 What’s new in the GTA 5 Online on PS5 and Xbox Series X/S?

GTA Online will be launching as a standalone title and will be entirely separate from the GTA V on PlayStation 5 and Xbox Series X/S. So, Rockstar Games have tried putting in a good amount of extra work to attract as many new and returning players as they could.

The new Career Builder feature in GTA Online will offer $4 million of in-game currency when you are starting. You can use the massive bag to select essentials including Business Properties, Vehicles, and Weapons to start your journey in the criminal world of Southern San Andreas. 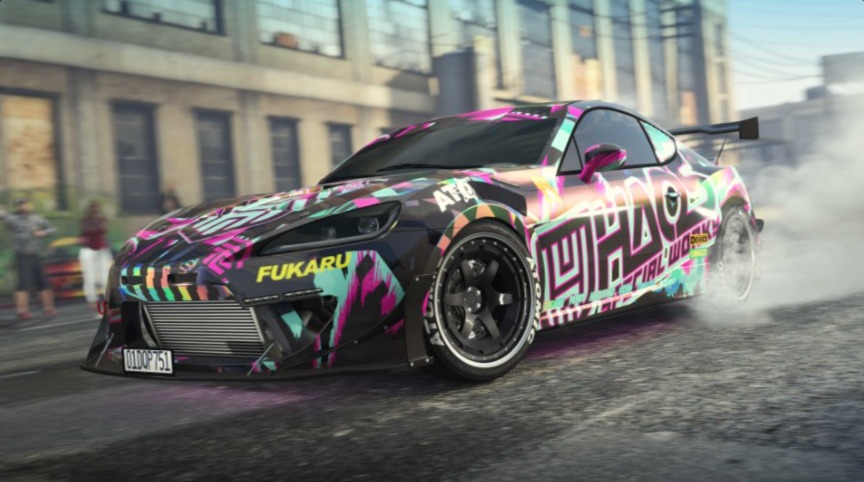 GTA Online is also introducing a bunch of new vehicles that you can drive in a newly added mode for free. The latest addition to the Los Santos Car Meet is Hao’s Special Works which revolves around tuning vehicles, limited-time trials of premium cars, and much more.

There is also a newly designed intro and tutorial for new players. You can also switch between different modes from the new main menu.

The new GTA Online will also offer the ability to migrate your GTA Online character with complete stats and figures from previous generations. The new migration tool supports cross-gen as well as cross-platform transfers. However, the purchased GTA$ can only be transferred to the same console family while earned GTA$ can be transferred regardless of that.

For GTA Online platform migrations, purchased GTA$ can only be transferred between platforms of the same family (PS4 -> PS5, Xbox One -> Xbox Series). All earned GTA$ will transfer regardless of platform.

In the latest blog post, Rockstar Games has revealed a lot of new details about the upcoming GTA 5 on PS5 and Xbox Series X/S, and also confirmed the release date for March 15. However, one thing which Rockstar didn’t tell us was the pricing.

There is still no mention of what the price for the GTA 5 on PS5 or Xbox Series X/S will be, and if it will be free to upgrade for PS4 or Xbox One players. So, we’ll have to assume that it won’t offer free upgrades and the price will be around the $59.99 range initially.

All I'm saying is, when Rockstar releases GTA 5 again for the Xbox Series X and PS5, if they do it at the full price of 60 my respect for them will greatly decline pic.twitter.com/FdHpBufEaC

The mist around the pricing will be cleared when the GTA V pre-orders will start on March 8, 2022. Players can buy the digital version via the PlayStation Store and the Microsoft Store.

Is GTA Online free for PS5 and Xbox Series X/S?

Rockstar Games has confirmed that GTA Online will be free for PlayStation 5 users starting March 15, 2022, for a period of three months. The users must have the PS Plus subscription to enjoy free access as they won’t be able to play the game without it.

All PlayStation 5 players will be able to claim GTA Online for FREE starting on March 15. You must have an active PlayStation Plus subscription to redeem the offer.

You'll be able to keep it FOREVER

This doesn’t mean that PS5 users will also get free access to GTA V as the upcoming GTA Online is a standalone title. Previously, GTA Online was available as a mode in the base game.

Xbox Series X/S players may still need to purchase the game either separately or as an add-on with the PS5. However, Rockstar hasn’t confirmed that yet. We will share an update as soon as we find it.

Are you excited to try out the classic GTA V on the latest consoles? Let us know your opinions using the comment box.