Gran Turismo 7 is just around the corner with the release date set for later this week, check out the launch time, pre-load time, price, pre-order bonuses, gameplay, and trailer here. 2022 has already been a brilliant year for gamers, and GT7 is going to be the next diamond in the crown. 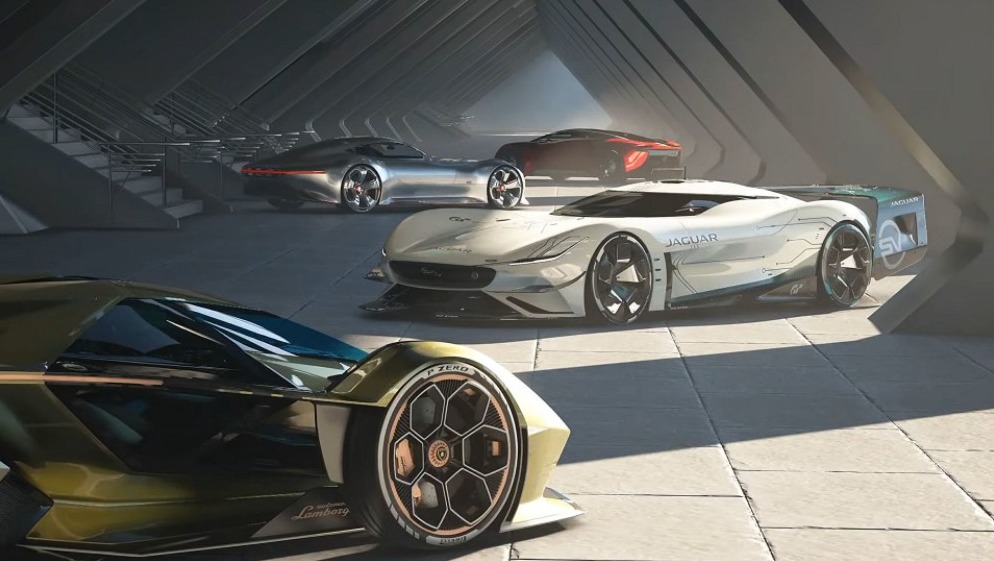 Gran Turismo 7 is the eighth title in Polyphony Digital’s widely popular racing sim series. The last game was Gran Turismo Sport, released in 2017. Running since 1997, the series has had some of the most iconic PlayStation exclusive racing games of all time.

Gran Turismo 7 will be no different. It will allow the players to live the life of a self-made professional racer passing through beachy Holllywoodesque streets, forests, and other visually stunning landscapes.

The story doesn’t end here. There will be multiple game modes and each of them will give players access to a vast range of motors. The currently available footage has made the fans all hyped up about the upcoming title.

When Polyphony Digital announced Gran Turismo 7, it was scheduled to have a release date sometime in 2021. However, the global pandemic played a role in its postponement. Now finally, we know when GT7 is launching.

Gran Turismo 7’s confirmed release date is March 4, 2022. So, players will be able to get their hands on the game starting this Friday. Gran Turismo 7 will launch at midnight according to the local timezone.

Pre-loading for Gran Turismo 7 is live right now. You can pre-download the game to be among the first crop of players revving up their cars at Friday midnight.

You can visit the official GT7 PlayStation Store page to buy the Standard or Digital Deluxe Edition of the game. After that, you can go to the Game Library on your PS4 or PS5 and start downloading the game.

You will have to free up at least 110 GB of hard drive space to download GT7 on your PlayStation, as recommended by Sony officially. On PS5, the download size of Gran Turismo 7 is 96.8 GB while on PS4, it is a whopping 101.9 GB. These file sizes are without the day-one patch.

What platforms will Gran Turismo 7 be available on?

Gran Turismo 7 is a PlayStation exclusive title. Hence it will exclusively release on the PS5 and PS4. 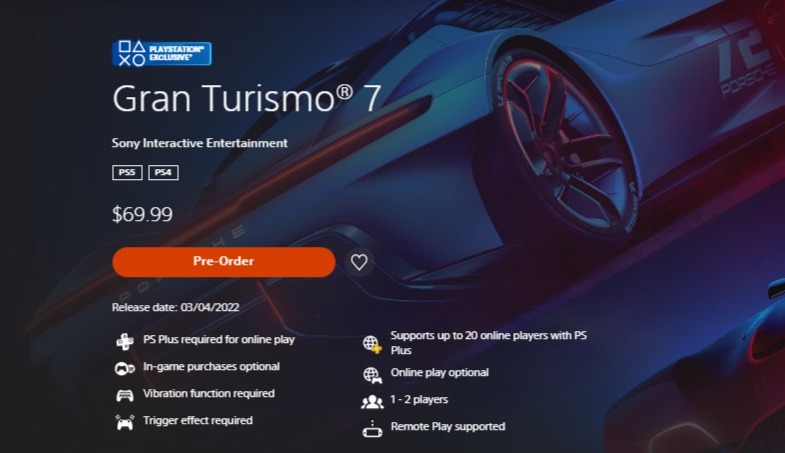 For Amazon U.S. users, there are no discounts available. The pre-order price on Amazon is the same as the PS Store.

Gran Turismo 7 also has a Digital Deluxe Edition celebrating the 25th anniversary of the series. This special edition costs $89.99 and comes with the following perks along with the game:

If you pre-order Gran Turismo 7 from any platform, you can unlock the following bonuses for pre-ordering the game: 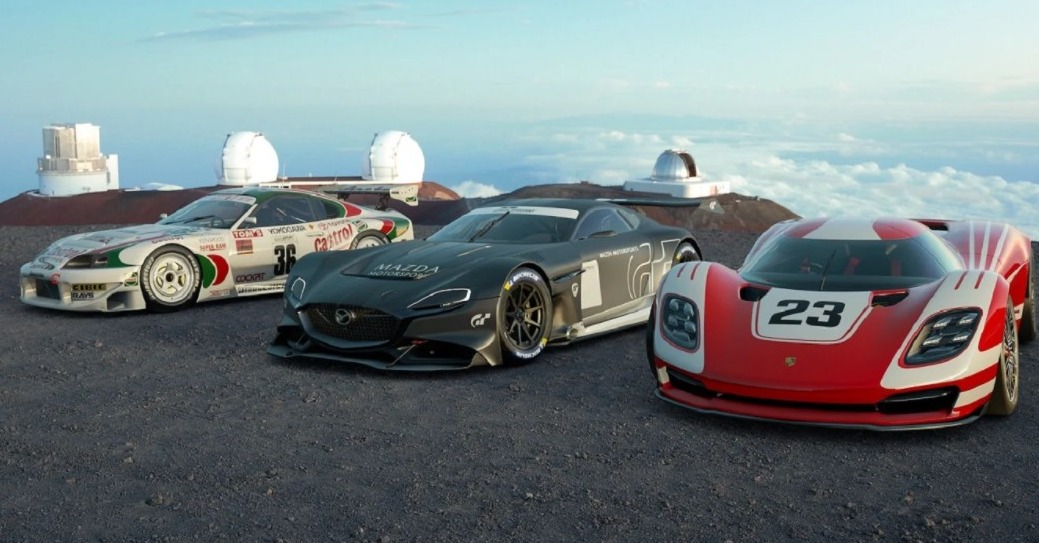 That’s a very good deal, in my opinion, if you are truly passionate about the game.

Gran Turismo 7 is developed by Polyphony Digital and published by Sony Interactive Entertainment. Sony has released a number of trailers after presenting the game at the PlayStation 5 Showcase alongside other much-anticipated titles.

The first trailer revealed what the upcoming Gran Turismo game will look like but didn’t unveil too many details. But, then the next set of trailers, teasers, and behind the scene videos kept showing important glimpses.

Recently, 30 minutes footage of Gran Turismo 7 running on PS5 was also unveiled in Sony’s latest State of Play. This footage fixed all the missing pieces of the puzzle and we now have a brief idea of how the next GT game will be.

The core part will remain the same. Gran Turismo 7 will be a racing simulator game where the gameplay revolves around choosing cars, upgrading them, and racing in a variety of beautiful circuits with realistic views.

The player will also be given a home base where they can examine the cars and their specs in a garage to find out potential upgrades. They can shop for cars, their parts, and learning centers will be surrounding the home. 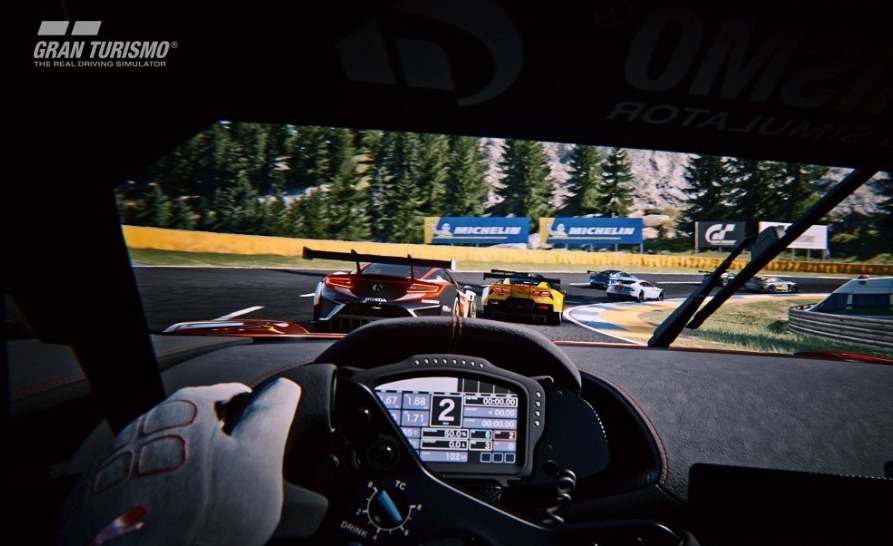 About the racing part of the gameplay, the control panel is similar to previous Gran Turismo games where the speed, acceleration, and current placement will be visible on the screen while racing. The first-person view simply seems surreal.

Go on and get your copies ASAP and live the racer life riding your dream car. Which Gran Turismo 7 car are you excited the most about? For me, it is the Porsche Vision GT which is exclusively designed for this game. Let me know about yours using the comment box.