Gran Turismo 7 is the next chapter in the staggering racing simulator series by Sony. Revealed alongside the PS5 in June, Gran Turismo was expected to be exclusive to Sony’s next-gen console but it is set to be the first-ever multi-console game of the series. 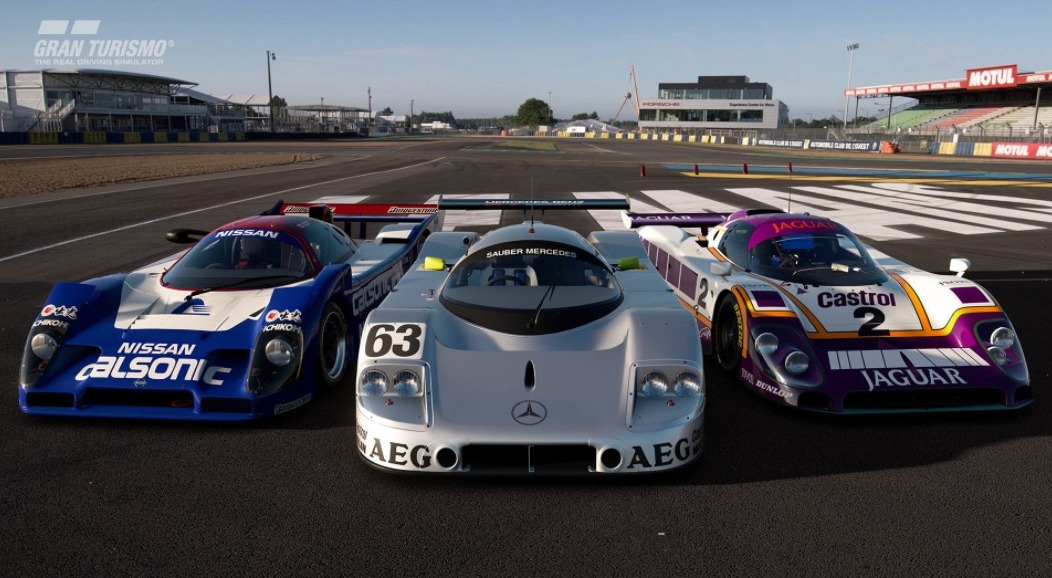 The latest Gran Turismo feels way more realistic than any of its predecessors. The stunning graphics are a result of PlayStation 5’s power and the introduction of real-time Ray Tracing tech.

Gran Turismo 7 also features multiple game modes. The players will be able to craft their skills in single-player races, and then they can challenge the best racers online in multiplayer matches.

Find out everything about this highly anticipated racing game coming on Sony’s console early next year.

Gran Turismo 7 was announced during Sony’s PlayStation Showcase 2021 and was scheduled to release in late 2021. However, the game missed this release window due to the Covid 19 pandemic delaying the development.

The new official release date for Gran Turismo 7 is March 4, 2022. It is already available to pre-order on the official PlayStation website. A Sony PR representative mentioned in an interview that “With the ongoing pandemic, it’s a dynamic and changing situation and some critical aspects of game production have been slowed over the past several months.” 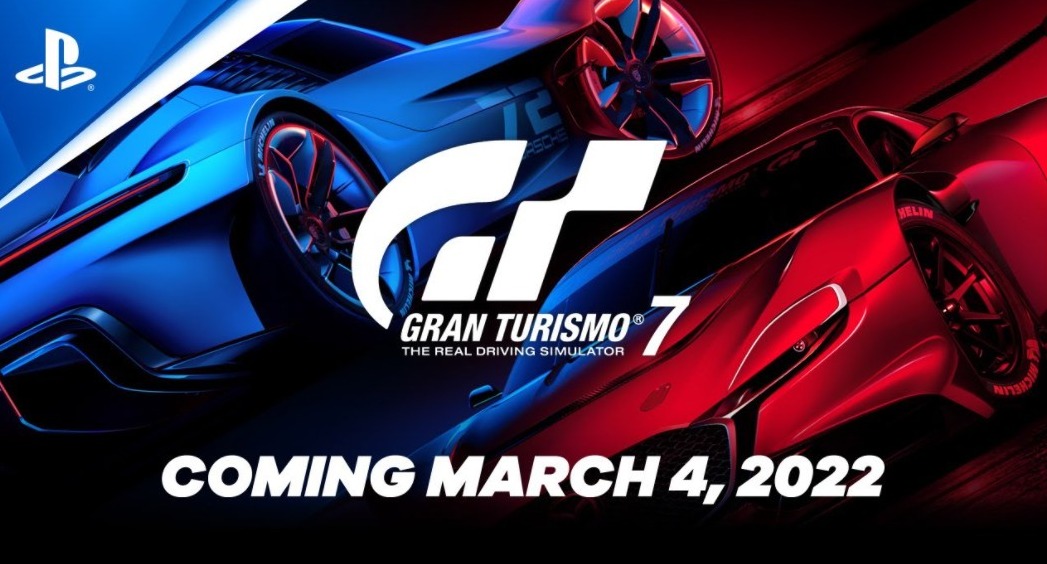 This suggests that there might be some delays if the Omicron variant triggers another terrifying situation. However, if things go fine, you’ll be able to play it in March next year.

Gran Turismo 7 will be available on PS4 & PS5

Earlier, it was believed that GT7 will only be available on PlayStation 5 but then we found multiple rumors suggesting that a PlayStation 4 release is also imminent. Then, Sony accidentally confirmed this with the PS4 to PS5 upgrade policy.

Now, PlayStation.com has the game listed for both consoles. Sony has also mentioned that PS4 players of Gran Turismo 7 will be able to upgrade to the PS5 edition of the game for only $10/£10. 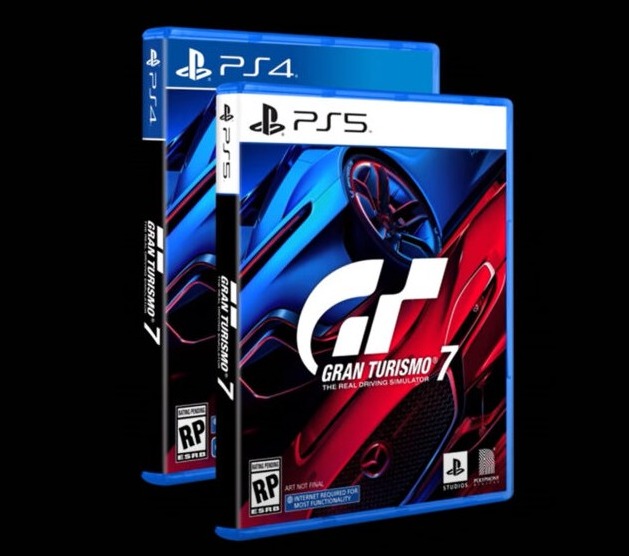 There is still no information available about a PC version of the game, and we expect it to be exclusive to Sony’s consoles. However, players will be able to try it out on their PC via special workarounds.

Gran Turismo 7 is developed by Polyphony Digital and published by Sony Interactive Entertainment. The PS5 Edition of GT7 costs $69.99 and the PS4 Edition only costs $59.99. Both the editions are available for pre-order now.

Gran Turismo 7 is available on Playstation.com to pre-order, and you will get exclusive bonuses when you pre-order any digital edition of the game. The bonuses include 100,000 CR (in-game credit), and a three-car pack. The three cars will be:

Gran Turismo 7 also has a special Digital Deluxe Edition to celebrate the 25th anniversary of the series. When you order this 25th Anniversary special edition, you will get a limited edition SteelBook case, 1,100,000 CR, Toyota GR Yaris with country-specific livery, 30 Manufacturer or Partner Avatars, the Music of Gran Turismo Official Soundtrack, and the regular pre-order bonuses.

All of this will be available for just $89.99, and it will be completely worth it if you are a true GT7 fan.

Gran Turismo 7 is a racing simulator game that focuses on immersion and features real car models to satisfy any vehicle enthusiast. The developer Polyphony Digital plans to stun the players with accurate recreated models to deliver a realistic simulation of roaring engines as they race through life-like tracks.

The GT series is perfect for anyone obsessed with cars, their parts, sound, designs, and customizations, and the ones who want to live the life of a professional car racer. The gameplay trailers of the upcoming game have revealed so many interesting details that are enough to make any fan excited. 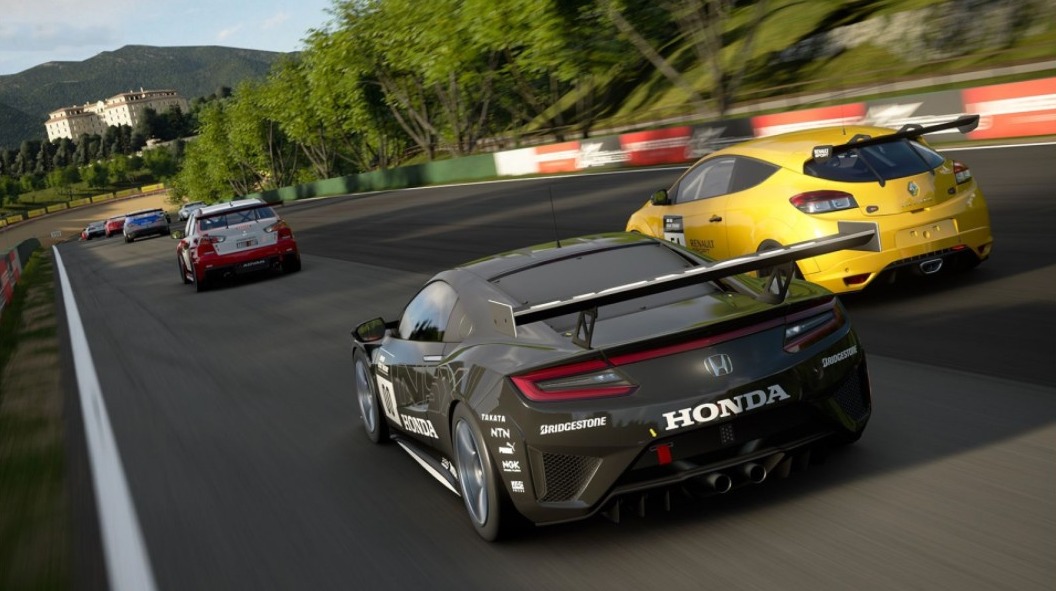 There will be brief decal customization, detailed photo mode, detailed reflections within the environment, return of the Deep Forest Circuit, real-time Ray Tracing, dynamic weather, and many more things.

Since the announcements, we have seen nine Gran Turismo 7 trailers that have revealed plenty of details about the upcoming car racing title. All the trailers and the information revealed with them is available below:

The first GT7 trailer was about its announcement which was a 3-minute video showing a fine glimpse of the upcoming racing simulator. The trailer also showed bits of the gameplay via a race on the Trial Mountain circuit. 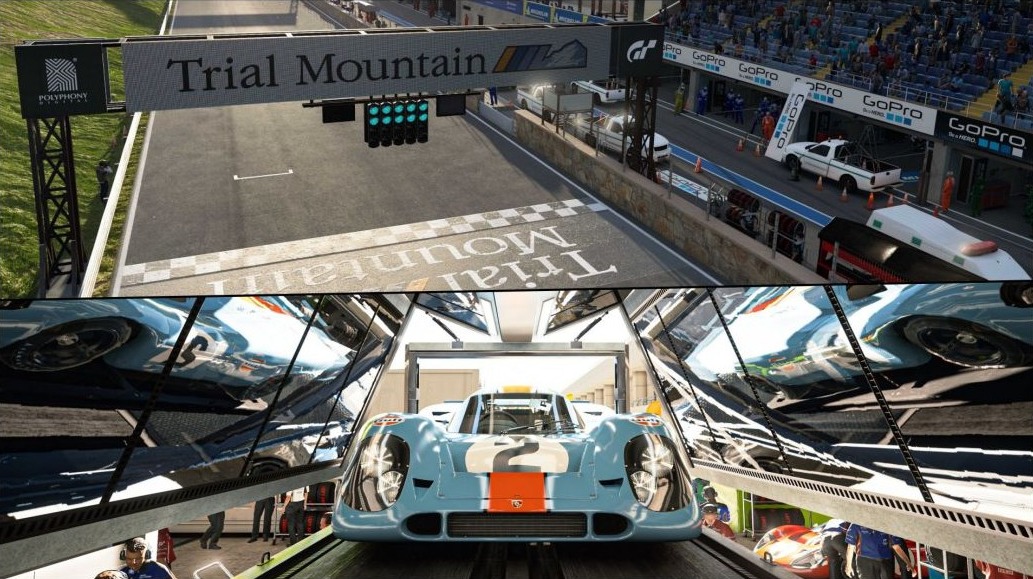 Next, Sony released another trailer during the PlayStation Showcase 2021 event for Gran Turismo 7 which gave us the official release date for the game.

The next teaser video for Gran Turismo 7 was an outstanding one. It gave us a peek at a wide collection of German manufacturers’ cars in the game including the Porsche 917 Living Legend concept car.

GT7 Collectors (Behind the Scenes)

The next GT7 trailer presented Polyphony Digital’s CEO Kazunori Yamauchi explaining what it means to be a car collector. He offered a lot of great insights about the upcoming title.

GT7 Livery (Behind the Scenes)

The next GT7 trailer features Kazunori Yamauchi again discussing the importance of liveries in the racing world. He also explains how they are able to turn a blank canvas into a medium of expression. 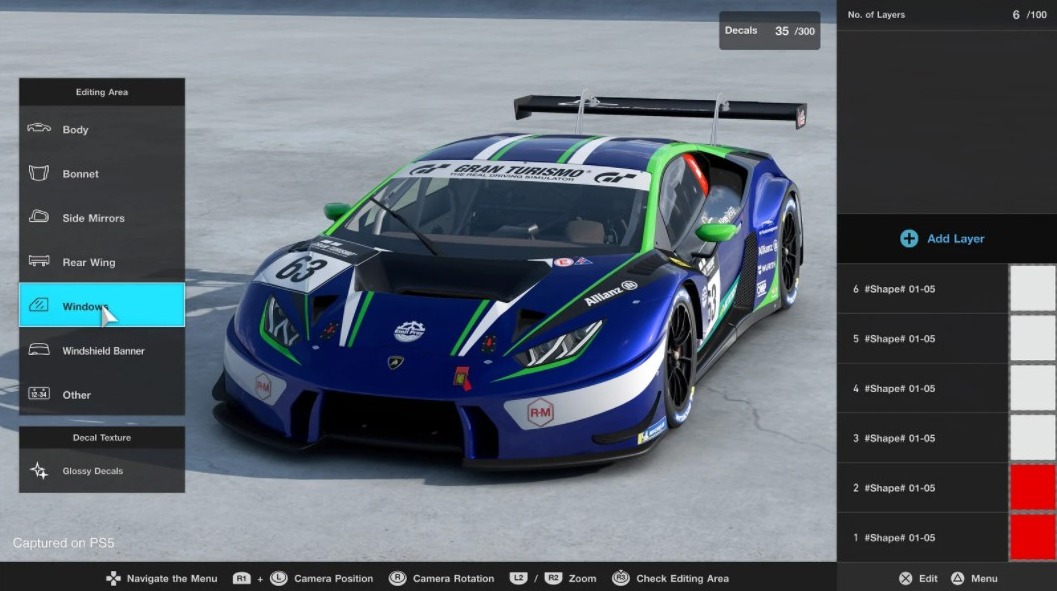 The trailer shows that their usability is improving in Gran Turismo 7. Thus, it’ll be easier to create more custom car designs in this game.

GT7 Tunes (Behind the Scenes)

In the next trailer, the CEO is back again explaining the thrill of tuning and customizing cars. The upcoming title will have the most number of parts for customizations in the history of its series.

GT7 Tracks (Behind the Scenes)

In the next trailer feature BTS, the CEO explains the tracks available in the game, and how much effort the studio has put to make them appear as real as they could. The video also shows very interesting insights about the lighting conditions and dynamic weather in GT7.

The next GT7 trailer unveils the Porsche Vision Gran Turismo which is a virtual car exclusively designed and developed by Porsche and Polyphony Digital for the game. 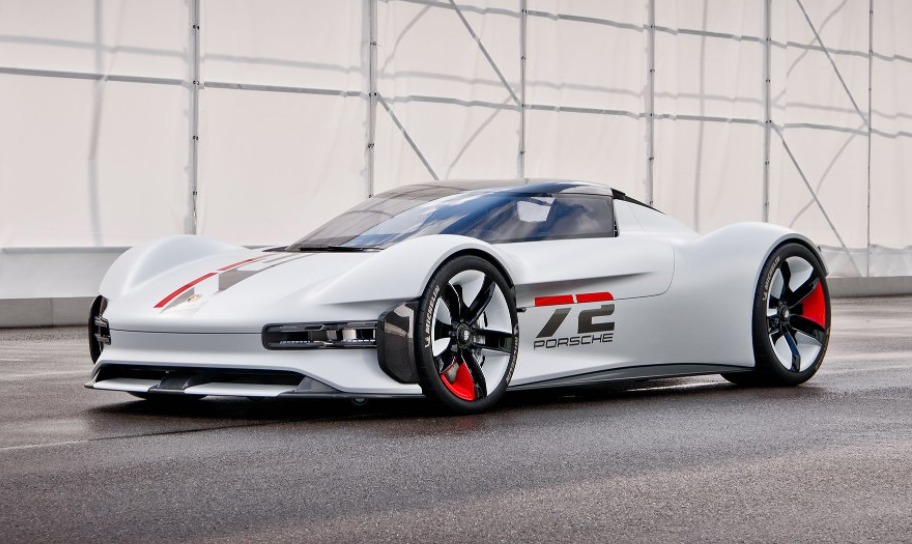 The Porsche Vision GT is the German manufacturer’s first concept vehicle designed entirely for the game. It features a 950kW electric powertrain which can send it from 0 to 100km/h in just 2.1 seconds.

The latest GT7 trailer shows the turn of the Deep Forest Raceway which is a classic circuit from the series that fans really love. The cockpit view of the circuit is enough to excite a true GT series fan. 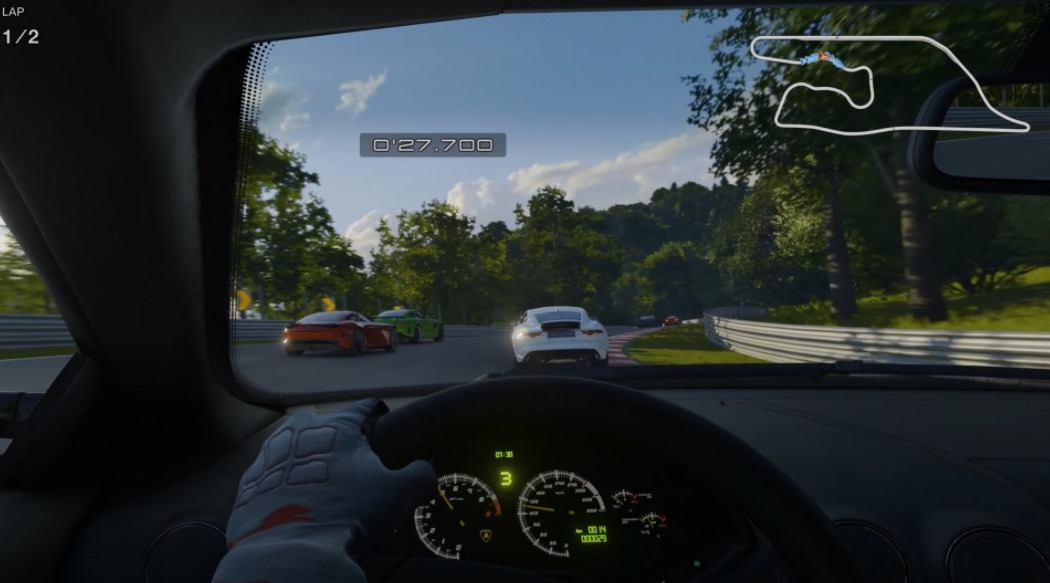 That’s all we know about Gran Turismo 7 so far. All of this is making us think that Sony should pre-pone the release date, and the game should arrive sooner. The community is buzzing and the game is looking worth the hype!