Dead by Daylight Codes for December 2021

Dead by Daylight gets way more interesting when you know the right promo codes to redeem for December. These codes can help you get a number of special perks including Bloodpoints, Charm, and even free cosmetics. 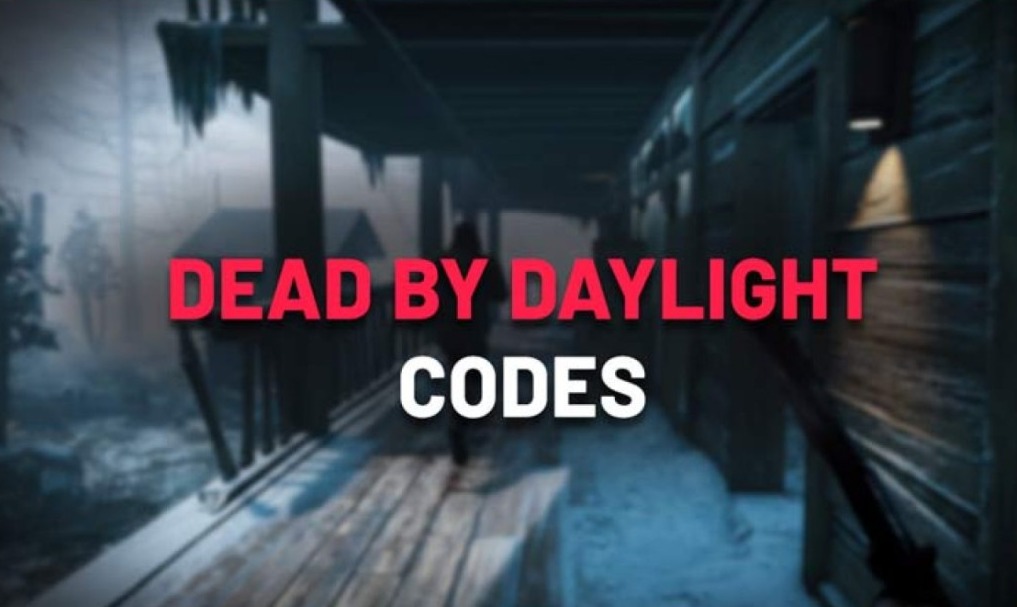 Dead by Daylight (DBD) is an intense 4v1 asymmetrical horror game that has seen some critical transitions since its launch. However, the base gameplay has remained the same where four survivors have to escape from a blood-thirsty killer to win.

Behavior, the developer of this multiplayer horror title regular offers codes via their social media channels to provide players an easy way to achieve more in the game. This December, the DBD players are already excited as the game is coming to Epic Games Store free.

Adding to the excitement, check out all the Dead by Daylight for December to get free rewards. I will also help you to redeem them if this is your first time finding these freebies. 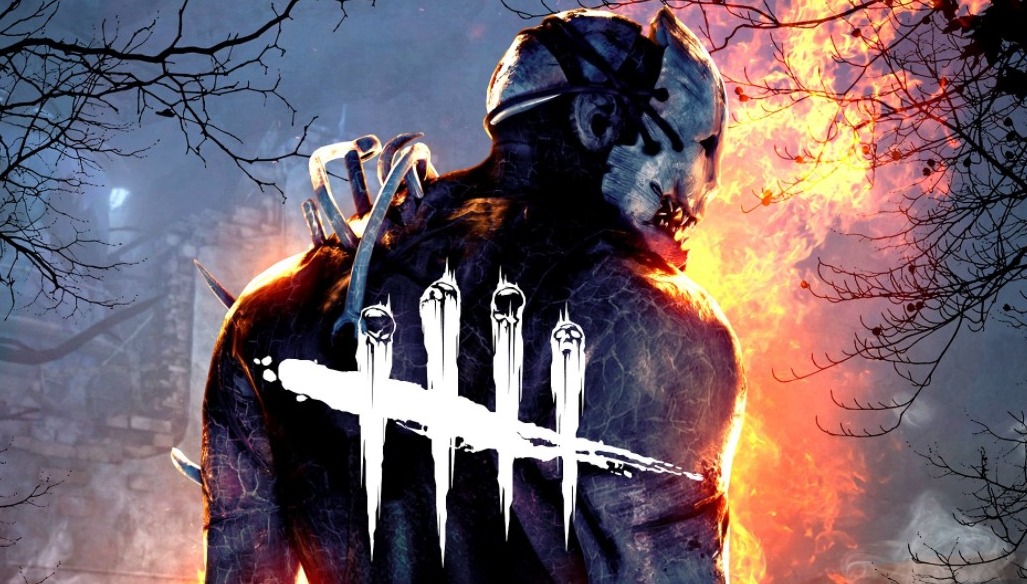 Dead by Daylight Codes for December 2021

These are the currently working and active promo codes for Dead by Daylight this December. Make sure you quickly redeem them. Or else, they might expire.

Promo codes in Dead by Daylight remain active for a specific period of time. After that, they expire. However, there are some codes like “PRIDE” that do not expire and stay active permanently. 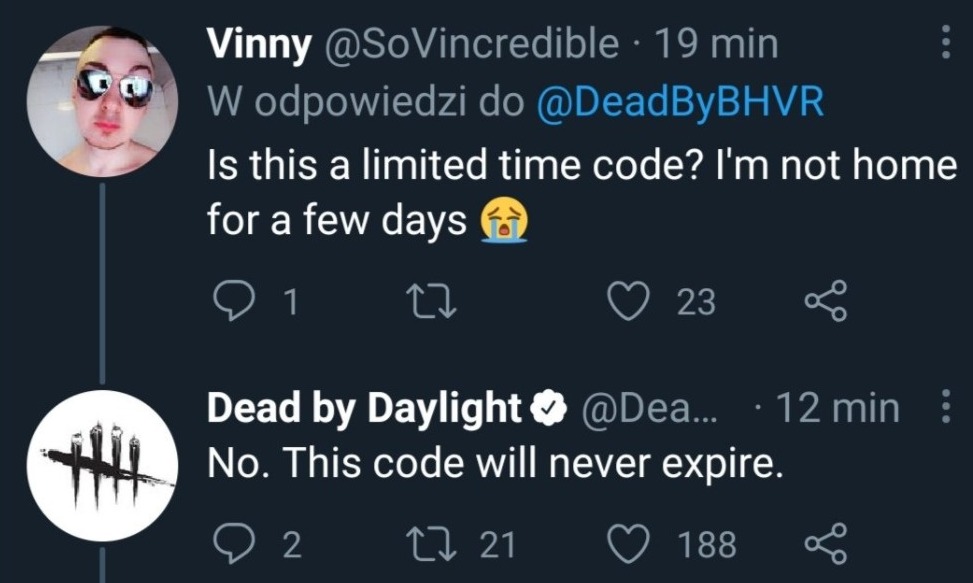 Here is a list of all the Dead by Daylight codes that have expired:

These codes have expired. You shouldn’t try redeeming them in DBD.

What do you get with Dead by Daylight codes?

Dead by Daylight codes can get very useful stuff for players for absolutely free. You can get a lot of free Bloodpoints with the codes. You can save them up to unlock certain perks or items quickly.

Promo codes can also provide other bonuses like Charms, cosmetics, etc, that you can equip to your Survivor or show on your Killer. This makes the game more interesting as everyone loves freebies.

How to Redeem Promo Codes in Dead by Daylight?

Redeeming codes in Dead by Daylight is extremely simple. Follow these steps to redeem any active code in DBD quickly:

That’s it. You will receive the reward if the code is valid and it’ll be added to your in-game inventory.

Dead by Daylight is set to join Prime Gaming in December. Amazon has confirmed its arrival and the date could be announced anytime soon. With the arrival of DBD on Prime Gaming, there will be a bunch of rewards exclusively for the subscribers.

For Dead by Daylight players, the rewards will be two rare outfits for the new killer “The Artist” on Amazon Prime Gaming this December. They’ll have to buy the “Portrait of a Murderer” Chapter 22 to use while playing as Carmina Mora. The skins could be available as soon as December 10, 2021.

Additionally, DBD Leaks, which is a reliable leaker, claims that players will also get 500 Auric Cells for joining Prime Gaming. However, that isn’t official yet.

This content will be available from November 30th through December 30th (more drops will be revealed officially soon).#DeadbyDaylight #dbdleaks #leaksdbd #dbd pic.twitter.com/twa4yr0Sju

Dead by Daylight Skins for December 2021

Dead by Daylight is also offering a collection of skins this December. There are costumes available as part of the “Everlasting Frost” Collection: 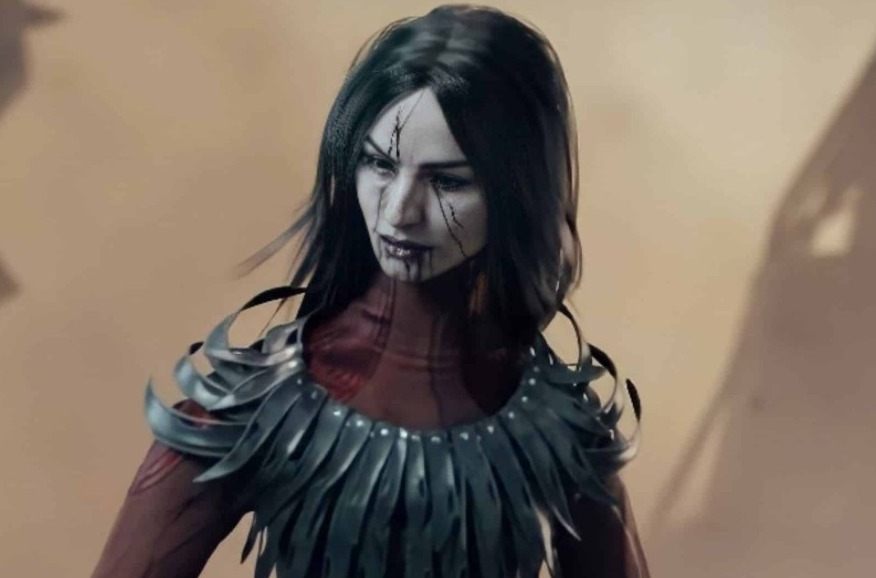 According to DBD Leaks, Mikaela, Yun-Jin Lee, Feng Min, and Felix Richter new costumes are also coming soon in December. They could arrive as soon as December 7, 2021.

With the Winter event in view, Dead by Daylight players are going to experience a very interesting month. Thye will also find a new chapter featuring a dreadful Chilean painter, and an FBI agent.

If you haven’t played Dead by Daylight, or have quit playing for some reason, December is the right month to spend with it.