After over a year of invite-only beta early access, Amazon Luna launches in the USA and will be available to everyone going forward. The tech-plus-retail giant’s cloud-based game streaming service was initially revealed in September 2020 and was only available to a limited number through Luna’s invite-only early access program. 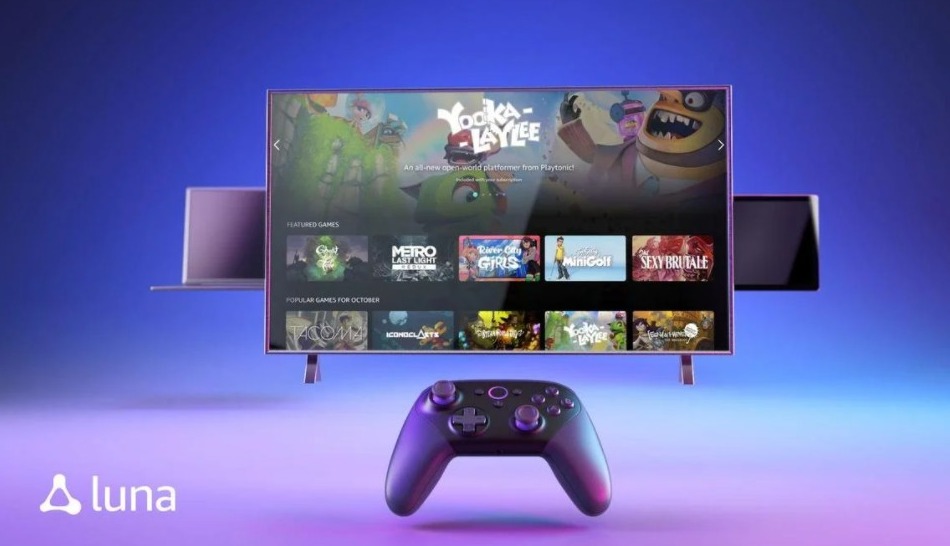 This Tuesday, Amazon has announced that Luna will be available to everyone in the United States via a press release. The cloud gaming service will allow subscribers to enjoy multiple titles on different platforms including Windows PC, Fire TV, Android, iOS, and more.

Additionally, Amazon has also announced three new channels on Luna. For the unaware, channels are what Amazon calls bundles of games that customers can subscribe to on a monthly basis. You can think of them like the Xbox Game Pass by Microsoft, but Luna doesn’t offer an option to buy the games for permanent ownership.

Prime Gaming Channel is the first of the three channels. It will offer Prime members access to a rotating selection of games for free on Luna every month. For March, Devil May Cry 5, Observer, System Redux, PHOGS!, and Flashback will be available. In addition, Immortals Fenyx Rising will also be available free for a shorter duration (March 8 to March 14).

If all of this has made you curious about Amazon’s latest proceeding into the futuristic cloud gaming industry, we’ve gathered every bit of information you need to know about it here.

What exactly is Amazon Luna?

Amazon Luna is a subscription-based cloud gaming platform powered by Amazon Web Services and has an active integration with Twitch. After years of rumors, it was initially introduced in September 2020 for a limited set of users and is now available for everyone.

This cloud gaming service allows subscribers to stream games instantly to a number of devices. There is no requirement for downloads, uploads, or even local storage. You only need a compatible device, Amazon Luna app, and a high-speed Internet connection. 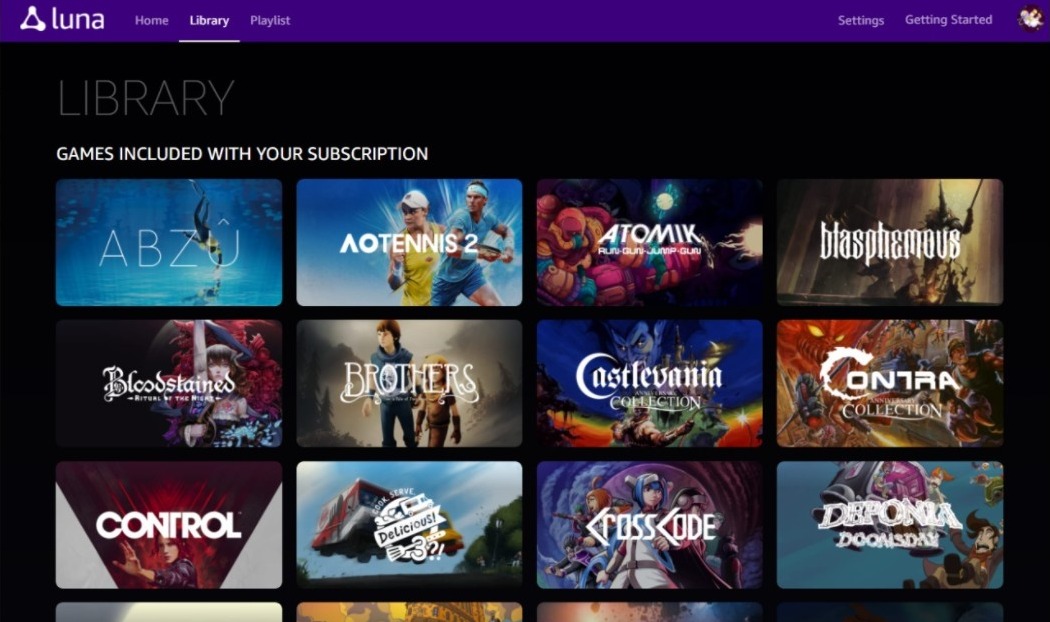 It offers a collection of games for a monthly subscription fee under different channels. And, each channel is a bundle of games coming from homogenous sources. You can unlock more channels to access more content from specific publishers.

Amazon has also launched a dedicated controller for Luna, just like the Google Stadia controller but Amazon’s controller comes with built-in WiFi for reduced input latency. We’ll take a brief look at it later.

What does Amazon Luna offer?

Amazon Luna is a cloud gaming service or platform that allows you to access and play games based on their monthly subscription to specific channels, which come with their own selection of games. So, you can play different games every month according to your preferences.

It also offers Prime Gaming Channel which provides a rotating bundle of games free to Prime subscribers. Whereas, other channels are pay-to-access. 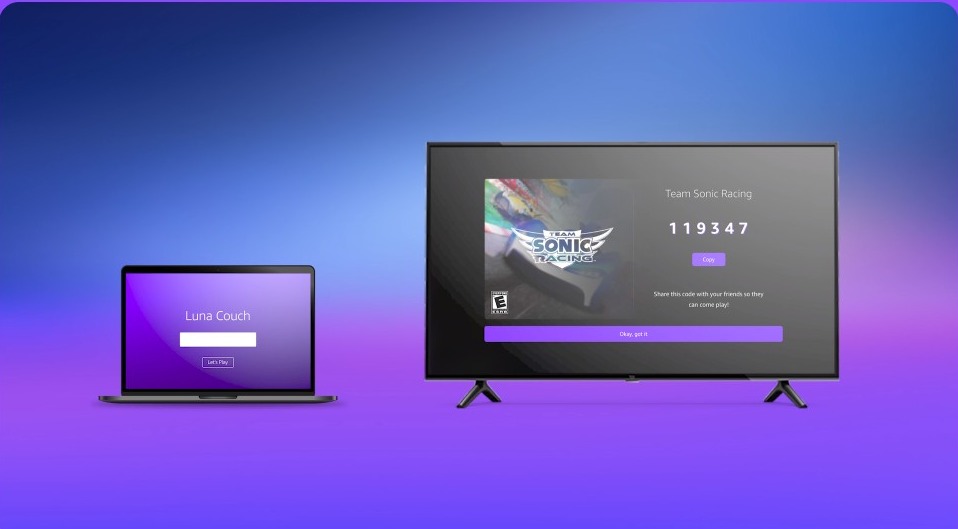 Additionally, Luna provides a multiplayer cooperative experience with Luna Couch where the paying subscriber hosts the game while other players regardless of their subscription can join the game and play together. The other players do not necessarily need a Luna subscription.

Another notable feature is the one-click live streaming of games. Amazon has rolled out an update to Luna’s client on PC and Mac that enables direct broadcast of Luna gameplay to Twitch. The new broadcast button allows players to stream gameplay live with a camera feed overlaid on-screen. 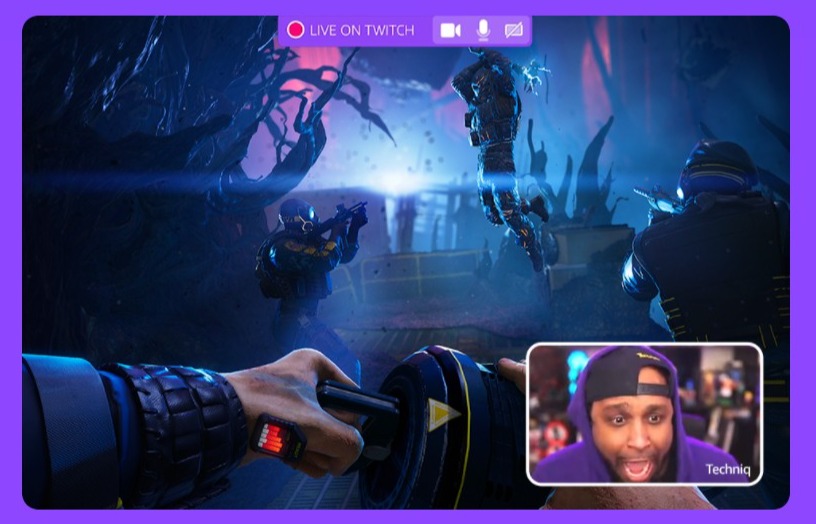 Fire TV players can use a QR code to connect their phone as a webcam and mic. Also, subscribers can turn their Android phone or iPhone into a controller via the Luna Controller app. Amazon says “an on-screen controller is an option for new or casual gamers without a controller who wants to check out side-scrollers, turn-based RPGs, trivia titles, and more.”

What Devices does Amazon Luna support?

Amazon Luna is now available on Windows PCs, Chromebooks, Macs, iPhones, iPads, Android phones, Fire TV, and Fire tablets. All of Luna’s library of games, features, and gaming channels will be available on these devices. 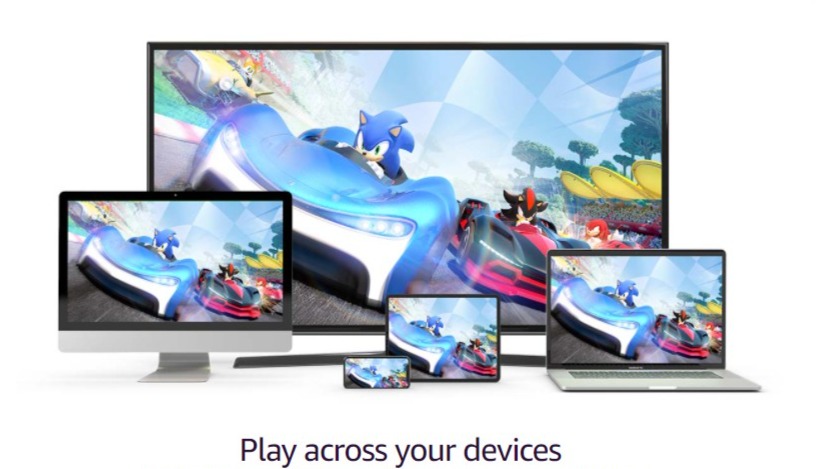 What are the Requirements to use Amazon Luna?

You do not need any specific hardware to play games via Amazon Luna. You only need to have a subscription, a compatible device, its app, and an Internet connection with good speed.

According to Amazon, Luna can play games up to 1080p/60Ffps. The quality will mainly depend on your device, internet connection, and the game you are trying to stream.

amazon luna is giving me devil may cry 5 for free

Amazon recommends a consistent 10 Mbps as the minimum speed to stream at 1080p. It also recommends using the 5GHz WiFi band, if your router has both 2.4GHz and 5GHz bands.

How much does Amazon Luna cost?

They need to sign up for the service before March 31, 2022, to get the discounted pricing. From April 1, 2022, new subscribers will have to pay the regular price for the Amazon Luna subscription.

It looks like Amazon Luna is about to exit early access, and as a result, the Luna+ subscription price will increase for new customers to $10/month, matching Stadia Pro and regular Xbox Game Pass. pic.twitter.com/YDr7b5pTiR

Amazon Luna also has The Retro and Jackbox Games channels that cost $4.99 per month, and the Ubisoft Plus channel which is available for $17.99 per month. The price for the Ubisoft channel is the same as what Google Stadia subscribers pay.

The good thing about Amazon Luna’s price is that you do not need to pay for everything. The pricing is divided into segments via channels. So, you can select what games you want to play and only have to pay for them.

Is Amazon Luna free with Prime?

However, if you want to unlock the full library of Luna, then you’ll have to pay an additional subscription fee depending on the channels you have chosen.

Still, Amazon Luna is not absolutely free as Prime has a monthly subscription fee of $14.99 or an annual fee of $139, which has been hiked recently.

During the invite-only beta, Amazon Luna had three channels- Luna Plus, Family Channel, and Ubisoft Plus. Now, the full release has added three new channels that include Prime Gaming Channel, Retro Channel, and Jackbox Games Channel.

The Luna+ Channel has a growing library that includes over 100 titles while the Family Channel provides a well-curated collection of around 35 games that are suitable for players of all age groups. Whereas, Ubisoft Plus offers select titles from the publisher.

The second new channel is the Retro Channel which features classic games from renowned publishers like Capcom, SNK, etc. This channel is meant to give users a way to “re-live the glory days of arcade gaming,” says Amazon.

Players can enjoy classic titles like Street Fight II, Hyper Fighting, Metal Slug 3, and more with it. The third new channel is the Jackbox Games Channel. It features all eight Party Packs from Jackbox Games. Players can enjoy popular titles such as Quiplash, Drawful, Trivia Murder Party, etc with it.

How to Get and Set up Amazon Luna?

You can play games on Luna using any compatible device or a supported web browser. You’ll have to install the Luna app to play on your device. Make sure you are connected to a high-speed internet connection and have a Prime or Luna Plus subscription.

Firstly, you have to log in to the Amazon account on which you have access to the Luna subscription. Next, visit this link and select your device. Afterward, install the Luna app or click on Play Now if you are using a web browser.

If you are playing with the Luna app, complete the installation and keep following the on-screen instructions. Finally, select a game from the library and start playing.

Amazon Luna Controller: Is it worth it?

Amazon has also launched a dedicated Luna Controller, which is very similar to Google’s Stadia Controller. The Luna Controller connects players directly to Amazon’s custom game servers and has a built-in WiFi system. This helps it to reduce any latency from 30 to 17 milliseconds.

You can still use it with Bluetooth on Windows, Mac, and Fire TV devices, but the latency will be on the higher side. The controller also features a comfortable texture grip, low friction thumbstick, and wireless gameplay.

The regular price of the Luna Controller is $69.99, but Amazon is currently offering it for only $49.99 on its website for a limited period of time. If you believe that cloud gaming is indeed the future of gaming, the dedicated controller is worth 50 bucks.

What other controllers does Amazon Luna support?

Apart from the dedicated Luna Controller, Amazon Luna is wholly compatible with DualShock 4 Controller, Xbox One Controller, and Razer Kishi Mobile Game Controller. It is also available to mouse and keyboard for traditional PC gamers.

Additionally, Amazon is allowing to turn an iPhone or Android phone into a controller for players playing on Fire TV.

That’s all you need to know about the newly launched Amazon Luna cloud gaming platform. What are your opinions about it? Do you think it’ll lead the cloud gaming revolution? Let us know using the comment box.