American fast-food sandwich restaurant chain Arby’s is up with the heat by launching its Diablo Dare sandwiches! 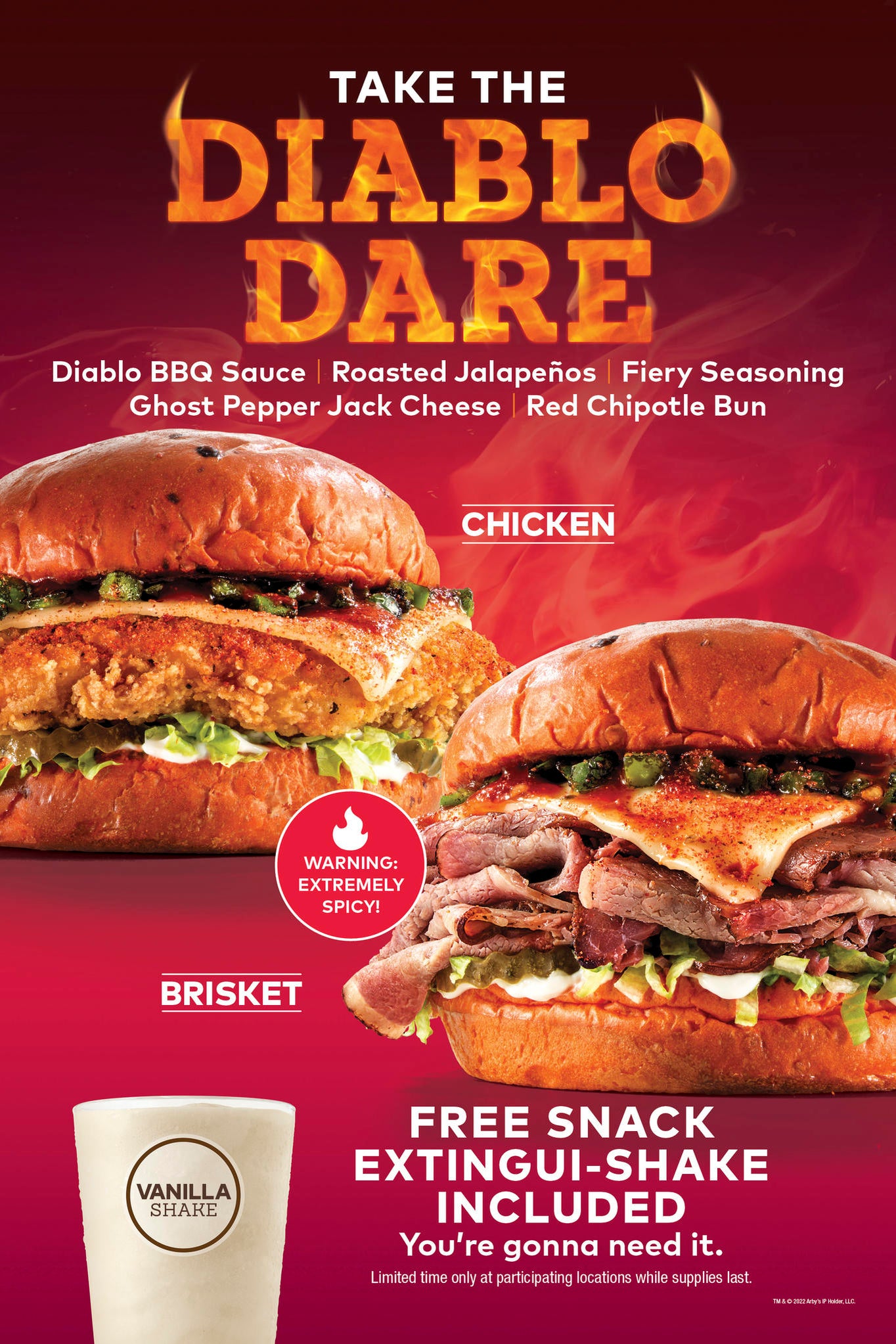 The interesting thing about this sandwich from Arby’s is that it is so spicy that you will be offered a complimentary vanilla “Extingui-Shake” to beat the heat!

Sounds cool or maybe I should say hot! 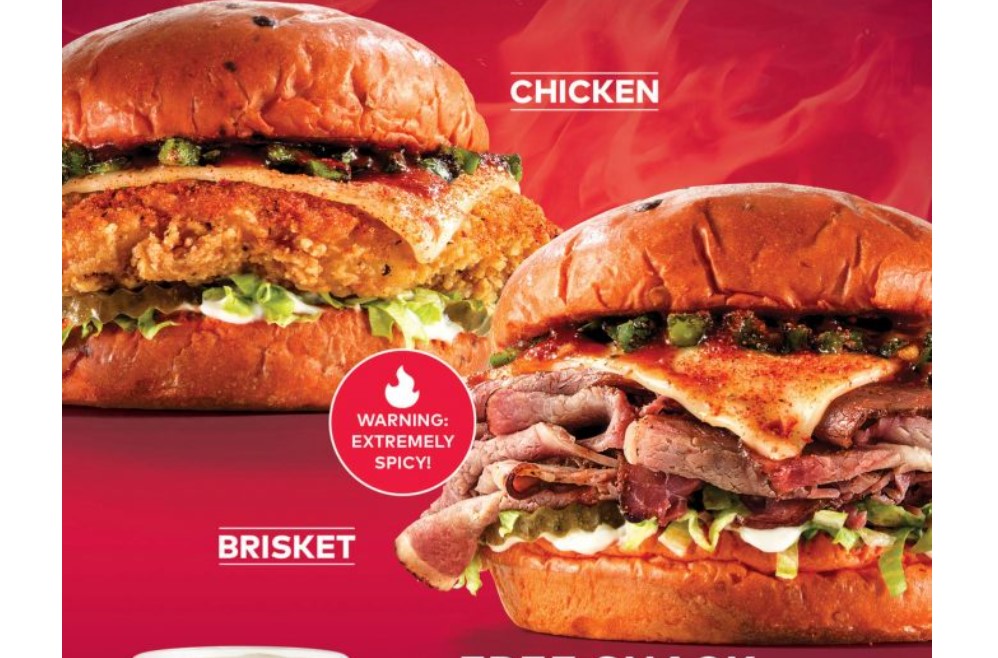 Going by the official press release, these spicy sandwiches will be sold only for a limited time which has already been made available from Monday.

Foodies who love spicy food can enjoy this spiciest sandwich from Arby’s for a limited period starting from January 10 – February 6 in most locations of the United States.

You can opt between 2 options for the meat – one with a 13-hour smoked brisket and the other with crispy chicken. 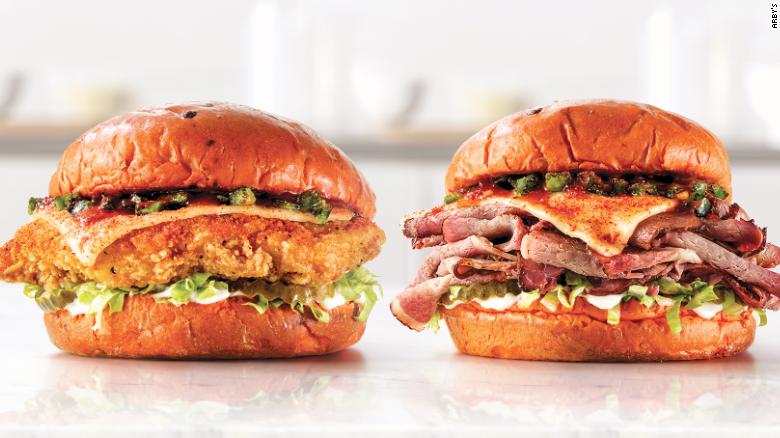 The Arby’s Diablo Dare sandwich is priced at $5.99 which also includes a free vanilla shake to beat the heat of the spices.

Those who wanna be part of this challenge need to show how much of the Diablo Dare they can eat before they make it to their vanilla shake.

There is a dedicated hashtag for this challenge – #ArbysDiabloDare.

Arby’s Chief Marketing Officer Patrick Schwing in his statement said, “We Diablo Dare you to try this new sandwich.” 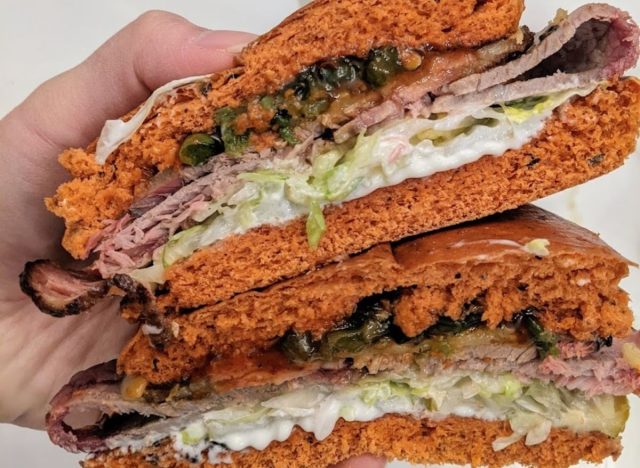 He also shared that they have gone with research which revealed that there is a lack of spiciness in the food products preferred by the fast-food consumers.

“This is not a sandwich for the faint of heart. Everyone in [quick service restaurants] says they have a spicy option, but our research tells us that consumers are disappointed by fast food claims of spicy,” Schwing further said.

Schwing added, “We took that as a challenge by making sure all different types of spicy – the hot, the numbing, and the lingering are combined to make the Diablo Dare a true test of how much heat you can handle. Arby’s is setting a new standard of spice –when we say it, we mean it.”

Foodies have also been taking to social media and sharing their experiences with the spiciest sandwich from Arby’s.

Time to see if the Arby's #diablodare is as spicy as they say. pic.twitter.com/3MYZOkLtgK

For the first time ever, I believe I beat #TyTries to some culinary craziness: The Diablo Dare from Arby's. pic.twitter.com/GCuSeFecl9

Going to give the @Arbys Diablo Dare Chicken sandwich a whirl for lunch today. 🥵🔥 pic.twitter.com/HI7QNYsZRv

So, are you thrilled to give your taste buds the flavor of Arby’s spicy Diablo Dare sandwich? Share your experience with one!