The 58th Olympia took place in Las Vegas, Nevada from December 15th to 18th. Competitors from all around come to participate in over 11 divisions. They all compete for the Olympia title and the results are out! Hadi Choopan is the new Mr. Olympia! 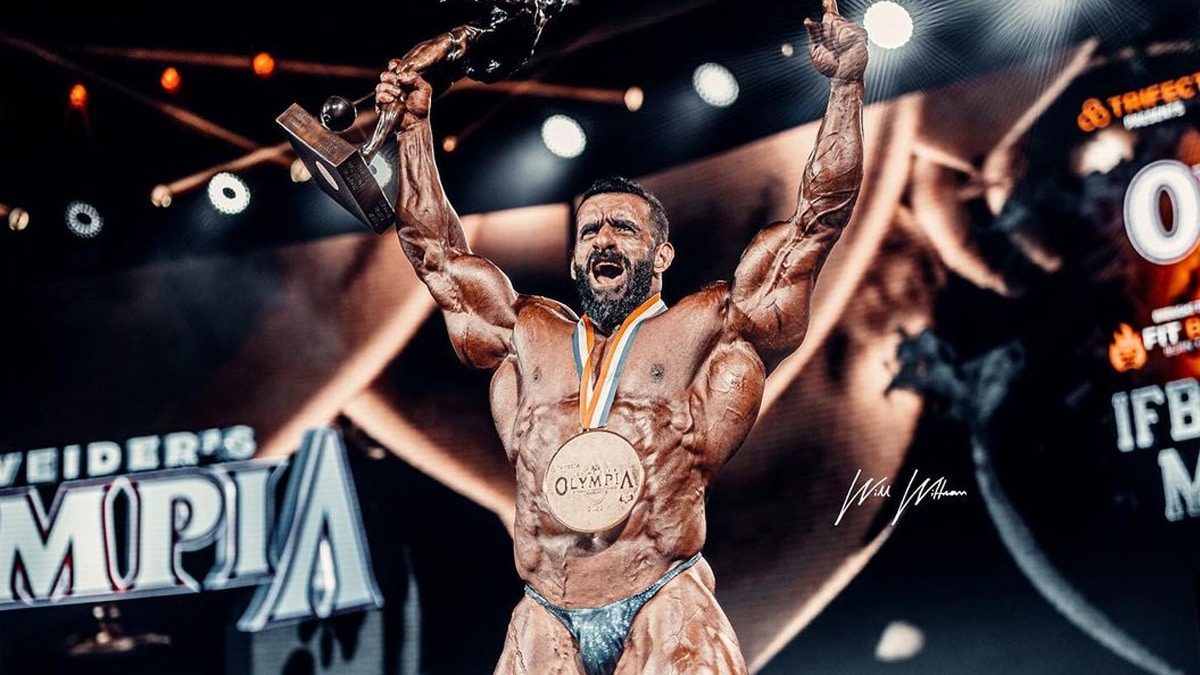 Mentioned below are the winners for the particular divisions.

Choopan successfully beat Mamdouh ‘Big Ramy’ Elssbiay to win the Mr. Olympia title for the first time. The audience did not expect Big Ramy to be sidelined on stage for pre-judging. However, in the finale, Nick Walker and Derek Lunsford gave him all that he could handle.

Choopan and Lunsford were clearly fighting for the top spot as Nick Walker tried to catch up with them. Unfortunately, Elssbiay was unable to defend his title and landed in the 5th place. While Elssbiay took him $35,000, Hadi bagged an impressive $400,000.

Here’s the complete list of all the other winners of this year’s competition.

Olympia is one of the most reputed bodybuilding competitions in the world. It is considered to be the pinnacle of competitive bodybuilding. Every person that aspires to have a great physique also dreams of taking part in the competition.

The show moved to Florida in 2021 and 2021 due to the pandemic. But it is back home in Las Vegas where it belongs.

Although there are many events and divisions that take place over the three days, Mr. Olympia is considered to be the main event. This year, Mamdouh ‘Big Ramy’ Elssbiay attempted to be a third-time winner, however, he could not be successful. 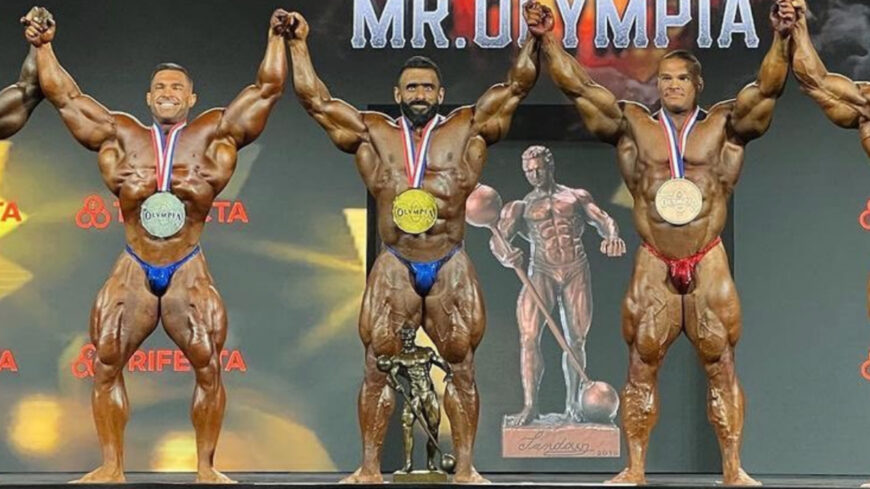 This year’s Olympia included the greats like Nick Walker, Brandon Curry, and Hadi Choopan, it will go down in history and will be talked about for years to come.

Here is the list of the 11 divisions in Olympia that took place.

The Classic Physique Division has also become a fan favorite over the years. It is one of the biggest attractions for budding bodybuilding fans as they watch contestants push their bodies to their limits.

This year, reigning 3-time Classic Physique Olympia champion Chris Bumstead came with all guns blazing and tried to win the title for the 4th consecutive year. But newbies like Urs Kalecinski and Ramon Rocha Querioz gave him a tough battle.

However, his years of experience came in handy and Chris Bumstead won the title for the fourth consecutive year! This win meant so much more to him as he fought a nasty COVID infection and many injuries as well.

This year’s Olympia was one of the most exciting ones yet. Some divisions saw reigning champions defend their title while newbies won the top spot in other divisions.

Khadija
A spirited writer who looks at the world with an inquisitive mind. Passionate about many things, she is an active campaigner for equality and mental well-being. She wants to change the world, one blog at a time.
RELATED ARTICLES
Fitness