Bathsheba Sherman, who was featured as a baby-killing demon in “The Conjuring” isn’t a fictional character. Well, fictional, or not, her story does send chills down the spine. Many accounts suggest that Bathsheba was a Satan-worshipping witch and was related to Mary Eastey, a woman who was hanged in the “Salem Witch Trials”. 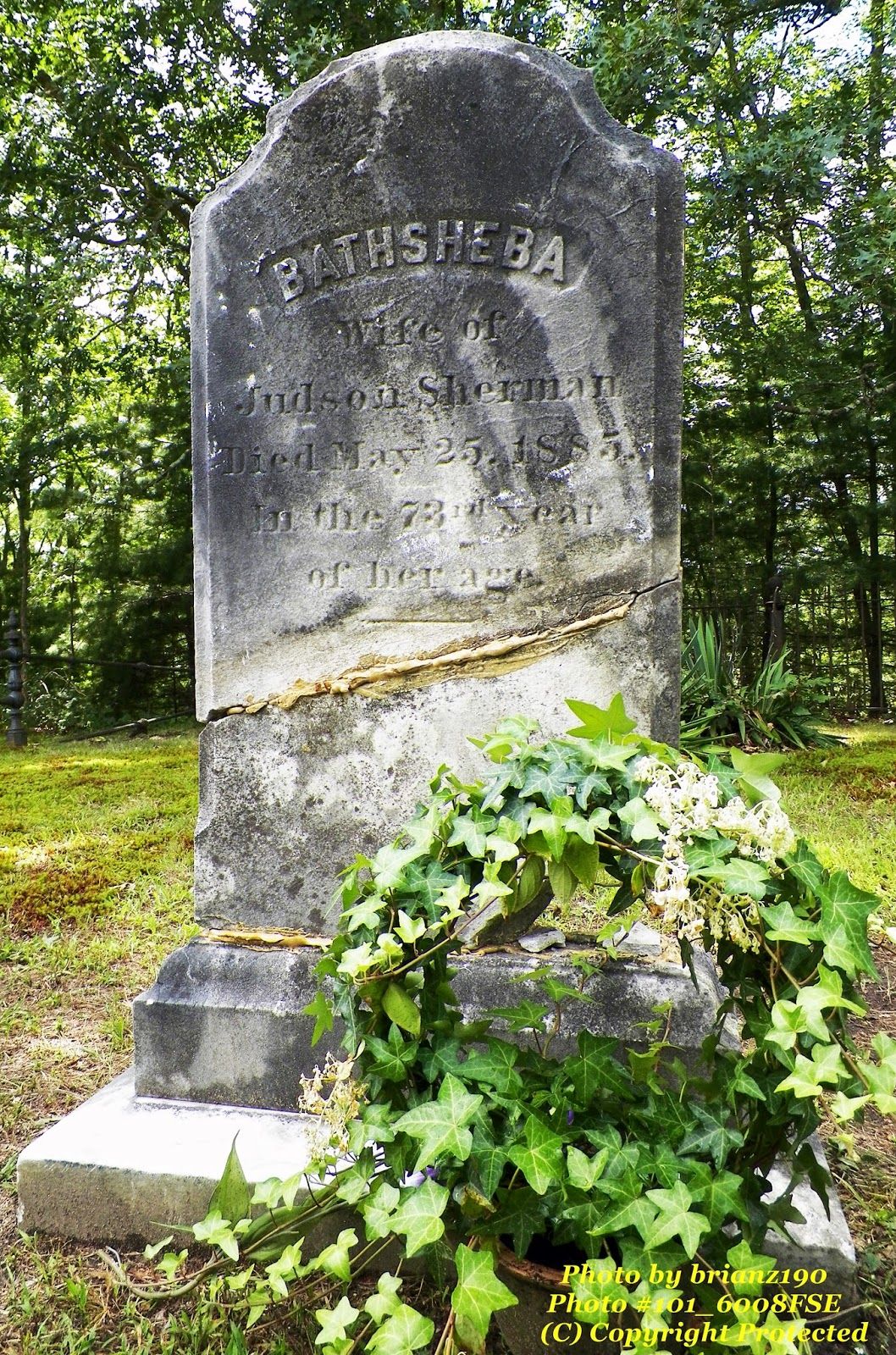 However, other accounts suggest that she murdered children in 19th-century Connecticut. Some researchers suggest that a tale was cooked just to sell a story, and as a result, an innocent woman couldn’t have peace in her grave. Over the years, Bathsheba’s grave has been vandalised several times as a result of “The Conjuring” and claims made by Andrea Perron. Read on to learn more about this woman.

Who Was Bathsheba Sherman? Bathsheba Sherman was a real-life woman who died in Rhode Island in 1885. Some sources claim that she was a witch, who worshipped Satan and was killed during “Salem Witch Trials”. If you’re not aware, Salem Witch Trials was a series of hearings and prosecutions of those accused of witchcraft in colonial Massachusetts between 1692-1693

On the contrary, local legend has it that Bathseba was a demon who killed children in 19th-century Connecticut. In the movie, “The Conjuring”, Bathsheba has been featured as a witch, who was a relative of Mary Towne Eastey. It has been depicted that she sacrificed her week-old child to the devil and killed herself in 1863 after cursing everyone who takes her land.

The Reputation Of A Baby-Killer…

Bathsheba Sherman’s life story may not have been recorded at large, but it certainly makes one think beyond the realms of what could practically exist. Local legends suggest that Bathsheba killed her own children with a large sewing needle in her attempt to please Satan. However, there is no proof that she actually offered her children to Satan.

As for Bathsheba’s children, all her three children died before the age of four or seven. But one child, Herbert L. Sherman, lived as a farmer and even had a family.  Bathsheba’s grave can be found inside the Harrisville Cemetery, and her farmhouse is open for tourist reasons. It is mainly for ‘The Conjuring’ fans all around the universe.

How Did Bathsheba Sherman Die? 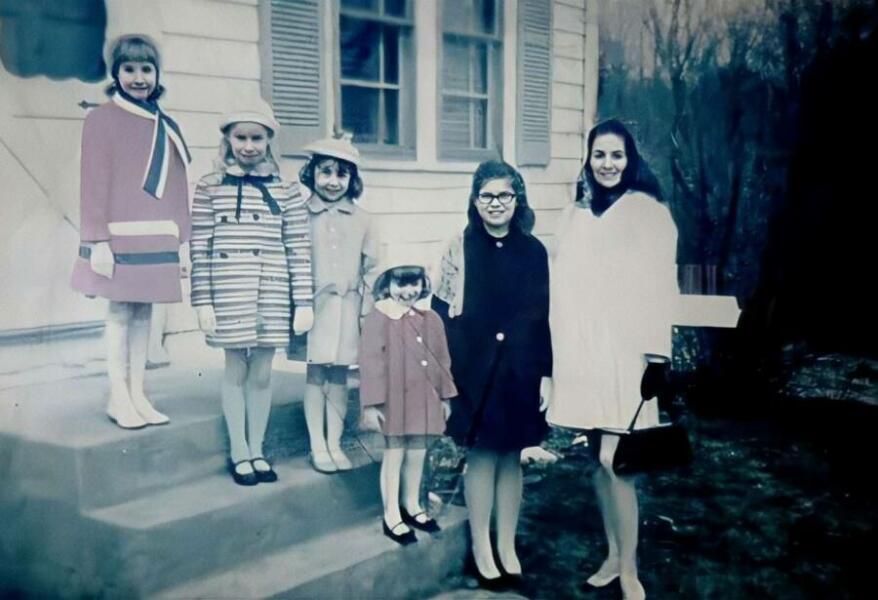 In 1971, the Perron family moved into a farmhouse in Harrisville, Rhode Island, with their five daughters: Andrea, Nancy, Christine, Cindy, and April. They narrated how their dog refused to enter the premises, and soon after, paranormal activities began to take place.

As per details mentioned in Andrea Perron’s (eldest child) book, Bathsheba was beating and starving the people who hired her farmlands. The book narrates that she died in 1885, four years after her husband’s death. Some reports suggest that her body had turned into a stone after she perished. Another important revelation was made with respect to her condition.

Bathsheba suffered from a strange form of paralysis that scared the hell out of science. However, soon after her death, people noticed constant paranormal activities inside her house. Andrea Perron believed that her mother’s body was contorted into a ball.

She claimed that her mother got possessed for several minutes, and was slammed against the floor with her head. Such events are narrated in “The Conjuring”. “I thought I was going to pass out,” said Andrea. “My mother began to speak a language not of this world in a voice not her own. Her chair levitated and she was thrown across the room.”

The events are clearly mentioned in Andrea’s book and a documentary, Bathsheba: Search for Evil. It also reveals how Andrea’s father kicked the infamous paranormal experts, Ed and Lorraine Warren. However, they returned only one more time to ensure Carolyn Perron’s survival. The Perron family lived in the property until 1980 due to financial issues.

Andrea Perron once stated in an interview, “The Conjuring is an excellent film for what it is, it’s about 95 per cent fiction and about five per cent hard truth.” While the film manages to deliver the traumatic events in the life of the Perron family, “Bathsheba: Search For Evil” is the only documentary that closely touches the evil witch’s subject, narrating the fact that Sherman wasn’t entirely evil.

Andrea spoke about this documentary: “Bathsheba: Search for Evil is a true, well-made, well-conceived documentary about a single entity named Bathsheba Sherman who got a really bad rap in life, the afterlife and in the film because of Mrs Lorraine Warren. Her case files were based on her own interpretation of events which transpired in the farmhouse. Essentially, Bathsheba copped the blame for everything evil, and it simply wasn’t the case.”

At one instance in this documentary, it has been mentioned that Mrs Warren (a paranormal investigator) intuited the presence of Bathsheba, but her attachment to the farm was not because she was a member of the Arnold family, but rather was a neighbour who lived on the Sherman Farm.

Andrea revealed that the spirit which broke her mother’s neck was likely Mrs Arnold, who was found hanging in the barn in 1797. It is pertinent to note here that Bathsheba wasn’t even born until 1812. While the movie captures disturbing events experienced by the Perron family, the documentary is the only account that sheds light on Bathsheba’s character.

And well, the truth is stranger than fiction and this documentary aptly covers all first-hand accounts provided by the Perron family. When “The Conjuring” director James Wan read Andrea’s book, he said: “Oh, hell no! We can’t incorporate elements of this. It will run people right out of the theatre. What’s the point of making a movie that nobody stays to watch?” 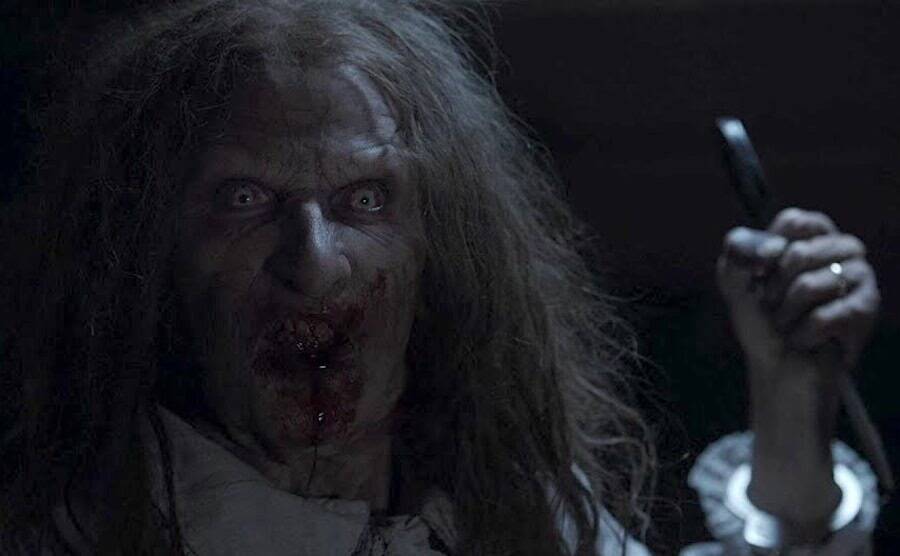 If we go by The Conjuring’s storyline, Bathsheba Sherman haunted the Old Arnold Estate in Harrisville, Rhode Island. The farm lady was known for practising black magic, and during that time, several children went missing. Locals believed that she sacrificed them to Saram. Once, an infant mysteriously died in her care, and people believed that she might have sacrificed the infant.

When the child was examined, it came out that he suffered from a mortal wound, which was caused by a large sewing needle that was impaled at the base of his skull. Even though the town declared her a witch, she was acquitted by the court due to insufficient evidence.

Some accounts suggest that her husband, Judson Sherman, saw her sacrificing their baby to the Devil. This made him believe that she may have sacrificed their other three children, who didn’t live past the age of seven. When exposed, Bathsheba climbed the top of a tree, proclaimed her love for Satan, and cursed those who’d take her land. She then hung herself, committing suicide.

The Truth About Bathsheba Sherman?

Many researchers suggest that the woman with a broken neck came to be (wrongly) popularized as Bathsheba Sherman, courtesy of the Perron family. Undeniably, the witch suffered the most damage to her reputation if we go by Andrea’s book and “The Conjuring”. In both, she is portrayed as an evil, Satan-worshipping witch who sacrificed a baby by impaling a sewing needle into the base of its skull.

Mr. McKeachern, a figure from Perron’s boo, described her as “Bitter. Vindictive. Hateful and Unholy”, and claimed by firsthand knowledge that Bathsheba would starve and beat her staff, yet she was a “ravishing beauty in youth”. This instance is mentioned in one of the volumes written by Perron.

However, if we go by the little research available, the truth is that there are very few records that support stories associated with Bathsheba Sherman (1814-1885). These include a few census records, her will and an obituary. There is no birth or death certificate.

Moreover, Perron’s portrayal of Mr McKeachern might be a fabrication, as he would have been at least eighty-five years old in 1971 (when the Perrons bought the house), if he were born when Bathsheba died in 1885, putting him into his nineties to have any chance of having firsthand knowledge of Bathsheba. If Mr McKeachern really existed, there is a slight chance that he would possess any first-hand knowledge about Bathsheba.

In one of the volumes from her series, Perron associated Bathsheba with the Arnold family. For example, while describing the details of an inquest into the murder of a baby, Perron states “…but Bathsheba was an Arnold and she’d lived on the Arnold Estate at that age so there was every indication to believe the event occurred in Carolyn’s own home”. But again, she wasn’t an Arnold. These details make us wonder if Bathsheba was what the legends claim, or what Andrea claims. But again, there is some truth to her vicious activities. 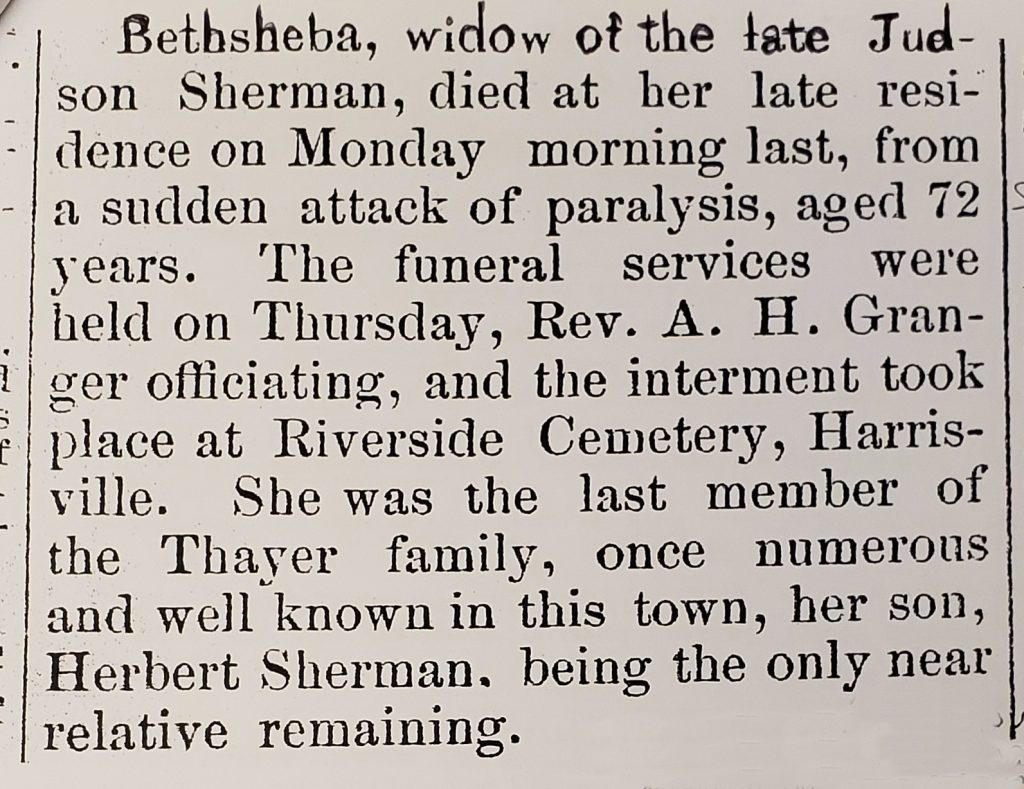 Whether she died from a stroke or committed suicide, the question about Bathsheba being evil holds little evidence. On the contrary, if this story was weaved to sell a story and earn profits, an innocent Bathsheba’s gravestone may have been vandalized several times over the years, no doubt a direct result of the false claims made against her. For this, Andrea Perron never took any responsibility.

Sometimes, the reality is beyond our understanding, and if a practical man like Winston Churchill can experience the presence of spirits, even though political ones, there is no doubt that a third world exists. While you may have watched the movie, do find some time to read Perron’s book along with this documentary, and share your thoughts with me. Do you think an innocent woman was carved into a witch or the tale is as real as it comes?