Salem town (now known as Danvers) is a historic coastal town in Massachusettes, infamously came to be known as the town of witchcraft – the devil’s magic. Between 1692 and May 1693, a series of investigations and persecutions caused 19 convicted “witches” to be hanged” and several others to be imprisoned. 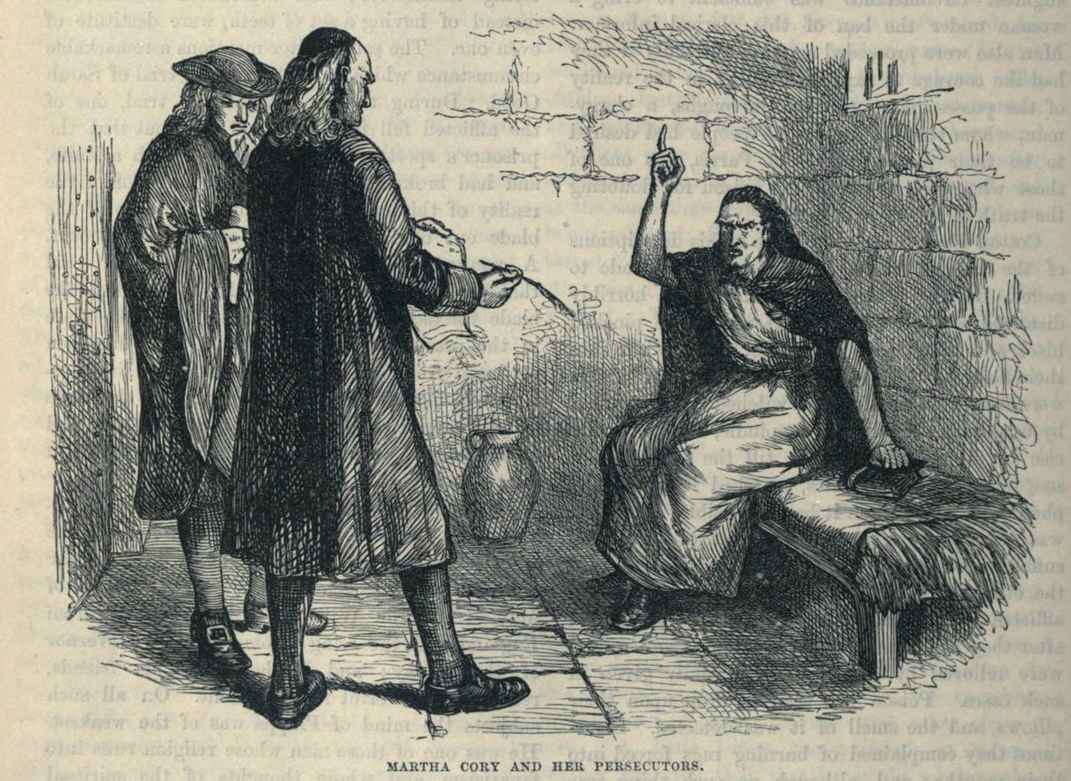 The “Salem Witch Trials” is still remembered as one of the most notorious cases of mass hysteria. As years passes, apologies were offered and restitution was made to victims’ families. However, historians and sociologists have continued to examine this complex episode to heighten awareness. Read on to know Salem village’s journey from paranoia to pardon. The Salem witch trials are undoubtedly one of the most notorious cases of mass hysteria, wherein the accused witches were given slandered with little recourse and denied rights, otherwise granted under English law.

In February 1962, Salem village of Massachusetts was engulfed by cases of witchcraft, when several young girls became ill. However, one cannot deny the fact that a major illness for their illness was the smallpox epidemic. From a strong belief in the devil to the threat of attack by warring tribes, the villagers were filled with suspicion and fear.

Mass arrests were made in numerous towns beyond Salem, and grand juries and trials were conducted by the Court of Oyer and Terminer in 1692. The accused awaited trial for a crime punishable by death in 17th-century New England – the practice of witchcraft. Giving more fire to the chaos, many puritan ministers often quoted Exodus 22:18: “Thou shalt not suffer a witch to live,” and encouraged their flocks to oust the evil in their midst.

For instance, Elizabeth Hubbard was accused of witchcraft at the age of 17. On the other hand, Dorothy Good was just 4 or 5 when she was accused of something that was punishable by death. Thirty people were found guilty, and 19 were executed by hanging. Some even died in jail. 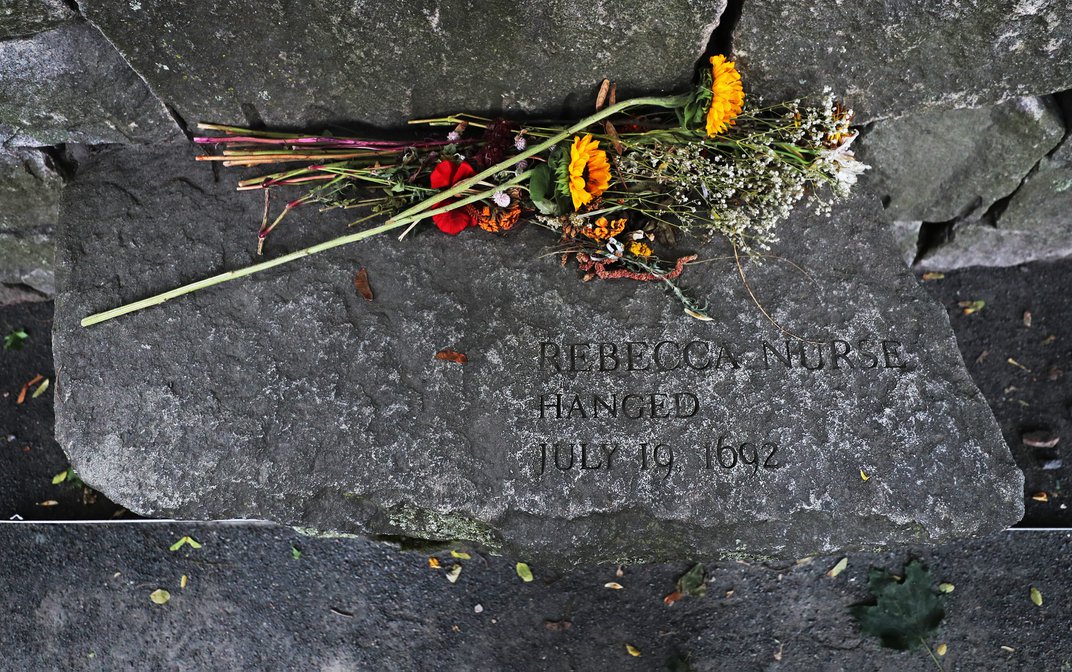 In January 1692, two teenage girls Elizabeth (9) and Abigail Williams (11) (from the Parris family) started having fits. As they screamed and threw things, a local doctor declared that they were possessed by a supernatural. In the day ahead, another 12-year-old girl, Ann Putnam Jr. experienced similar fits.

However, following pressure from magistrates Jonathan Corwin and John Hathorne and colonial officers, the girls put all the blame on three women: Tituba, a Caribbean woman (slave of the Parris family), Sarah Good (beggar), and Sarah Osborne (an elderly impoverished woman). When these women were brought before the magistrates, Osborne and Sarah Good claimed innocence.

However, Tituba confessed that the devil came to her and asked her to serve him. She even described vivid imagery of black dogs, yellow birds, red cars and a tall man with white hair. She testified that she was asked by this man to sign his book, and claimed several other witches were looking to destroy the Puritans. As paranoia continued to grow in Salem, accusations against several women were made.

Shockingly, when Martha Corey, a loyal member of the church was described as a witch, people started whispering that if she could be one, then anyone could be. Even Good’s 4-year-old daughter Dorothy was questioned for being a witch.

The first accused before the court, Bridget Bishop (known for gossip and promiscuity) responded to the accusations of witchcraft: “I am as innocent as the child unborn.” But again, she became the first person to be hanged on what later came to be known as Gallows Hill.

The Belief Behind Witches In Salem 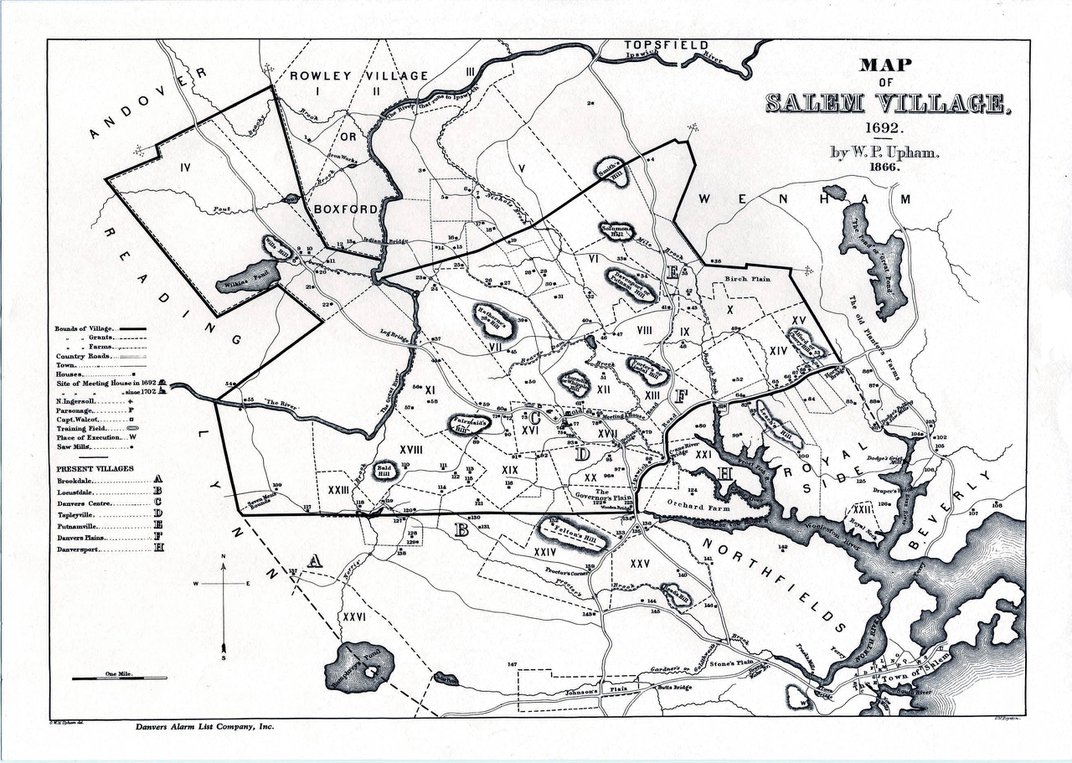 If you aren’t aware, English writer and philosopher, Joseph Glanvill claimed in “Against modern Sadducism” (1668) that he could prove the existence of witches and ghosts of the supernatural world. He mentioned the “denial of the bodily resurrection and the [supernatural] spirits following the Salem witch trials. Glanvill believed that ingenious men should believe in witches, and if they doubted the existence of spirits, they not only denied demons but even the existence of God.

Moreover, in medieval and early modern eras, many religions, especially Christianity propagated the idea that the devil could give witches the power to harm others if they submitted to him. The “witchcraft craze” started in the 1300s throughout Europe to the end of the 1600s before it came to Salem. In the process, tens of thousands of witches, mostly women were executed.

The Puritan villagers believed all the quarrelling was the work of the devil. When English monarchs William and Mary raged war with France (King William’s War) in American colonies, many refugees were sent into the county of Essex, specifically Salem Village. The displaced people put a massive strain on Salem’s resources, and rivalries began to take place. The puritans began accusing the suppressed of witchcraft, ultimately resulting in their arrests. As for the trials, the law did not go for “innocent until proven guilty”. The court relied on three kinds of evidence: 1) confession, 2) testimony of two eyewitnesses to acts of witchcraft, or 3) spectral evidence (girls having fits would encounter an unseen assailant). The Salem Witch trial divided the community in every possible way.

People lost their sense of judgment. Neighbours testified against neighbours, children against their parents, and husbands against their wives. Sadly, those who died in the prison also included children. After the Court of Oyer and Terminer was dissolved, the Superior Court of Judicature took over the witchcraft cases, disallowing spectral evidence. Most accusations of witchcraft then resulted in acquittals. But then, it was already too late.

Famous historian Geroge Lincoln Burr wrote: “the Salem witchcraft was the rock on which the theocracy shattered.” The Salem Trials have been constantly used as an anecdote in political rhetoric and popular literature to describe the dangers of isolation, religious extremists, lapses in due process, false accusations and whatnot. Undoubtedly, the lasting effects of the trial became highly influential in the history of the United States. Governor William Phips, who ordered the establishment of a Special Court of Oyer (to hear) and Terminer (to decide) for Suffolk, Essex and Middlesex counties, too became a target. His wife was also suspected to be a witch. As the court drama continued, Phips pardoned all inmates accused of witchcraft by May 1693. However, much damage was already done.  Nineteen men and women were hanged on Gallows Hill, Salem.

In another shocking incident, Giles Corey, Martha’s husband, who refused to submit to trial, was pressed to death with heavy stones. If you aren’t aware, animals too became victims of Salem’s mass hysteria. Colonists killed two dogs as they believed them to be linked to the devil. To summarise, superstition and chaos took the best of everyone.

Witch trials were declared unlawful in 1702. However, a bill was passed in 1711, restoring the rights and good names of many accused. In fact, £600 in restitution was granted to the victims’ heirs. But again, nothing could fade away the horrors of these trials. It took Massachusetts over 250 years to formally apologise for the events of 1692. 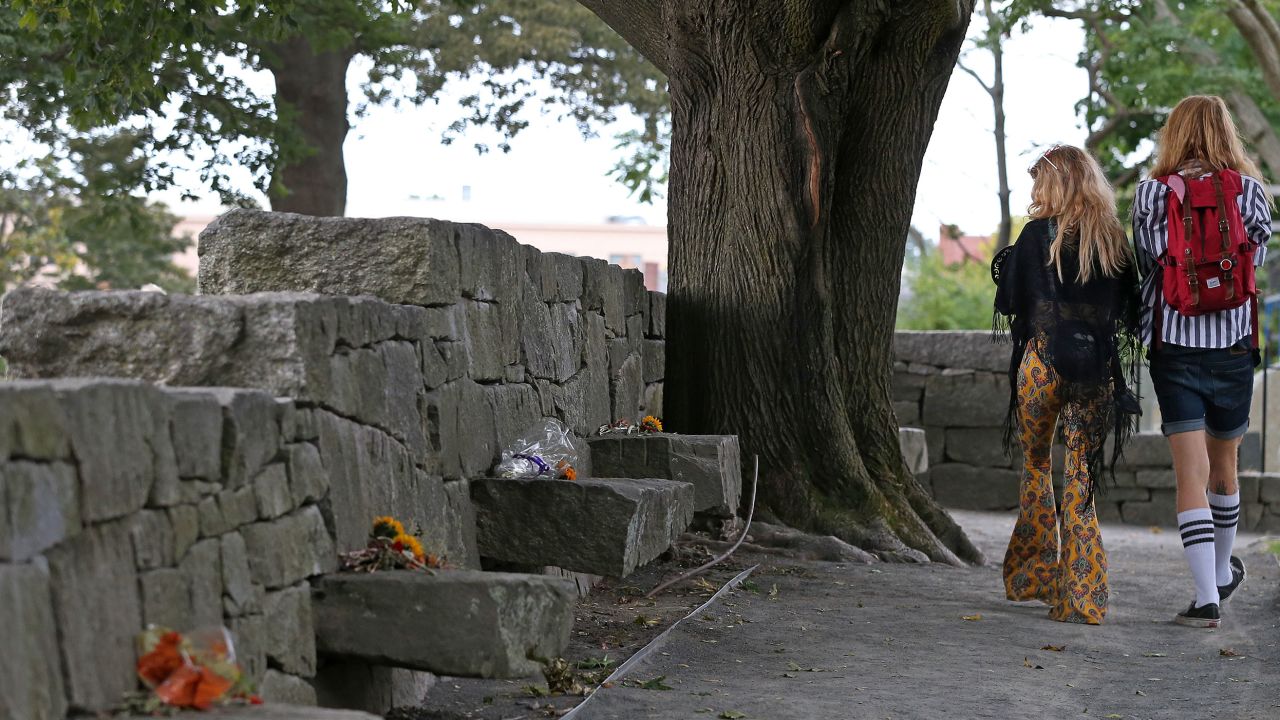 Last year in July, one of the accused, Elizabeth Johnson Jr. was exonerated as her name remained unclear and she was left out of the 1957 resolutions for unknown reasons. This was made possible after a successful lobbying campaign by Massachusetts teacher Carrie LaPierre and her eighth-grade civics students. The step came after years of petitioning the government.

Johnson became the last Salem witch to be exonerated as of 2023. During a court examination in 1692, she said that another woman, Martha Carrier, “perswaded her to be a witch” and that Carrier told her she “Should be Saved if she would be a witch”.

Johnson narrated how the devil appeared to her  “like two black Catts,” and she named several other people in Salem whom she said were involved in witchcraft. During her trial, she also showed her knuckles, where it appeared fellow “witches” had “sucked her,” according to the 1692 examination document. Johnson was sentenced to death at the age of 22.

To compensate, in August 1992, Nobel Laureate Elie Wiesel dedicated the Witch Trials Memorial in Salem to commemorate the 300th anniversary of the trials. Apart from this, the Peabody Essex Museum in Salem also contains original court documents from the tragedy. The Salem Witch Museum is another attraction that depicts the horrifying events from the 17th-century witch hunt in Salem.

By the late 19th century, Salem became a tourist destination, and the witchcraft events became a centre of attraction where artists would be seen riding a broomstick and wearing a conical hat. Many movies and books have been written on the subject of “witchcraft”. The latest description of the Salem Witch Trials was provided in the 2018 exploitation-teen comedy film Assassination Nation.

What’s become a theme of Halloween today, once became a tumultuous experience for Salem natives. If we look closer, no apology or restitution can ever heal the wounds of what took place in Salem almost 330 years back. If it was a voodoo tale or a medical condition, questions surrounding these episodes still remain to be a subject of discussion.

Snoop Dogg’s Net Worth: How Much Money Does the Rapper have?