While you’ve read about some of America’s biggest serial killers, I am about to introduce you to the country’s biggest “serial financial killer”. Bernard Lawrence “Bernie” Madoff, the mastermind behind the “Ponzi scheme” swindle, single-handedly put the country in a state of shock. Beyond the loss of tens of billions of dollars, the human consequences of the crime were almost incalculable. With the largest Ponzi scheme in history, this man managed to defraud around 37,000  investors in 125 countries, ripping off as much as $65 billion from them over five decades. Here’s the story of Wall Street’s investment advisor, who met his fate in prison. Read on to know more about him.

Who Was Bernie Madoff Bernard Lawrence “Bernie” Madoff was born in Queens, New York City to Jewish parents, Sylvia and Ralph Madoff, who was a plumber and stockbroker. After graduating from Far Rockaway High School, he attended the University of Alabama for one year but then graduated from Hofstra University with BA in political science.

After that, Bernie attended Brooklyn Law School but left his law studies after two semesters to become an independent financier. After dropping from law school, he found the Bernard L. Madoff Investment Securities LLC, which went on to become one of the largest penny stock brokerage and wealth management firms. Who knew that this trader, would one day go on bluffing America with one of the largest financial frauds in modern-day history? Bernie, who initially wanted to pursue a law career, began his Wall Street career in the early 1960s as a trader in penny stock. His company, Bernard L. Madoff Investment Securities LLC, began using innovative computer information technology to disseminate its quotes to stand out from other competitive firms.

If you aren’t aware, Bernie’s brother, Peter helped him develop this computer trading software, and the same was later adopted by the NASDAQ trading exchange, giving rise to the electronic trading systems, something that has become a common phenomenon in trading now.

In a previous interview with journalist Steve Fishman, Madoff explained about his firm, “We were a small firm, we weren’t a member of the New York Stock Exchange. It was very obvious. According to Madoff, he began to make a name for himself as a scrappy market maker. “I was perfectly happy to take the crumbs,” he explained, quoting a client who wanted to sell eight bonds, and suggested that while bigger firms won’t be interested, he would pick up that kind of order.

Bernie even served as chairman of the NASDAQ exchange in 1990. Not only this, his family members too incurred prominent positions in organizations like Securities Industry and Financial Markets Association (SIFMA). After 41 years as a sole proprietor, his firm was incorporated as a limited liability company in 2001, and Madoff remained its sole proprietor.

But then, as people began to start investing in his fancy scheme, little did they know about the motive of this decent-looking entrepreneur, who was well-respected on Wall Street. Bernie soon became a major contributor to candidates of the Democrat parties and non-profit charity organizations, who were lured by his policies. For instance, by the 1990s, his firm was processing 10%-15% of all the trading orders for the New York Stock Exchange (NYSE).

Bernie’s business was a huge success. By the late 1980s, he was already making in the vicinity of $100 million a year. However, when his financial fraud was brought to light, many people wondered why a successful entrepreneur like him would even commit such a fraud. It was truly puzzling because his brokerage business was wildly successful and made him extremely wealthy. Well, the simple answer to that is greed.

Bernie lured some of the most high-profile clients by promising them high returns on their investments. This formed the basis of his simple yet frightening Ponzi Scheme. Clients simply got wooed by him considering his numerous charitable works. Some of his victims included director Steven Spielberg, actor Kevin Bacon and former New York Mets owner Fred Wilpon among other ordinary investors.

He even managed to defraud the Nobel Peace Prize winner Elie Weisel’s, Elie Wiesel Foundation for Peace, and Madoff managed to wipe out the NGO’s entire funds. Apart from this, he also used his amicable relations with J. Ezra Merkin, an officer at Manhattan’s Fifth Avenue Synagogue, to make congregate clients. In this manner, he managed to swindle more than $2.4 billion from them. Wondering how he managed to pull this off?

After he received money from investors, he deposited the amount into his personal account at Chase Manhattan Bank, which later merged into JPMorgan Chase & Co. According to one source, the bank made as much as $435 million (after-tax profit) from these deposits. He turned the wealth management business into a massive Ponzi Scheme, and no one could figure it out for years.

Bernie would pay returns to earlier investors by using money from late investors. However, the catch was that the trading statements of his clients showing profits were complete fabrications. While he continued to extort money from clients for a period of more than 17 years, some individuals urged the Securities and Exchange Commission to investigate his business practices way back in 1992.

However, the agency failed to detect the massive fraud. Despite being distrusted by several Wall Street firms, he continued with his Ponzi scheme like a classic “serial financial killer”. However, things became crystal clear in 2008 when a huge base of investors wanted to cash out investments. Shockingly, the amount stretched to approximately $7 billion. But then, Bernie could only come up with a couple of hundred million.

In December 2008, Bernie confessed to his crimes to his sons Mark and Andrew, who later told the authorities that their father had confessed to them that the asset management unit of his firm was a massive Ponzi scheme. His sons revealed to the FBI that they had heard Bernie stating that it was “one big lie”. Bernie was arrested the next day and was charged with one count of securities fraud.

During his arrest, Bernie boasted in front of the authorities that he could have been caught way back in 2003, stating that the investigators acted like “Lt. Columbo” and never posed the right questions. He said: “I was astonished. They never even looked at my stock records. If investigators had checked with The Depository Trust Company, a central securities depository, it would’ve been easy for them to see. If you’re looking at a Ponzi scheme, it’s the first thing you do.”

However, on March 12, 2009, Bernie pleaded to 11 federal felonies and admitted to his crime of turning his business into a huge Ponzi scheme. He managed to swindle a total of almost $65 billion from his client’s accounts. In court, he insisted that his family had nothing to do with these crimes, even though his wife, Ruth once kept the books, his sons were senior officers and his brother peter, was the senior compliance officer. On Dec. 11, 2008, the FBI raided his offices in the Lipstick Building on Midtown Manhattan’s Third Avenue. Per the Securities Investor Protection Corporation (SIPC), investors incurred actual losses of $18 billion. On June 29, 2009, Bernie was sentenced to the maximum sentence of 150 years in prison. As for his older son, Mark Madoff died two years after his father’s arrest. His death was the third suicide linked to the fraud. His younger son Andrew died of lymphoma at 48. After his sentencing, Bernie apologised to the victims, stating: “I have left a legacy of shame, as some of my victims have pointed out, to my family and my grandchildren. This was something I will live in for the rest of my life. I’m sorry. I know that doesn’t help you.” But again, he lived a reputation of a mafia boss in prison, just like in the case of Indian fraudster, Vijay Mallya, who continues to enjoy the perks despite his arrest in the U.K.

What Happened To Bernie Madoff? 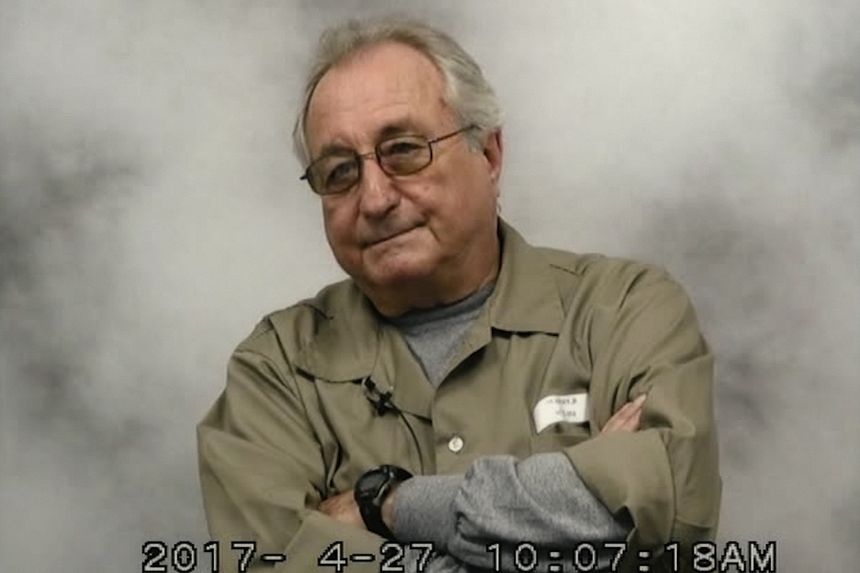 Bernie Madoff’s life in prison was a mix of pleasures and agony. His first prison fight happened with a senior citizen inmate, after which he was treated for several facial injuries. Several news outlets reported that his injuries were more serious and included broken ribs and a collapsed lung. However, the FBI’s affidavit indicated that he was admitted for hypertension.

Bernie later boasted in a letter to his daughter-in-law that he was treated in prison like a “mafia don”. He wrote: “They call me either Uncle Bernie or Mr Madoff. I can’t walk anywhere without someone shouting their greetings and encouragement, to keep my spirit up. It’s really quite sweet, how concerned everyone was about my well-being, including the staff. It’s much safer here than walking the streets of New York.”

It was also reported that Bernie befriended Carmine Persico, a boss of the Columbo crime family, in the prison. He once intimidated another inmate who slapped Bernie. In 2019, Bernie requested Donald Trump a reduced sentence, but the then-president made no comments.

Bernie’s lawyer also requested compassionate release on the ground that he suffered from chronic kidney failure. However, the request was denied due to the severity of his crimes. Madoff passed away in Federal Medical Center, Butner (a federal prison for inmates with special health needs) on April 14, 2021. His death certificate listed the cause of death as “hypertension, atherosclerotic cardiovascular disease” and “chronic kidney disease”. 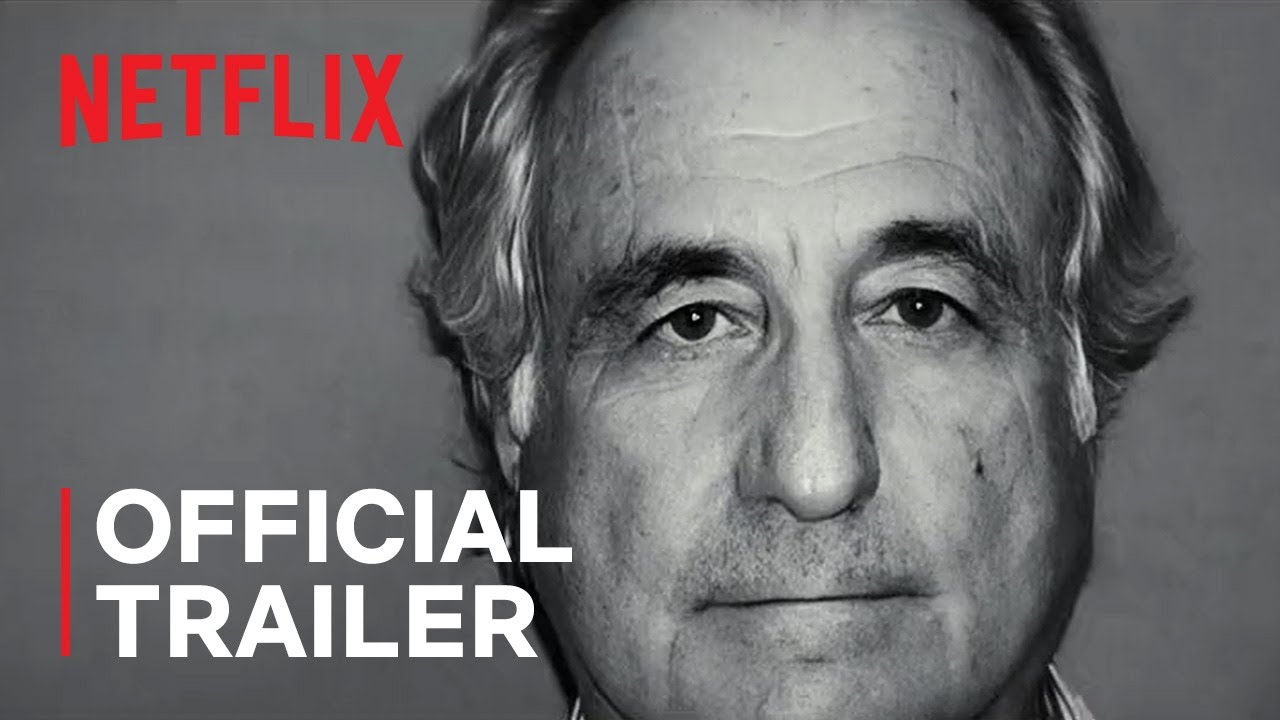 On Jan 3, 2023, Netflix released a new documentary, “Madoff: The Monster of Wall Street” featuring “whistleblowers, employees, investigators and victims as well as previously unseen video depositions of Madoff” himself. One of the interviewees described Bernie as a “financial sociopath and a serial financial killer”. Another called him a man of “pure evil”.

Bernie’s Ponzi scheme ran for more than five decades, ripping billions of dollars from investors. After his death, the Madoff Victim Fund, which was initially created in 2013 to compensate the victims, announced a new distribution totalling $568,648,065 to 30,539 to people who lost money to Madoff Securities.

Former SEC chairman Richard C. Breeden, who was the special master of this fund, revealed that beyond the loss of tens of billions of dollars, the human consequences of the crime were almost incalculable. “Many victims could no longer live independently, meet healthcare needs for themselves or a spouse, care for children or grandchildren, or otherwise provide for basic needs,” he revealed in a statement following Bernie’s death.

He also expressed, “Many victims were not wealthy, and for many, the loss of all or a significant portion of their life savings had a brutal impact.” There’s a lesson to learn from this story, one needs to be more than aware as the world is full of swindlers and scammers, and well, they come in all shapes and sizes!