Jonah Hill And Eddie Murphy are here to take you on a hilarious ride! Netflix has released the first official teaser for You People, the upcoming comedy film directed by Kenya Barris, and it does look like a laugh riot.

The film follows a couple falling in love even after being from different generations, social classes, and ethnic backgrounds. How they stick together, despite the apprehensions of their families and society, forms the premise of the film. Continue reading to watch the teaser and know more about the film.

The hilarious teaser features Jonah Hill’s character, Ezra, meeting with Eddie Murphy’s Akbar and Nia Long’s Fatima to ask for their permission to marry their daughter Amira. The couple, however, has their own concerns about marrying off their black daughter to a white man they just met.

You People premieres on Netflix on Friday, January 27, 2023. Watch the fun teaser below.

Meanwhile, fans already seem excited about the film after watching the teaser. “This is the perfect trailer. It tells me exactly what it’s about without giving away anything,” commented a viewer.

Another one wrote, “That’s such an awkward and unnecessarily detailed conversation that it’s actually quite funny. I never intended to remain subscribed to Netflix for years and years but here we are. Go Eddie and Jonah. I’m in.”

The Film will Handle Complex Themes with a Comic Backdrop

You People has been directed by Kenya Barris, who is known for using comic backdrops to handle complex themes like racism and the struggle of black people in America. Barris will make his feature debut with the film, after previously having worked on sitcoms Black-ish and BlackAF. 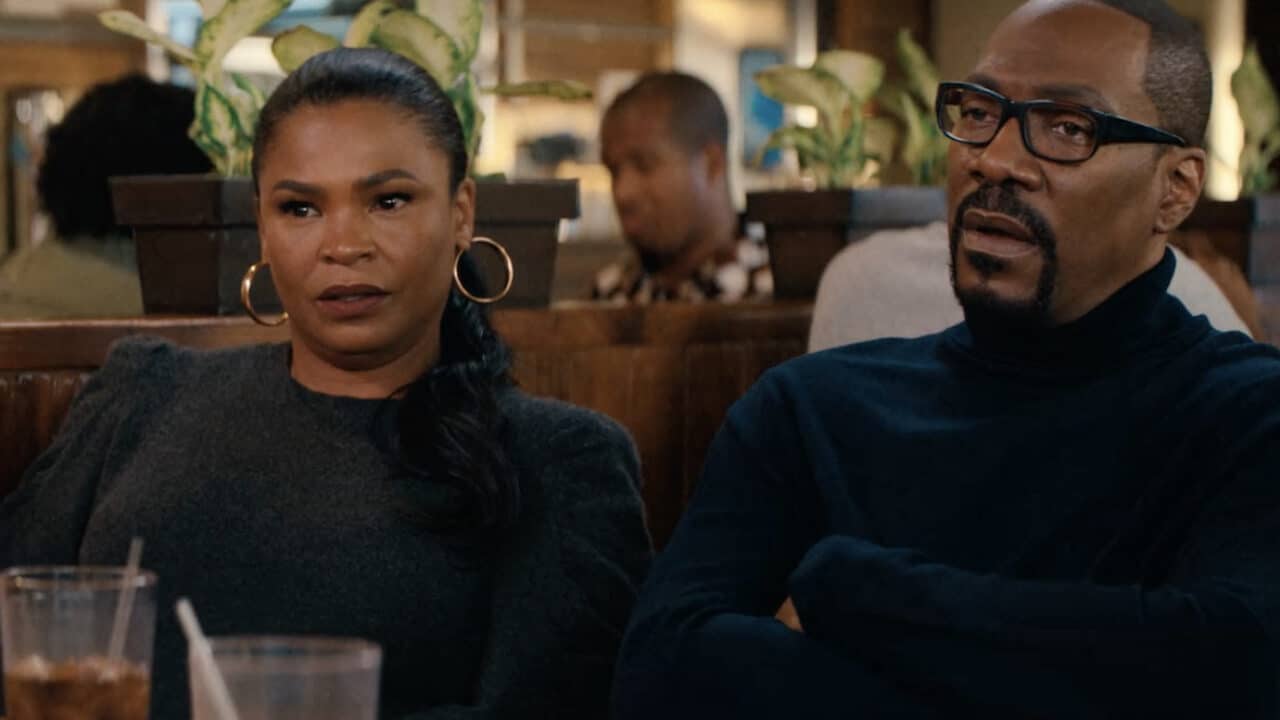 The official synopsis of the film reads, “A new couple and their families find themselves examining modern love and family dynamics amidst clashing cultures, societal expectations and generational differences in this comedy from Kenya Barris.”

As for the story, the film will see Ezra Cohen meeting Amira Mohammed by chance one day. The two bond over their shared love for music and sneakers and go out on a date. Before they know it, they fall head over heels for each other and decide to get married. However, the two now have to deal with interference from their parents, which makes up for a fun ride.

You People Cast and Crew

Hill has also written the screenplay and serves as the producer along with Kenya Barris and Kevin Misher. David Hyman, Matt Dines, Mychelle Deschamps, Hale Rothstein, Andy Berman, Alison Goodwin, and Charisse Hewitt-Webster act as the executive producers on the project.

How did you like the teaser of You People? Tell us in the comments section.