Besides the fact that Winnie has a visible manifestation of the skin condition vitiligo, Kyle Kuzma and Winnie Harlow’s relationship is quite well known in the media. Both of them has different fan base.

Those who admire them are curious about their current dating lives and are interested to know more about them. Here is an overview of the timeline of their relationship over time. 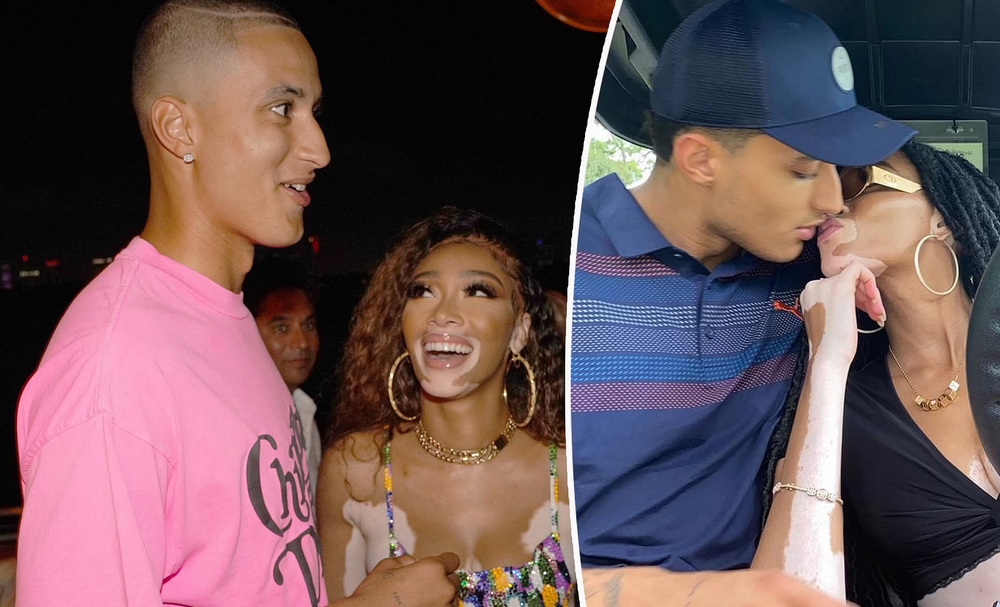 An Introduction to Winnie Harlow And Kyle Kuzma

The supermodel Winnie Harlow is a motivational speaker, a social media personality, and a motivational speaker. In spite of the fact that she has a visible form of the skin condition vitiligo, Winnie rose to fame as one of the most famous contestants on the twenty-first cycle of America’s Next Top Model. It was at the Gala Spa Awards in 2015 that Harlow was named Beauty Idol. During the 2016 and 2017 Teen Choice Awards, Winnie was nominated twice for the Choice Model category each year. Her net worth as of the year 2022 is estimated to be $3 million, which is an impressive figure.

Kyle Kuzma played college basketball for the University of Utah before becoming a professional basketball player for Los Angeles Lakers. Kuzma was named first-team all-Pac-12 as a junior. The Brooklyn Nets selected him with the 27th overall pick in the 2017 NBA draft but traded him to the Lakers.

As of right now, Winnie Harlow and Kyle Kuzma are together. There was a time in the past when they broke up. Here you will be able to view the complete details of the couple’s romance. Now let’s take a closer look at the timeline of their relationship. 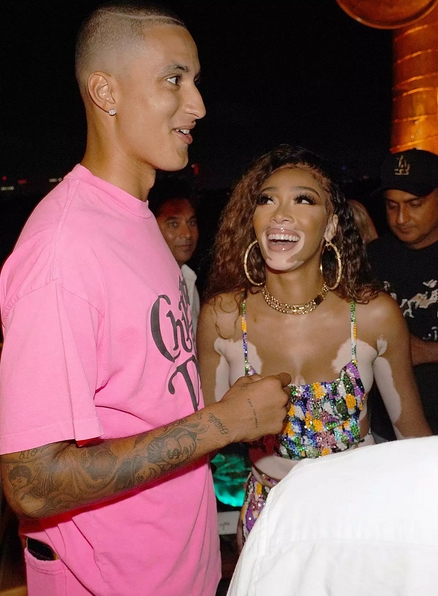 At the beginning of the pandemic in March 2020, the model and the player began dating.

During her appearance on The Ellen Show, Winnie shared that the basketball player was the one who first showed interest in her. Earlier this year, Kyle had slipped into her Instagram DM, but she hadn’t noticed that he had sent her a message.

According to her, “I got a DM a year prior from my boyfriend, and I have never seen it. I don’t know what the glitch in the system with Instagram is, but that never came up for me!”

During Quarantine, They Were Together 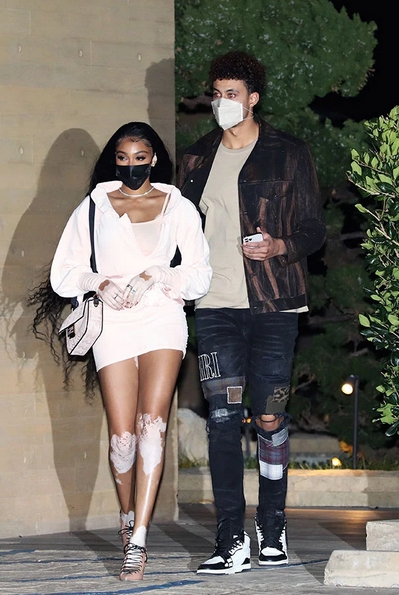 Kyle asked Winnie if she would like to spend quarantine with him, and she agreed, after discovering that the DMs changed into FaceTimes every day, and he has been doing it ever since.

Their Relationship Became Public In May 2021 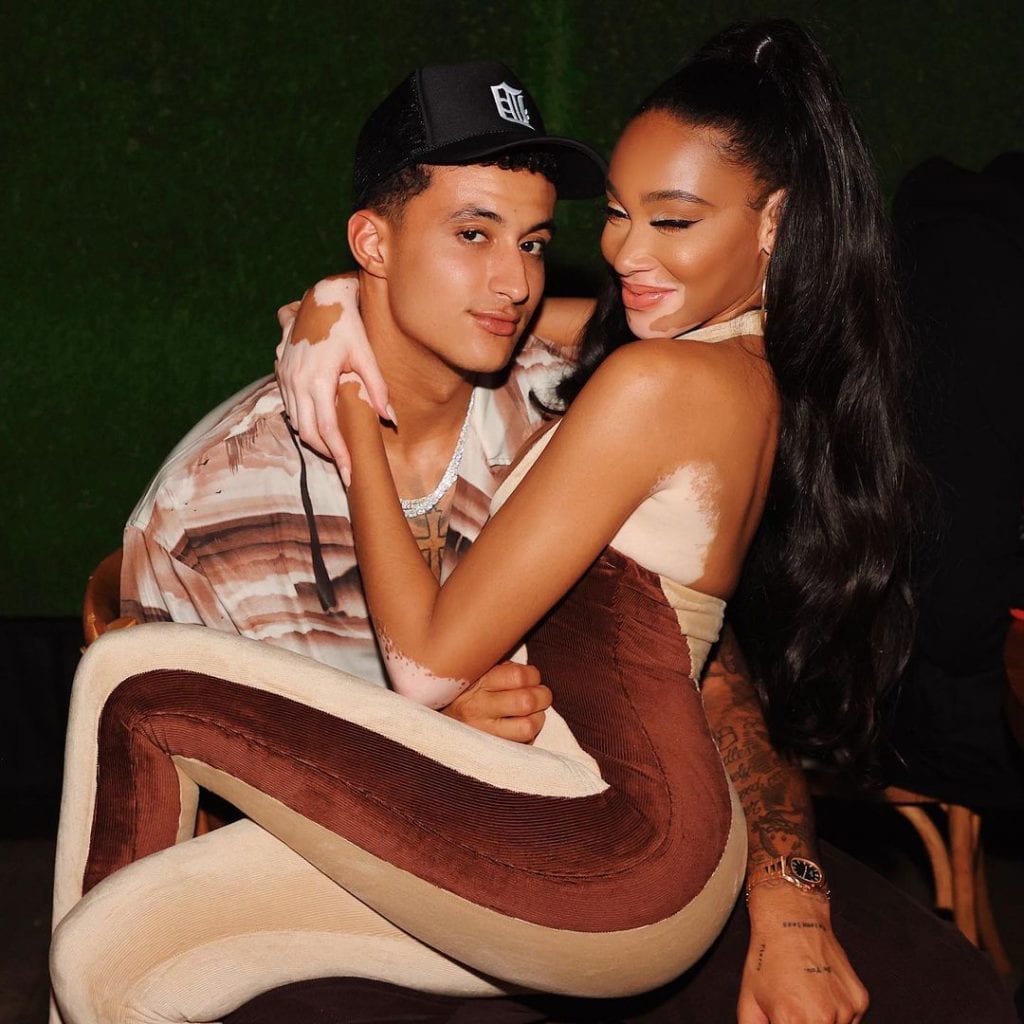 In May 2020, there were photos of the Duo holding hands on the streets of Los Angeles. Henceforth, their relationship became public for the very first time.

There Were Split Rumors In July 2021 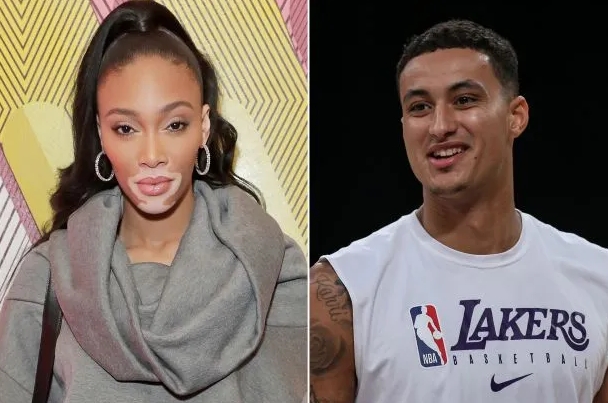 On July 20, 2021, it was reported that there was a rumour of a split between Winnie and Kyle after the two were spotted partying separately in Miami for their birthdays. However, despite this, the couple did not address the status of their relationship based on this information.

The couple ended up splitting after a year of dating due to the fact that their relationship did not work out.

The breakup between Winnie Harlow and Kyle happened shortly after he made a move from Los Angeles Lakers to Washington Wizards, making the news official by the end of July 2021.

The Couple Reunited in December 2021 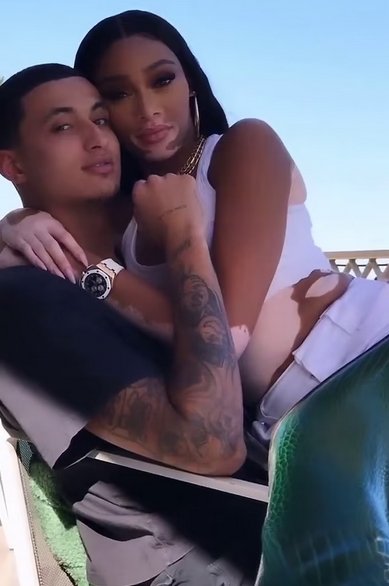 There were reports that Winnie Harlow and Kyle Kuzma have gotten back together after they split up only five months ago. According to reports, the 26-year-old Washington Wizards forward and the 27-year-old model have decided to give their relationship another go.

Valentine’s Day 2022 Was Spent Together By The Couple 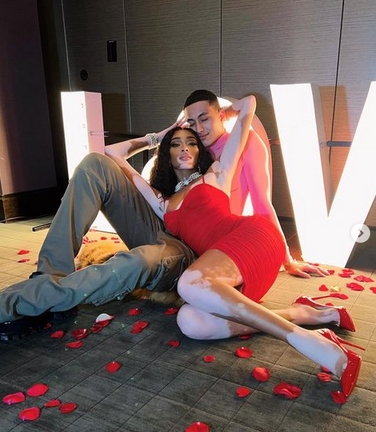 It Was Seen in March 2022 That They Gave Couple Goals 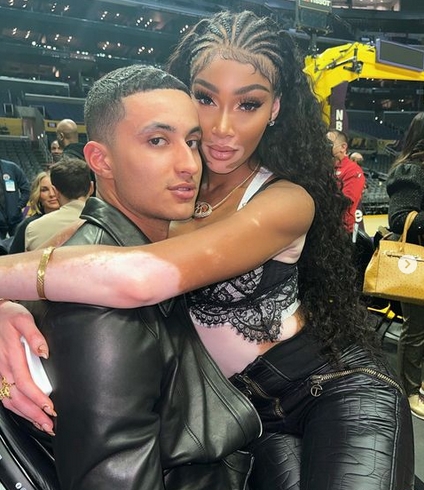 There was a photo of Winnie and Kyle wearing black that Winnie posted on her Instagram account on March 13 2020. The two of them looked absolutely stunning. She captioned the picture and wrote, “Mr & Mrs Smith”.

They Enjoyed Dining Crabs In Early July This Year

The two of them were seen eating crabs as their meal on June 2 of this year. The sight of them playing with crabs was quite funny, however.

On July 24 2022, Winnie and Kyle were seen enjoying Kyle’s birthday with each other. As part of Winnie’s posts, she included pictures of Kyle and her enjoying the birthday party.

The caption read, “Happy 27th birthday, my love @kuz never had a love like this. IT’S LEO SEASON!!! I pray you to receive every blessing in store for you because you deserve it. Thank you for being the best boyfriend in the world. I love you. Thank you to everyone who helped me put this together”. There was also a video that she posted of them dancing and kissing.

Kyle Kuzma and Winnie Harlow were rumoured to be dating Vanessa Hudgens back in January 2020. Soon after the news came out, they parted ways. Nicole Shiraz was previously linked to him. Kendall Jenner, who was dating basketball player Devin Booker, was also seen with him. Likewise, he had an affair with Katya Elise Henry.

Previously, Winnie was engaged to rapper, actor, comedian, and film producer Nick Cannon. In the aftermath of her breakup with Nick, she began dating Formula One racer Lewis Hamilton. Wiz Khalifa, a famous rapper and singer, was also rumoured to have dated her.

Based on what we see on her Instagram, it appears that Winnie and Kyle are dating right now. There is no doubt that the couple is having a great time together. It is unimaginably beautiful to see the love that exists between them. We wish them both a long and happy romantic life together. It will be interesting to see when the wedding bells will start ringing.