Why Is “It’s A Chicken Salad” Viral On TikTok? The Video Tripled The Sales Of Ohio’s Deli

Everyone on TikTok is saying, “It’s a chicken salad”, courtesy of a woman, who accidentally promoted a local Cleveland deli in the best possible manner. Gaining more than 19 million views already, the viral TikTok still continues to hit the right notes, and everyone is just awed by this video. It’s become so famous that even Lizzo stepped in to promote this Ohio-based Deli. So what is “It’s a chicken salad” all about? Read on to learn more. Why Is “It’s A Chicken Salad” Viral? 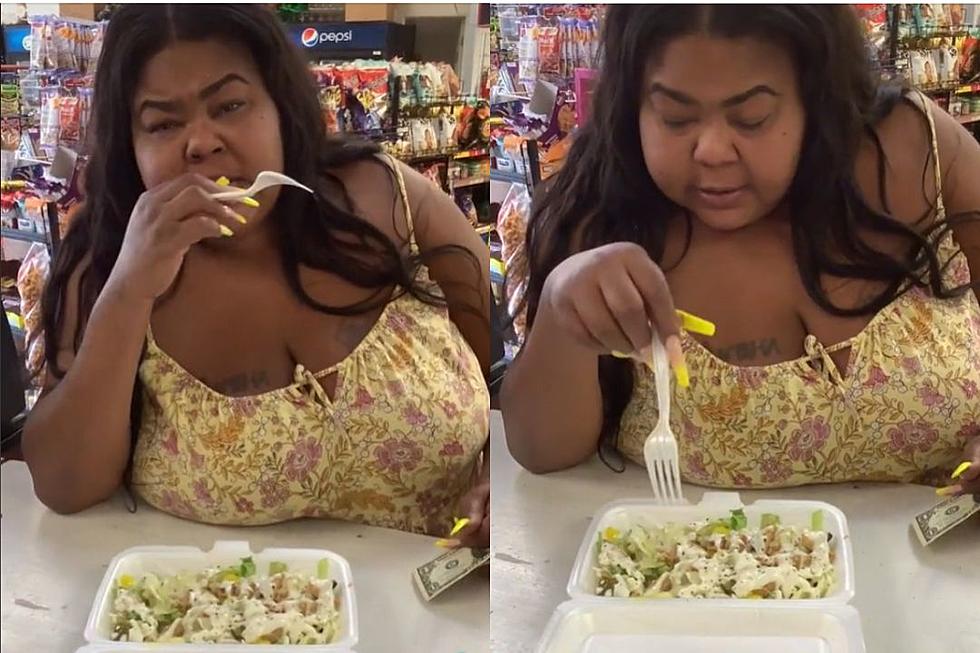 This particular salad got viral after Tanisha Godfrey stopped by East 81st St. Deli on a usual hot day. She decided to try the outlet’s chicken salad, and the owner, Wael Herbawi made a quick TikTok video of the order. Who knew that this video would gain more than 19.5 million views, thanks to one woman’s endorsement?

Why Is Everyone Saying It?

The video below is from a deli on 81st St. in Cleveland. Over 9 million views on TikTok. I love me a salad, though it may not look like it anymore (😫), so I went and rated it… https://t.co/faybTlylOK pic.twitter.com/MWm6rBtZNS

“I’m making triple the amount of money that I usually make,” he said, adding that people have driven all the way from California and Georgia to get their hands on his chicken salad.

Herbawi also shared that the secret to his salad’s success is its secret dressing, though he has no intention of giving away the ingredients. You’ll just have to make a trip out to Cleveland if you wanna taste it for yourself!

Tanisha’s voice has taken over the minds of TikTokers. In the video, the owner Herbawi asked the customer to describe what she was eating. Godfrey replied, “Y’all better come up here and get one of these… It’s a chicken salad.

She continued, “I got chicken, pickles, banana peppers, bell peppers, tomatoes, onions…” For some bizarre reason, Godfrey may have promoted this deli in the best possible manner, because more than the salad, it’s her voice that’s selling. Her review has helped boost the deli’s business, says the owner.

After the video got viral, Wael Herbawi described how managed to sell 980 chicken salads in a day against the usual 30. “Since the video, the business has skyrocketed and people are travelling from across the country to try it,” Wael continued. Meanwhile, Godfrey has a newfound interest and has continued reviewing businesses on her TikTok.

As for TikTokers, one user wrote, “Why does she advertise it so well?!” Another expressed, “Her saying chicken salad is like, that feeling you get when you clean your ears out w q tips. Her voice hit just right for me. “The way she said it makes me wanna buy one,” a person commented.

"You have to get it exactly how I get it."

A small deli in Cleveland, Ohio, has gone viral for their chicken salad thanks to a loyal customer's TikTok videos. Even celebrities like Lizzo have taken notice. pic.twitter.com/OWEBQaFkgt

Presently, there are over 94,000 videos inspired by the original “chicken salad” clip, wherein people are now using Godfrey’s convincing voice, to share their yummy meals. One TikTok user joked in a video, “My nephew trying to convince me to eat one of his Cheeto puffs.”

Another user ate an entire rotisserie chicken, writing, “When I don’t get enough protein intake for the day so I just pick up a whole rotisserie from Publix.” Cleveland resident Tanisha Godfrey even ended up inspiring Lizzo, who promoted Deli’s profile while sharing a TikTok video wherein she ate an entire waffle sandwich. The 81st Deli’s business surged even more when everyone got to know that Lizzo used their music in her video.

In his interview, the deli’s owner, Herbawi shared that he is making triple the amount he usually makes. People are driving from California and Georgia to try this chicken salad. He also revealed that the secret behind the salad’s success is its secret dressing, but again, he has no intention to give away the ingredient. Why not just take a trip to Cleveland, and try for yourself? Because hey, “It’s chicken salad!”