Why is Caitlyn Jenner Not a Part of ‘The Kardashians’ Show?

The Kardashians’ mother Caitlyn Marie Jenner is disappointed for being excluded from the upcoming “The Kardashians” show. The retired Olympic gold-medal winning decathlete expressed her sadness via a series of tweets.

Interestingly Caitlyn’s Jenner racing has recently partnered with RAC Financial. This means that the former racing driver will be too busy to bother herself with this exclusion. Well, she is no stranger to Motor Sport. But why exactly did she got excluded from The Kardashians?

Why is Caitlyn excluded?

I was there when this started from day one. I watched it grow. And doing the show for almost 20 seasons was one of the highlights of my life. To be able to work with my family for all those years, connect with the fans, it was incredible. Happy that it continues for my family. https://t.co/NDd2jJaQQE

The Kardashians show is set to premiere on Hulu on April 14, 2022. The I am Cait star Caitlyn Jenner appeared from 2007 to 2021 in “Keeping up with the Kardashians”. So yea, it makes sense when she says she has been there from the start. She recently wrote on Twitter that “I was there when this started from day one. I watched it grow.

She added, “And doing this for almost 20 seasons was one of the highlights of my life. To be able to work with my family for all those years, connect with the fans, was incredible. Happy that it continues for my family. 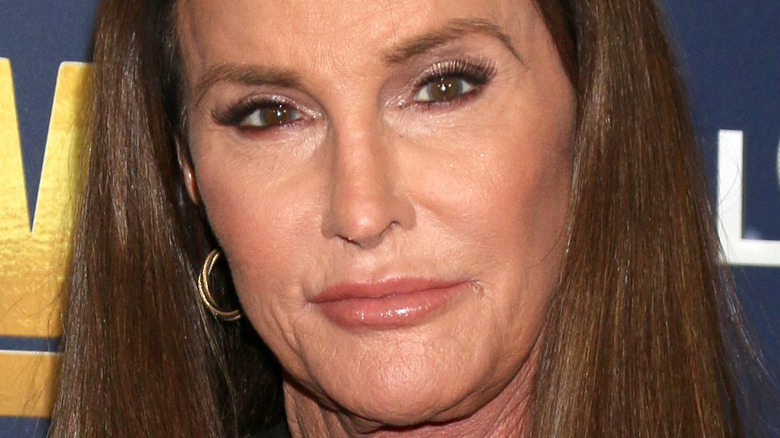 So why is she not a part of the upcoming show? A major reason is Khloe’s and Kim’s anger towards Caitlyn. Well, the truth is Caitly barely appeared on the “Keeping up with the Kardashian” show after 2015, following her gender transition and divorce.

What is with Khloe, Kendall, Kim and Kris? Khloe was hurt by Kris Jenner’s comments on Caitlyn. She once revealed on one of the “Keeping up with the Kardashians” episodes by saying the following:

“It was very hard for me to experience a lot of new things so quickly and still feel like I have to protect my mum and certain things that were happening where I felt like they might not have been the most positive. Not just this, Kendall also ripped Caitlyn publically for turning her back on the family. Kris also slammed Caitlyn for her made-up memoir “The Secrets Of My Life”. Kris didn’t agree with Caitlyn’s transition from a man to a woman. That being said, Kim has her reasons for blasting at Caitlyn.

She once read a passage from The Secrets of My Life and called Caitlyn a liar. She said  “It is so shady that Caitlyn came over and gave me the book, and then on the phone, she said, ‘Well, the final version has a few more things in it. But don’t worry, it’s nothing about you.’ So she lied to me. ‘Cause, that is about me if it’s about our dad. “I’ve always had Caitlyn’s back. But she is a liar. She is not a good person.”

Well, Caitlyn certainly is aware of her turbulent relationships with her step-children and know that they don’t like Caitlyn a bit. This is one major reason for not taking her to the upcoming show. The upcoming The Kardashians show releases on 14 April 2022 and is more of a documentary style. Plus, a lot of drama is taking place in the Kardashian family. This means that there is much to tell.

Interestingly, Scott Disick who is Kourtney’s ex, openly said that he will only become a part of the upcoming series only if he is paid a lot. The boy has always been demanding. One thing is clear Kourtney’s new fiance Travis Barker is definitely on the show.

Caitlyn reveals on the outside that she has no bad blood for the family and she is extremely happy with the new show. But inside, Caitlyn is disappointed with her exclusion. Well, I think Kim holds a major role in excluding Caitlyn. What do you think?