Why Has Netflix Canceled “Warrior Nun” After 2 Seasons? Why Has Netflix Scrapped “Warrior Nun”?

I’ve just found out that @netflix will not be renewing #WarriorNun – my sincere appreciation to all the fans who worked so hard to bring awareness to this series, and for the love you showed me, the cast and the whole production team. It was a privilege to be a part of this. ❤️ pic.twitter.com/eZIBa4tJYm

Simon Barry, Warrior Nun’s creator and showrunner, tweeted Tuesday (Dec. 13): “I’ve just found out that @netflix will not be renewing #WarriorNun – my sincere appreciation to all the fans who worked so hard to bring awareness to this series, and for the love, you showed me, the cast and the whole production team. It was a privilege to be a part of this.”

Yes, Netflix has decided to scrap the fan-favourite American action-fantasy series, starring Portuguese actress Alba Baptista, just after two seasons. It has been reported that the decision was taken just over a month after the “fantasy action show’s second season aired on Netflix in its entirety on November 10.” The second season was announced in August.

The series gained positive reviews since its premiere. Netflix data reveals that this series spent three weeks in the top 10 series ranking on the streaming service. Debuting at 26.22 million hours viewed, it peaked in week two with 27.74 hours viewed.

However, it fell to number 9 in its third week with 11.97 million hours viewed before completely dropping off the list. Even though an official reason isn’t given by Netflix, certainly, these numbers were not enough to push the series for yet another season. Moreover, we all know how cost-conscious Netflix has become lately. “Warrior Nun” revolves around the story of Ava Silva, an orphan and quadriplegic, which means a dysfunction or loss of motor and/or sensory function in the cervical area of the spinal cord. The character is played by Portuguese actress Alba Baptista, and she has supernatural powers. She joins the ancient order of warrior nuns to fight demons and other evil forces on earth.

This series is based on the manga series titled “Warrior Nun Areala”, finding its origin in the comic book character Warrior Nun Areala by Ben Dunn. Disappointed fans, however, started tweeting #SaveWarriorNun on Twitter after Simon’s tweet.

A dishearted Alba Baptista replied to Simon’s tweet: “Working on Warrior Nun was a very special chapter of my life. Thank you to the cast and crew for giving everything they had. Thank you to the fans that loved and supported us. I see you and I love you. It was all for you. I’m forever grateful.” 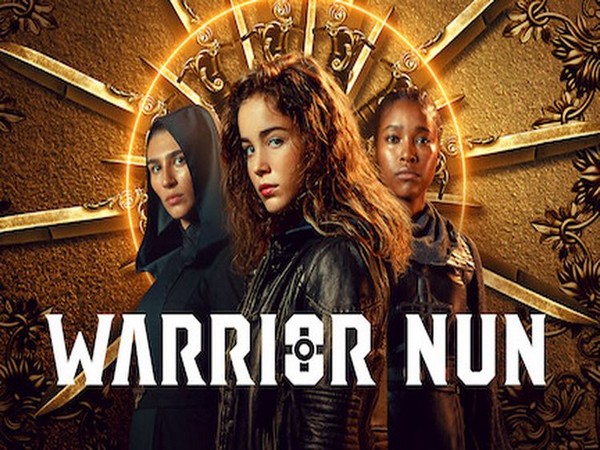 One fan replied, “we need to find another house for the series. it is possible? give us direction and we’ll follow through without question, but please we need to get on with it.”

Another fan tweeted: “People are saying it seems Netflix has the right for the show only for 2-3 years. The fans who watched WN in S1 waited 2 years for S2 (they’re amazing). Just don’t give up, the fandom can wait for 2-3 wears to see #WarriorNun being bought by another platform #SaveWarriorNun.”

Even though the #S.O.S (Save Our Show) movement has worked in the past, it is difficult to say if Netflix will step back from its decision. Did you enjoy watching Warrior Nun? What do you think about the series? And hey, are you joining the #S.O.S movement for this show?