Who is Sylvie Laufeydottir from Loki?

Marvel Cinematic Universe (MCU) television series Loki, starring Tom Hiddleston as God of Mischief, continues to be a big hit in entertaining its global audience. The series which is created by Micheal Waldron for the streaming service Disney+ is aired every Wednesday and in India on Disney+ Hotstar, surprised the audience after revealing that Loki is the first MCU bisexual character. 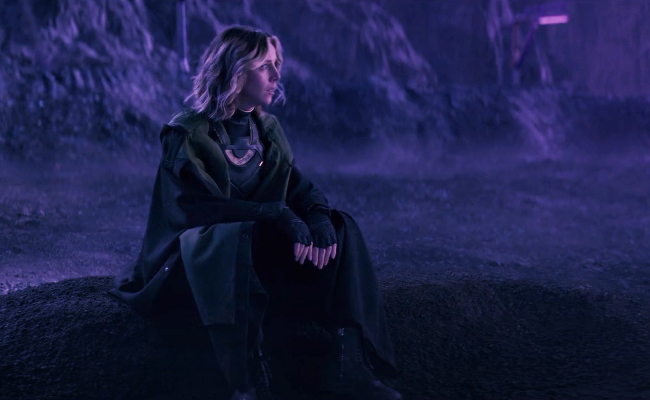 Disney+ released a new featurette on 24th June which reveals the origin story of Sylvie Laufeydottir, a female Loki variant belonging to some other alternate timeline. Portrayed by Sophia Di Martine, the female Loki was introduced in the second episode titled “The Variant”.

Sylvie Laufeydottir means Sylvie, the daughter of Laufey. Laufey was the king of Frost Giants, who was killed by Loki in the main MCU timeline. The character of Loki “has been a fan favorite ever since his central role in 2012’s The Avengers”, becoming “one of the MCU‘s most beloved characters”.

Very little is known about past of Sylvie just yet, but she did reveal that she is in fact a Loki variant that changed her name to Sylvie a while back. She taught herself how to use magic while she grew up knowing that she was adopted from the frost giants. Using her magic she not only can control others by touching them but also getting into their minds and able to access their memories.

More mischief has arrived ✨ @Sophiadimartino is #Sylvie in Marvel Studios' #Loki. The first three episodes of the Original Series are now streaming on @DisneyPlus. pic.twitter.com/N0jtpiz0Yp

She also has a vast understanding of the time variance authority [TVA] as she continues to run from them, even revealing to Loki that they were past variants that have been turned into TVA agents.

To ensure her mission is success Sylvie is willing to do whatever it takes, which goes against Loki’s go-with-the-flow attitude. Even though they are in contrast to each other at the beginning of the series, she is willing to work with him to escape Laminitis-1.

The featurette sees Di Martino, Tom Hiddleston, and director Kate Herron as they discuss the character Sylvie, and tease more surprises and mischief coming from the new character. Sylvie’s childhood in Asgard was noticed in a flashback scene in a clip that will be premiered in the upcoming weeks. “The universe wants to break free so it manifests chaos, like me,” says Sylvie in the video. Di Martino says, “The audience will be intrigued by Sylvie’s arc and the backstory” of the character.

In the featurette, Sylvie asks Tom, God of Mischief, “What makes a Loki, well, Loki?” He responds, “Independence, authority, style.”

Disney+ Hotstar streams Loki in India. Loki is a six-episode series featuring Tom Hiddleston as Loki. This series which is helmed by Kate Herron and written by Michael Waldron starts after the Avengers: Endgame. The other characters in the series are portrayed by Owen Wilson, Gugu Mbatha-Raw, Sophia Di Martino, Wunmi Mosaku, and Richard E. Grant.

Do not forget to check out this space for more interesting updates.