Ashley Greene and Paul Khoury are going to be parents! They are all set to expand their family. The pair announced the big news on March 25, 2022, via social media. 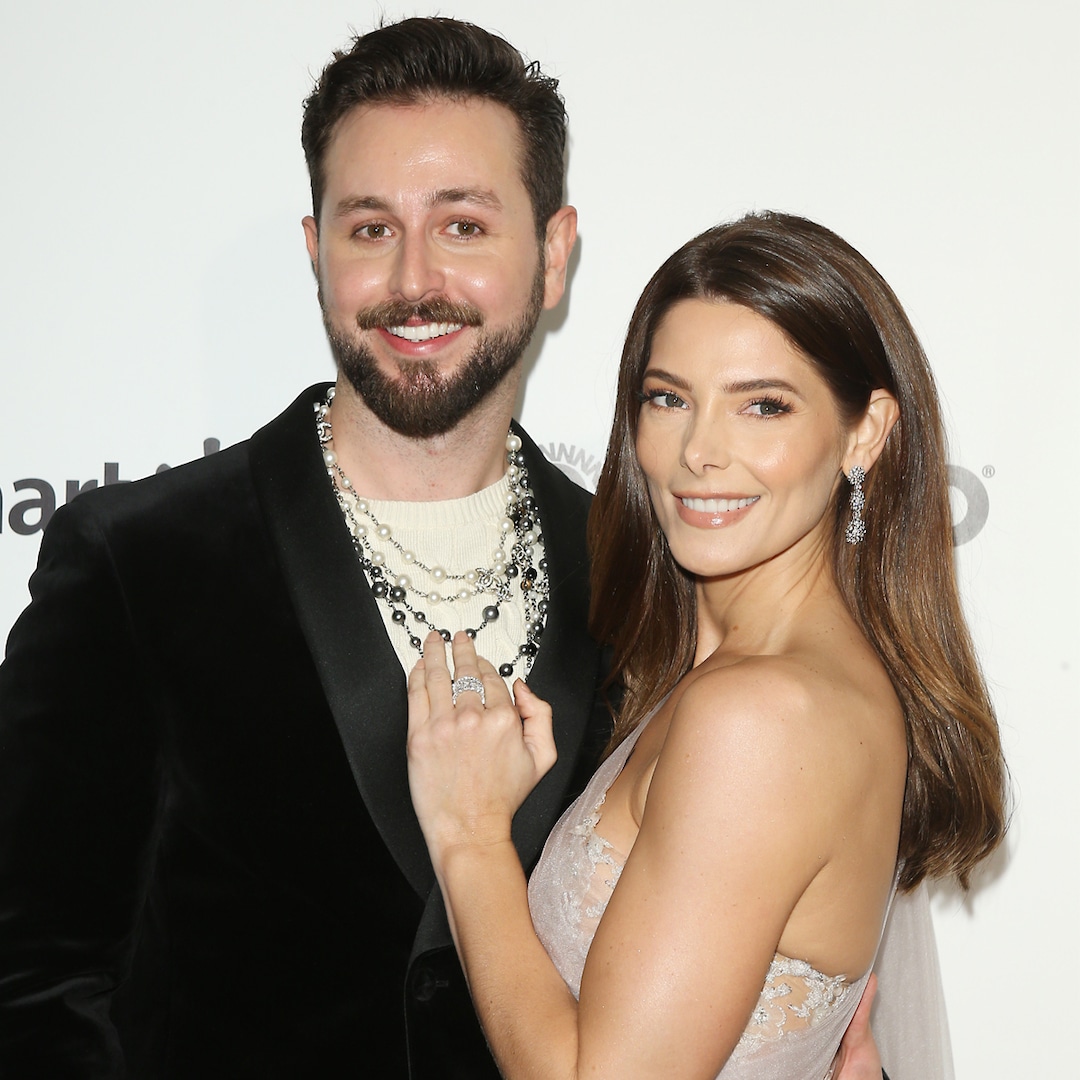 The actress’s representative said, “The couple is over-the-moon with excitement about expecting their first child together.” We are sure that they are going to be great parents in the future.

The Twilight Effect podcast host took to her Instagram to share the huge news with her fans all over the world. She shared a couple of black and white pictures of herself and Paul on the social media platform.

“I love you more than I’ve ever loved anything and somehow my heart just keeps expanding to love you EVEN more. I cannot wait to watch you share your light, love, and passion with our baby,” she captioned the post.

In the pictures shared by the star, we can see her and Paul overwhelmed with happiness. When we look at the pictures they emit nothing but happy feelings. Greene can be seen holding a snap of the ultrasound of their yet-to-be-born child in the first two photos.
She posted another cute picture of the duo in which Ashley is on Paul’s back and he has the snap of ultrasound in his hand. We must say, these two look very beautiful together. 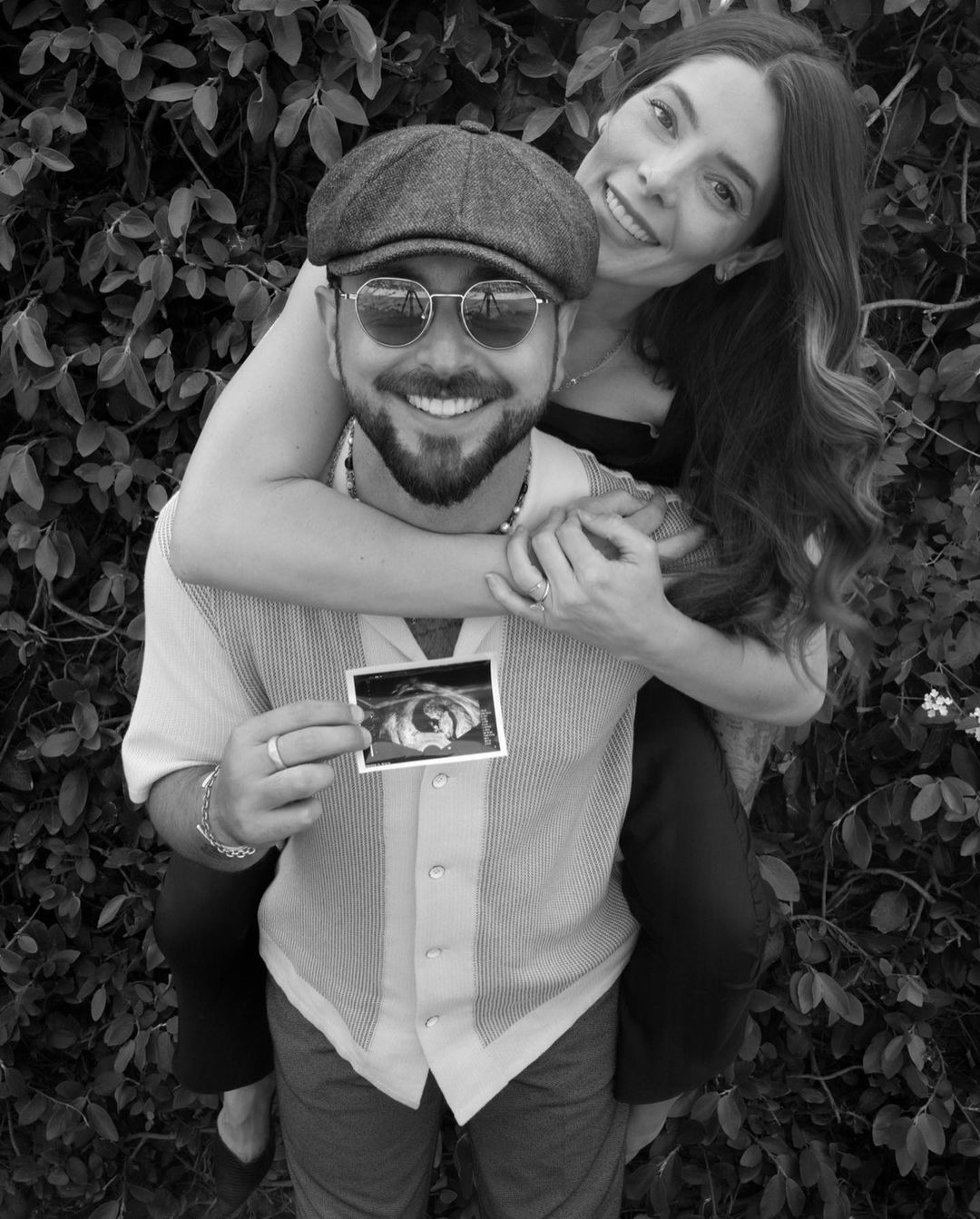 Paul also posted multiple photos of himself and Ashley to share the news that they are expecting a baby. The duo is going to enter a new phase of their life and we can’t be happier for them.

He wrote, “I find it so amazing that we can make life through love. I’ve never been more in love with you and I’m so ready for this next chapter in our lives. Thank you giving me the best gift in the world @ashleygreene 👼” 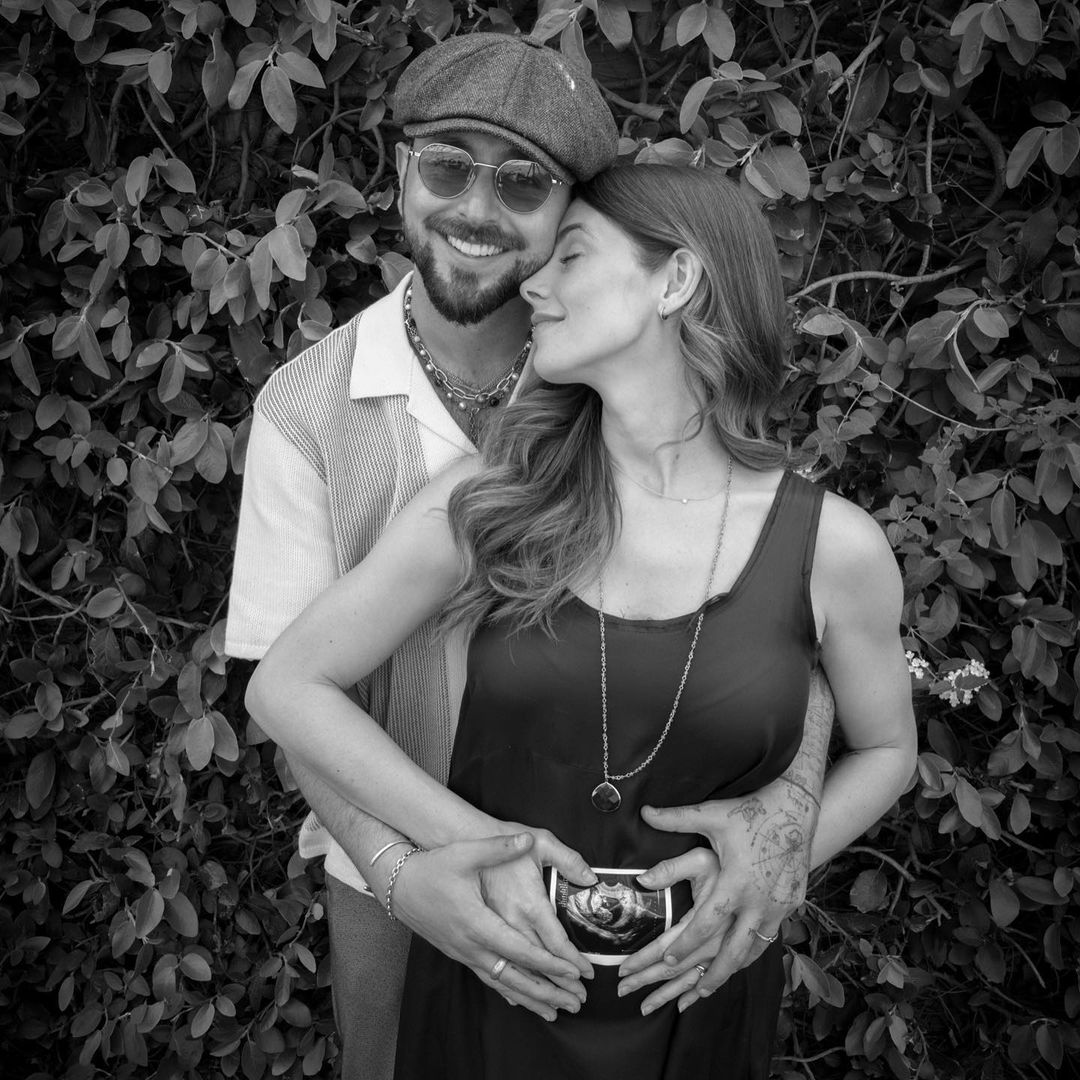 All we know about Paul Khoury

Khoury is a Lebanese and Australian television personality, musician, and actor. Previously, he was in a Melbourne band called Gravel, he played the role of bass guitarist in the band. He stepped into the world of entertainment in the early 2000s.

In the year 2002, Asian women’s magazine Cleo honored him with the Bachelor of the Year award. From that day forward, he worked on many projects as a commentator and co-host.

In the past, Paul has been a part of shows like Blue Heelers, Fox8’s Crown Australian Celebrity Poker Challenge, Seven Network’s Miss World Australia. He also played the role of announcer for Bert’s Family Feud on the Nine Network.

After a while, he hosted an international series named Coffee Lovers Guide to History. He was also the lead presenter of the show Asia Pacific Poker Tour. Following this, he got many offers to host poker events.

Paul is also an entrepreneur

Yes, you heard it right, Khoury is a talented individual. He stepped into the world of business as well. He is an entrepreneur. He co-founded an NFT collection firm named Fridgits with his wife Ashley. 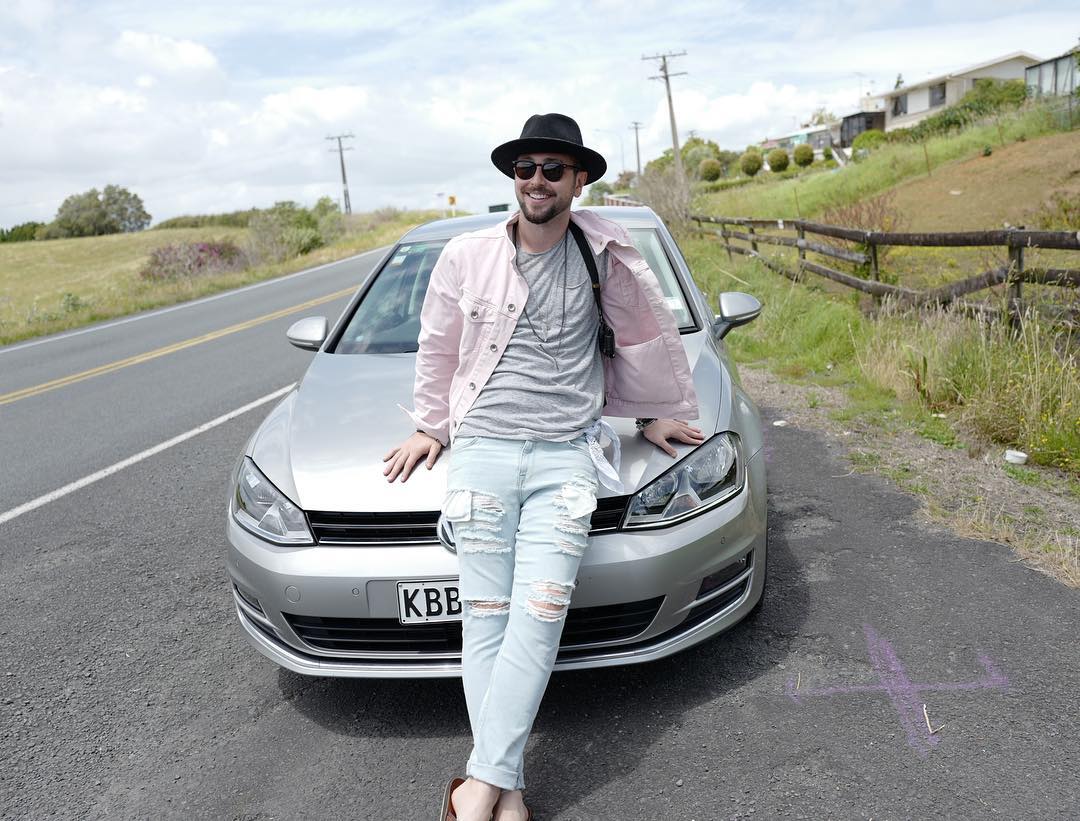 As per his IMDb profile, to date, he has also directed and produced a few of his short films. He wore the director’s cap in the year 2016 for a movie called Darkness. The movie was full of horror, sci-fi, and thriller elements.

How did Paul and Ashley feel about becoming parents?

During an interaction with People, Greene said, “My husband and I are both kind of like, it’s going to happen. And trust me, we’re at the point where both of our parents are hinting, and they’re like, ‘Okay, we’re ready. You guys have been married a couple of years now.’ ” 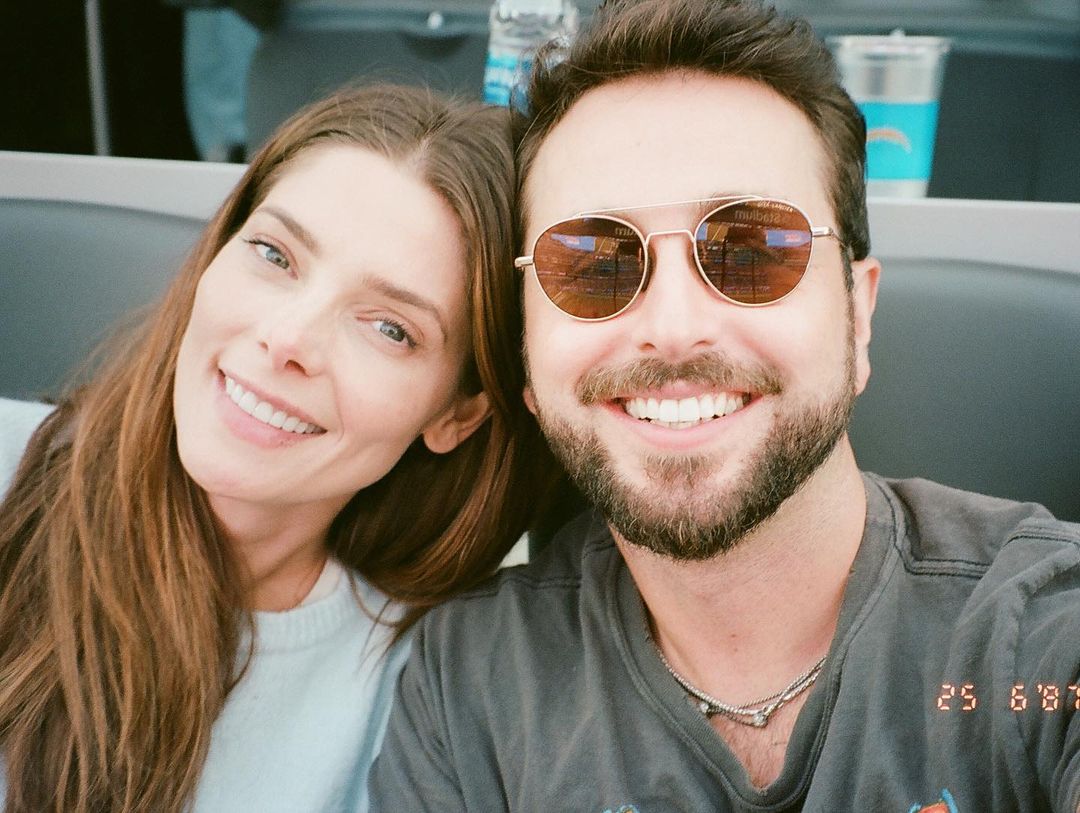 The Twilight actress stated when the time is right, she and Khoury, “can’t wait to be parents.”  She further added, “It’s just one of those things where it’s where our lives are in hyper-speed sometimes. And so [it’s about] finding that moment.”

Khoury put a ring on Ashley’s finger in 2016

Khoury proposed to the love of his life in December 2016 at the bottom of Bridal Veil Falls during a vacation to Australia and New Zealand. He went down on one knee to propose to Ashley. That looks like a dream proposal to us. She posted the footage of the pair’s proposal on social media as well.

“This is the most beautiful moment I could have ever hoped for. You’ve successfully made me the happiest, luckiest woman alive. I can’t wait to show you my unfaltering immeasurable love for the rest of our lives.” #engaged #💍 #loveofmylife #futurehusband, Ashley captioned the post.

When did the duo get married?

The lovebirds tied the knot in July 2018 with a beautiful ceremony in San Jose, California. As per a close source, the couple came up with a fun way to decide who out of the two will say their vows first. Imagine playing the game of rock-paper-scissors on your wedding day. It seems like a lot of fun to us.

In August 2018, Greene took to her Instagram and shared with all her fans that she is not a single woman anymore. “One month ago I️ married my best friend and life partner. I️ didn’t know it could get any better, but it has my love. Thank you for your unconditional love and affection. Waking up to your smiling face every morning is more than I️ could ever ask for. I️ love you. (This much!!)”, she captioned the post.

The source further added, “The ceremony was beautiful. Paul and Ashley [played] rock-paper-scissors to decide who would say their vows first during the ceremony. Ashley ended up ‘losing’ and went first.”

Source continued, “They wrote their own vows. It was very emotional and there were definitely some tears.” The two went to Hawaii for their honeymoon. Paul and Ashley make for one good-looking couple. We can’t wait to meet baby Greene Khoury soon. We know one thing for sure their little one is going to be a true fashion baby. Don’t forget to stay connected to us with the latest updates from the world of showbiz.