Fans aren’t able to get over Kendrick Lamar’s comeback single and video in “The Heart Part 5”. The reason is not just his epic rapping style, but the fact that K-Dot has paid tribute to the late Nipsey Hussle as his face transforms into a deep fake of Nipsey in this new video. Read on to know who was Nipsey Hussle.

Who was Nipsey Hussle? 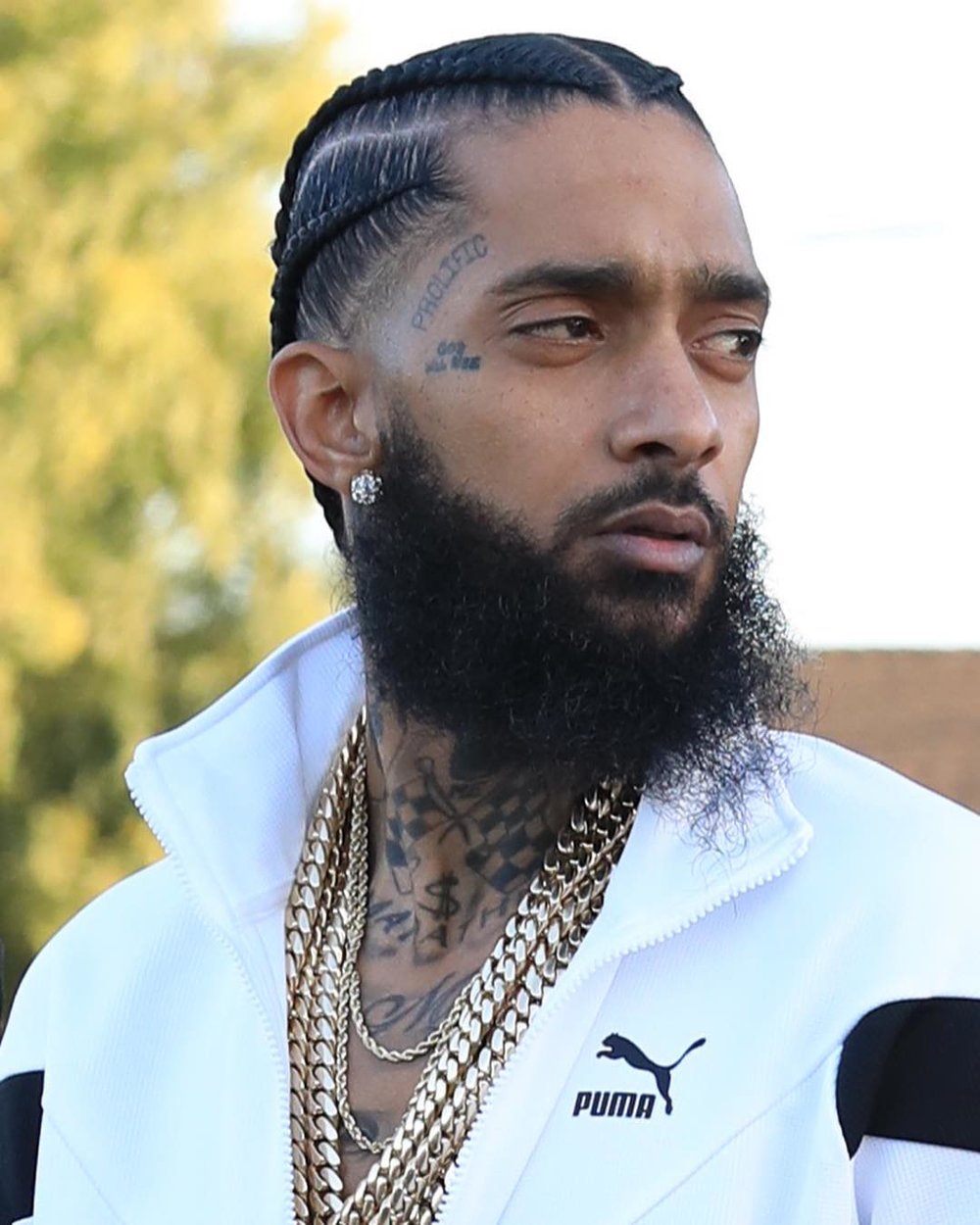 Airmiess Joseph Asghedom, who went by the name Nipsey Hussle was an American rapper. He was born in Crenshaw, Los Angeles, California. He attended the Alexander Hamilton High School but dropped out before graduating.

Nipsey left home at the age of 14 and joined the local Rollin 60’s Neighborhood Crips, a street gang based in LA. A ray of hope came for the rapper as he joined Buttervision, a creative multi-media Digital Guerrilla movement led by Dexter Browne.

He became a part of the BV Boys Sampler, Beats & Babes Vol. 1 DVD, and Shades of Butter Vol. 1 DVD. At Buttervision, he got his name “Nipsey Hussle” and completed the recording for his debut mixtape Slauson Boy Volume 1.

As an entrepreneur, Nipsey Hussle inaugurated the Marathon Clothing store, which he founded along with partners Carless, the head of the agency, Karen Civil, and his brother Samiel Asghedom in 2017. He started a co-working space called “Vector 90”. Nipsey’s music career spanned from 2010 to 2019 until his murder on March 31, 2019. Nipsey was fatally shot outside his store in South Los Angeles. Eric Holder, a 29-year-old man who confronted Hussle earlier that day, was arrested and charged with murder on April 2, 2019. He was 33-years-old at the time of his death.

Nipsey Hussle became famous for his numerous mixtapes like Bullets Ain’t Got No Name series, The Marathon, The Marathon Continues, and Crenshaw, the last of which American rapper Jay-Z bought 100 copies for $100 each.

Nipsey’s last album “Victory Lap” was released in 2018 and received a huge success. The album was nominated at the 61st Grammy Awards in 2019. However, Nipsey was shot before receiving his two Grammys.

However, Nipsey was posthumously awarded two Grammy Awards for the songs “Higher” and “Racks in the Middle” in the categories “Best Rap/Sung Performance and “Best Rap Performance” at the 2020 Grammy Awards. In 2019, Barack Obama honoured the music, life and legacy of Nipsey in an open letter which he read during the memorial service of the highly talented rapper with a heavy heart. It read as under:

“I’ve never meet Nipsey, but I’ve heard his music through my daughters, and after his passing I had the chance to learn more about his transformation and his community work. While most folks look at the Crenshaw neighborhood where he grew up and only see gangs, bullets and despair, Nipsey saw potential. He saw hope. He saw a community that even through its flaws taught him to always keep going. He choice to invest in that community rather than to ignore it. He set an example for young people to follow and is a legacy worth of celebration. I hope his memory inspires more good work in Crenshaw and communities like it. Michelle and I send our sympathies to Lauren, Emani, Kross and his while family and to all those who love Nipsey.”

K-Dot’s new song “The Heart Part 5” samples Marvin Gaye’s 1976 classic “I Want You”. However, in the second half of the third verse, the 34-year-old rapper pays tribute to Nipsey Hussle who was murdered on the day Kendrick was performing in Argentina. He raps:

-Kendrick Lamar rapping from the perspective of Nipsey Hussle talking to the man who shot him. Chills.

Kendrick Lamar never miss bruh
The Nipsey part in the video had me like: pic.twitter.com/uAzXHvy9rv

that Nipsey part was fire ……. kudos to Kendrick lamar … https://t.co/07ptZnfJOh

Kendrick then leaves a message to Nip’s killer by telling his fans that,  “the killer that sped up my demise, but his “soul is in question.” He further raps: “I seen the pain in your pupil when that trigger had squeezed,” K-Dot spits. “And though you did me gruesome, I was surely relieved. I completed my mission, wasn’t ready to leave. But fulfilled my days, my Creator was pleased.”

“The Heart Part 5” video also contains a moment when his face changes into a deep fake of Nipsey. Kendrick has rapped from the perspective of Nipsey and fans are just loving this new single. Did you hear it? If not, tune in now.
Share
Facebook
Twitter
Pinterest
WhatsApp