Comedian Nikki Glazer is out with a new show “Welcome Home Nikki Glaser” that premiered on E! on Sunday, May 1, at 10 p.m. ET/PT. The series brings back the former host of “FBoy Island” to her hometown of St. Louis. Read on to know more about this vibrant comedian and her new series. Who is Nikki Glaser?

Nikki Glaser is not just a stand-up comedian! The 37-year-old American is an actress, podcast host, radio host and television host. Recall the 2016 television series “Not Safe with Nikki Glaser” that aired on Comedy Central? Well, that’s our girl in the new show “Welcome Home Nikki Glaser”.

Glaser was born in Cincinnati, Ohio and has German and Irish ancestry. She spent most of her childhood in St. Louis, Missouri, and graduated from Kirkwood High School. She attended the Univesity of Colorado Boulder and the University of Kansas with a degree in English Literature. 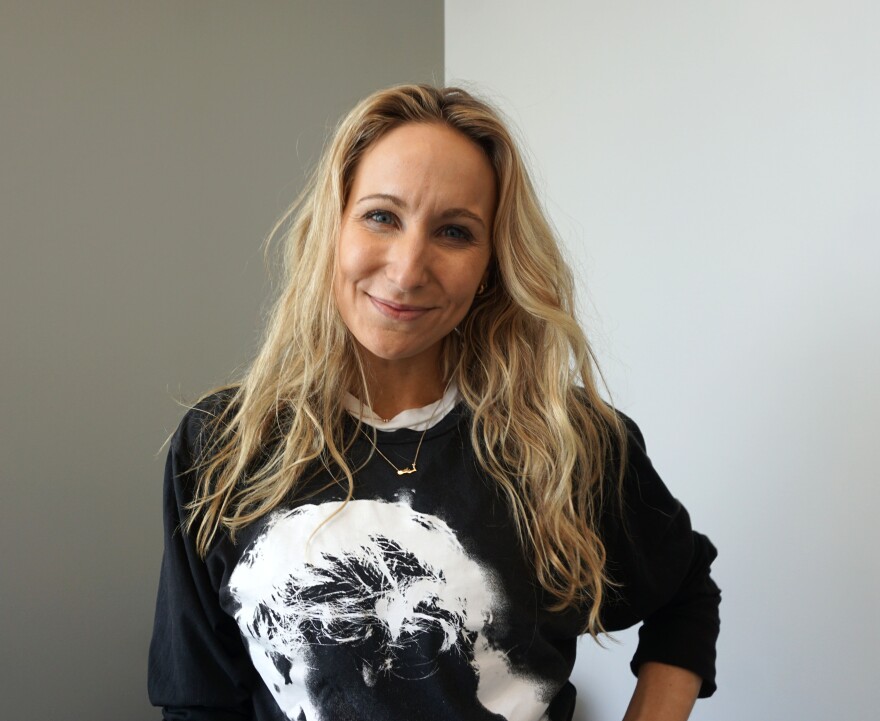 Nikki started performing stand-up at the age of 18. She scripted her jokes in college and once revealed in an interview that “I remember it. I was a freshman in college and everyone in my dorm took over the cafeteria as like a study hall.”

She added, “I went in there and instead of studying I just looked at them, judged them and tried to think, ‘What would Sarah Silverman say about these people?’ I didn’t know how to write jokes—I just knew the stand-ups I knew. I wrote from the perspective of my favourite stand-ups because I didn’t know what my perspective was yet.”

Glaser started getting recognition for her crisp stand-up content and went on performing sets on The Tonight Show with Jay Leno, Conan and Last Comic Standing. Some of her best stand-ups include “Perfect” which aired on Comedy Central in 2016 and “Bangin” (2019) on Netflix.

Nikki Glaser hosted her first podcast “You Had To Be There” with comedian Sara Schaefer. In 2013, she performed on a radio show “The Debaters”, debating the “Early to Bed” adage. She also appeared on   Giant Bomb’s “Danswers” podcast wherein she talked about subjects such as her experience with co-host Dan Ryckert at college.

Nikki’s other podcast appearances include We Know Nothing with Phil Hanley and roommate/musician Anya Marina, “Not Safe” with Dan St. Germain and Brian Frange, You Up? With Nikki Glaser” and “The Joe Rogan Experience”. The Nikki Glaser Podcast that came out last year was co-hosted by fellow stand-up comedian Andrew Collin.

After making success with her podcast and radio shows, Nikki appeared on “Nikki & Sara Live”, a weekly television series on MTV. She also appeared in the pilot episode of Those Who Can’t, a series by Amazin Studios.

Nikki’s other television shows include “Money from Strangers, “Awkward. After Show. You’re Welcome” and “Failosophy”, “Not Safe with Nikki Glaser”, “Comedy Central Roast” and “Dancing with The Stars” and “FBoy Island”.

She also appeared on a celebrity rap battle show “Drop the Mic” wherein she competed against comedian Brad Williams and won the battle. Nikki hosted “Blind Date in 2019. She also appeared as a panelist on “To Tell the Truth” alongside Joe McHale, and Vivica A. Fox and Oliver Hudson.

The series has glimpses of comedy of errors as Nikki struggles to find love. Despite coming back to her hometown St. Louis, Missouri, she continues to hustle for stardom. Nikki continues to test the waters as a musician and often involves her parents in her professional sphere.

No matter what, Nikki stays grounded by her friends and family who still treat her as the same old Nikki from St. Louis. FYI, Nikki struggled for a long time with nicotine addiction but has remained sober since 2012.

The good news is that Nikki’s ex-boyfriend Chris Convy who is a Hollywood producer and writer is also there on the new series. The last time Chris and Nikki worked together was on her 2016 Comedy Central talk show “Not Safe with Nikki Glaser”. Now, the two might get a chance to reignite their romance.

The new series is available on Channel E! You can watch it on DirectTV Stream and FuboTV (it is offering a free trial). Nikki Glaser is quirky and full of humour when it comes to stand-up comedy. I am sure this series is going to be your next favourite. What do you think?