Who is Lewis Dodgson? All About ‘Jurassic World Dominion’s Villain What is the movie ‘Jurassic World Dominion’ all about?

For those of you who are unversed, let us tell you that Jurassic World Dominion is a sci-fi drama that is based on a story by Trevorrow and Derek Connolly. It is the sequel to  Jurassic World: Fallen Kingdom (2018).

The action film is the sixth installment of the hit franchise Jurassic World. It is directed by Colin Trevorrow, and the script of the film has been penned down by Trevorrow and Emily Carmichael.

The star cast of the movie is phenomenal. Many stars including Chris Pratt, Bryce Dallas Howard, Laura Dern, Jeff Goldblum, Sam Neill, BD Wong, Omar Sy, Isabella Sermon, Justice Smith, and Daniella Pineda will be seen reprising their roles from the previous films in the franchise.

Who is Lewis Dodgson in ‘Jurassic World Dominion’?

Lewis Dodgson is the CEO of Biosyn in Jurassic World Dominion. Biosyn is the long-standing rival of John Hammond’s company, InGen and it has spent many decades implementing shady methods to catch up on the dinosaur front.

Dodgson is the main antagonist of the Jurassic World Dominion. He was first introduced in the very first Jurassic Park movie where he is spotted bribing disgruntled computer scientist Dennis Nedry to steal dinosaur embryos for Biosyn, using a shaving foam can to smuggle out the illicit cargo. In the sequel novel of Michael Crichton, The Lost World, Dodgson comes back as the chief antagonist, but this was changed for the film adaptation.

Otherwise, the fans of the franchise would have to wait for nearly 29 years for Lewis Dodgson’s on-screen return in Dominion as he appears as the CEO of Biosyn and plans to use giant locusts from the Cretaceous period to devour global crop supplies to keep Biosyn the dominant force.

Dodgson is portrayed by a new actor in ‘Jurassic World Dominion’

Yes, you heard it right. Previously, in the original Jurassic Park, Dodgson was played by actor Cameron Thor who was convicted of sex offences in the year 2015. Due to this, recasting for the role was done and Campbell Scott bagged the role, he will be seen taking up the role in the final installment of the Jurassic World trilogy.

Scott is best known for his performances in The Amazing Spider-Man 1 & 2 as Richard Parker, House of Cards, Damages as well as the films Rodger Dodger, Singles and Big Night. 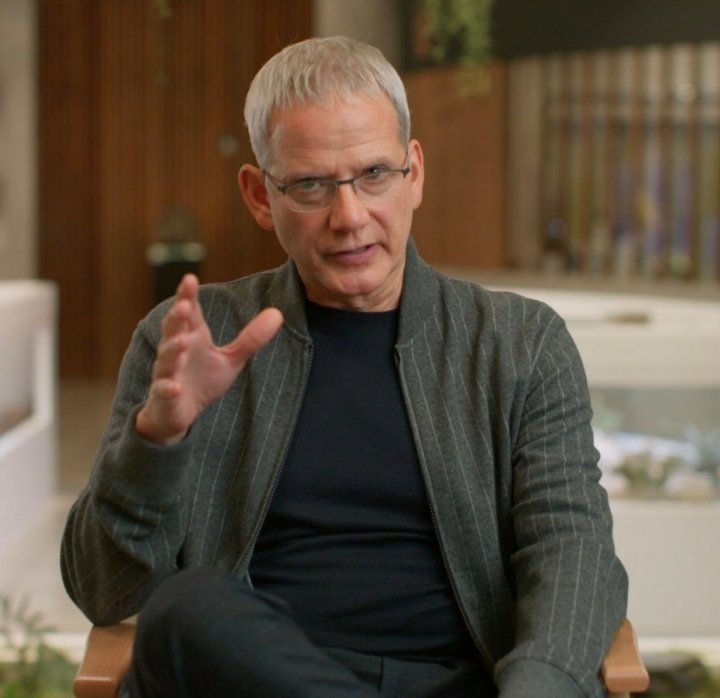 Have you seen the movie Jurassic World Dominion? If yes, then kindly let us know how did you like it in the comments section below, and if you haven’t then what are waiting for go watch it now in the theatre near you. Don’t forget to stay tuned with us for the latest updates from the world of showbiz.