Who is Keely Shaye Smith? Everything To Know About Pierce Brosnan’s Wife

Keely Shaye Smith is an actor, model, television presenter, and author. She has been a part of many projects like ‘Norman’s Corner’ (1987), ‘The Opponent’ (1988), and ‘General Hospital’ (1989). In 2017, She even wore the director’s cap for a documentary named ‘Poisoning Paradise.’

Who is Keely Shaye Smith?

Shaye was born on September 25, 1963. Brosnan has acted with many stunning actresses in the industry. But there’s one lady who has been leading his life for the past 20 years. She is Keely Shaye Brosnan. She has been in the limelight forever. 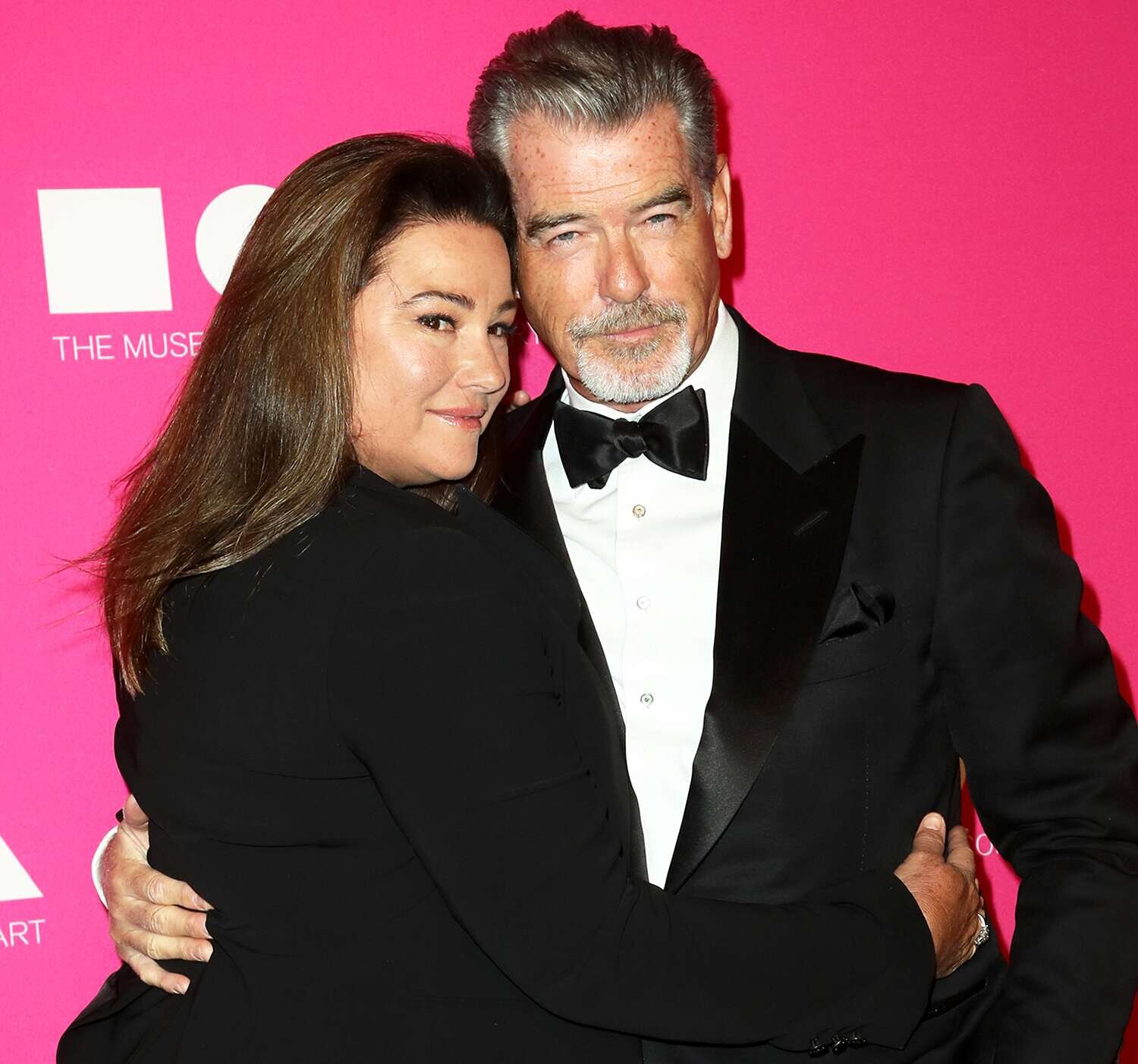 We have witnessed Pierce showering all his love on his better half on social media. The duo still is madly in love with one another. They like to keep their relationship private.

What does Keely Shaye Smith do for a living?

Smith is a journalist by profession. She has also acted and modeled in the past. Apart from that, she is also an author. She played the role of both an environmental correspondent for ABC’s ‘The Home Show’. She has also been a gardening expert for ABC’s ‘Good Morning America’. 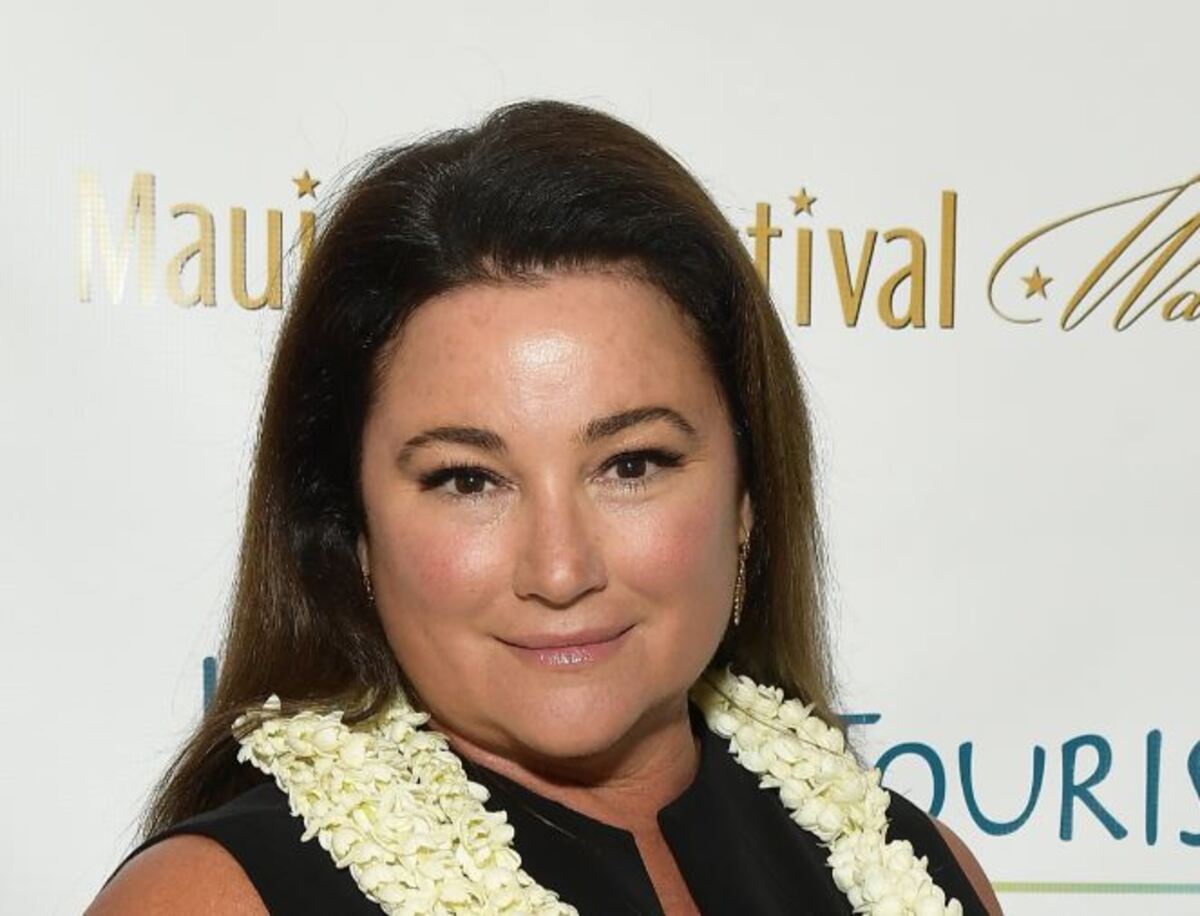 Keely also appeared as an entertainment correspondent for ‘Entertainment Tonight’ and ‘Today Show’. She essayed the role of Valerie Freeman in season 1 of the show ‘General Hospital.

Has Keely done a music video?

Yes, she starred in a music video of a song called ‘Stuck With You’, Huey Lewis was cast alongside her. The song received love from the fans and it stayed at the number 1 spot on Billboard Hot 100 list. It trended on the position for three consecutive weeks from September 20 to October 10, 1986.

Where did Keely meet Brosnan?

Keely and Pierce met at a beach party in 1994 in Mexico. She was present there to take an interview of ‘Cheers’ actor Ted Danson. When Brosnan and Keely talked for the first time it was like they hit it off instantly. 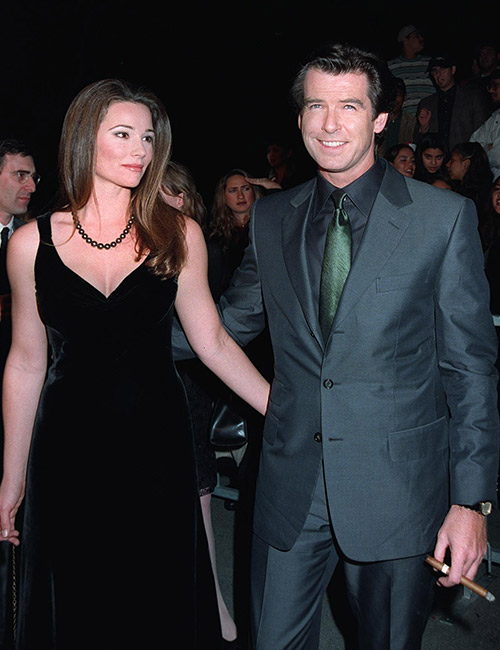 In an interaction with the media, the 59-year-old said, “He was captivating. Tall, dark, and handsome. Everything that everybody would immediately be attracted to. He had a mischievous sparkle in his eyes.”

When did Keely and Pierce say, “I do”?

The two got married after dating for a couple of years. They said their vows in 2001. Their wedding took place in Pierce’s native Ireland at Ballintubber Abbey in County Mayo.
Keely and Brosnan tied the knot in front of 100 guests. 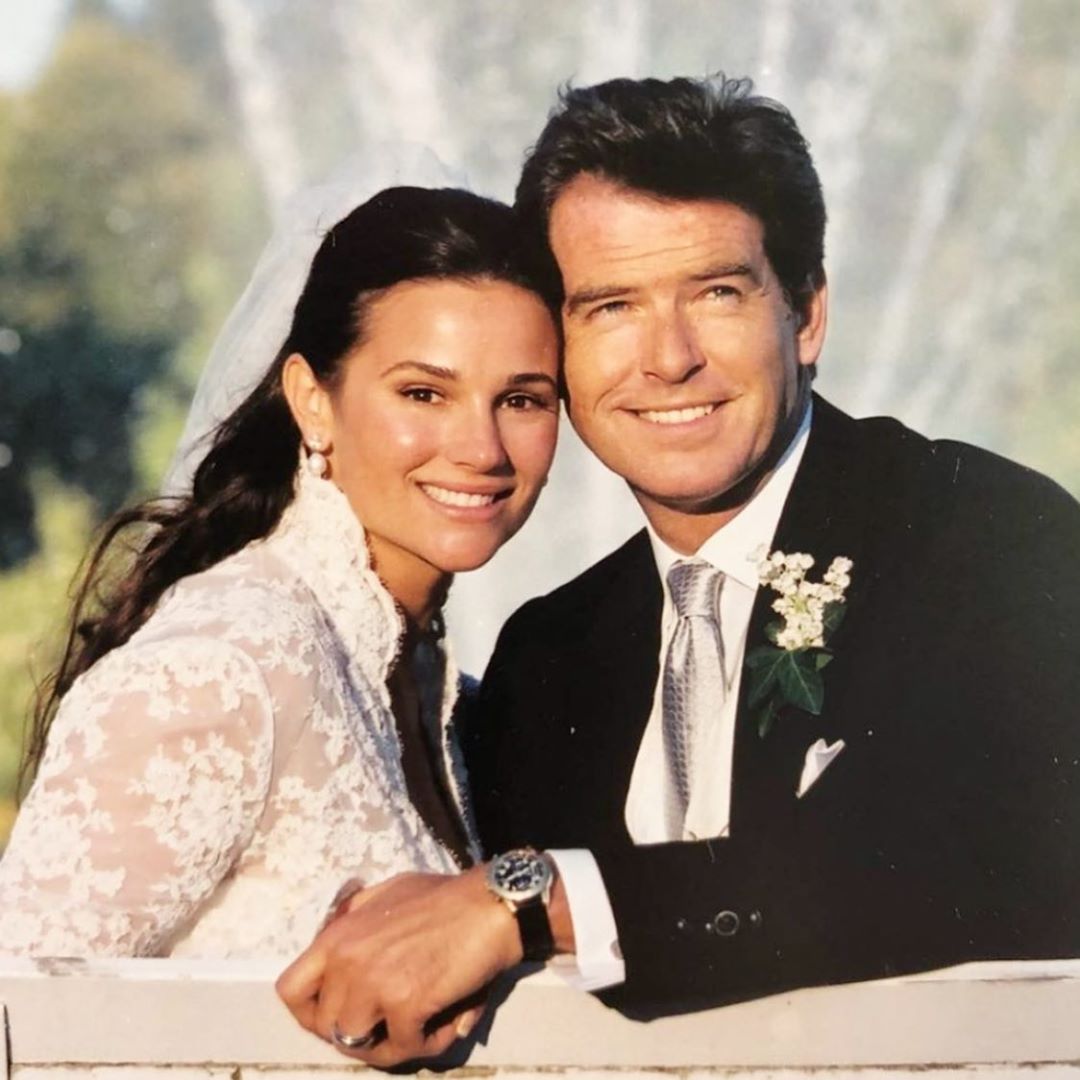 The most special day of their lives was covered by Hello. Their wedding was a grand party in itself packed with lots of beautiful moments. There was a seven-tier cake and fireworks on display. A special element of their wedding was an elaborate ice sculpture of Rodin’s The Kiss.

What did Brosnan have to say about his wife Keely?

During an interaction with Independent, the actor said, “I love her vitality, her passion. She has this strength that I wouldn’t be able to live without. When Keely looks at me, I go weak.” He further added, “I found a great woman in Keely. Not if I searched a million times over would I find one as good.”

How many kids do Keely and Brosnan have?

The couple shares two kids both sons. They welcomed their first baby in 1997. They named their baby boy Dylan Thomas Brosnan. After this, the pair was blessed with another baby boy Paris Beckett in 2001. 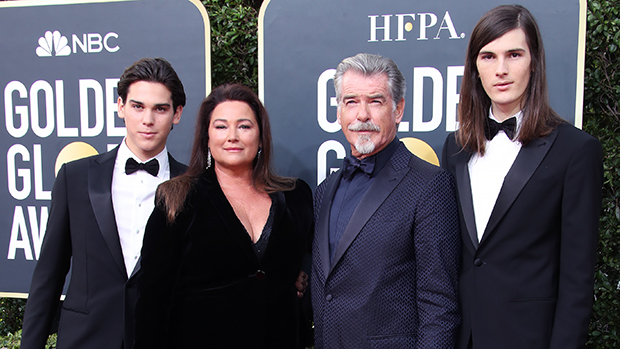 Keely and Brosnan decided to get married six months after the arrival of baby Paris. They said their vows in the same Abbey where their son Paris was christened.

Was Keely again in the spotlight due to her weight gain? 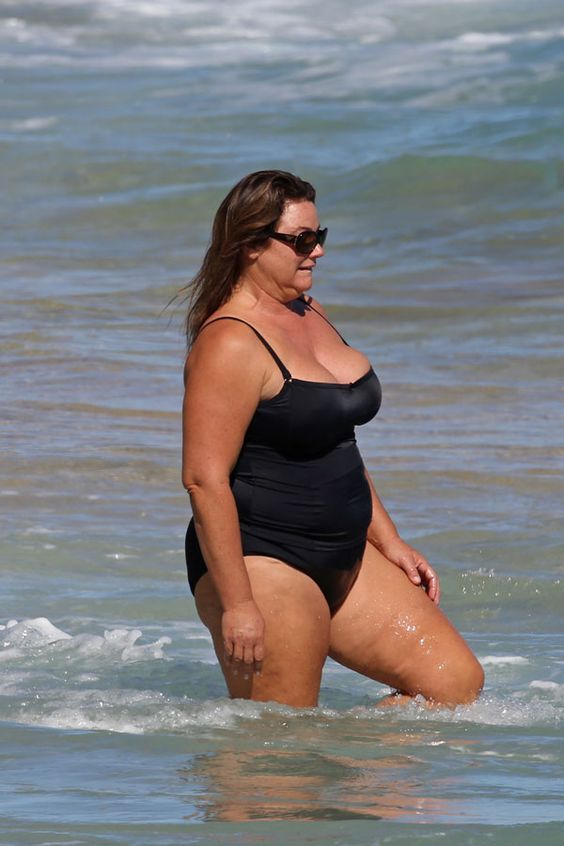 She was in the public eye for most of her life. So we have seen her evolve over the last couple of years. Keely was then also confident in her body. Her weight gain didn’t stop her from rocking a bikini.

The model decided to get back in shape. It was reported that she lost the weight because Pierce wanted her to lose it. Throughout her entire life, Keely had been a strong and independent woman. Being the wife of a popular actor just happens to be another aspect of her life. 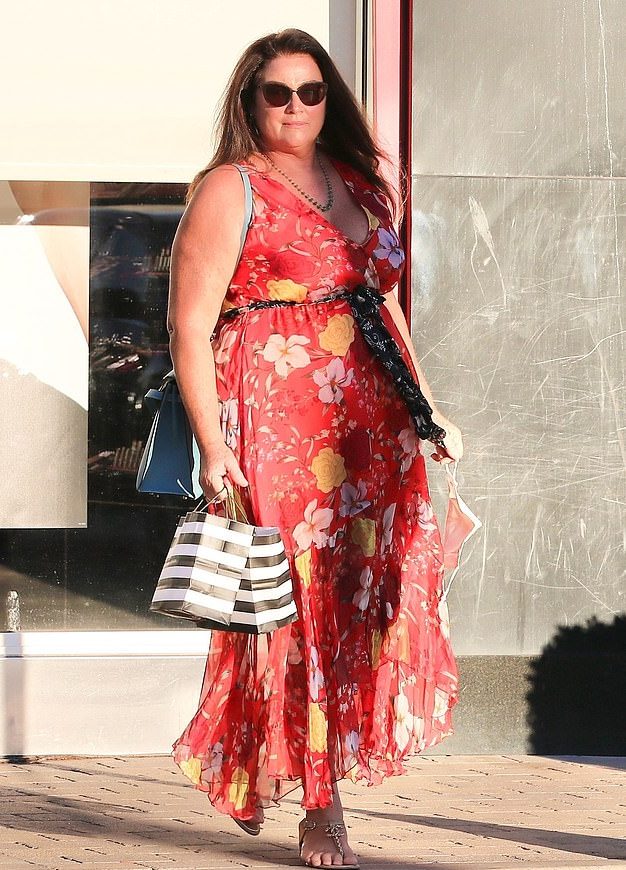 No one gets the power to tell someone what they should do with their body. If a person is happy with their body weight, that’s great. On the other side, if an individual wants to shed a few kilos, that my friend is also fine.

How did the duo celebrate Valentine’s Day this year?

Keely and Pierce were spotted exiting a lavish restaurant in Santa Monica called ‘ Giorgio Baldi’, the couple was there for Valentine’s Day. Mr. Romantic even took to his Instagram to wish his wife a beautiful Valentine’s Day.

“A beautiful St. Valentine’s Day with my love @keelyshayebrosnan at the Immersive Van Gogh Exhibit…kissing Van Gogh, ❤️” he captioned the picture.

In the beautiful post by the ‘James Bond’ actor, we can see Keely holding a bouquet of yellow sunflowers in her hand. Even after 20 years of marriage, the duo looks smitten in love. Brosnan is often seen sharing beautiful posts for his partner on various occasions.

Who was Pierce Brosnan’s ex-wife?

Pierce Brosnan has been married twice. Earlier, the actor was married to Cassandra Harris. Pierce and Harris tied the knot in the year 1980 and then she died in December 1991 due to Cancer. Cassandra was also an actress. 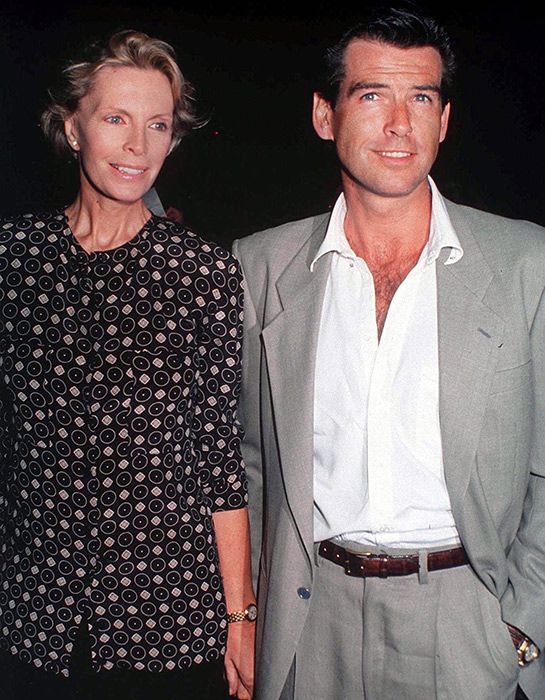 The duo had one son named Sean. Brosnan happily adopted the two kids of Cassandra, Chris, and Charlotte as well. Charlotte also passed away in June 2013. The cause behind her death was ovarian cancer. 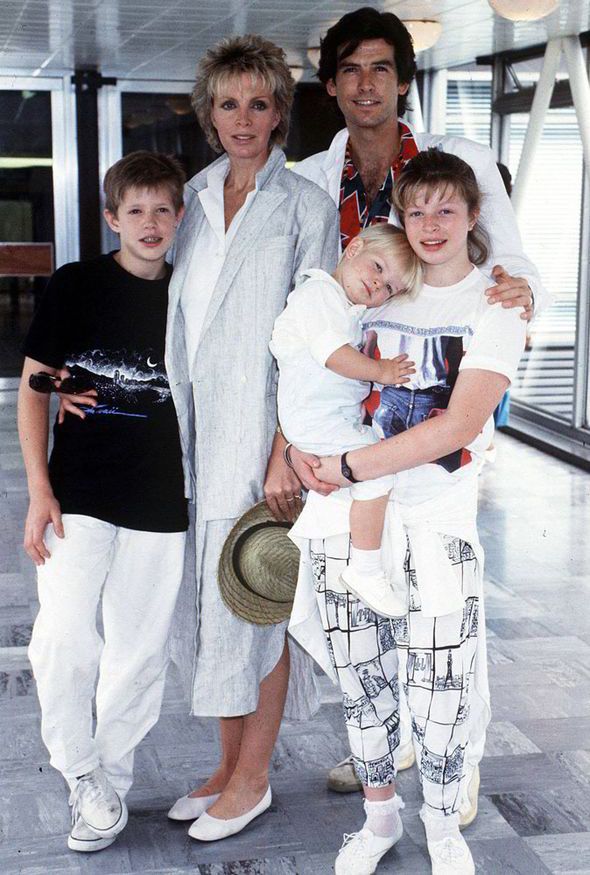 The star has also credited his wife Keely for helping him to heal through hardships. He said, Keely has always been kind and compassionate and encouraged me to mourn Cassie. I think of her all the time. I suppose Keely is my North Star, always looking out for me.”

Their ship has been sailing smoothly since 1994. Keely and Brosnan have cracked the code to a happy and long-lasting marriage. They were recently also spotted on a shopping spree in Malibu. Stay tuned for more updates.