Kathia Woods has come under fire after criticising James Cameron’s “Avatar: The Way Of Water” for cultural appropriation. From the cast’s dressing up, to white people ‘cosplay as people of color’, the entertainment journalist slammed Avatar 2 for being a racist movie. However, she is being trolled and Twitter users are calling her a “woke drone”. Here is all you need to know about this woman. 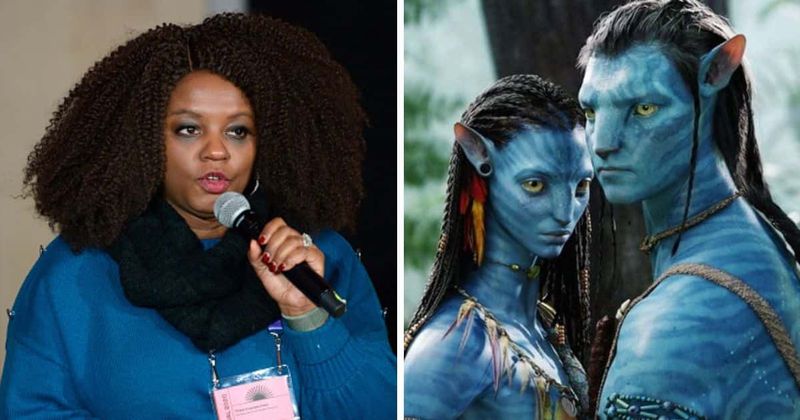 Who Is Kathia Woods? 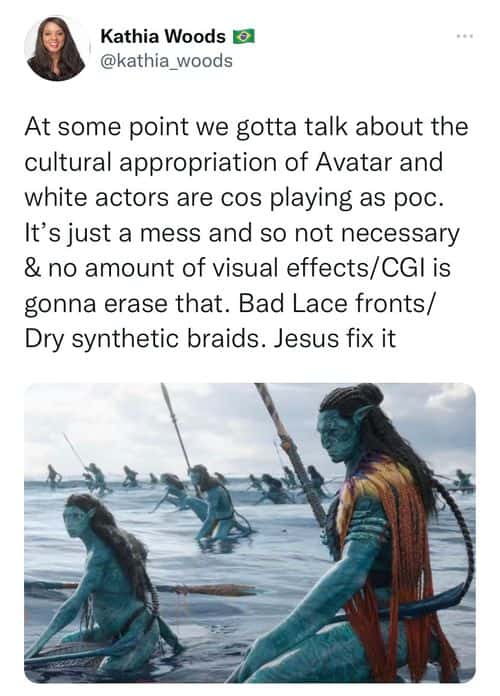 Kathia Woods is a graduate of Temple University. She is an entertainment journalist and freelance film critic. You must have come across the podcast, CupofSoul Show. Well, the podcast is run by Kathia and airs on several streaming platforms. It is focused on discussing pop culture, emphasising “minority creative in cinema and television”.

Kathia’s latest tweet about Avatar 2 has garnered a lot of attention, and of course, a fair share of criticism, which led her to lock her Twitter profile. Accusing James Cameron of cultural appropriation, Kathia tweeted on Monday (Dec. 19):

“At some point, we gotta talk about the cultural appropriation of Avatar and white actors are cosplaying as people of color. It’s just a mess and so not necessary & no amount of visual effects/CGI is going to erase that. Bad lace fronts/dry synthetic braids. Jesus fix it.”

After Kathia turned her profile private, many Twitter users began trolling her by calling the tweet “woke” and accusing Kathia of missing the details. For instance, not noticing the fact that some of the characters played in the movie are Black actors, like Bailey Bass, Cliff Curtis, Zoe Saldana and Laz Alonso.

A user slammed her by tweeting: “@kathia_woods is 100% right! We need real aliens to play aliens. No humans appropriating alien cultures,” and another user wrote: “@kathia_woods seriously? Come on you must know this is ridiculous, right? It’s a sci-fi movie. We know the inspiration behind it, but it doesn’t represent them. These are supposed to be blue aliens; nothing more, nothing less”

@kathia_woods seriously? Come on you must know this is ridiculous, right?
It's a sci-fi movie. We know the inspiration behind it, but it doesn't represent them. These are supposed to be blue aliens; nothing more, nothing less pic.twitter.com/sL7cl7cNLN

Another tweet read: “Really?? @kathia_woods is upset that a made-up society of BLUE people who fly on the backs of made-up animals, in a made-up world is now culturally inappropriate!!! Wow! Left or right, this is sad to be human. I guess worse if ur a blue person not being cast in ur own culture.”

You can never satisfy woke drones like @kathia_woods , they will always find some way to accuse you of being an istphobeismynist. They don’t seek to have racism/isms be gone, they seek to perpetrate it until the other side become the oppressed. Only then will they be satisfied. pic.twitter.com/9BTTkuPj4A

One user even called Kathia a “woke drone” while another tweeted, “At some point, we gotta talk about how wokeness and people like Kathia Woods are ruining the entertainment industry with takes like this. People are so bitter they can’t enjoy a fantasy film and its message. Americans and their rabid race politics infecting the western world.”

As for the movie, “Avatar: The Way of Water,” the long-awaited sequel Cameron’s 2009 movie “Avatar,” officially released on Dec. 16, 2022. While “Avatar” became the highest-grossing film with more than $2.8 billion in global ticket sales, “Avatar 2” may certainly lack that magic, of course, not in terms of “cultural appropriation”. What do you think?