Who is Jack in the Box on ‘The Masked Singer’?

The current television landscape includes a lot of different TV shows, but it is rare for one to become successful without being pegged as a prestige drama. Reality TV shows are cheap to make, but they rarely are as successful. When FOX’s “Masked Singer” premiered last Friday and proved to be a hit TV series, it was no surprise. We’ve seen many reality-based shows and competitions pop up in recent years. But when one looks at the current TV landscape, what’s remarkable is that this show was a predictable next step for reality television.

The Masked Singer has surprisingly become a hit reality show with over 10 million viewers across the globe. Season 7 is making huge hits on the internet for their bizarre costumes and even bizarre guests, so to speak.

The Masked Singer Season 7 dosed out on celebrities shrouded in elaborated costumes. One of the popular appearances making noise on the internet includes Jack in the Box. You may have tried to make out who it could be but we have the answer.

The Masked Singer: What’s the show about?

The American singing competition is based on the Korean format “King of Mask Singer”. The performers are all celebrities who enter the stage in vibrant costumes from head to toe. The contestants’ identities are kept hidden from everyone present at the show including hosts, panelists, audiences and other contestants until they are eliminated in the final round.

To keep the identity of the contestants a secret, you will be shown their ranking and name with an on-screen graphic.

This is the seventh season of the popular American show which has featured some of the greatest stars and celebrities disguised in giant, weird costumes.

Jack in the Box’s Costume

The Masked Singer revealed the most terrifying Jack in the Box costume. The costume is definitely to be categorized under the “Bad”. Jack was covered in a bullock of colourful feathers that was topped with a purple body-hugging suit. Jack was wearing a mask disguised as a bird that had an upside down triangle in the middle of the mask.

This is the 10th costume reveal for the upcoming season. Fans have already taken to the internet to put vague clues together but don’t always get it right.

Jack in the Box threw pretty confusing clues to the judges and the audience about their identity.

His first clue is a commercial for a drive-thru wedding chapel. He rocked the stage with his performance Bad to the Bone” by George Thorogood and the Destroyers. 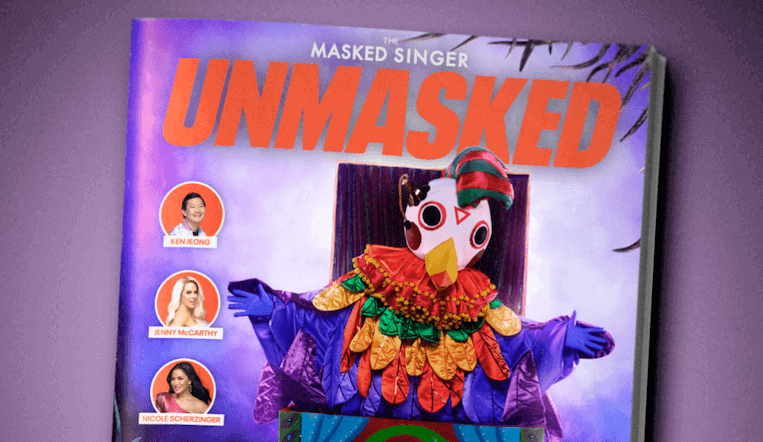 Jack in the box explained his identity by saying, he’s done it over “200 times” and they welcome “all partners,” even goodies and baddies. Clue package included:

Who is Jack in the Box?

After various anticipations from the panel and the audience, the masked singer finally revealed himself. Jack in the Box was concealed by the former New York City mayor, Rudy Giuliani. It was a controversial and shocking reveal as nobody was even thinking of Rudy being the masked singer.

During his reveal, Rudy managed to shock everyone, especially the judges who were stunned after seeing him in the costume.

The reveal was followed by Judge Ken Jeong storming off the stage saying, “I am done”.