Who is Dustin Johnson? Meet Fiancé of Actress Paulina Gretzky

Professional golfer Dustin Johnson and his fiancé Paulina Gretzky are going to marry soon. The couple was engaged for a full decade now. Their fans have been patiently waiting for their wedding announcement all these years (some even assumed that they are already married), which Paulina finally did through her bachelorette party post on Instagram post. 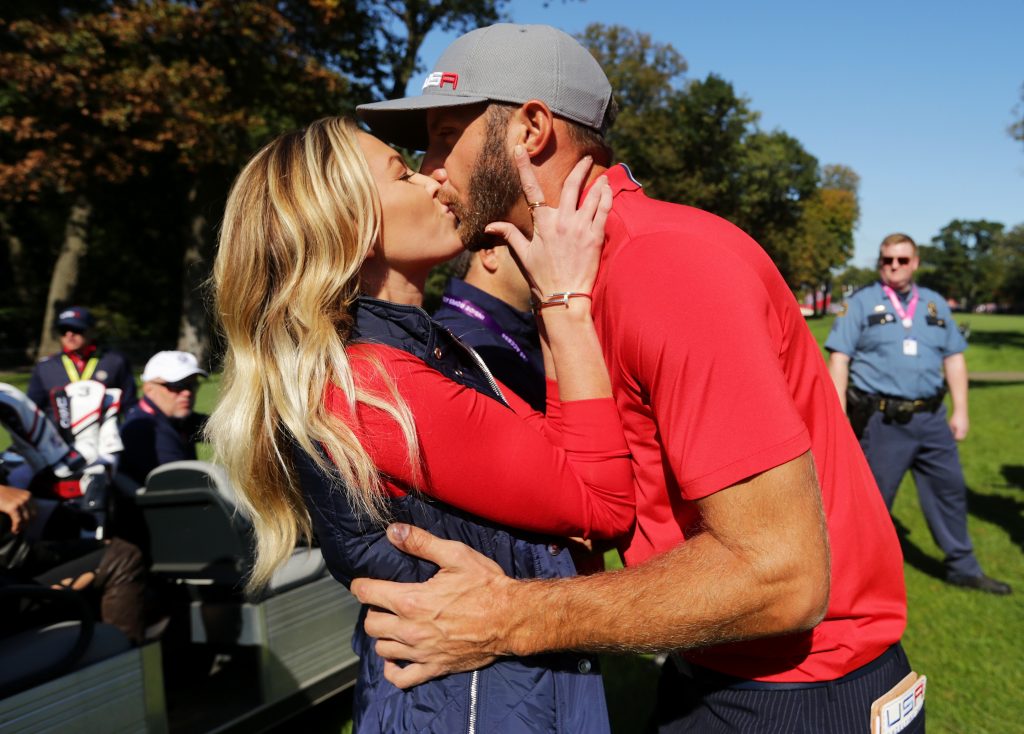 Earlier this week, the Guns, Girls, and Gambling star, Paulina shared a glimpse of her Bachelorette with the caption “P’s Last D.” Her friends were dressed in pink with cowboy hats, while she sports all in white from head to toe.

The couple already sent out the wedding invitation along with gift baskets to their close friends and family a few weeks ago, which will take place in Blackberry Farm, a five-star resort in Walland, Tennessee. 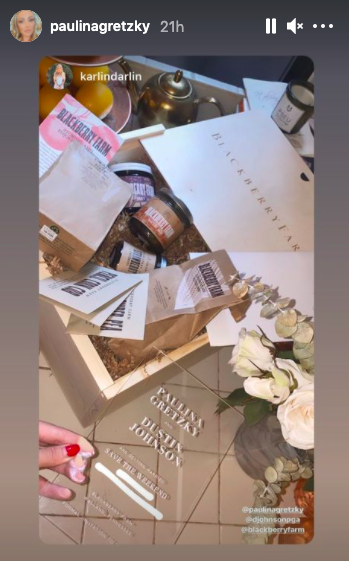 Though the location was revealed in Paulina’s Instagram story, the wedding date was kept hidden for privacy reasons. If you’re wondering who’s Paulina Gretzky soon-to-be-husband Dustin Johnson is and how did they meet. Here’s a quick recap of their relationship timeline.

Dustin Johnson is an American Golf player, who plays on the PGA Tour. He was born on June 22, 1984, and has won two major championships; U.S. Open 2016 with a score of 276 and the 2020 Masters Tournament with a record of 268. The pro golfer was influenced by his father, who was a former all-state football player. He has an estimated net worth of 50 million dollars. 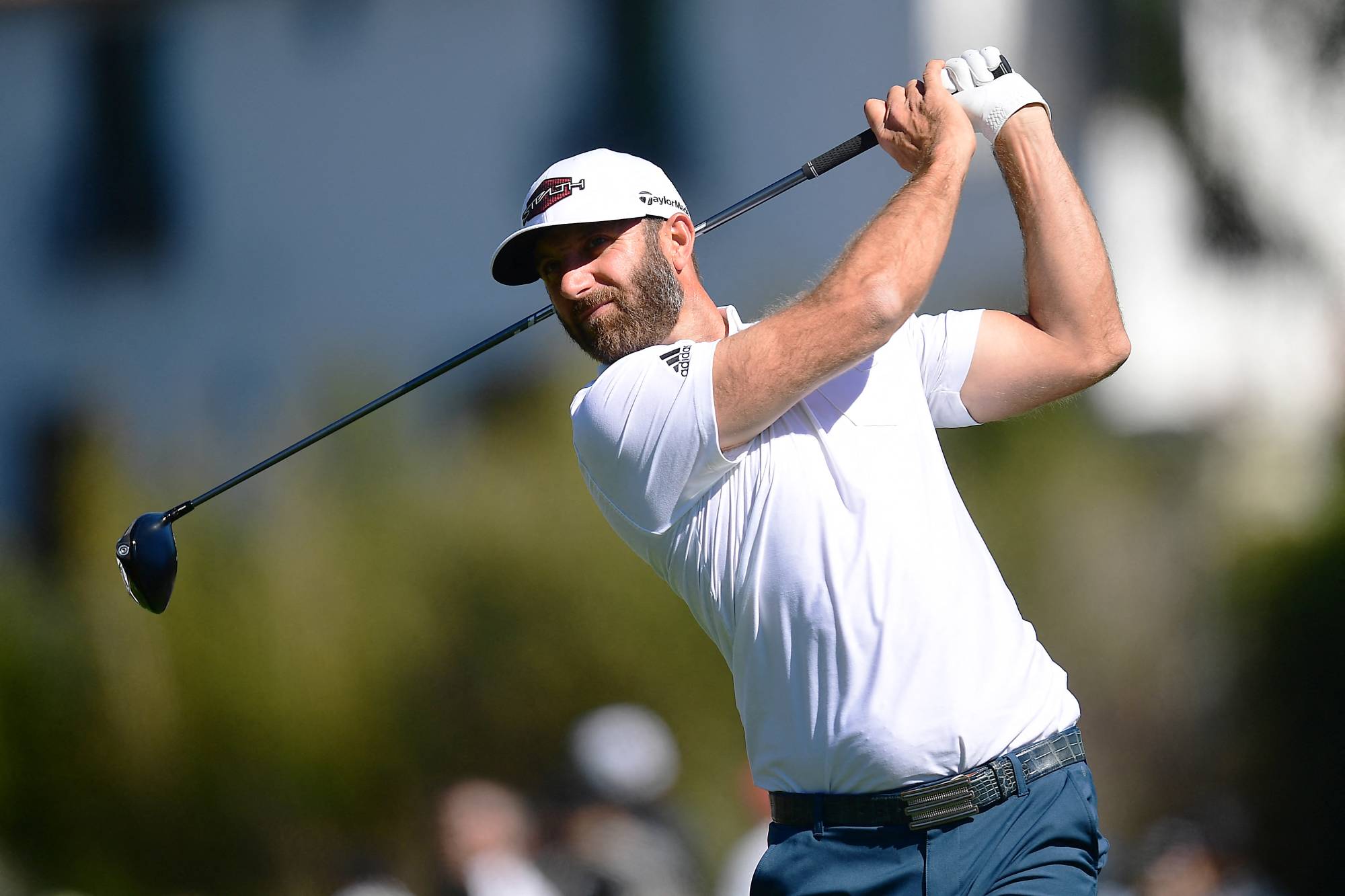 Johnson has been on the spot of World number 1-ranked golfer multiple times from 2017-21. He has majored in Sports Management at Coastal Carolina University and won Monroe Invitational as an amateur back in 2007.

How did they meet?

Dustin met Paulina’s mother Janet at the Hero World Challenge golf tournament in 2009 and subsequently was invited over for a dinner by her parents. According to Gretzky, she looked like a “ragamuffin” during her first meeting at dinner, meanwhile, the Golf champ looked “really cute guy” and an “endearing” “gentleman.” 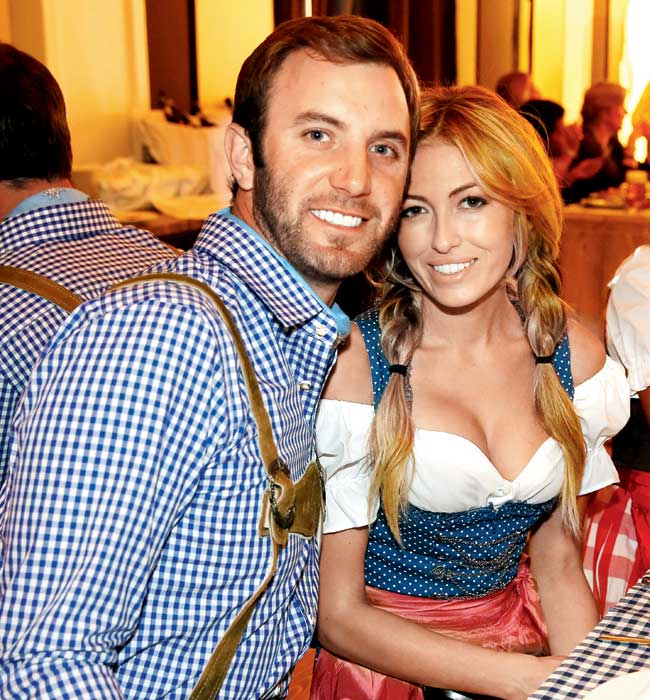 Johnson soon became friends with the rest of the Gretzkys, especially her Paulina brothers.

Though both of them didn’t start dating until 2012 Since both of them were already in relationships with other peeps. The duo met up again at the World Challenge and that’s when Dustin finally asked him out for the first time. But their date was not typical since Paulina’s parents, Janet and Wayne Gretzky, the legendary hockey player also tagged along on their date.

The pair get engaged shortly after that in August 2013. Johnson and pop singer Gretzky shares two sons. The couple welcomed their firstborn Tatum Johnson to the world on January 19, 2015.

While their second baby, River Jones Johnson on June 12, 2017. The couple even shared a golf-themed Instagram post for sex reveal of the baby, where Dustin hit the golf ball, which blew up in blue color representing baby boy. 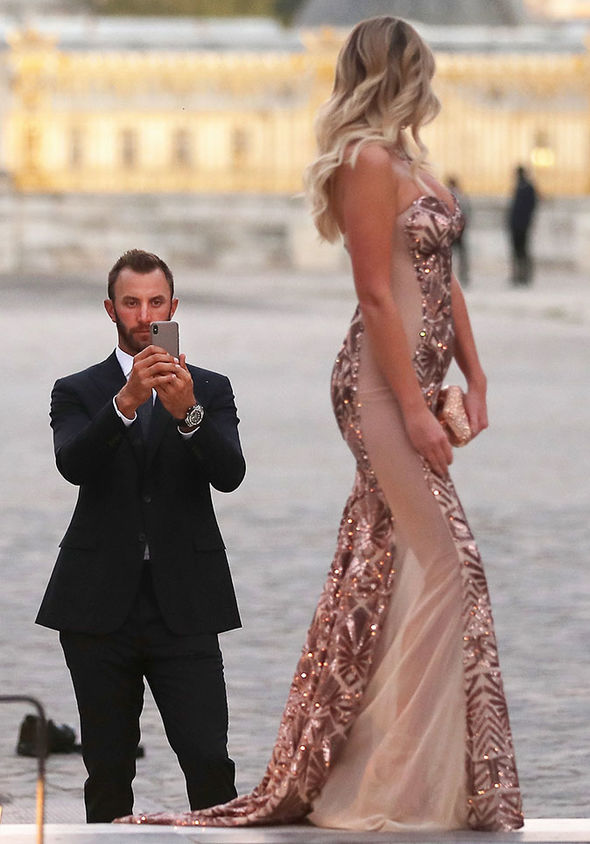 Dustin has called Paulina his biggest supporter and credited her as the reason for his success. In an interview with Golfweek, the pro golf player told, “She’s home with the kids, and has been great with that, and just has been a huge supporter for me, with everything I need to do. She understands everything it takes to get to where you want to be and the sacrifices you have to make. Having her dad as the greatest hockey player, she understands.”

He then added, “You couldn’t ask for a better partner.”

The pair have grown in popularity in both sports world as well as entertainment world past ten years. We can’t wait to see Paulina and Dustin’s weddings pictures.