Who is Diedrich Bader? Meet the Grizzled Narrator from ‘Weird: The Al Yankovic Story’

The movie Weird: The Al Yankovic Story recently dropped on The Roku channel streaming platform on November 4, 2022. And since that time, it has created quite a buzz among the fans on the internet. Many fans are confused and wondering who is the grizzled narrator in the film.

For those of you who are unversed, let us tell you, the film Weird: The Al Yankovic Story is a biopic based on the life story of the parody superstar Alfred Matthew “Weird Al” Yankovic.

What is the movie ‘Weird: The Al Yankovic Story’ all about?

The movie Weird: The Al Yankovic Story is an American biographical parody film that follows the trials and tribulations of superstar Weird Al Yankovic’s life. The movie has been directed by Eric Appel.

The film revolves around the life of American singer, musician, songwriter, record producer, actor, and author, Weird Al Yankovic. He is well-known for making comedy songs that make light of pop culture and often parody specific songs by contemporary musicians.

Weird Al’s chart-topping songs are all about making fun of serious artists and the industry that creates them. Over the years, he has dropped many funny hit songs such as You Don’t Love Me Anymore and One More Minute.

Who is the narrator in the movie ‘Weird: The Al Yankovic Story’?

The movie Weird: The Al Yankovic Story is packed with many musical numbers. It consists of an entire soundtrack of the comedy artist’s music. It also includes an original track named Now You Know.

In the film, Weird: The Al Yankovic Story, during the musical numbers or whenever Daniel Radcliffe speaks, you can hear the voice of Weird Al Yankovic himself, which has led fans to think that Al is also the voice of the narrator. The voice that is known in the movie as ‘Grizzled Narrator’ is provided by none other than Hollywood actor Diedrich Bader. He is best known for his comedy roles in films and TV shows.

Here’s everything you need to know about Diedrich Bader

Diedrich Bader is an actor and comedian who is popular for his comedy roles. He was born on December 24, 1966, in Alexandria, Virginia. His mom Gretta Bader was a sculptor by profession, on the other hand, when we talk about his dad, William B. Bader, he was a foundation executive and political activist.

His patrilineal great-grandfather was Edward L. Bader, who served as the mayor of Atlantic City, New Jersey. When Diedrich was merely two years old, his family shifted to the city of love, Paris. Soon after, Bader returned to the U.S. to attend Groveton High School. He graduated from T.C. Williams High School in Alexandria, Virginia, and after a while, he went to college at the University of North Carolina School of the Arts.

Diedrich Bader has starred in many TV shows and films

Throughout the course of his acting career, Diedrich Bader has been a part of many popular television shows such as The Fresh Prince of Bel-Air, Star Trek: The Next Generation,  Quantum Leap, Diagnosis: Murder, and Cheers.

Bader’s first major role came in the year 1993 with the series Danger Theatre. In addition to this, he also appeared in a couple of movies such as Office Space, Napoleon Dynamite, The Beverly Hillbillies, Couple Days… A Period Piece, Certain Guys, Jay and Silent Bob Strike Back, Miss Congeniality 2: Armed and Fabulous, Sunny & Share Love You, and Playdate among many others. 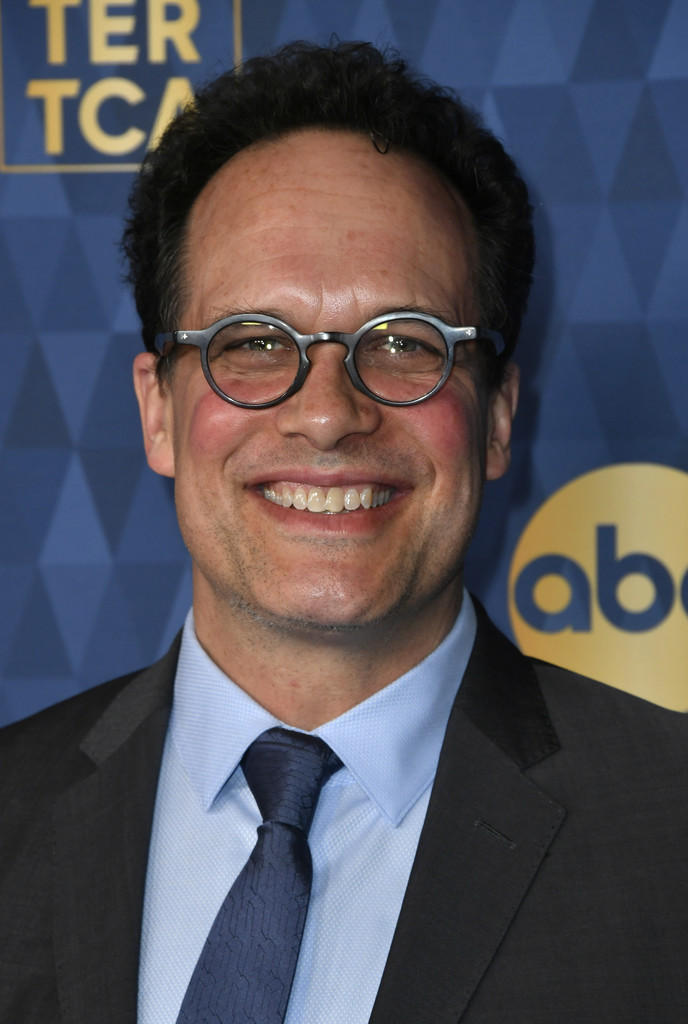 Yeah, you read that right. Over the years, Bader has voiced many characters in animated features, television series, and video games, like Ice Age, The Simpsons, Buzz Lightyear of Star Command, The Grim Adventures of Billy and Mandy, South Park, and The Penguins of Madagascar.

In the year 2012, Diedrich reprised his role as Rex in the animated TV series Napoleon Dynamite. Along with this, he has played the role of Russian Cosmonaut Yuri in Disney’s Space Buddies. 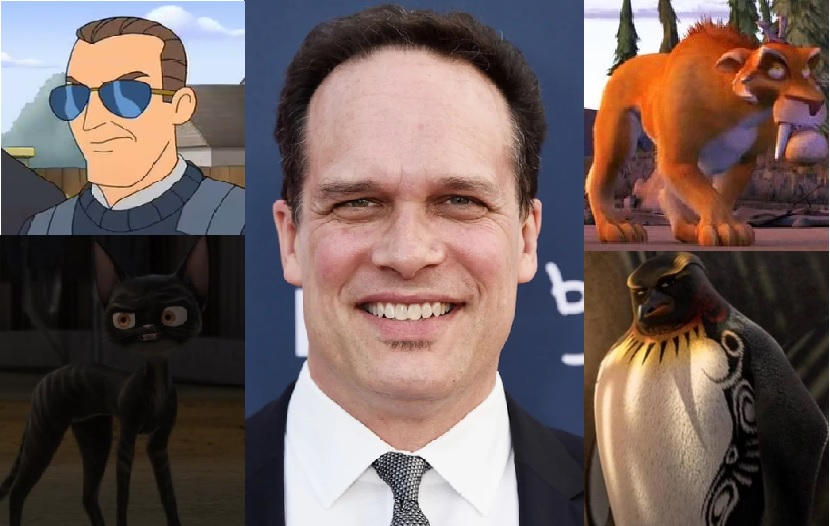 Bader has also lent his voice to various Batman cartoons, portraying both heroes as well as villains: Batman Beyond, The Zeta Project, and The Batman. He has also voiced the title character Bruce Wayne / Batman in Batman: The Brave and the Bold and Harley Quinn.

Diedrich has starred as Guy Gardner in Green Lantern: The Animated Series. His other voice credits are as follows: Judah Mannowdog in Bojack Horseman, the android Zeta in The Zeta Project, and the Fiskerton Phantom in The Secret Saturdays’.

When we put some light on the personal life of the Hollywood actor Diedrich Bader, he is a happily married man. He has been married to his wife Dulcy Rogers since the year 1997. His wife Dulcy is an actress and writer. She is best known for her work in Father of the Bride Part II, Certain Guys, and Sunny & Share Love You.

As per Dulcy’s IMDB page, she has been married to Diedrich Bader since May 25, 1997. Dulcy and Diedrich are proud parents of two children. Their son Sebastian came into the world in 2003 and their daughter Ondine joined them earthside in 2005. 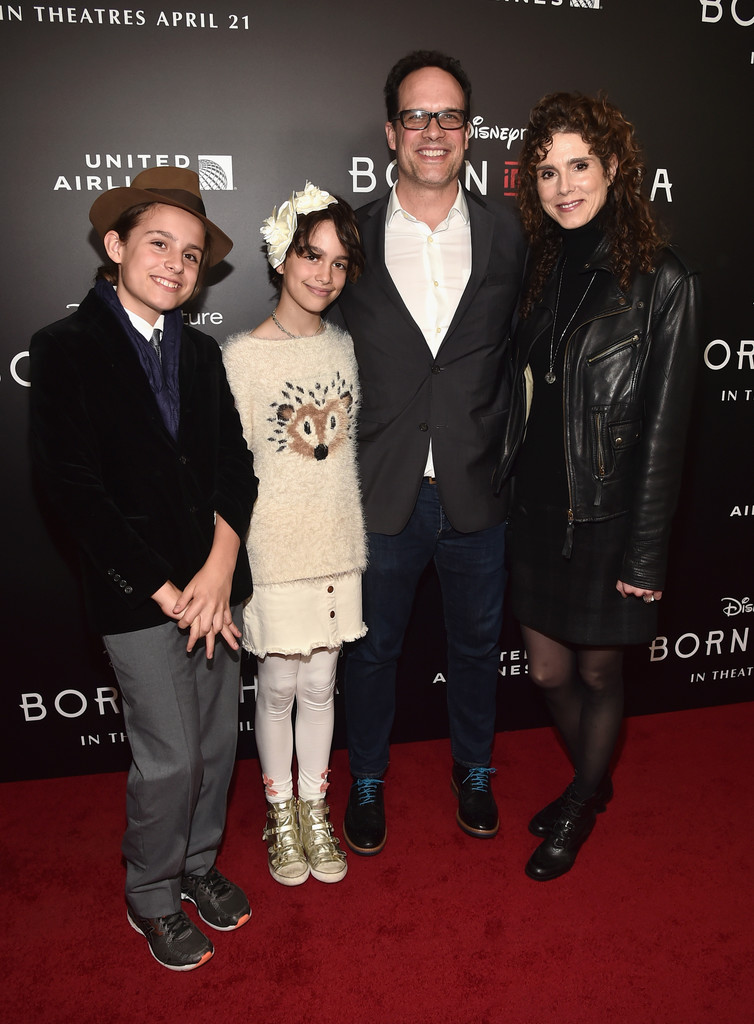 Have you seen the movie Weird: The Al Yankovic Story till now? If you have seen the biopic, then do let us know your thoughts on the movie in the comments section below. Don’t forget to stay tuned with us for the latest updates from the world of showbiz.