Chef and owner of the Make It Nice restaurant business, Daniel Humm, appeared to be having a nice time with their girlfriend actress Demi Moore.

It’s hardly surprising to see the couple kissing after they declared their relationship in April, however it was cute. The couple has always been seen as a charming couple who makes time for each other despite their hectic schedules. 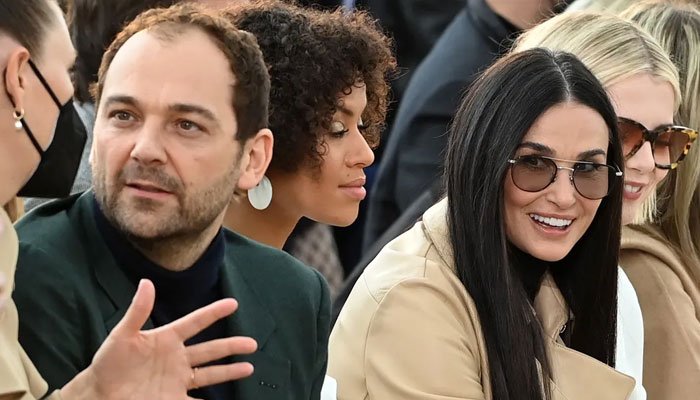 If you didn’t know he was actually an executive chef there and then purchased the restaurant. That’s quite a move. Well, do you want to know when and where this adorable kiss took place? Then, right below, we’ve gathered all of the information you need to know.

Okay, adorable. On Sunday, June 5, the couple visited the French Open at Stade Roland Garros in Paris, France. A lovely place. There were many photos taken of the couple, one of which showed Daniel and Demi sharing a passionate kiss.

And the other of which showed Daniel kissing Demi on the forehead. It’s actually pretty cute. A kiss on the forehead, lucky. Demi Moore was seen enjoying the tennis play while cuddling up to her bow and a cute little puppy. 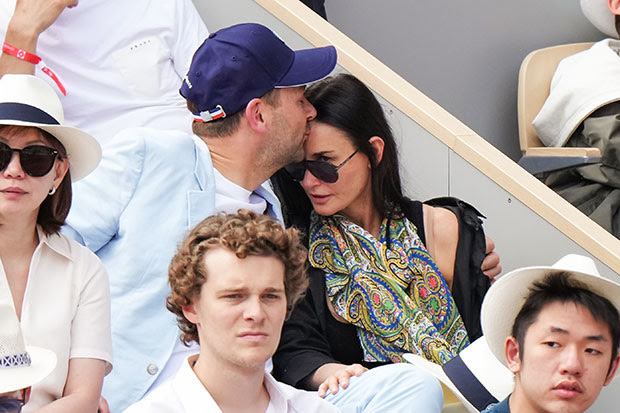 In the stands, the actress snuggled and held hands with her rumoured boyfriend, who was armed with a PDA. Demi looked absolutely stunning in a baggy black overshirt and dark culottes. Which she paired with a playful flash of colour in the form of a paisley pink infinity scarf with mixed colours.

The actress added more style to her outfit with a quirky mustard white trainer mixed with cyan colour with exquisite stitching. As she watched the match between Raphael Nadal and Casper route, the fresh-faced ghost actress wore a simple pair of aviators. 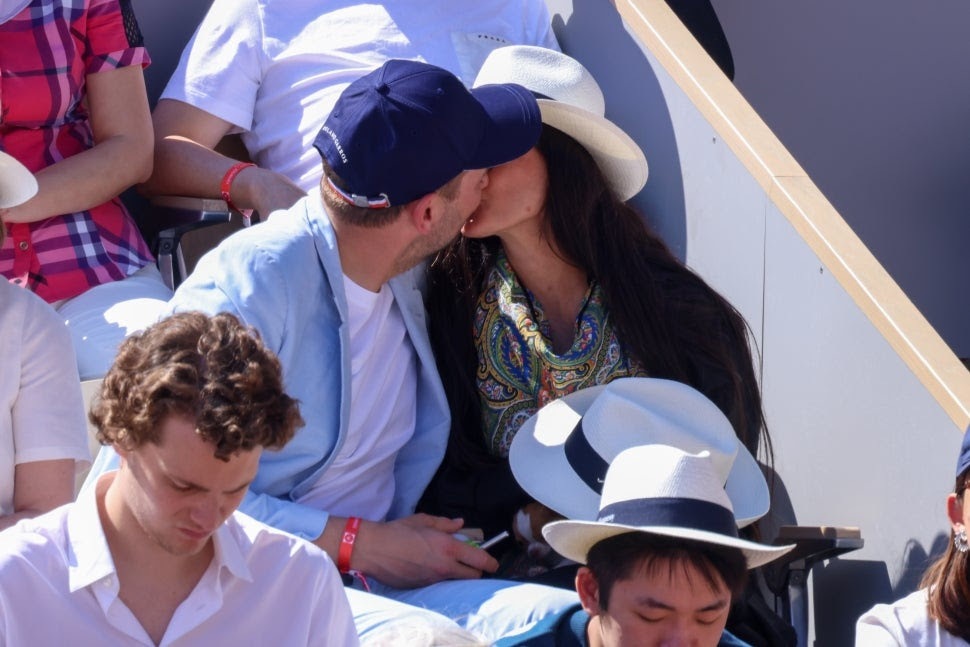 Daniel rocked a casual sporty vibe (well, obviously as they went to a match) with a periwinkle blue suit worn over a simple white t-shirt teamed with a navy baseball cap.

As we stated, Demi also held onto a small dog nestled in her arms, which made the moment more cute and comfy for the couple to secretly share a cute kiss. 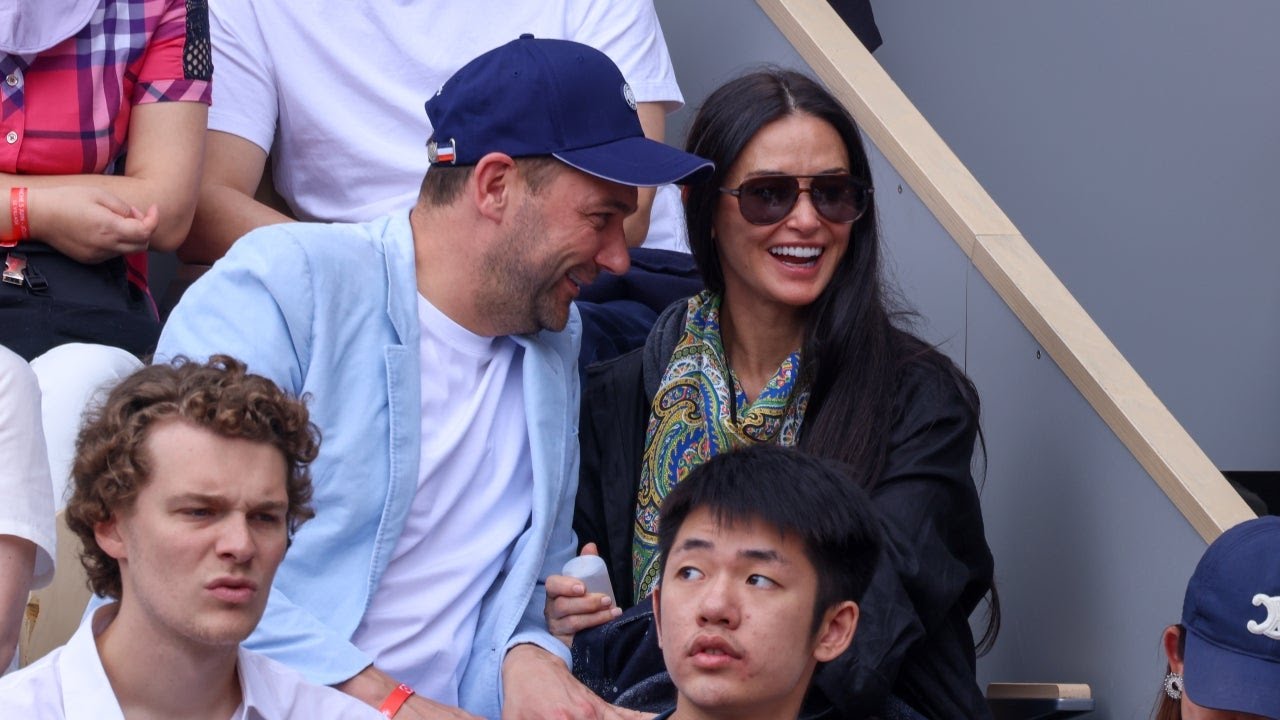 The Couple Announced Their Relationship In April

Let’s talk about their relationship. It comes after it was revealed in April that Demi had been secretly dating the Swiss chef and restaurant owner for a few months.

The lovely relationship was revealed just one day after Demi’s ex-husband, Bruce Willis, announced his retirement from acting after being diagnosed with Aphasia (a condition caused by brain damage that limits one’s ability to speak, write, and interpret language).

The actress is said to have found her soulmate with her new boyfriend, who is 13 years her junior, while also helping her ex-husband through his health issues. 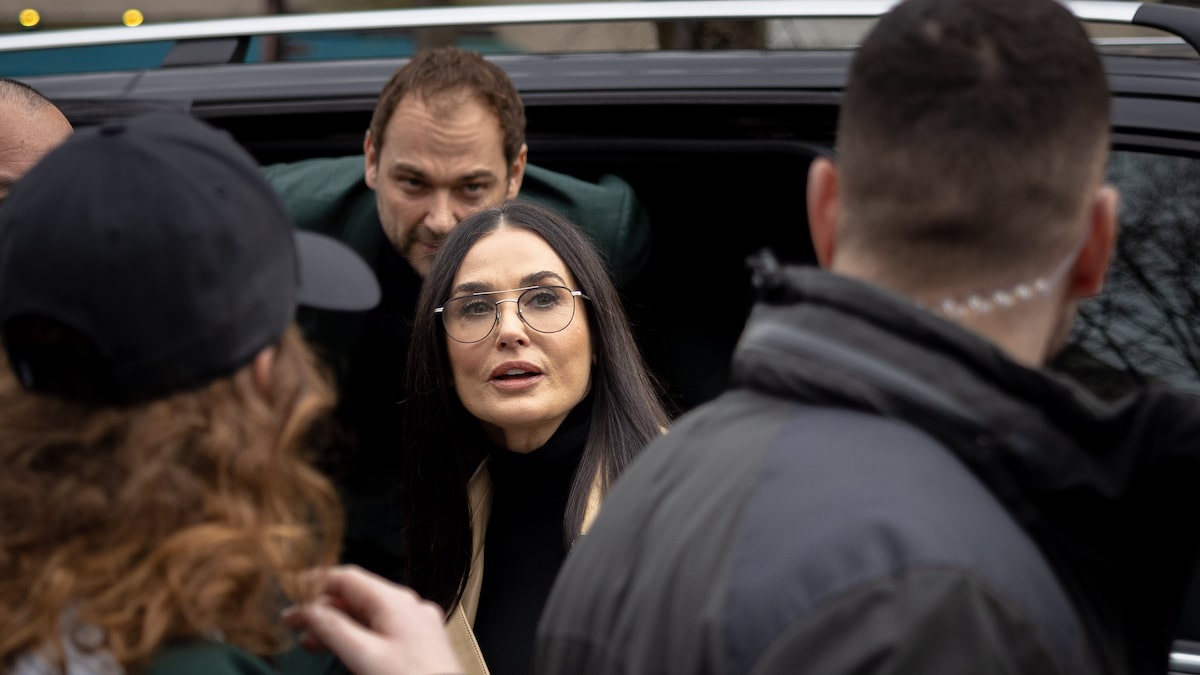 A source told the outlet about the actress blossoming new romance, “They are really hot and heavy at the moment.”

Later a while, the source added, “Daniel works long hard hours at his restaurant 11 Madison park. But they still often take time to have Demi join him for romantic dinners there.”

In recent months, the pair were seen attending the Chloe Women’s Wear Fall winter 2022, next to Maria Sharapova and Gugu in Bartholor in Pairs, France.

Their love is a living example that if there is understanding and love between two partners, age is truly a number.

What are your thoughts on the couple’s kissing scene? Do you believe they’ll take their relationship to the next level? Don’t forget to let us know what you think in the comments area below.