Who is Charithra Chandran? Actress who Plays Edwina Sharma in Bridgerton Season 2 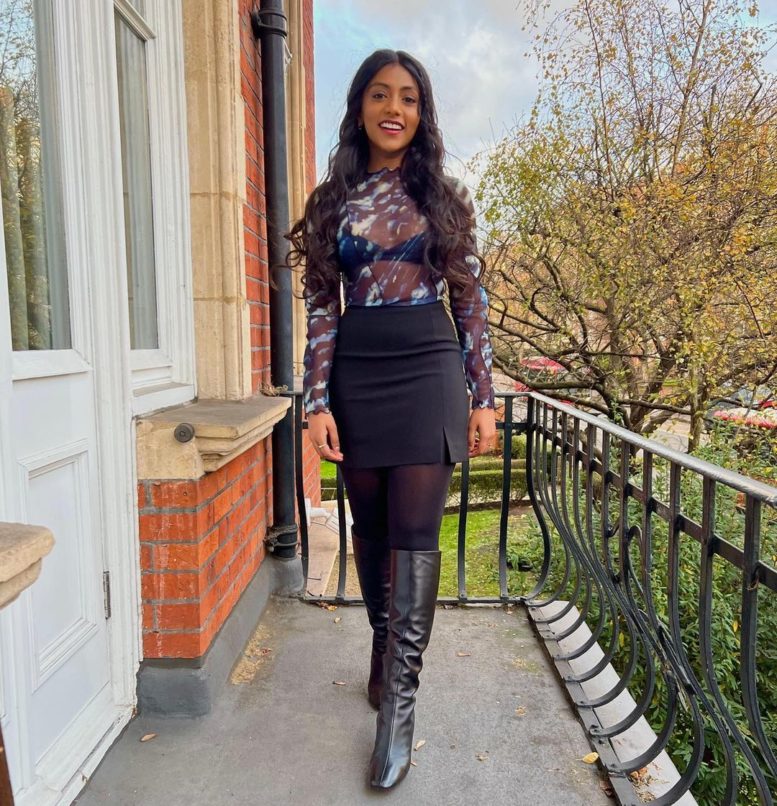 Charithra Chandran is playing the role of Edwina Sharma in Bridgerton Season 2. She has previously starred in Alex Rider, a science fiction series. She has also done a short film The Talents. Let’s get to know her better.

Who is Charitha Chandran?

Charitha Surya Chandran comes from a family of medical professionals. She was born in Perth, Scotland. The British actress has Indian parents who hail from Tamil Nadu. Chandran’s parents are separated. She has spent 2 years in Tamil Nadu with her grandfather.

Thereafter, Charitha moved to the UK when she was four and went to school in Liverpool. She finally settled down with her mother in Oxford during her teenage days whilst her father lived in Wales.

FYI, Chandran is an Oxford alumnus. She attended Oxford High School and went on graduating from New College, Oxford. She holds a bachelor’s degree in politics, philosophy and economics.

Charithra always liked Theatre. Even though she did not think about being an actress, Chandran was sure that she did not want to become a doctor like her parents. She participated in several productions during her university days and later joined the National Youth Theatre. She even turned down a job offer from BCG just to pursue her acting career.

In an interview, Chandran revealed “I didn’t want to be an actress, I just thought it was impossible. Sometimes you don’t allow yourself to dream of things you know are not going to happen.”

But here she is. She is awing fans with her acting as Edwina Sharma in Bridgerton Season 2 and fans are curious to know more about her. For Chandran, she hasn’t been long in this field but she says, “I always have a backup plan.”

The 25-year old actress has done a few films and televisions series. Well, she has a long way to go because she just started last year. Let’s have a look at her acting career from last year: 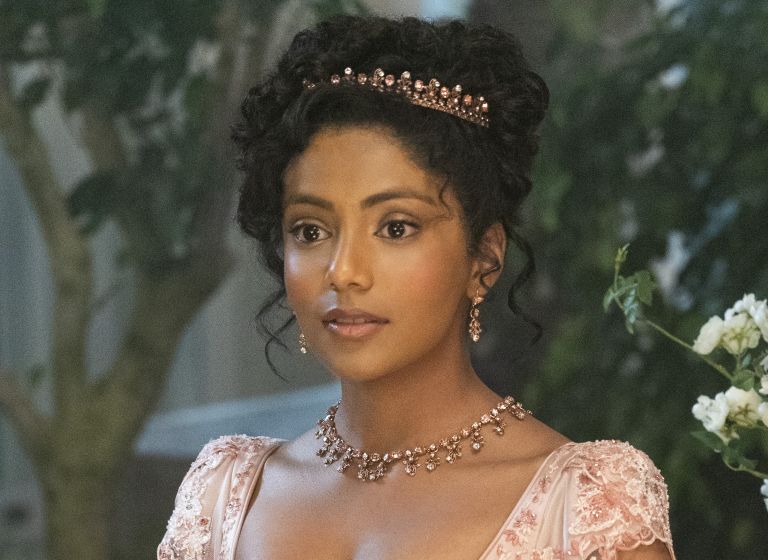 Chandran is making news for her role as Edwina Sharma in Bridgerton Season 2. The first part of this love quest series was a massive hit. It seems like Season 2 is all about the Sharma sisters. Especially, Edwina.

Edwina’s story is simple yet elegant. She is the young debutante who arrives in England to find a husband. But, she is under the radar of her mother and older sister. She is a puppet of Lady Danbury and proves extremely famous among the Bridgertons.

Have you already watched Season 2? Charithra has finally achieved a big role that may prove strong for her acting career. As I said before, she still has a long way to go. What do you think about Charithra Chandran?