Who is Armadillo on ‘The Masked Singer’ Season 7?

The Masked Singer costumes are filthy expensive and Season 7 is taking the costume game to the next level. From Hydra’s three-headed look to Armadillo’s rocky personality, designers take months to prepare these costumes. Armadillo appeared on yesterday’s show in a heavy costume with golden fringe and heavy boots. The Team Good contestant dazzled the judges by singing “Secret Agent Man” by Johnny Rivers. Let us figure out who is behind the mask.

About The Masked Singer

The contestants’ identities are concealed from the host, panellists, audiences and other contestants until they are finally eliminated. This is the seventh season of the popular American show. Lemur’s identity was revealed yesterday as supermodel Christie Brinkley. The Lemur got eliminated following a series of events related to her costume and choice of song. 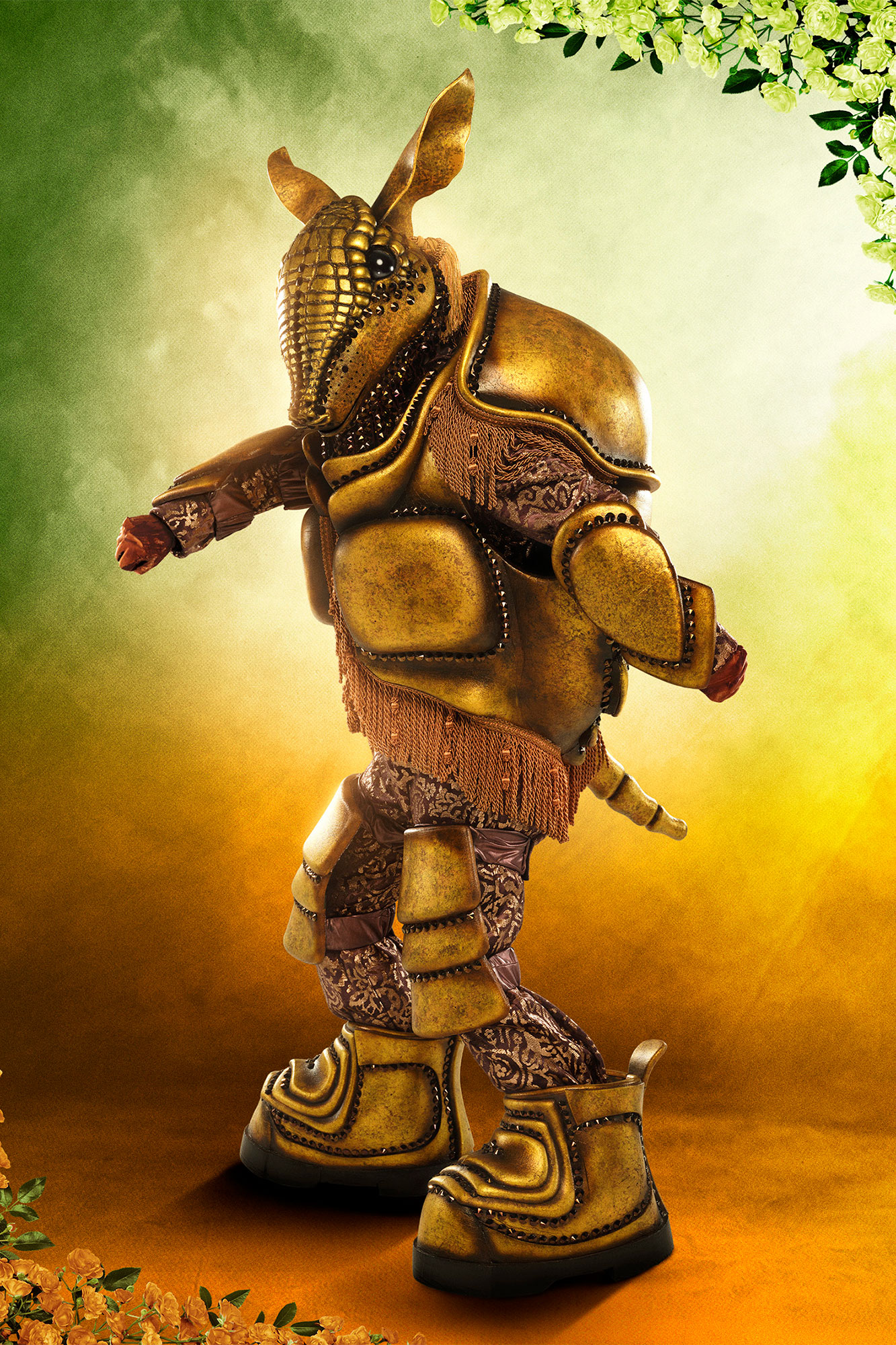 Armadillo was seen wearing a heavily armoured costume that was covered with golden fringe. He also wore some massive chunky boots. Last month, Armadillo landed flat on the ground while trying some kicking manoeuvre during the shooting of this televised show.  However, not much damage was caused to his expensive costume. There is a possibility that it could be our favourite David Schwimmer from Friends. Remember when Ross makes an appearance as Holiday Armadillo? The panel judges guessed it could be Chuk Norris, Erik Estrada or Vin Diesel. Have a look at who thinks what:

Fresh up — a slice of a clue from #ArmadilloMask! 🎂 #TheMaskedSinger pic.twitter.com/ztn81ctwYz

I do not think that it’s Vin Diesel because the star surely does not likes to grill hot dogs. Honestly, Armadillo has played well with such cryptic clues while successfully hiding his true identity. However, the above guesses can be of importance to understanding who exactly is this hard-plated Armadillo.

One fan took to Twitter and said, it’s dog the bounty hunter, I mean, Duane Lee Chapman. Have a look at this tweet. Many fans are speculating that Armadillo could be Chris Jericho, Sylvester Stallone or Daniel Craig.

I must confess that Armadillo did a good job keeping his identity a suspicion all this time. Spoiler Alert! have a feeling that it could be David Schwimmer from Friends. Well, that is just a guess and I am not too sure. Help me out with this. What do you think?